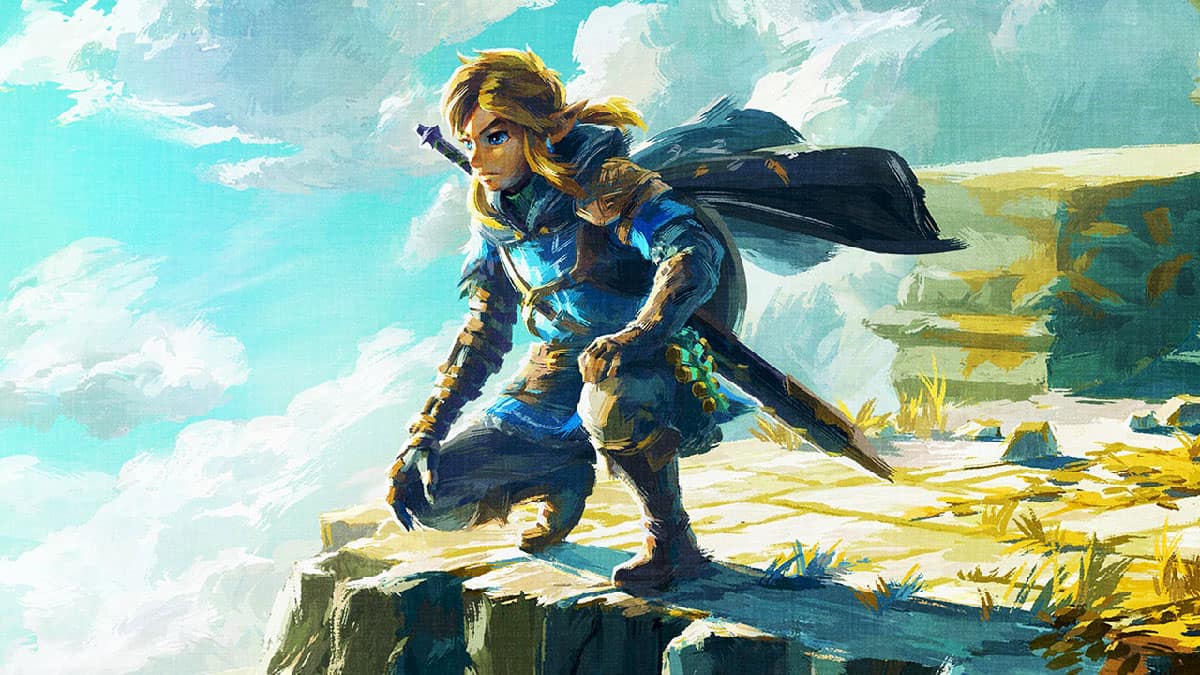 Along with being one of most coveted Nintendo exclusives, The Legend of Zelda is a long running franchise spanning decades of releases.

Throughout history, the series has tackled different genres and gameplay elements while maintaining its core identity and high fantasy aesthetic.

So for those looking forward to playing Tears of the Kingdom, we’ve compiled a list of the best games like The Legend of Zelda for PC and consoles.

This includes action-adventure, dungeon crawling, and open-world games that draw inspiration from The Legend of Zelda’s design in some form.

Directly inspired by The Legend of Zelda, Tunic is an action-adventure game that casts you as a little sword-wielding fox on a big journey.

Combining dungeon-crawling, puzzle-solving, and Soulslike combat, the game takes on a mysterious island teeming with secrets and challenging encounters.

While many of Tunic’s battles require finesse and a bit of patience, the developer includes the option to dial them down using optional modifiers.

Doing so will swing the odds back in your favor and let you get back to focusing on uncovering parts of the map and discovering other mysteries.

With a pixel art style reminiscent of the Game Boy Color, Prodigal is an irresistable 2D adventure game that pays homage to handheld Zelda titles.

You play as a pickaxe-wielding adventurer who decides to strike out on their own in a vibrant world overrun with monsters, puzzling dungeons, and friendly townsfolk.

Prodigal offers a compelling story that’s made even better due to its romance system in which players can win the hearts of various NPCs.

This adds an extra layer to the gameplay experience that results in an immersive dungeon-crawling adventure that pixel art fans won’t want to miss.

Death’s Door offers a unique blend of Soulslike combat and Zelda-inspired puzzles that make it hard to put down.

In it, players are cast as a small crow employed by an afterlife company in charge of gathering incompliant souls by any means necessary.

Gameplay is similar to Zelda in that it forces you to combine different weapons and tools to defeat enemies and traverse dungeons.

Lastly, while Death’s Door takes on more of an isometric perspective, much of its core design feels reminiscent of top-down Zelda games.

Our next recommendation to Zelda fans is Garden Story, a bright and wholesome action adventure RPG about a heroic grape named Concord.

When an invasive rot begins to take over The Grove, Concord sets out to restore his community by slaying monsters and helping improve the town.

As players explore the world, they’ll unlock new memories that allow Concord to harness his ancestors’ powers and become stronger in battle.

Kamiko is another short indie game that offers similar gameplay as top-down Zelda titles while centering on more hack-and-slash-style combat.

Heavily inspired by Japanese Shinto beliefs, it has you assuming control of a priestess forced to battle an army of demons.

Like Zelda, gameplay focuses on sword-based combat and solving puzzles to unlock magically sealed gates throughout the world.

Breaking them all reveals various stage bosses that require players to use every trick and tool at their disposal to beat.

Moving along, Wally and the Fantastic Predators is a frantic bullet hell rogue-lite with a sprinkling of Zelda-inspired elements.

In it, you play as a sword-wielding fox named Wally who sets out to explore randomly generated dungeons whose rules change from level to level.

For example, one dungeon may restrict Wally’s vision while another features deadly Indiana Jones-style boulders for him to avoid.

This applies to Wally’s arsenal of weapons and upgrades, as new game-changing abilities are frequently introduced to help shake up the combat.

If you’re on the hunt for more open-world experiences like Breath of the Wild to help escape real life for a few hours, Sable is a solid alternative with gorgeous visuals.

Billed as a puzzle adventure game, it tells the coming-of-age story of a young woman completing a rite of passage known as the “Gliding.”

This leads to an unforgettable journey spanning vast deserts and mesmerizing landscapes littered with the remains of mysterious spaceships and ancient technology.

As players explore the world and solve puzzles, they’ll unlock new rewards while advancing the story through branching dialogue.

Combining fierce felines and Zelda-inspired adventures, Cat Quest is an adorable indie RPG series that’s worth putting on your radar.

Consisting of two entries, the series casts you as a tiny orange cat tasked with saving the kingdom of Felingard from evildoers.

If you haven’t played the original, that’s the best place to start before moving on to the sequel, Cat Quest II.

Bear in mind, these games are fairly casual RPGs, allowing you to take things at your own pace while exploring dungeons, battling enemies, and learning new skills.

Anyone who enjoyed Breath of the Wild and owns a PlayStation console is welcome to pick up Ghost of Tsushima as well.

The similarities between the two are pretty obvious: flexible sword-based combat, environmentally diverse open worlds and tons of secrets to track down.

Ghost of Tsushima’s combat is admittingly a lot more complex and places a bigger emphasis on stealth-based encounters.

However, fans of BOTW will still find plenty to admire as Tsushima’s open world is just as vibrant and fun to explore.

Horizon Forbidden West is another standout PlayStation exclusive that will appeal to fans of Breath of the Wild.

In it, we follow protagonist Aloy as she sets out to explore a brand new region that will put her face to face with even tougher enemies and bosses.

The most notable features for Zelda fans are a host of bows and arrows, unique armor sets, and streamlined systems for organizing gear.

On the gameplay side of things, Forbidden West throws underwater exploration into the mix, allowing you to bypass certain enemies and reveal hidden areas.

Kirby is another long-running Nintendo franchise mascot that received a new updated adventure for the Nintendo Switch.

In Kirby and the Forgotten Land, the powerful pink hero is transported to a mysterious world where he’ll have to rescue Waddle Dees from the villainous Beast Pack.

Aiding him in his quest is a set of new copy abilities that allow Kirby to steal his enemies’ abilities and make them his own.

Carrying on, Hob is an indie action-adventure puzzler that comes from developer Runic Games, best known for the Torchlight series of RPGs.

Sporting a similar art style as Breath of the Wild, the game has you exploring a world both beautiful and brutal in nature.

Along the way, you’ll encounter various strange lifeforms that with the power to help you or make things more challenging.

Much like Zelda, many of Hob’s puzzles and story-telling rely on reading the environment and picking out subtle clues.

Both Blossom Tales games do a great job of paying homage to The Legend of Zelda’s retro gameplay and art style.

This includes A Link To The Past-inspired top-down visuals and combat that has you wielding a sword, shield, and boomerang in battle.

Blossom Tales II: The Minotaur Prince is the most recent entry between the two and sees players embarking on a new 2D adventure to save their kingdom.

Like Zelda, gameplay centers on classic dungeon crawling and puzzle solving with a wide array of weapons, abilities, and tools.

The original Ittle Dew is a charming, top-down Zelda-like that was ultimately held back by a few shortcomings.

Thankfully, most of these were addressed by a follow-up, Ittle Dew 2, which received a large free “+” update with additional dungeons and secrets to uncover.

In it, players follow the titular hero Ittle and her magical fox companion as the two find themselves shipwrecked on a mysterious island.

This premise is very reminiscent of Link’s Awakening and plays out similarly, with Ittle having to clear dungeons to recover 8 pieces of her raft and leave the island.

Suparland Six Inches Under is the follow-up to Supra Games’ hit Portal-meets-Zelda Metroidvania and offers a fun mix of platforming and puzzle-solving.

Next up is RiME, a lovingly crafted adventure puzzle game that casts you as a young boy who wakes up on a strange island after enduring a powerful storm.

Guided by an adorable fox, players set out to explore the island’s long-forgotten ruins and search for answers while stalked by a winged monster.

At the edge of the island lies a massive tower housing a deep secret that can only be unlocked by solving ancient puzzles.

Much like Zelda, the game incorporates shadows, perspective, and time manipulation as part of its puzzle mechanics.

Minit is a budget 2D Zelda-like with minimalist black-and-white pixel art and a unique time-based system reminiscent of Majora’s Mask.

The entire game can be completed in under 60 seconds, however, this requires many attempts as players must trigger different events to advance the story.

This includes obtaining key items, such as a sword, by completing tasks for NPCs and defeating enemies in the world.

Doing so unlocks new areas and brings you one step closer to lifting the curse that’s trapped your character in the perpetual 1-minute cycle.

Last up is Moonlighter, another Zelda-like with stunning pixel art that manages to tell its story primarily through visual cues and the occasional dialogue.

In it, you take on the role of Will, a shopkeeper with big dreams of becoming an adventurer whose name will be remembered throughout history.

His passion leads him to explore nearby dungeons at night, where he encounters ferocious enemies and valuable treasures to sell in his shop.

The mix of Zelda-inspired dungeon crawling and shopkeeping gameplay is executed wonderfully with a tinge of satisfying risk-versus-reward progression. 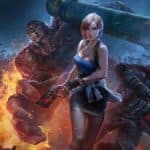