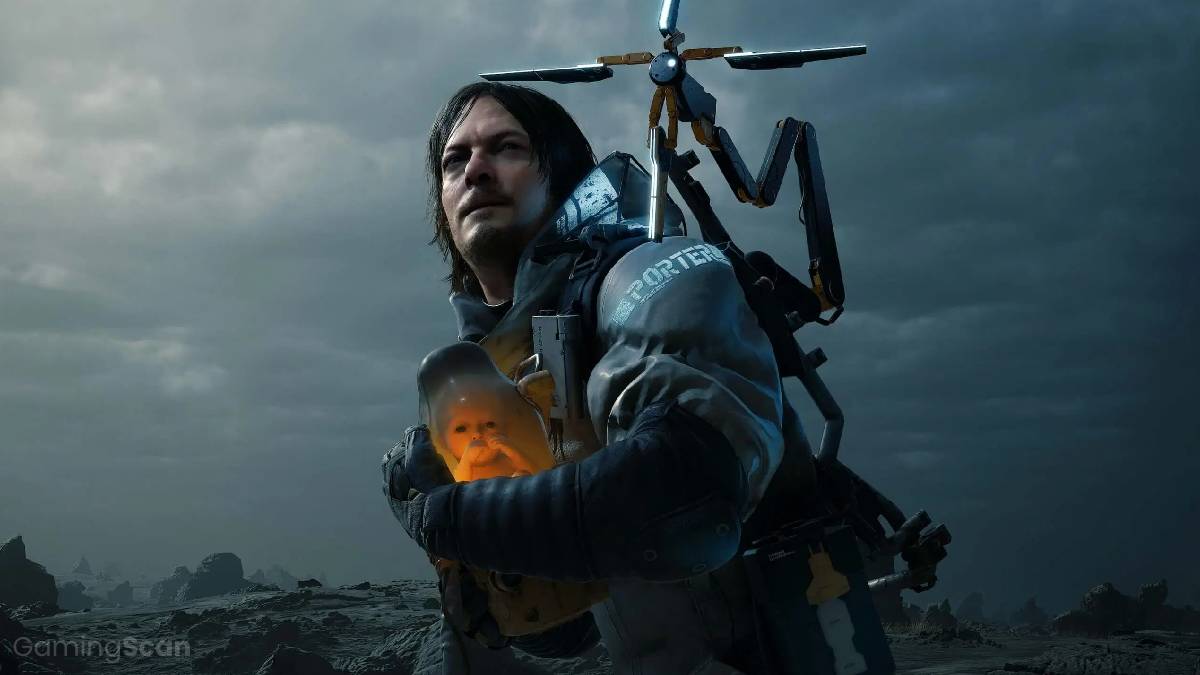 Like every Kojima game, Death Stranding takes players on a strange and puzzling adventure filled with tense moments and intriguing characters.

While it might have its flaws, the game still manages to nail the landing thanks to an addictive gameplay loop revolving around delivering packages across the barren United States littered with enemies of all shapes and sizes.

After you’ve spent around 40-50 hours getting to know the game’s eccentric cast and reconnecting colonies, you may find yourself still craving more from Death Stranding‘s one of a kind game design. And although nothing else can quite match its bizarre nature, there are a few games that come close enough.

Here, we’ll be highlighting the best games like Death Stranding to check out once your days of careening down rivers and protecting BBs are over.

What better a game to pick up after Death Stranding than another Kojima Productions title. Serving as the ninth installment in the Metal Gear series, Phantom Pain revisits the solid stealth mechanics, cinematic presentation, and satisfying gameplay loop the franchise is known for.

This is further complemented by a more flexible mission design structure that allows you to approach the game like a giant sandbox.

While playing Phantom Pain, it’s easy to see what concepts led Kojima to arrive at a game like Death Stranding, such as activities like infiltrating enemy bases and rescuing prisoners.

If you’re a fan of Kojima’s thematically dense and often confusing narrative, you’ll be happy to hear Phantom Pain includes just as many long-winded cutscenes with copious amounts of dialogue.

Breath of the Wild‘s rendition of the kingdom of Hyrule is truly unmatched by any previous game in the series, offering players a diverse sandbox consisting of multiple regions with unique enemies and weather conditions.

Similar to Death Stranding, the real joy comes from exploring environments organically and stumbling upon new landmarks or rewards.

This can be mostly attributed to the satisfying yet distinct traversal mechanics present in each game. In BOTW, you can end up scaling mountains for hours upon hours just to discover what lies at the top of each peak.

Death Stranding takes this a step further by letting your craft tools like ladders and bridges to reach new areas. As a result, the act of traveling from point A to B ends up feeling like a series of highly-rewarding mini-games.

Nier: Automata is a bizarrely fantastic action RPG that includes the lightning-fast combat fans have come to expect from PlatinumGames. And just like Death Stranding, the game disregards many gaming conventions for the sake of art.

This is most obvious when it comes to storytelling, with Nier: Automata requiring players to complete multiple playthroughs from the perspective of different characters to get the full experience.

Both games are set in a post-apocalyptic world filled with aliens, and they both explore themes of humanity and morality. However, it should be noted that Nier: Automata emphasizes combat over stealth, with many of its boss battles having multiple phases that increase in both difficulty and absurdity.

If you enjoyed the weirdest parts of Death Stranding, you should feel right at home with all the curveballs Nier: Automata throws your way.

Red Dead Redemption 2 is a bold game that’s not afraid to sacrifice the player’s enjoyment just to get its point across. At least, that’s what we like to think as we wait for the painfully-slow and morbid animal skinning animations to play out.

Jokes aside, small details like this go a long way towards immersing players in a game’s open-world, and without them, Red Dead 2 wouldn’t leave as lasting of an impression.

This is mirrored by the game’s main character, Arthur Morgan, a Western criminal whose mindset and morality evolve throughout the game. Similar to Death Stranding‘s Sam Porter Bridges, Arthur can directly affect the lives of those around him, for better or worse.

It’s ultimately up to the player to decide who’s worth saving and how far they’re willing to go to make things right.

Aside from also being a PlayStation 4 exclusive, Horizon Zero Dawn has a lot in common with Death Stranding. For one, both games see you exploring a barren wasteland filled with enemies who can easily overpower you, making stealth an absolute must.

Furthermore, both games feature a mysterious open-world whose origins can only be unraveled by playing the game.

However, our favorite similarity is how brave and noble both games protagonists come across to the player. Sam and Aloy have meaningful motives that drive them to keep moving forward and complete their task.

For Sam, it’s about restoring the strands between the colonies; for Aloy, it’s uncovering her past as well as finding her place in the world.

Considering how much of Death Stranding is grounded in science fiction, we thought we’d highlight another game that uses technological wizardry to get its point across.

Control carries over a lot of the themes and mechanics found in previous Remedy games while telling an original story centered on Jesse Faden, a woman equipped with supernatural abilities and a shape-shifting gun called the Service Weapon.

Just like Sam is forced to traverse hostile lands littered with obstacles like camouflaged BTs and timefall decay, so too does Jessie face her own dastardly foes as she makes her way through the Oldest House, a secret government facility responsible for housing supernatural objects.

While Control may be more fast-paced than Death Stranding, both games feature challenging 3D platforming.

As the newest recruit of Outer Wilds Ventures, an up-and-coming space program looking to expand its knowledge of space and its many secrets, Outer Wilds tasks you with exploring nearby planets within your solar system. The twist is, your character has become trapped in a perpetual 22-minute time-loop that sees them returning to the starting area of the game over and over again.

Your journey sees you traveling to lore-rich planets with distinct weather conditions, secret locations, and a myriad of hazards such as black holes, oxygen deprivation, and more.

Similar to Death Stranding’s time-accelerating ‘timefall,’ these obstacles act as environmental puzzles that need to be observed to bypass their negative effects.

Metro Exodus is the latest and most impressive entry in the shooter franchise and sees you reprising your role as everyone’s favorite Russian scavenger, Artyom, as he and his family set off to find a new home beyond the frozen wasteland.

While part of the journey entails traveling via a massive steam-powered train called the Aurora, there are still plenty of opportunities to explore on foot.

As you make your way around a post-apocalyptic Russia, you’ll be subjected to brutal weather conditions, ammo-scarcity, lethal radiation, and a host of mutated creatures threatening your survival at every turn.

Although searching every nook and cranny won’t yield any Monster Energy cans, the game rewards you with additional ammo, weapon parts, and bits of lore.

A big part of what makes Death Stranding’s atmosphere so effective is how isolated the player is led to feel while exploring the game’s open-world. As you guide Sam Bridges across sprawling landscapes and traverse rough terrains, you’re constantly reminded that you’re entirely on your own, unless you want to count BTs and cargo thieves.

Another title with plenty of atmosphere is Journey, a short indie adventure game originally released in 2012. In it, you play as a robed figure on a quest to reach the mountain that lies just beyond a wasteland that was once a thriving civilization.

As you make your way across the eroded desert, you’ll face platforming challenges and quickly realize you’re not as alone as you thought.

FAR: Lone Sails is another brief indie romp where the goal is to keep moving forward as you navigate a massive ship across a barren, post-apocalyptic tundra. While there’s still plenty of atmosphere and isolation to take in, the minute-to-minute gameplay feels very reminiscent of Death Stranding.

Since your ship will stop moving if you don’t keep it running, you’ll find yourself constantly moving between different operating stations to keep the engine engaged, the boiler stocked with fuel, etc.

This is comparable to Death Stranding’s traversal system, which sees you juggling a bunch of different tasks at the same time, such as managing Sam’s stamina, looking out for enemies, balancing the weight of packages, and crossing dangerous rivers.

Both games can feel like you’re fighting an unwinnable uphill battle until you realize it’s the journey that’s important, not the destination.

Considering Death Stranding is all about delivering packages across the United States, why not include a game that offers the same thing with the added luxury of driving massive eighteen-wheelers.

American Truck Simulator sees you traveling across a picturesque version of the American frontier, swapping out Death Stranding’s gloomy environments in favor of grassy fields and vibrant sunsets.

They require you to channel all the skills and patience you can muster into navigating congested highways, managing heavy hauls, and pulling off the perfect parking job once you reach your destination. While their tones may differ significantly, both games emphasize finding satisfaction in humble work.

Alternatively, you could decide to continue your career as a professional package shepherd in a new environment, one with a lot more technology and neon. Cloudpunk sees you traveling across a vibrant, cyberpunk metropolis during your first night working for a semi-legal delivery service with a “Don’t ask, don’t tell,” business motto.

While you spend most of the game inside a delivery hover-car, once you arrive at your destination, you’re required to go on-foot to hand-deliver packages to a host of shady characters such as androids, hackers, rogue AI, and everyone in between.

Like Death Stranding, the game encourages you to discover secret locations and rewards you with cool items and additional lore. 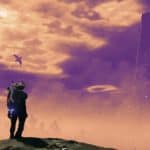