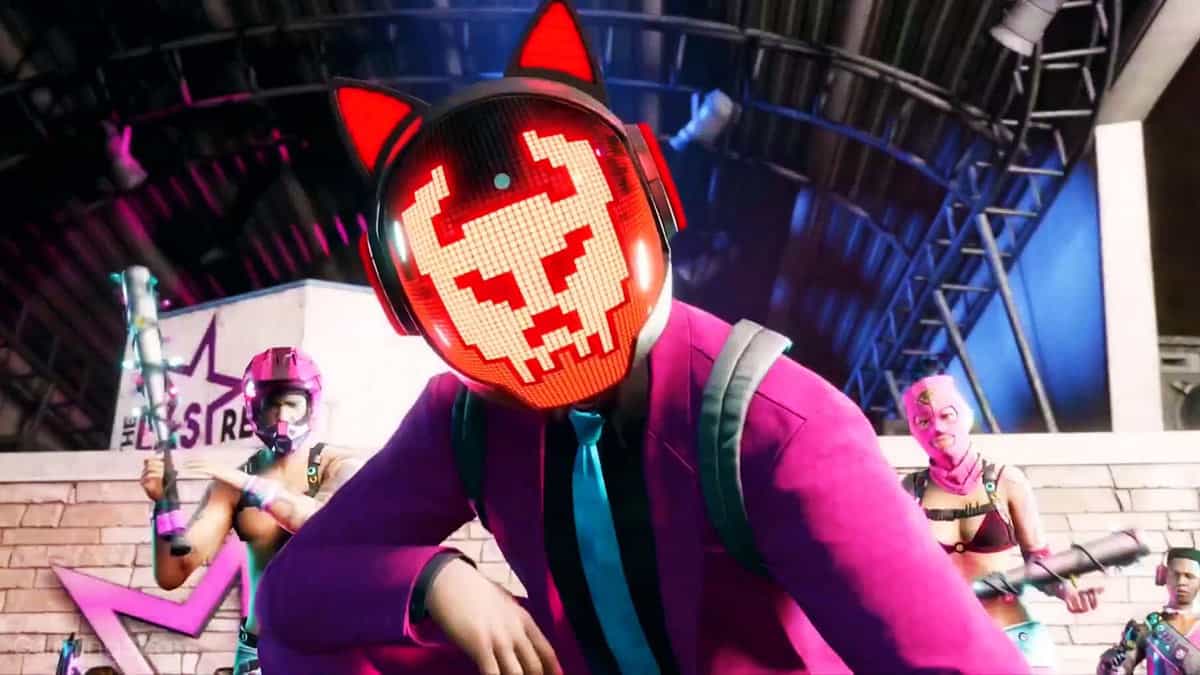 With roots stemming back to the mid-2000s, Saints Row has captivated players for years with its distinct brand of shock humor and action-packed gameplay.

As one of the few successful open-world crime game franchises, it was originally compared to games like Grand Theft Auto until it eventually found its own identity.

So for those looking for similar experiences, we’re happy to highlight the best games like Saints Row for PC and consoles in 2023.

For more gaming recommendations, check out our other curated lists, and comment below with your favorite Saints Row game!

If you enjoy living out your wildest criminal dreams while exploring a dynamic open world, then the Watch Dogs series is for you.

Each entry is teeming with modern tech and gadgets along with sandbox environments just beginning to be traversed, including the most recent Watch Dogs: Legion.

Set in modern-day London, it sees you recruiting a team of hackers, mercenaries, criminals, and average working Joes to help bring down a corrupt private military.

Even if there’s an emphasis on using gadgets and hacking tools to overcome challenges, it’s ultimately up to the player to decide if they want to use guns.

The Saints Row games are frequently absurd both in gameplay and writing, with many missions putting you in bizarre situations you wouldn’t expect to be in a video game.

Destroy All Humans is another game series that takes a rather crass approach to its writing and gameplay while telling an absurd story about aliens taking over the world.

In it, you play as Crypto, an alien soldier assigned to infiltrate planet Earth and harvest DNA from its inhabitants by any means necessary.

Crypto’s quest sees him getting up to all sorts of hijinks ranging from stealing cows, disguising himself as local officials, and leveling entire towns using advanced alien technology.

The truth of the matter is most AAA games take themselves way too seriously these days, making games like Saints Row increasingly rare to find.

Thankfully, indie developers are always willing to push the boundaries and try out new ideas that may be too risky for a bigger studio.

Such is the case with Just Die Already, a self-proclaimed “old people mayhem sandbox” from the designers of Goat Simulator that casts you as an angry old person booted out of retirement.

With the city at your fingertips, you’re encouraged to get out and explore while completing dangerous challenges and wreaking havoc on the public.

If you’re searching for co-op games like Saints Row, then Borderlands 3 is a great option that supports both online and local split-screen multiplayer.

Serving as the latest entry in the over-the-top looter shooter RPG, it sees you returning to the barren wasteland of Pandora, home to a host of eccentric and charismatic bad guys.

Like Saints Row, the Borderlands games are all about using creative and unique weapons, skills, and abilities to take out bad guys and cause mayhem.

Additionally, both franchises are known for their comedic storytelling that looks to downplay the moral implications of your laundry list of crimes.

The Outer Worlds is another action RPG that keeps things light with snappy writing and funny characters that aren’t afraid to speak their minds.

In it, you take on the role of an unlikely hero tasked with deciding the fate of a starving space colony spanning eight planets on the brink of collapse.

As you make your way across the game’s diverse solar system, you’ll encounter unique and bizarre terrain, characters, and challenges that can be tackled in different ways.

Due to the open-ended nature of RPGs, the game allows you to play things straight or dive headfirst into the absurd via unexpected dialogue choices and unprompted violence.

Technically not part of the Saints Row series, Agents of Mayhem is another open-world action-adventure title created by Volition that takes place in the same universe, sort of.

The game is set after Gat Out of Hell’s “Recreate Earth” ending, wherein the Saints Row continuity was retconned and resulted in Johnny Gat becoming a Police lieutenant in Seoul, South Korea.

Johnny Gat is accompanied by 12 playable characters, many of which appear throughout the Saints Row series in some capacity.

Originally intended to be a spin-off, the game follows many of the same story and game beats as the Saints Row series including over-the-top action and zany dialogue.

­Releasing nine years after Crackdown 2, Sumo Digital and Microsoft Studios’ Crackdown 3 was the product of numerous delays that resulted in dated gameplay and a lack of innovation.

However, despite its flaws, the game still offers satisfying action-driven sandbox gameplay reminiscent of the Saints Row series, particularly the later entries that grant you superpowers.

This is because Crackdown 3 also has you playing as a super-powered mercenary fighting to bring down an evil corporate organization that has taken over the city.

To carry out their mission, players must fight mobs of bad guys using overpowered weapons, abilities, and vehicles while traversing a massive open world.

Just Cause is another open-world franchise with gameplay similar to Saints Row where players can unleash their inner madman and cause a ton of chaos.

We suggest picking up the most recent entry in the series, Just Cause 4, which sees series protagonist Rico Rodriguez on a mission to disband a malicious military group known as the Black Hand.

To do so, players will have to make their way across a vibrant South American landscape with lush vegetation, breathtaking vistas, and staggeringly tall mountains.

Much like Saints Row, players are given a wide selection of weapons and gadgets to aid them along the way, including a cool grappling hook that allows you to zip across environments.

Best categorized as a modern 3D beat ‘em up, the Yakuza series is known for its ridiculous sense of humor and exaggerated combat mechanics.

This makes it a good substitute for Saints Row players that want to get up to even more hijinks in a distinctly Eastern open-world setting.

Much like its real-world counterpart, Yakuza’s Kamurocho acts as the nightlife capital of Japan and offers an abundance of fun activities that will entertain and sometimes even bewilder players.

While there have been an exhaustive number of Yakuza games released throughout the years, we recommend newcomers start with Yakuza 0, a prequel that sets the stage for later entries.

Saints Row fans in the market for another classic crime game that has stood the test of time are welcome to pick up or revisit United Front Games and Square Enix’s Sleeping Dogs.

In this criminally-underrated open-world game, you play as a gritty cop trying to survive while undercover in Hong Kong’s shady underbelly.

Gameplay checks all the boxes for your standard open-world game with the ability to drive vehicles, trigger unscripted shootouts and brawls, and visit unique destinations.

The best way to play Sleeping Dogs in 2023 is through the Definitive Edition with improved visuals and audio as well as all previously released DLC included.

Another criminally-underrated open-world game that was released in the mid-2010s, Mad Max is based on the well-known post-apocalyptic film franchise.

In it, players control the titular Max as he sets out to conquer the wasteland with his hobbled-together death trap vehicle called the Magnum Opus.

Over time, players can use collected materials to upgrade their car and engage in vehicular combat with crazed bandits out on dusty roads.

When you’re not cruising around, the game offers several junk towns to explore as you take out bosses and rival factions vying for control over different territories.

The Saints Row games aren’t alone in their commitment to breaking the fourth wall and inserting all sorts of crude jokes about adult topics.

If you enjoy Volition’s approach to tackling such subject matter, we recommend also checking out Sunset Overdrive by Insomniac Games.

Set in a colorful open world, it sees you making your way around a punk rock-inspired metropolis battling waves of zombie-like mutants with an assortment of ridiculously overpowered weapons.

The comparisons between both games run pretty deep, so if you never got a chance to experience this game when it was first released as an Xbox exclusive, now is the perfect time to go back.

Of course, this list wouldn’t be complete without mentioning what’s arguably the yin to Saints Row’s yang, none other than Grand Theft Auto.

The two are often compared against each other despite taking on very different tones throughout the years as both continue to evolve.

Still, the similarities are there for those who enjoy exploration-driven open-world games where you can make money by blowing stuff up.

Grand Theft Auto V has been around for a decade now and still offers one of the best digital playgrounds for growing a criminal empire with an endless supply of guns and cars.

Another feather in Rockstar’s cap, Bully is regarded as one of the best open-world games and sports a similar tone and gameplay design as Saints Row.

In it, players are cast as a mischievous kid looking to climb the social ranks at their boarding school by pulling pranks and defending friends from bullies.

The game has a very low-brow sense of humor that includes countless gags and innuendos that fit in nicely with its adolescent setting.

We suggest picking up the Scholarship Edition, which adds improves graphics and exclusive missions, characters, school classes, and items/clothing.

Have you ever wondered what it would be like to make your own Saints Row game? Well, in Garry’s Mod you can make that dream come true.

Billed as a creative sandbox for generating levels, props, and entire game experiences, this beloved title continues to draw in new players to its community.

This is in large part due to the accessible nature of its sandbox tools, which grant players as much or little control over the creative process when generating new scenarios.

So whether you want to spawn in a bunch of objects and blow them up with an RPG or create an entire city level to jump around like a super-powered Saints Row character, Garry’s Mod you covered.