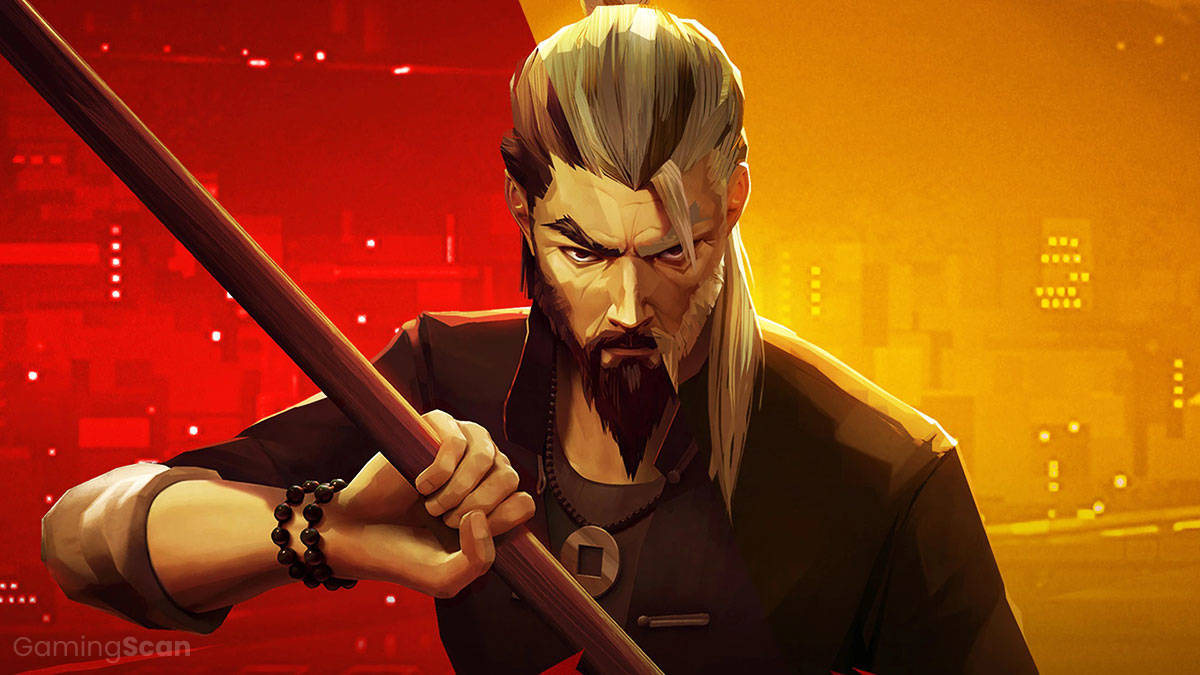 Developer Sloclap has a track record for releasing the best action games with detailed combat systems that make every strike feel deliberate, performative, and above all else, satisfying.

Such is the case with the studio’s latest title Sifu, an action beat ‘em up which released on PC and PlayStation in February 2022 and casts you as a martial arts master on a quest for revenge.

Anyone looking for more games like it is welcome to join us as we highlight the best games like Sifu on Steam, PlayStation, Xbox, and Nintendo Switch.

For more gaming recommendations, we encourage you to browse through our other lists and comment below if we forgot to include one of your favorite games similar to Sifu!

Created by indie developer Jacob Dzwinel and published by Humble Games, it sees you fighting your way through a criminal underworld using anything else you can get your hands on.

This is all rendered as sleek and fluid character animations created using motion-captured data that results in more realistic feeling combat.

If you enjoyed Sifu’s take on martial arts combat, then you’ll fall in love with The Legend of Tianding’s side-scrolling approach as well.

In it, you take on the role of the legendary Taiwanese folk hero Liao as he sets out to rob the rich, feed the poor, and fight for justice in early 20th century Taiwanese Japan.

Much like your character in Sifu, Liao is a martial arts master and uses Kung Fu to beat down enemies along with tools like his tanto and waist sash.

Throughout the game, players can also equip magic talismans to enhance Liao’s combat prowess further and unlock unique bonuses to raise his health, stamina, and damage.

9 Monkeys of Shaolin is another modern update of the classic beat ‘em up format that casts you as a simple Chinese fisherman named Wei Cheng.

Similar to Sifu, the story revolves around revenge as the protagonist takes justice into his own hands after a group of raiders slaughters his entire village.

The game’s story plays out over 25+ levels with distinct environments and includes 10 different polearm weapon types to collect and carry into battle.

The last side-scrolling beat ‘em up we’re recommending is TMNT: Shredder’s Revenge, a retro-inspired action game that follows the iconic crime-fighting turtles as they take down their biggest villains.

Loosely based on the 1987 animated series, the game includes appearances from the four turtles along with their mentor Master Splinter and allies April O’Neil and Casey Jones.

While TMNT’s gameplay is not as technical as Sifu’s, there are pages of moves for players to learn and memorize in order to pose a serious threat to stronger enemies and bosses.

Additionally, Shredder’s Revenge supports local and online multiplayer for up to 6 players across PC and console.

Next up is the first-person action-platformer Neon White, which casts you as a hell-bound assassin forced to compete against other demon slayers for a shot at life in heaven.

Like Sifu, the game features fast-paced combat that relies on quick reflexes and reading your opponent’s next move.

Where it stands out is its inclusion of card-based actions which require the player to collect and cycle between different attacks on the fly.

This combined with an abundance of open-ended environments makes Neon White perfect for anyone who enjoys speedrunning through action games.

In it, players construct balanced decks that allow them to dominate the battlefield by positioning their character and combining action cards to maximize damage.

To this point, many of the game’s attacks draw inspiration from martial arts techniques that both look and feel as cool to pull off as those in Sifu.

There are over 200 cards to pick from, each catering to different playstyles, along with a myriad of random branching events and choices to make throughout each run.

This list wouldn’t be complete without including Sloclap’s previous project before Sifu, the martial arts action RPG Absolver.

The game casts you as a mysterious traveler wandering around forsaken lands patrolled by AI and human-controlled “Prospects” ready to battle.

Combat emphasizes positioning and posturing as you cycle between four tactical stances based on your character’s fighting style, weapon of choice, and Combat Deck.

It all feels very reminiscent of Sifu and after playing both, it becomes clear that Absolver played a role in shaping the game Sifu would eventually become.

Naraka: Bladepoint is another online martial arts fighting game that will no doubt appeal to fans of Sifu.

In it, up to 60 players enter arenas to face off in fast-paced melee battles that incorporate close and long-range weapons as well as powerful abilities.

Due to your character’s heightened mobility, positioning and reflexes are central to staying alive, maybe even more than in Sifu.

Furthermore, Naraka: Bladepoint offers a growing roster of fighters with unique skills, abilities, and playstyles that can be customized to your liking.

Set in the Yakuza universe, Judgment is a detective game that shares many similarities with Sifu in terms of combat despite not being as technical or robust.

Gameplay has you scouring the streets of Kamurocho in search of clues while helping resolve smaller cases by locating stolen goods and beating up thugs using hand-to-hand combat.

Since it’s a spin-off, you can play it without having gone through any of the other Yakuza games, though having some context before starting is always helpful.

Another Yakuza spin-off that’s sure to resonate with anyone who had a blast playing Sifu is the PlayStation-exclusive Fist of the North Star: Lost Paradise.

Based on the manga of the same name, it features similar beat ‘em up gameplay as the mainline Yakuza titles with an emphasis on close-quarters combat with mobs of enemies.

In it, you play as a martial arts master named Kenshiro who sets out to rescue his fiancée Yuria from his ex-friend and current rival, Shin.

While there are some obvious similarities between the game’s plot and that of Sifu’s, Fist of the North Star is admittingly a lot more over-the-top with its storytelling.

In this game, players explore sandbox environments spanning disco nightclubs, biker bars, and other areas stuffed to the brim with enemies ready to fight your character.

Similar to Sifu, gameplay entails fighting enemy after enemy as you strong-arm your way through each level picking up nearby weapons or just using your fists.

However, Paint the Town Red is a lot more gruesome when it comes to displaying blood and overall gore as your character can dismember enemies with relative ease.

Whether or not you consider yourself a Naruto fan, Shinobi Striker is worth checking out for fast-paced action-packed gameplay reminiscent of Sifu.

It sees up to four people teaming up to compete against other players online using a wide range of ninja-based weapons and attacks with room for personalized playstyles.

Over time, players can level up to unlock new skills, enhance their abilities, and acquire cool cosmetics for their characters.

While the game’s art style may be very different, it’s worth giving a try if you like anime fighting games.

We ask that you humor us for this next one as it’s more of an exercise game than your standard beat ‘em up title.

Still, if you’re looking to burn some calories while throwing real punches, then Fitness Boxing 2: Rhythm & Exercise is a solid choice for Switch games like Sifu.

In it, players pick from one of nine virtual trainers before starting their fitness career and taking on rhythm-based workout routines with varying intensities.

Similar to Sifu, the gameplay boils down to ducking, dodging, and striking as you unlock new challenges and improve based on feedback from your coach.

If you want a more traditional fighting game with over-the-top martial arts combat, the Tekken series delivers that in spades.

Here, we’re highlighting the most recent installment, Tekken 7, as it offers some of the most streamlined combat in the franchise and is still enjoyed by many today.

Along with sporting updated graphics running on Unreal Engine 4, the game introduces new Rage Arts and Power Crush mechanics that up the stakes and keep the gameplay feeling fresh.

The story mode is just as dramatic as Sifu’s and sees you facing off against a deep catalog of legendary fighters that have appeared throughout the Tekken series.

Sword and Fairy is another long-running franchise that’s mainly popular in China and features action-adventure gameplay similar to Sifu.

We’ve decided to include Sword and Fairy 7 in this list, which despite its title is technically the ninth installment in the series.

Unlike previous entries, the game focuses on real-time combat from a third-person POV where you play as different characters and battle an array of monsters.

It also happens to feature beautifully hand-crafted environments and rich storytelling that complements the gameplay nicely and is sure to tug on a few heartstrings.

To wrap up this list, we suggest Sifu fans check out the classic open-world crime game Sleeping Dogs if they haven’t already.

The best way to do so in 2022 is via the Sleeping Dogs: Definitive Edition, which rebuilds the critically-acclaimed title for the modern era with all previously released DLC included.

In it, you play as a gritty undercover cop who becomes deeply entrenched in Hong Kong’s seedy underbelly and is forced to fight for his life.

Much like Sifu, combat sees you harnessing your character’s deadly martial arts skills to make quick work of enemies along with the occasional gunfight and brutal takedown. 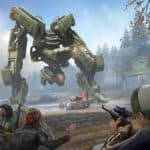