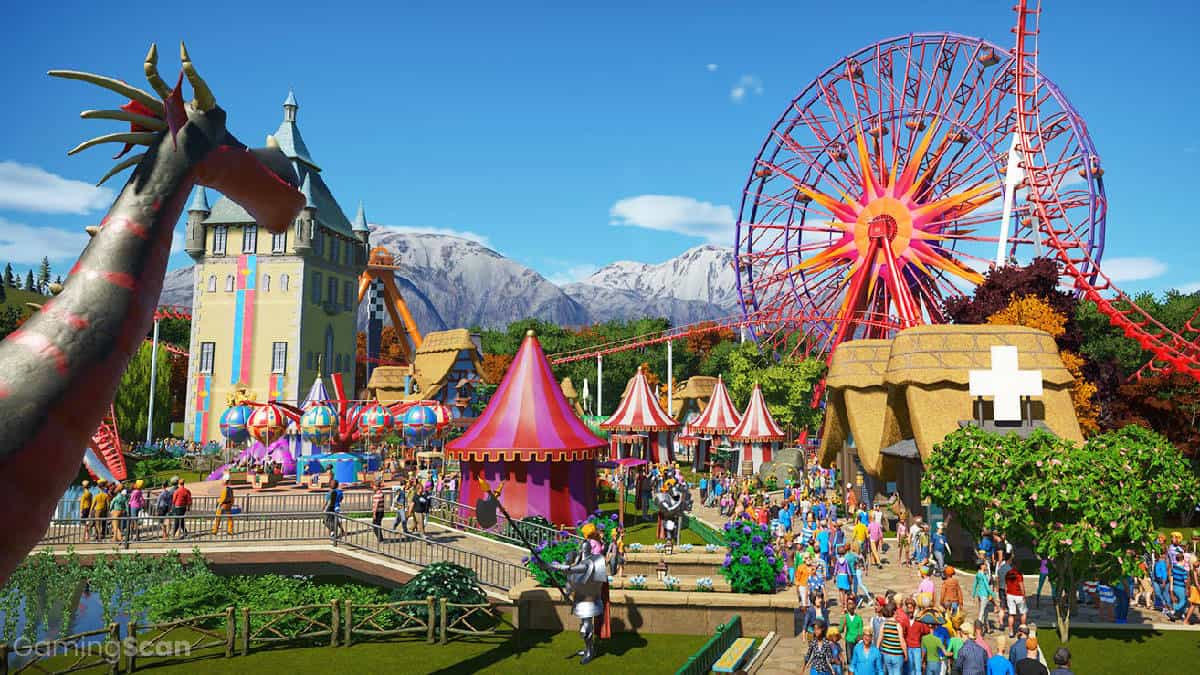 If you get excited at the thought of building your own theme park complete with rollercoasters, water slides, and other attractions, then join the club.

Although there aren’t as many new theme park games releasing today as there were during the 1990s, you can still find plenty of simulation games that let you design and manage your own parks.

We’ll be updating this list in the future with new titles, so make sure to check back and let us know if we missed any of your favorite theme park games!

Our first recommendation is Planet Coaster, the spiritual successor to Roller Coaster Tycoon where you’re free to create unique theme parks and share them with players around the world.

It features a Career mode that has you completing various scenarios with certain conditions in addition to Sandbox and Challenge modes that drop you on an empty plot of land with all items unlocked.

Planet Coaster boasts an impressive 40+ rides and attractions to help draw customers along with numerous themed decorations to give your park a distinct look and feel.

There are also many DLC packs that expand the number of themes available, ranging from fantasy to science fiction, Hollywood sets, pirates, and everything in between.

Another theme park management sim worth checking out is Parkitect, which is targeted at a more casual audience compared to robust park builders like Planet Coaster.

This is perfect for nostalgic Roller Coaster Tycoon fans that want a new customizable theme park experience but don’t need as many bells and whistles.

With that said, the game is still quite flexible when it comes to building tools, allowing you to alter terrain, place bodies of water, and create custom paths for your guests to walk around the park.

It also offers a deep library of decorative objects across several themes that can be expanded further with Steam Workshop mods.

If you’ve had your fill of roller coasters and carousels, why not try out a different theme park game that lets you create stunning habitats for exotic animals?

Planet Zoo comes well-recommended and is also made by Frontier Developments, the same studio behind Planet Coaster, so naturally, it follows a similar formula.

In it, you’re tasked with caring for a wide range of species with special dietary, environmental, and social needs that have to be addressed while maintaining your zoo’s staff, amenities, and more.

The game gives you the option to play as a single character and follow them through a life-long zoo-keeping career, or become a franchiser who oversees an entire location.

Of course, if your passions for zoo keeping are limited to reptiles, particularly those from the Jurassic period, you may want to give Parkasaurus a go instead.

For a more officially licensed take on dinosaur theme parks, check out Jurassic World Evolution, where you take on the role of a twisted mad scientist experimenting with extinct animal DNA.

If you haven’t had a chance to check out the game for yourself, we suggest maybe holding out for the sequel, Jurassic World Evolution 2, which releases later this year.

Although not as popular as traditional outdoor parks, indoor theme parks can be just as fun and exciting to explore, especially when you’re the one designing them.

Indoorlands is a recent entry in the niche theme park sim genre that has managed to catch our eye during its Steam Early Access period.

You’re able to build and customize a wide selection of attractions using different themes with the option to mix and match or zero in on a particular aesthetic for your park.

The game also features a management component for ensuring parks are profitable, along with the ability to manually operate or ride each attraction as a guest.

While many of the games on this list dabble with roller coaster creation, No Limits 2 focuses on the more technical aspects of building your own high-speed death tracks.

Therefore, it’s best suited for coaster enthusiasts and people who have a natural interest in engineering, though you can still pick things up as you go as long as you don’t mind a steep learning curve.

With enough time, patience, and mastery of No Limits’ tools, you’ll be rewarded with the tremendous satisfaction of riding the roller coaster of your dreams.

If you’re still on the fence, consider trying out the free No Limits 2 demo before investing in the full game.

If you’ve been playing theme park games for a long time, there’s a good chance you’ve spent time with any of the numerous RollerCoaster Tycoon installments.

The first one we’ll be recommending here is RollerCoaster Tycoon 3, which originally released way back in 2006 and is often cited as the best theme park sim ever made.

In it, you’re given free roam over your park’s finances, shops, services, staff, and attractions while playing out various scenarios designed to hone your theme park tycoon skills.

The Complete Edition adds widescreen support at full 1080p resolution and includes all content from both RCT3: Soaked! and RCT3: Wild! expansion packs.

This remastered bundle includes updated versions of both the original RCT and RCT2 with the Wacky Worlds and Time Twister expansion packs included.

In it, you play out 95 classic theme park scenarios using an intuitive toolkit that lets you edit scenery, rides, and other attractions based on real theme parks.

Additionally, you can come up with your own custom scenarios to share with friends as well as import other players’ creations.

We’ve covered a lot of games that revolve around building and managing theme parks, but what about one that focuses on just enjoying the attractions?

Tower Unite is best described as a social hub where players can come together and play various mini-games and interactive booths.

From arcade classics like skeeball and laser tag to mini-golf and kart racing, you’ll find no shortage of exciting activities to explore while also making friends.

And for those who love building, Tower Unite lets you create your own virtual apartment complete with custom furniture and decorations, as well as import custom models for your avatar.

Last but not least, The Eldritch Zookeeper is a theme park sim currently in development by developer/publisher Cranktrain for PC and Mac.

In it, you play as a cursed zookeeper tasked with managing a zoo filled with otherworldly eldritch monsters that have magical powers.

Your goal is to build appropriate enclosures for each monster and keep them both fed and happy to prevent unfortunate accidents throughout the park.

Along with displaying the most exotic beasts around, you’ll need to build amenities such as ice-cream stands, smoothie shops, bathrooms, and more to keep your visitors entertained. 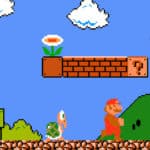