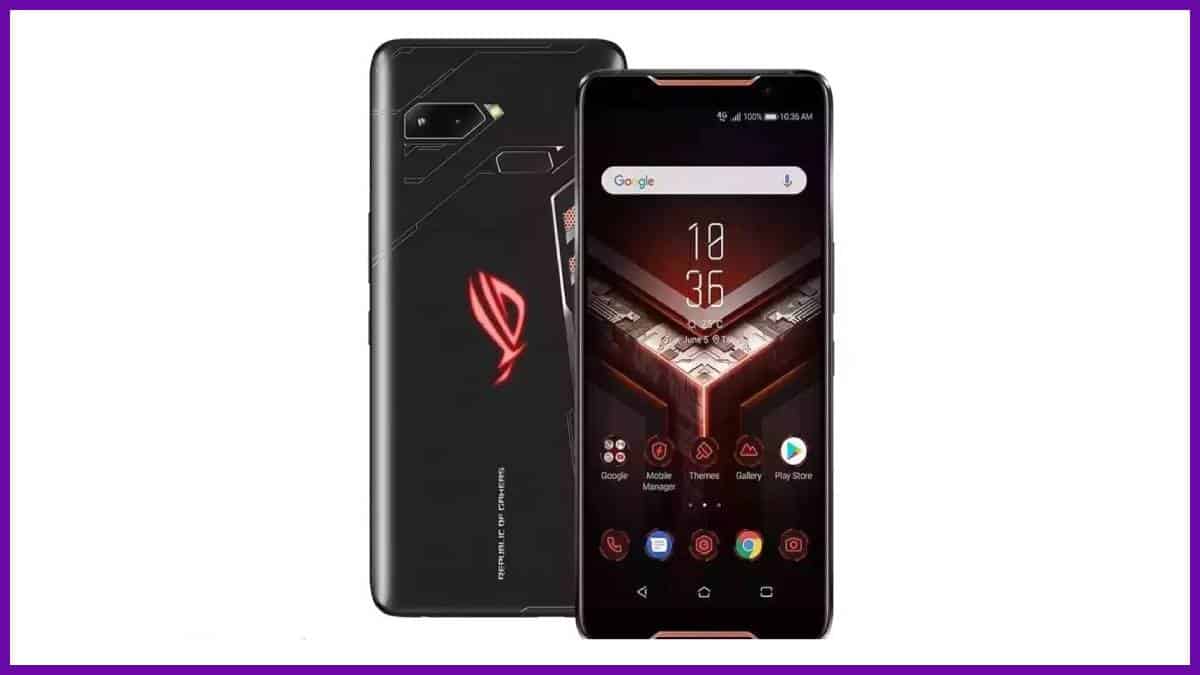 Up until the release of the Razer Phone in November last year, we have never seen a phone marketed mainly as a “gaming phone.”

Sure, there were always high-end phones with large screens and hardware more than powerful enough to handle any mobile game you throw at it, but all of them were phones first and gaming devices second.

Then, Razer did what came naturally. They released an expensive phone with monstrous specs and got the attention of gamers around the globe. But the Razer Phone is old news, and it is not the focal point of this article.

Instead, it is about the brand new Asus gaming phone produced as a direct reply to Razer’s own.

As you’re probably aware, the Asus ROG Phone was just announced, and it just might be the first in the avalanche of “gaming phones” that was started by Razer.

As with any piece of gaming hardware, the first thing we want to know about this flashy new phone is the hardware specs, and let me tell you: they are quite something.

First, let’s start with the display. The ROG Phone comes with a 6-inch AMOLED display, a 1080×2160 resolution, a wide color gamut, HDR support, a 90Hz refresh rate, and a 1ms pixel response time.

This is the kind of performance you’d expect to see in a high-end gaming monitor, and it leaves little to be desired. The screen is made of Corning Gorilla Glass, although the exact version is yet to be specified.

Now, let’s get to what will be the most exciting part for many people – the innards. The CPU is the Qualcomm Snapdragon 845, which is one of the newest and most powerful CPUs made by the company at this time.

It has eight physical cores, with the four primary cores clocked at 2.96GHz (!) and the four secondary cores at a lower 1.7GHz.

Next will come the 128GB and 512GB storage variants. No phone has ever offered such high internal storage capacity before, so that’s something to take note of.

On top of that, the ROG Phone will be equipped with 8GB of RAM, which seems to be slowly becoming quite common for high-end Android phones.

When it comes to the sound department, it will have a pair of front-firing stereo speakers, as well as a headphone jack with DTS Headphone:X support.

And finally, it will be equipped with a 4000 mAh battery, just like the Razer Phone, which should provide a more than satisfactory battery life for regular phone use. It remains to be seen how long it will hold when it comes to gaming, though.

As mentioned above, the phone will have a 3.5mm headphone jack, which many flagships have slowly been dropping.

On top of that, it will come with a standard USB-C port for charging and connecting to other devices, as well as an accessory port on the side – more on that below.

The Asus ROG Phone has a couple of extra tricks up its sleeve that aren’t evident from the get-go.

Most importantly, it’s the “AirTriggers” – these function as shoulder buttons/triggers when the phone is held in landscape mode, actuating with as little as 20 grams of force. These are fully programmable, allowing the user to map whatever function they wish.

There is no facial identification yet, and the phone employs a good old-fashioned fingerprint sensor that is mounted on the back of the device.

And, as is to be expected from a ROG product, there is an RGB ROG logo on the back.

Now, something that makes the ROG Phone genuinely stand out is the accessories that will be available for it.

The first and most notable one comes bundled with the phone: the AeroActive vapor cooling chamber. This detachable cooler is compact and fits well on the back of the phone without making it hard to handle.

It also provides an additional USB-C port and a headphone jack, which can be quite convenient if you don’t like cables jutting from the side of the phone while it is being held sideways.

Furthermore, this cooling chamber also has its own RGB ROG logo – naturally – and it even incorporates an active fan, in the case that you want to take the cooling even further.

Of course, the phone won’t need this cooler to maintain acceptable temperatures, as thermal throttling will prevent overheating.

However, a cooler like this will eliminate the need for thermal throttling, leading to better long-term performance and making the phone much more comfortable to hold during prolonged gaming sessions.

And then, there are two docks, which will be optional and sold separately.

First, there is the handheld TwinView dock, which takes a page from Nintendo’s book, introducing a secondary display that is identical to that of the phone itself.

It turns the phone into a handheld console, complete with physical triggers on the back. Most importantly, Asus will be working with mobile game developers to ensure that various games will take advantage of this second screen.

And then, there’s the desktop dock, which essentially turns your phone into a desktop PC. The dock comes with a range of ports that you’d find on any motherboard: Ethernet, HDMI, DisplayPort, and multiple USB ports.

With this dock, you will be able to play games on an external display with a keyboard and mouse, just like you would on an actual gaming PC.

While no formal release date has been specified, it is safe to say that we can expect the phone to launch worldwide in Q3 2018, specifically July, August, or September.

However, there are no clear indicators of the price yet. Even though the phone seems quite expensive at first glance, affordability might just be the ROG Phone’s greatest asset.

It is already superior to the Razer Phone in several respects, so if it can offer better value at a similar price point, it is bound to blow the competition out of the water.

Of course, being the only two gaming phones out at the moment, it is only natural that we’d go ahead and see how the two phones look side by side.

As you can see, even on paper, the ROG Phone has a couple of advantages over the Razer Phone.

First and foremost, there is a high-quality AMOLED screen which offers a noticeably better visual experience, despite having a somewhat lower refresh rate. Besides, telling the difference between 90Hz and 120Hz is nigh-impossible anyway.

Then there’s the resolution, where Razer seems to have the upper hand, but as always – on-paper specs are hardly indicative of actual quality.

True, the Razer Phone might have a higher pixel density, but this is barely noticeable on a screen as small as that of a phone. In the end, the ROG Phone’s AMOLED display still looks better.

As for the performance, it is unlikely to make a significant difference, seeing as the hardware of both phones is relatively similar.

Asus claims that the phone will outperform the competition, including flagships such as the iPhone X and the Galaxy S9+. We’ll just have to wait and see whether the ROG Phone will be able to take and maintain the lead with brute force alone.

If you’re interested in a more thorough comparison of the two gaming phones, check out both of them on GSMArena.

There’s no doubt about it. The ROG Phone is shaping up to be one excellent product and a very good phone.

What remains to be seen is whether these “gaming phones” will actually stick around or if they are simply a fad started by Razer.

At this point, there are no glaring flaws with the ROG Phone, although we have two qualms with it:

Apart from the phone itself, the accessories are surely something to take into consideration.

The TwinView dock will be a must-have for anyone who’s into mobile gaming, especially if developers take full advantage of the dock’s capabilities.

Additionally, the desktop dock is particularly interesting, as it allows this single phone to replace your desktop PC.

Sure, the hardware and software limitations of an Android phone make it a poor substitute for an actual gaming PC or workstation, but we can’t help but ponder the implications that it carries for the future. 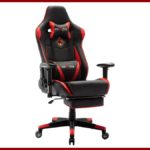