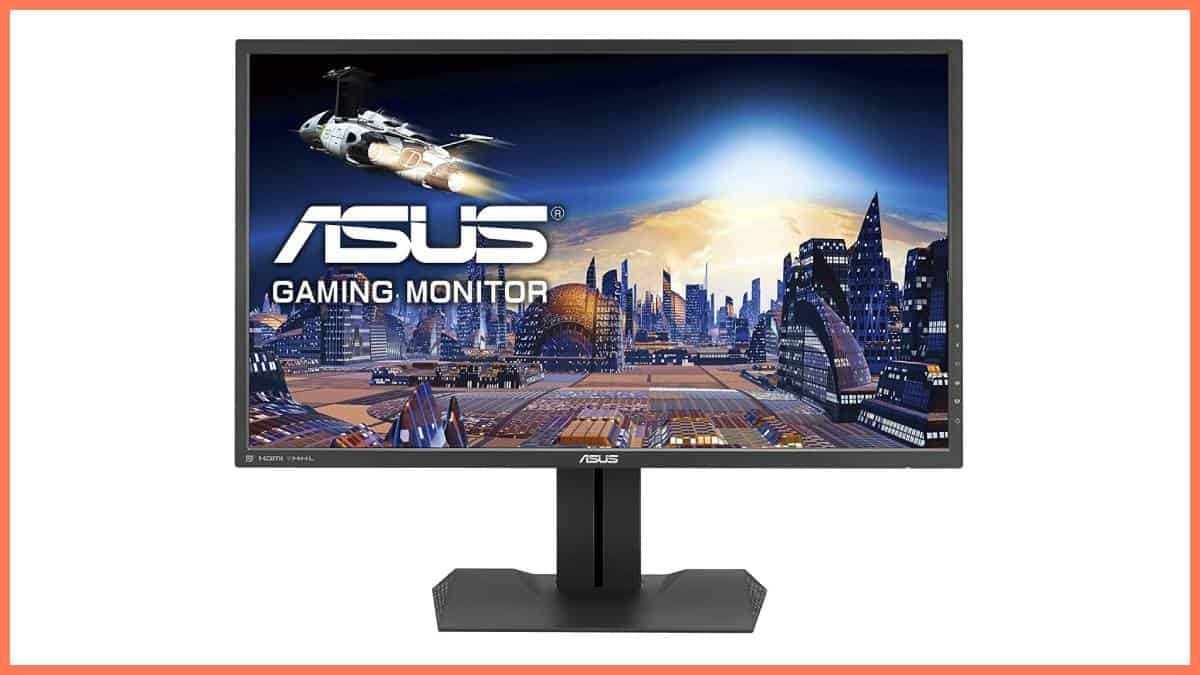 All in all, the Asus MG279Q is an excellent mid-range monitor that will appeal to many gamers who wish to have a monitor that can offer both a high refresh rate and vibrant visuals at an approachable price.

Unless you have a lot of money to burn on a gaming monitor, you will inevitably have to make some compromises.

This is especially true in the lower end of the price spectrum, but as you work your way up towards the mid-range, it’s not impossible to find a monitor that does a good job of balancing pricing, visuals, and performance.

Asus MG279Q is precisely one such monitor. It comes at an approachable price, boasts a panel that is both fast and looks good, and it has some useful extra features on top of that, too.

Today, we’ll be taking a closer look at this monitor, which might be one of the best mid-range monitors for gaming at the moment.

Let’s start with the exterior. Where more and more gaming monitors implement striking red highlights and extremely thin bezels, the MG279Q does none of that and boasts a relatively simple exterior.

The monitor sports a simple matte black frame, which makes it easy for it to blend into any environment. This could be a good or a bad thing based on your preferences.

Some gamers do prefer a more aggressive exterior design, while others like to keep it simple. If you’re in the latter group, you’ll find nothing to complain about here.

But the MG279Q is still a gaming monitor, and the stand demonstrates this both from a design and from a functional standpoint. You’ll immediately notice the angular design of the base, which says “gaming” without being too “in-your-face” about it.

From a functional point of view, the stand is stable and fully adjustable for height, tilt, swivel, and pivot, making it as flexible as you’d need a monitor to be.

Of course, it’s also a VESA stand, and the monitor is compatible with any 100x100mm VESA mount. As such, if you ever need to replace the stand or want to mount the monitor on a wall, finding a new stand or mount will be a breeze.

Next, we get to the most critical aspect of any monitor: the display. Asus MG279Q’s display doesn’t disappoint.

What we’re looking at here is a crisp QHD display that uses an excellent IPS panel, which not only has superior color accuracy but also boasts a 144 Hz refresh rate, making it the kind of monitor that many gamers dream of.

However, since it’s an IPS panel, the response time is still the same old 4ms, so it’s not quite as responsive as a TN panel.

Furthermore, the viewing angles of the MG279Q are great, the brightness and the contrast are spot on, and there is no significant backlight bleed.

Black, white, and color uniformity are excellent, so if you’re upgrading from a lower-quality panel, you probably won’t find anything to complain about.

However, we should mention that the monitor lacks HDR support, a feature that is in ever-increasing demand these days. It’s not quite as common among monitors as it is among TVs at this point.

However, this is a 2015 monitor that still manages to hold up remarkably well in 2023, plus it is quite affordable.

As with any other monitor with a high refresh rate, the MG279Q comes with adaptive sync, and in this case, it’s AMD’s FreeSync technology.

FreeSync is hands-down the ideal choice for monitors that are trying to remain affordable, as G-Sync monitors end up being significantly more expensive due to licensing and hardware costs associated with implementing Nvidia’s take on adaptive sync.

The most noticeable one is the fact that FreeSync typically operates in a limited range, which is the case when it comes to the MG279Q.

In the case of this monitor, FreeSync only works in the 35-90 Hz range, meaning that it’s unavailable if the FPS goes over 90. As such, if you’re consistently pushing over 90 frames in a game, you’ll need to use V-Sync instead to prevent screen tearing.

That said, FreeSync isn’t as well-implemented as we’d like, so it’s a bit of a weak point in an otherwise excellent monitor.

The Asus MG279Q comes with a set of stereo speakers, each with an RMS of 2 watts. As is usually the case with monitor speakers, they are nothing special.

Still, they are a convenient feature to have for when you want to watch a YouTube video without your headset.

However, they just won’t cut it for movies or games, not to mention that even cheap desktop speakers will provide better audio than integrated monitor speakers ever could.

As we have already established, the MG279Q is a very well-balanced monitor that is bound to appeal to many gamers who do not necessarily wish to sacrifice performance for the sake of improved visuals and vice versa.

The display is sharp and crisp, the colors are vivid, the viewing angles are excellent, and the refresh rate allows for a highly responsive in-game experience.

On top of that, Asus’ GameVisual feature allows the user to quickly switch between different presets based on what they are using the monitor for.

Furthermore, it also features a low blue light mode and is flicker-free, thus reducing eye strain and making the monitor more comfortable to use for prolonged periods.

And as we have already mentioned, the stand is excellent and fully adjustable, while the design also finds the right balance between “gaming” and “casual.”

In the end, our main issue with the MG279Q is the limited implementation of FreeSync, as we have already pointed out, which seems like a waste, especially since the monitor is so good otherwise. 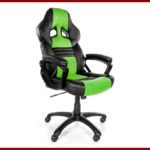