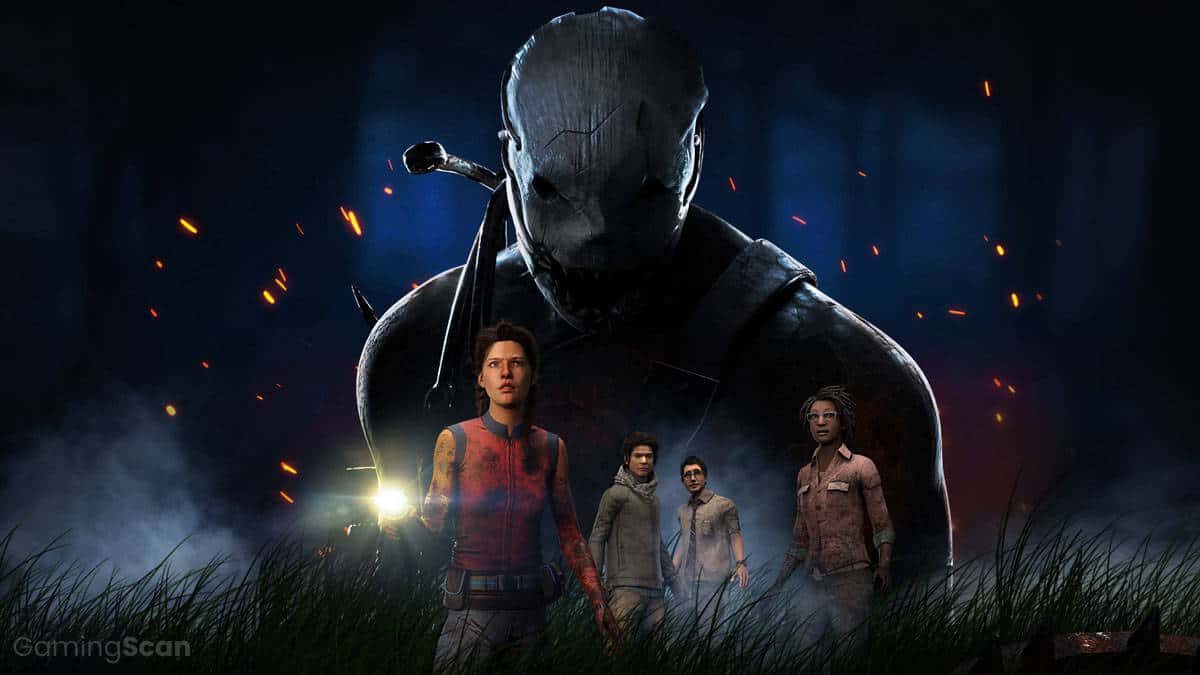 Dead by Daylight features the perfect blend of survival horror, action, and stealth in one addictive asymmetrical multiplayer package in which players work together to escape from murderous monsters.

Far from the first game to explore the concept of “one versus many,” you can find plenty of games similar to Dead by Daylight on PC, console, and mobile devices.

We’ll be updating this list in the future with new titles, so make sure to check back and let us know if we missed any of your favorite games like Dead by Daylight!

Depth is an asymmetrical multiplayer game in which a team of four divers escorts a robot as it collects treasure from the ocean floor while two player-controlled sharks try to stop them.

Like Dead by Daylight, the true fun lies in playing as the villain, since the shark is naturally more powerful and better at navigating underwater.

They can stealthily make their way around the map using sonar pulse and scent abilities to track down their prey before moving in quickly for the kill.

At the same time, the divers outnumber the sharks and can use any collected treasure to buy more advanced tools and weapons such as net guns and sonar beacons to help tip the odds in their favor.

Secret Neighbor is a multiplayer spin-off of the popular survival horror series and sees a group of kids sneaking into their creepy neighbor’s home to prove they’ve been keeping child prisoners.

Their goal is to reach the Neighbor’s basement where the children are being held, though to do so they’ll first have to collect keys scattered throughout the house.

The twist here is one of the six kids is secretly the Neighbor wearing a disguise as they try to prevent the group from getting to the basement by sabotaging the mission or eliminating players one by one.

Like Dead by Daylight, the game features different classes that introduce unique abilities as well as various traps and tools throughout the environment.

Our next recommendation for Dead by Daylight fans is Light Bearers, a free-to-play hide-and-seek horror game that features adorable bears stalked by a sinister shadow monster.

At the start of each round, one player is cast as the Shadow and must try to infect the innocent Light Bears by capturing them before they manage to escape.

The Light Bears can use statues and other objects scattered across the map to hide from the Shadow until a portal opens up and they can escape.

In an interesting twist, any players who become infected can come back as long as one of the remaining Light Bears makes it to the portal.

In it, you play as either the Hunter stalking its prey or one of several Survivors tasked with escaping trap-filled dungeons by securing cipher towers located throughout the environment.

Similar to Dead by Daylight, the Survivors can only escape once all towers have been decoded and the gateway to safety is revealed.

However, the Hunter still has a chance to win if they can eliminate the Survivors before they reach the exit and make it out alive.

Predator: Hunting Grounds is an asymmetrical multiplayer game based on the iconic Predators movie franchise and sees an elite squad of soldiers facing off against a powerful alien hunter.

In it, four players take on the role of mercenaries tasked with exploring remote jungles to eliminate insurgents and gather intel while being stalked by a deadly predator.

Predators are equipped with advanced technological weapons and gadgets that allow them to turn invisible, leap great distances, and generally kill anything in their path.

What sets it apart from games like Dead by Daylight is the fact that survivors aren’t completely helpless and can use guns, grenades, and other weaponry to give themselves a fighting chance.

Combining both asymmetrical multiplayer and dungeon crawling, Crawl is a 2D pixel art game in which up to four players compete for the role of hero.

At the start of each game, one player is assigned the hero role and must make their way down randomly generated dungeons filled with deadly traps, terrifying monsters, and powerful loot.

The remaining players are cast as ghosts that can possess monsters, traps, and other objects throughout the dungeon to prevent the hero from advancing.

If one of the ghost players manages to slay the hero, they respawn as the new hero before and can carry on until they reach the dungeon’s final boss.

In it, up to four players take on the role of survivors searching for clues to perform an ancient ritual and prevent an evil monster from being unleashed in the world.

Since the monster’s only weakness is light, players will have to arm themselves with torches that allow them to traverse dark environments and keep a steady supply of batteries and incense.

The player controlling the monster can make things difficult for the survivors by using distinct abilities assigned to each of the eight total enemy classes.

In Deceit, six players find themselves trapped in a research facility where they’ll have to navigate Jigsaw-like puzzles and traps to make it out alive.

The catch is two of the six players are infected with a mutant virus that causes them to transform into flesh-craving monsters every time the lights go out.

The Infected’s goal is to eliminate the humans and avoid detection using clever persuasion while the rest of the players try to sleuth out the traitor and survive.

Just like in Dead by Daylight, the innocent players have to work together to complete tasks and watch each other’s backs if they want any hope of escaping.

This next recommendation needs no introduction seeing as it’s currently one of the most popular asymmetrical multiplayer games around.

Designed to be played with 4-10 players, Among Us is a social deduction horror game that sees a space crew trying to fulfill their duties while Imposters work against them at every turn.

This includes sabotaging various stations throughout the ship, killing innocent players when no one’s looking, and outright lying to cover their tracks.

However, just like in Dead by Daylight, the crew can raise their chances of survival by focusing on their tasks and communicating any suspicious behavior.

Another social deduction game that splits up your party into innocent humans and deadly predators is Dread Hunger, which takes place aboard a ship in the brutal and unforgiving Canadian Arctic.

The game sees you and your companions attempting to brave the wilderness by staying warm, fending off wolves, and hunting for food all while secret traitors in your group work against you.

Much like the killers in Dead by Daylight, traitors have a few tricks up their sleeves such as separating players, placing traps, and straight-up murder.

Instead of having to power generators to escape, players have to work together to complete various objectives such as gathering coal to fuel the ship.

Phasmophobia is a popular co-op survival game that sees up to four players tracking and hunting ghosts, demons, and other supernatural beings across several different maps.

After identifying which paranormal entity is present, players must plan accordingly and arm themselves with certain tools tailored to that specific enemy type.

Since each player can only hold a limited number of items, communication and coordination are essential to making progress and ensuring everyone survives.

While Phasmophobia doesn’t let you control the monster directly, you do have the power to make things easier for them by sabotaging your crew’s strategies.

For more co-op horror fun, Devour is a survival game in which up to four players work together to bring down a possessed cult leader named Anna before she drags them all to hell.

Gameplay revolves around running and hiding while searching each map for locked doors and key items including gasoline, a fire pit, and goats that can be sacrificed to exorcise the demon inside Anna’s body.

The only downside is you don’t get to play as the monster; however, on the bright side, the game features positional voice chat, a server browser, and a challenging Nightmare mode for added difficulty.

Next up, GTFO is a horror co-op shooter in which you play as one of four prisoners trapped inside a sprawling research facility filled with all sorts of nightmarish creatures.

Together with your team, you’ll plot out an escape using just your wits and a slew of tools and weapons scattered throughout procedurally generated levels.

Along the way, you’ll find yourself face-to-face with a host of terrifying monsters with distinct traits and abilities that require unique approaches to get past.

Environments are littered with puzzles that gate your progression, precious supplies to help keep your squad alive, and hazards ranging from toxic gas to EMP waves that prevent you from using gadgets.

The final game we’ll be recommending to Dead by Daylight fans is Hunt: Showdown, a horror PvPvE first-person shooter that sees you taking on the role of a bounty hunter competing with other players.

Playing alone or in a team of 2-3, you’ll explore a damp and murky Louisiana Bayou where various horrific beasts have taken root.

The goal is to track and hunt these creatures before banishing them from this world and fulfilling your bounty to earn experience points and rewards for your character.

Only problem is, you’re not the only hunter in the area, as other players can easily track your location and swoop in to try and steal your bounty or gun you down. 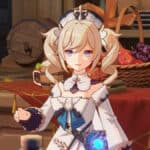