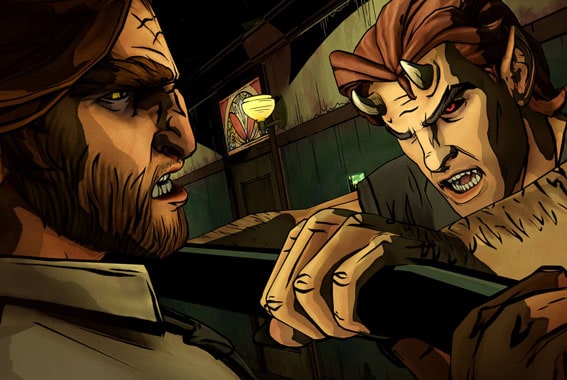 If you play enough video games, you’ll soon realize that most of them present you as “the good guy,” often portrayed as a traditional hero who’s always trying to protect the world from the clutches of evil.

And while there are just as many examples of less noble “anti-hero” protagonists, sometimes we just want to turn to the dark side completely and experience what it’s like to play as “the bad guy,” which ends up being a literal monster in most games.

Here, we’ll be highlighting the best games available on PC/current-gen consoles, which feature the ability to play as the monster, or some sort of evil figure.

Dead By Daylight is an asymmetrical, online multiplayer horror game where four players (the survivors) work together to escape from a deadly entity controlled by a fifth player (the killer).

The main goal of the survivors is to make it out of the map alive by completing certain tasks, namely repairing power generators that allow access to an escape hatch.

Meanwhile, the killer can roam the map, searching for any signs of nearby survivors, such as listening for the sound of a generator being mended. Once a survivor has been identified, the killer can use a variety of supernatural powers to hunt them down.

It all makes for a heart-pounding and exciting survival game that benefits from the ability to rescue teammates after they’ve been captured and a wide selection of playable villains.

Vampyr is a third-person action RPG produced by Dontnod Entertainment and maintains the studio’s reputation for well-crafted, story-driven experiences. In it, you take on the role of Jonathan Reid, a doctor struggling to lead a normal life after he’s turned into a vampire.

Unsure of whether to use his newfound powers for good or evil, Reid is forced to make many tough decisions as he juggles his career and a never-ending thirst for blood.

The best part of playing this game is getting to witness the main character’s transformation. However, since this is a role-playing game, the version of Reid you’ll end up with by the time credits roll, depends heavily on your approach and style.

You could decide to take the nobler route and barely stay alive by drinking rat’s blood, or say to hell with it and bathe in the blood of every human who crosses your path.

The Styx games are criminally underrated, which is probably due to the highly dislikeable nature of the series’ titular protagonist—a foul-mouthed and vindictive goblin named Styx.

Reminiscent of classic stealth games while featuring modern graphics and a serviceable story set in the Of Orcs and Men universe, both Master of Shadows and Shards of Darkness sees you controlling goblin assassin Styx as he infiltrates castles, villages, and airships.

While the character’s motives can sometimes be questionable and even downright villainous, you’ll find yourself ultimately rooting for Styx as he routinely delivers brash one-liners of dialogue at his enemies’ expense.

Additionally, Styx’s smaller size and broad range of abilities make for an enticing stealth experience; he can momentarily turn invisible, craft lethal traps, and create a clone of himself, to name a few.

Friday the 13th: The Game

Following in the footsteps of Dead By Daylight is another asymmetrical multiplayer survival horror title based on the iconic Friday the 13th films. In it, up to seven players take on the role of teen camp counselors who find themselves trapped at Camp Crystal Lake with the murderous Jason Voorhees, who happens to be controlled by another player.

The survivors are tasked with gathering the necessary supplies to escape while the player controlling Jason uses a variety of supernatural abilities to stalk and prey upon them.

Friday the 13th: The Game stands out from others in its genre by increasing the number of potential win conditions for the survivors, such as escape by boat or car, getting the police to show up, surviving until the match ends, or killing Jason.

The Wolf Among Us is a dark and gritty thriller based on the award-winning Fables DC comic book series written by Bill Willingham. Developed by the since-defunct Telltale Games, this episodic adventure game sees players taking on the role of Bigby Wolf, aka the big bad wolf, as he investigates a web of interconnected mysteries surrounding a brutal and bloody murder in Fabletown.

The story is experienced throughout five acts, during which players can dictate how Bigby is portrayed towards a population that still mostly views him as a dangerous monster.

Decisions made through both dialogue and physical actions have long-term effects on the game’s outcome and can determine whether Bigby will rise above his negative reputation or succumb to his inner rage.

Scheduled to release later this year, Predator: Hunting Grounds is another asymmetrical multiplayer game based on a well-known film property. The game sees four players controlling an elite squad of soldiers as they travel to remote locations around the globe in an effort to track down and eliminate the Predator, a creature belonging to a deadly alien race with access to high-powered abilities and advanced technology.

What sets the game apart from its competitors is the fact that survivors aren’t completely helpless. The soldiers have access to a variety of guns and tools that can help offer them a fighting chance against the predator.

It all sounds very familiar, resembling the 4v1 multiplayer game Evolve, which was unfortunately shut down back in 2018. Here’s to hoping developer IllFonic has found a way to curtail many of the pitfalls that plagued Turtle Rock’s game for years.

Maneater is an upcoming action-RPG from Killing Floor developer Tripwire Interactive in which you become one of the most powerful apex predators, a deadly man-eating shark.

Best described as “Grand Theft Auto with sharks,” Maneater sees you starting as a vulnerable baby shark whose mother was killed by a fisherman. Carefully choosing when to feed or flee, you will learn to adapt to a hostile ecosystem where you’re not always positioned at the top of the food chain.

To this point, the game sets you free in a massive underwater open-world filled with secret locations, tantalizing rewards, and formidable threats.

As you grow and adapt to your environment, your shark may develop new mutations that can prove useful in defending yourself against other animals and seeking revenge against the humans.

Slated for a 2020 release just in time for the series’ anniversary, Destroy All Humans! Remake will see players revisiting the 2005 cult classic from the Xbox/PS2 era.

The game takes place during the late 1950s and has you playing as wise-cracking alien Cryptosporidium 137, aka Crypto, as he carries out a plan to harvest human DNA on planet Earth and use it to repopulate his species.

Destroy All Humans! Remake is currently in development by Black Forest Games, a subsidiary of THQ Nordic whose previous credits include Bubsy: The Woolies Strike Back and Fade to Silence.

All of the music and voice acting from the original are being maintained while new gameplay elements and adjustments attempt to bring the third-person shooter up to today’s gaming standards.

Carrion is a 2D reverse-horror game set in a sprawling research facility where scientists have been keeping a monster prisoner to study its behavior and biology.

One day, the monster finds a way to break free from its containment unit and begins making its way through the facility via ventilation ducts while seeking revenge against the humans.

Current speculation suggests the game will feature elements of Metroidvanias, with new areas becoming accessible based on the creature’s mass.

Players can consume more humans to grow in size or “shed” parts of its body to become smaller. The game is currently in development by Phobia Game Studio and is being published by Devolver Digital.

Darkborn, formerly called “Project Wight”, is an upcoming role-playing title created by Swedish developer The Outsiders. Described as an “action-fantasy RPG experience,” the game will see you assuming the role of a Grendel-like creature belonging to a species called “the Darkborn”.

One day, one of your kin is killed by a group of human hunters known as “The Pale Enemy,” a band of Viking-esque marauders committed to hunting down and torturing the Darkborn any chance they get.

Having narrowly escaped yourself, your character sets off to exact revenge on the hunters and uncovers the origins of their hatred for the Darkborn.

Over the course of the game, you’ll get to experience what life was like for multiple generations of Darkborn and enhance your abilities. The game hasn’t been given a release date but we’re hoping The Outsiders changes that by the end of the year. 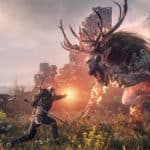