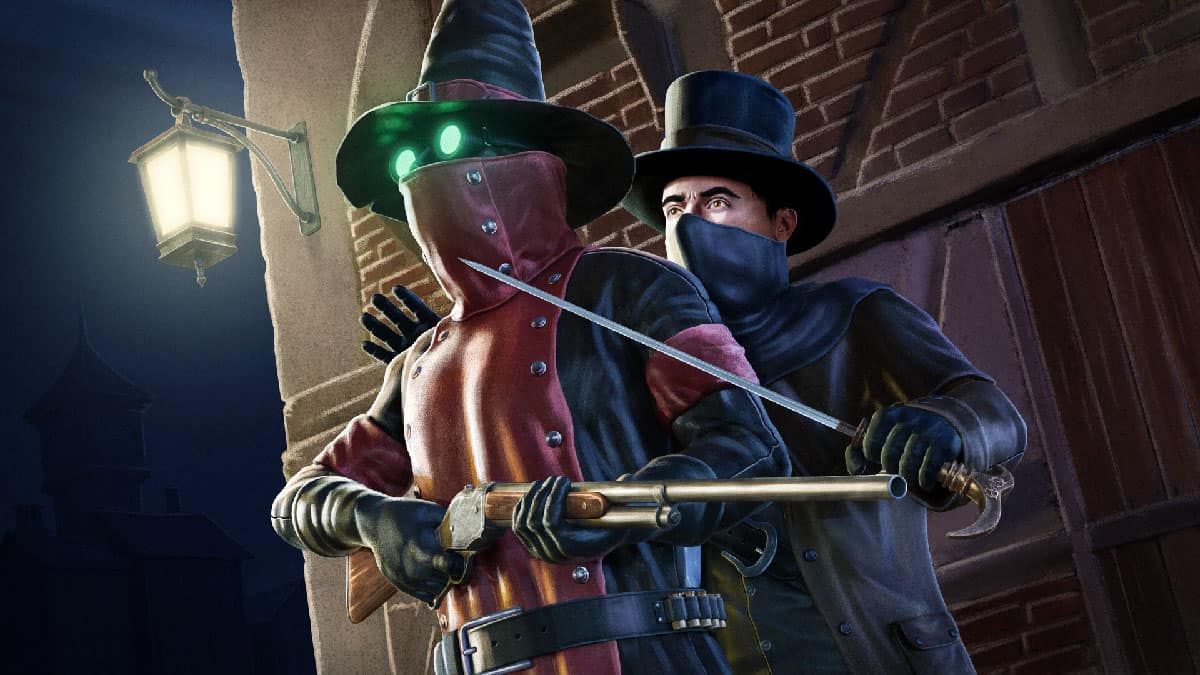 If you’re the type of player that prefers to take their time and approach every challenge with caution, then the best stealth games are a great place to start.

From role-playing games to tactical strategy, platformers, open-world, and puzzle games, stealth mechanics pair nicely with just about every genre.

To help you find the cream of the crop, here we’re highlighting the best stealth games on Steam, PlayStation, Xbox, and Nintendo Switch.

In it, players find themselves trapped in a dark, Victorian city plagued by an ancient curse that turns its citizens into ghastly enemies and monsters with acute senses.

The goal of the game is to escape the city using a unique arsenal of weapons, tools, and traps that favor stealthy playstyles.

Each of these will come in hand as you explore an intricate, hand-crafted city eavesdropping on characters and peeking through door cracks.

From our brief time with the game, this couldn’t be anymore true as Deadly Night pays homage to cult classics while framing gameplay around stealth sequences.

The story centers on a hitchhiking woman that arrives at a small roadside motel only to find a creepy owner and unsettling atmosphere.

What ensues is a tense and terrifying struggle for survival as you try to avoid a bloodthirsty killer by hiding in closets and under beds.

Dead by Daylight is a popular online multiplayer horror game where up to 4 players work together to escape the clutches of a powerful killer.

If you’re a survivor, your main task is to repair generators to reveal a doorway or hatch that will let you leave this nightmare once and for all.

However, this won’t be easy as simple mistakes can cause generators to make noise and each killer is equipped with unique tracking/trap abilities.

While admittingly weaker, the survivors have some tricks up their sleeves as well and can lure the killer away from allies and hide in closets and bushes.

For more co-op horror with a stealth-twist, consider picking up GTFO, a challenging first-person shooter that casts you and your crew as prisoners.

Forced to navigate a sprawling research facility overrun with hellish creatures, you’ll have to use a mix of stealth and aggression to have any chance of surviving.

Thankfully, the game grants you a variety of weapons, tools, and traps to help swing the odds in your favor, even if slightly so.

Keep in mind, there are creatures in this game that should not be alerted at any costs as they can easily swarm your squad and undo all your progress.

Next up on our list is Hyperstrange’s cowboy-themed, first-person horror shooter Blood West.

In it, you set off on an immersive wild west adventure from the perspective of a revenant desperado seeking refuge.

Of course, it’s not long before things go sideways and you’re forced to battle an army of twisted demons and eldritch horrors.

While weapons like the knife, axe, shotgun, and revolver provide a means of defense, battles can become dire rather quickly if you’re not playing stealthy.

You can’t talk about the best stealth games without bringing up Arkane’s critically-acclaimed Dishonored or its fantastic follow-up.

Both see players exploring steampunk-inspired cities patrolled by guards that can be deterred using a host of supernatural abilities and mechanical gadgetry.

This includes possessing enemies, freezing time to remain unseen, deploying traps, or summoning a horde of rats to do your bidding.

Players can even go through each game without killing a single person or outright murdering everyone, with either path helping shape the story.

If you enjoy Arkane Studios’ open-ended approach to stealth, then Deathloop is a notable addition to the developer’s catalog worth checking out.

The story narrows on a hitman that ends up in a timeloop where he’s forced to relive the same day until he can eliminate eight targets back to back.

Breaking the cycle won’t be easy as enemies are scattered across different locations and follow unique patterns depending on the time of day.

Like many of the studio’s past releases, Deathloops manages to cater to both aggressive and stealthy playstyles with its wide selection of weapons/powers.

Another, more criminally-underrated entry in Arkane’s game development history, Prey is an immersive sim with RPG shooter and stealth elements.

Taking on the role of a science researcher, you’ll have to step up to the plate and save the day after hostile extraterrestrials manage to take over the station.

Although you’re welcome to approach every combat encounter with pure vitriol, going the stealth route will often net you better resources and rewards.

Mutant Year Zero: Road to Eden is another stealth-focused game that suffered from a somewhat shaky launch period but is in a much better state these days.

The main selling point of this tactical RPG is its XCOM-inspired combat system that greatly favors stealth over outright hostility.

Players will find the vast majority of encounters can be avoided altogether by carefully maneuvering your team through enemy lines.

This is extra fun simply for the fact characters will occassionally strike up a conversation, sometimes smack-dab in the middle of battles.

Next up on our list is Invisible, Inc., a strategy roguelike that introduces an espionage agency under attack by one of its competitors.

Assigned the job of remote operator, you must direct agents through covert missions to gather resources and intel within a limited timeframe.

At the start of each run, players are given three days to complete jobs across the globe and obtain the necessary equipment for their final mission.

Since the mission details and map layouts vary with each playthrough, you’ll often find yourself having to improvise in order to stay ahead of the AI.

Picklock is another great stealth heist game that manages to leave a lasting impression despite its relatively short campaign.

In it, you take on the role of a hot-shot thief looking to escape his life of crime and start fresh in retirement by saving up money from increasingly high-stakes scores.

It features robust stealth mechanics that let you tackle missions from different angles while providing incentives for completing bonus objectives.

Money stolen from businesses can then be spent on fancy cars and luxury homes or stashed away for one big final pay out.

Set in medieval France, A Plague Tale: Innocence casts you as two siblings on the run from English forces after their family’s countryside estate is invaded.

Since the game’s historical setting coincides with the Black Plague, players will have to avoid diseased rats in addition to enemy soldiers.

This is all while navigating dark sewers, decayed city streets solving puzzles, sneaking, and fighting only when absolutely necessary.

Now is a great time to check out A Plague Tale ahead of the release of an upcoming sequel, A Plague Tale: Requiem.

Players take on the role of a Russian scavenger as he and his new family ride a train through the frozen wasteland looking to reconnect with civilization.

In contrast to previous games in the series, Metro Exodus broadens its scope with bigger open-world environments for players to explore and sneak through.

The next title we’re recommending is Shadow Tactics: Blades of the Shogun, a hardcore tactical stealth game that has you managing a team of samurai spies.

Its story takes place during the Japanese Edo period when a new Shogun has risen to power and organized a task force to help squash a rebellion.

This requires you to combine unique weapons, abilities, traps, and tools to eliminate targets and avoid detection whenever possible.

There’s a good amount of variety in the characters’ playstyle and solutions for tackling just about every challenge the game throws your way.

Hitman 3 is the final entry in IO Interactive’s World of Assassination trilogy and smooths out its predecessor’s rougher edges for more stealth sandbox hijinks.

The story picks up after the two previous installments as Agent 47 and his team try to wipe out the leaders of a secret world-controlling organization.

New features such as permanent shortcuts and VR support help streamline and broaden the gameplay opportunities at players’ disposal.

It really delivers on the idea of roleplaying as a stealthy assassin as levels offer a myriad of disguises, weapons, and restricted areas to poke around in.

Based on the iconic Alien franchise, Alien: Isolation is a first-person survival horror game that takes place 15 years after the original film is set.

Players are cast as an engineer named Amanda Ripley as she gets a potential lead as to her missing mother’s location and decides to pursue it.

What ensues is a sci-fi horror adventure that will take players through dire situations with limited resources and several threats to manage.

Since your character is not as strong as the androids or alien, stealth is key to staying alive long enough to make it off the station.

The Metal Gear franchise is know for its stealth-driven gameplay and themes of espionage spanning eleven main installments.

The one we’re highlighting here is The Phantom Pain, which takes place after Ground Zeroes and casts you as grizzled spy agent Big Boss.

After waking up from a coma, he sets out to assemble a team of mercenaries and exact revenger on his enemies.

Each mission can play out in a several ways depending on how stealthy or aggressive you play, with the enemy AI responding realistically.

Next up, we have a rather unique stealth game titled Republique that’s likely slipped under the radar for many genre fans.

You’re tasked with guiding a woman trying to escape from a maximum-security government facility conducting mysterious experiments on its prisoners.

The game is played from the perspective of hacked security cameras and other devices, making for a more immersive experience.

The result is an atmospheric stealth sandbox experience set in a dystopian future where every decision is a matter of life or death.

Mark of the Ninja: Remastered is another well-received stealth game that incorporates ninja strategies into its combat while telling a unique story.

In it, players are cast as a warrior torn between ancient customs and modern technology in a world plagued by corruption.

Each of the game’s 2D side-scrolling levels presents multiple paths to take depending on whether you want to play things stealthy or go in hot.

Deus Ex is considered a pioneer in the stealth genre across its six installments, including the fourth and most recent entry, Mankind Divided.

In this cyberpunk story, we follow a double agent looking to expose the Illuminati by aligning with a rogue group of hackers to infiltrating enemy headquarters.

Gameplay blends first-person shooter combat with stealth and RPG-based progression with an emphasis on player choice.

This includes unlocking different augmentations for the protagonist that focus on combat, stealth, or survival and change how they interact with the world. 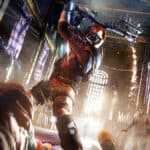