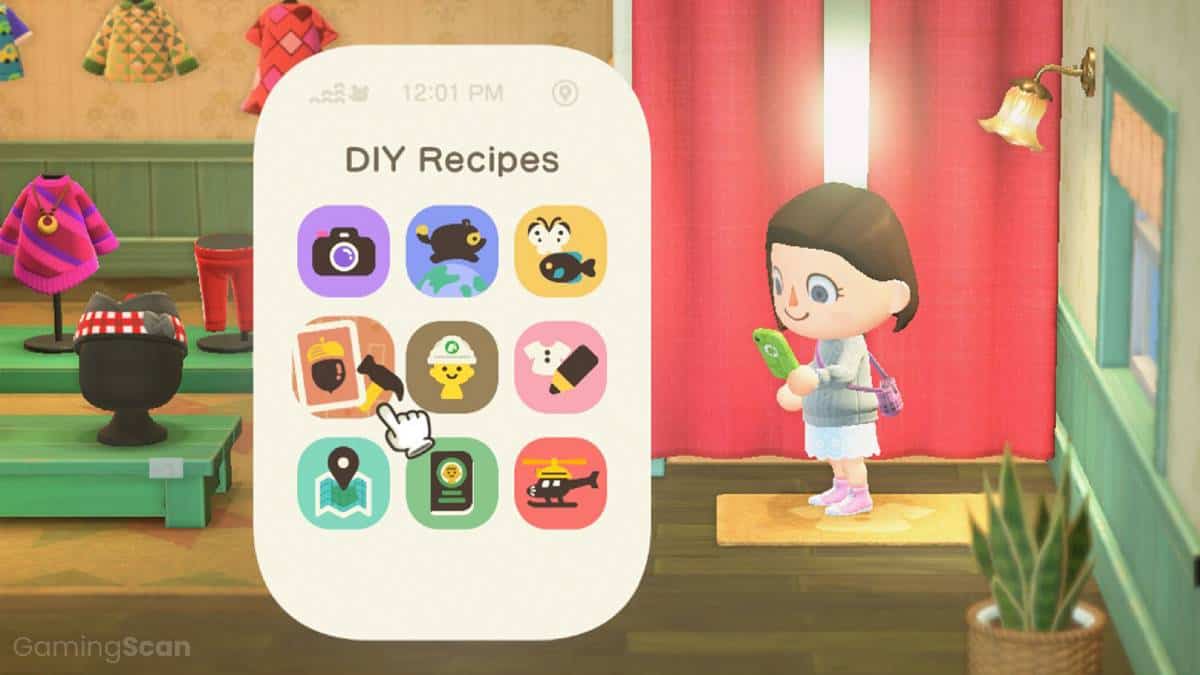 While plenty of these items can still be purchased outright, it’s typically more cost-effective to make them from scratch and save those Bells for constructing bridges and inclines as well as relocating houses and shops.

In this guide, we’ll show you how to get DIY recipes and offer suggestions for getting a lot in a short amount of time.

With a little luck and some patience, your recipe catalog will be filled out in no time.

How To Craft Items

At the beginning of the game, you’ll be given a breakdown of how crafting works courtesy of Tom Nook’s workshop. To craft an item, you’ll first have to learn its recipe, which appears as a card with an acorn on it in your inventory.

Once you’ve learned a DIY recipe, approach any workbench and select ‘Let’s Craft!’ to see what the item will look like along with its crafting material requirements.

At first, you’ll be limited to using the workbench located inside Resident Services. Later on, you’ll be able to craft a variety of workbenches and place them anywhere you want.

How To Customize Items

After you’ve upgraded Resident Services from a tent to a building, Tom Nook will offer to give you a customization workshop. Speak to him, and he’ll give you 50 Customization Kits, which allow you to modify the appearance of items that have already been crafted.

To customize an item, approach a workbench, and select ‘Customize something’ to pull up an alternate menu. Additional Customization Kits can be purchased at Nook’s Cranny for 600 Bells each.

Note: Non-DIY recipe items cannot be customized. To see if an item is customizable, look for a paintbrush icon.

How To Get DIY Recipes

Getting every DIY recipe is no easy task and you will need to devote a lot of time trying to find each one. Thankfully, there aren’t many ways to get new recipes. For a full list of every DIY recipe in New Horizons, refer to the Animal Crossing Wiki.

An excellent way to start off your hunt for DIY recipes is to purchase the following three recipe books available to buy from Timmy (and later Nook’s Cranny):

Another way to get more DIY recipes is to talk to Tom Nook and complete every one of his requests. At some point, he’ll ask you to help furnish three plots of land for new villagers—allowing you to learn a bunch of new recipes in the process.

Villagers can also give you new recipes just for talking to them. For example, the first time you speak to a villager after getting stung by wasps, they’ll teach you how to make Medicine. If you visit villagers while they’re home, there’s a good chance they’ll be in the middle of crafting an item and share the recipe with you.

Special Visitors may give you rare DIY recipes associated with different seasonal events, such as Zipper’s egg-themed recipes for Bunny Day. You can also get Astrology-themed recipes from Blathers’ sister Celeste, who appears on clear nights or during a meteor shower.

Some DIY recipes are only unlocked by collecting a certain number of the same item. For example, dig up enough Manila Clams, and you’ll eventually learn how to make Fish Bait. Reel in enough trash with your Fishing Rod, and you’ll unlock recipes for a variety of trash-themed items.

Message Bottles are another great way to get DIY recipes since they can appear in several different ways, including:

Trade With Other Players

There’s a good chance you’ll come across a DIY recipe you already know. Although recipes can be sold at Nook’s Cranny, why not use them as an opportunity to collaborate with other players. Try reaching out to some friends to see if they have any recipes they would like to trade. 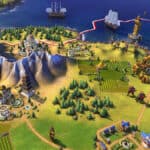