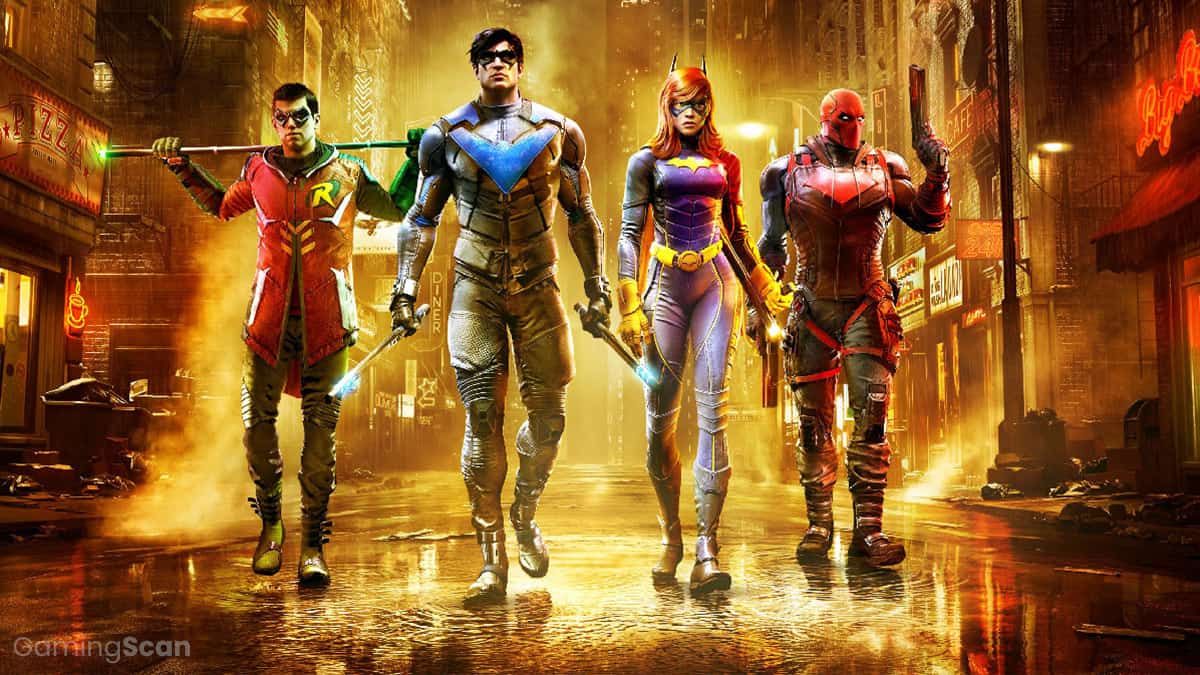 Gotham Knights follows in the footsteps of the Batman: Arkham series while centering on four unique heroes: Nightwing, Batgirl, Robin, and Red Hood.

The game’s mix of open-world exploration, action-RPG combat, and DC heroes and villains Gotham Knights is very similar to other popular superhero games.

In this list, we’ll help players find some fun alternatives by listing the best games like Gotham Knights on Steam, PlayStation, Xbox, and Nintendo Switch.

Our first suggestion for games like Gotham Knights is Steelrising, the latest action RPG to come out of studio Spiders for PC and consoles.

Set in an alternate Paris during the 1789 French Revolution, it sees you controlling a mysterious automaton with superb combat abilities.

Like Gotham Knights, the game is played from a third-person POV with an emphasis on action-packed combat, vertical-based exploration, and RPG progression.

Asterigos: Curse of the Stars

Next up is Asterigos: Curse of the Stars, another action RPG with Soulslike combat developed by Acme Gamestudio and published by tinyBuild.

In it, players take on the role of Hilda, a brave young warrior who embarks on a journey to a cursed city in order to save her lost father.

Set in the legendary Star Wars universe, it casts the player as Cal, one of the few remaining Jedi trying to survive while being pursued by the Empire’s assassins.

Along with featuring a third-person POV, Fallen Order offers tense, melee-based lightsaber combat against a wide array of enemy types and bosses.

While the game doesn’t have an open world per se, players will get to travel to different planets with unique environments, characters, and details.

Kena: Bridge of Spirits is another third-person action-adventure game that shares some similarities with Gotham Knights in terms of gameplay design.

In it, you follow a young spirit guide as she hones her magical powers to help the deceased move on to the afterlife and defend herself from enemies.

Kena’s primary weapon is her magical staff but she can also cast spells, wield a bow and arrow, and call small spirit companions known as the Rot into battle.

Although Bridge of Spirits’ world is nowhere near the scale of Gotham Knights, there are multiple locations to explore as well as a central hub area that evolves throughout the game.

No doubt many players’ top contender for Game of the Year, Elden Ring is an excellent alternative for a game like Gotham Knights.

For one, it features a vast open world spanning multiple areas with distinct challenges and bossfights to navigate and overcome.

Secondly, it centers on action RPG combat and progression where players can wield an assortment of weapons and items to define their playstyle.

This includes support for long-range, melee-focused, and spell-casting builds that share some similarities with Gotham Knights’ playable protagonists.

Moving along, we recommend Gotham Knights fans pick up Thymesia, a tough-but-satisfying action RPG with Soulslike combat and a complex plague weapon system.

Set in a kingdom overrun with death and decay, it sees you playing as a plague doctor on a mission to regain his memory and lift the alchemic curse placed on the world.

To do so, players will have to wield the power of disease by defeating enemies and harnessing their powers to become stronger.

Over time, new weapon and ability upgrades become available, allowing you to take on a host of increasingly challenging bosses.

The Monster Hunter series has always been great for some action RPG-inspired fun while including MMO-lite social features that make co-op feel equally satisfying.

The latest incarnation, Monster Hunter Rise, looks to continue this trend by supporting up to 4-player co-op and a diverse pool of playstyles.

There’s the usual fare of blades and bows as well as hard-hitting hammers, defensive lances, and powerful bow guns capable of piercing the toughest monsters.

Additionally, much like Gotham Knights, each character is given a set of tools that can be leveraged to traverse the world, distract enemies, and gain combat advantages.

If you’re looking for more superhero games that feature squad-based mechanics, look no further than Marvel’s Guardians of the Galaxy.

Billed as a third-person shooter, the game sees you guiding the titular team of misfit heroes across the galaxy as they stir up trouble while looking for their next big score.

Although the story is primarily focused on the Guardians’ leader Star-Lord, players can issue commands to the rest of the team in and out of battle.

This opens up the possibilities for exploration as each member of the Guardians brings a unique set of skills that allow you to reach new areas and rewards.

Gotham Knights fans looking for more open-world superhero adventures are welcome to check out Marvel’s Spider-Man, which is now playable on both PC and console.

In it, we follow the titular hero as he tries to juggle both of his identities in the face of increasingly dangerous stakes that threaten New York City.

Combat introduces its own set of Spidey-themed gadgets that pair nicely with the web-slinger’s dexterous fighting style, allowing for dazzling combos and finishers.

Whether or not you’ve previously played through any of the Batman: Arkham games, now is the perfect time to familiarize yourself or get reacquainted ahead of Gotham Knights’ release.

Each one centers on Batman and his never-ending plight to defend his home from a rogue’s gallery of DC villains that includes the Joker, the Riddler, and Scare Crow among many others.

While the Arkham storyline isn’t directly tied to the events of Gotham Knights, there’s a lot of overlap between the two in terms of gameplay and development.

Another game that centers on a team of superheroes tasked with defending a city is Marvel’s Avengers, which was released in an admittingly sorry state but has since greatly improved.

This can be chalked up to Crystal Dynamics’ extensive post-launch support as well as updates and expansions that add new characters and story content.

Anyone who’s held off on playing due to the bad press surrounding Marvel’s Avengers will be happy to know it’s in a much better, playable state these days.

Next up is Marvel Ultimate Alliance 3, an action RPG crafted by Raven Software exclusively for the Nintendo Switch console.

This includes over 30 beloved heroes and villains along with a dozen or so locations inspired by Marvel Comics history with additional post-launch DLC expansions.

Much like Gotham Knights, each character has a distinct playstyle comprised of unique weapons and gadgets that shape the flow of battles.

If you’re tired of playing as Gotham’s do-gooders, you can always see how the other half lives in a game like LEGO DC Super-Villains.

Serving as a continuation of the LEGO Batman series, it has you creating an original villain before joining forces with DC evil-doers for an action-packed adventure.

This will take players across a vibrant open world inspired by the DC universe with regard to recognizable locations such as Gotham City.

As such, it’s the perfect palette cleanser after tying the bow on Gotham Knights and offers casual-minded gameplay with minimal challenge.

Speaking of palette cleansers, why not swap genres entirely and play the turbulent story-driven adventure that is Batman: The Telltale Series.

Created in the same vein as other choice-driven Telltale games, it follows our Caped Crusader as he explores the streets of Gotham cleaning up crime and conducting investigations.

This is all while maintaining appearances as Bruce Wayne and making tough decisions that shape the outcome of each chapter’s branching storyline.

Gotham Knights fans will no doubt appreciate the level of detail in recreating iconic Batman locations like the Batcave and Arkham Asylum.

Last but not least, if you’ve got a hankering for more superhero-inspired open-world adventures, Saints Row IV will scratch that itch in spades.

Expanding upon the series’ reputation for over-the-top action and storytelling, the game has you assuming control of a gang leader turned US President.

Tasked with preventing an alien invasion, players must wield an arsenal of superpowers and deadly weaponry against enemies across the city of Steelport.

Getting around the open world is made easier by your character’s traversal tools, which include ridiculous meta-human powers like super speed and mega jumps. 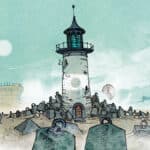