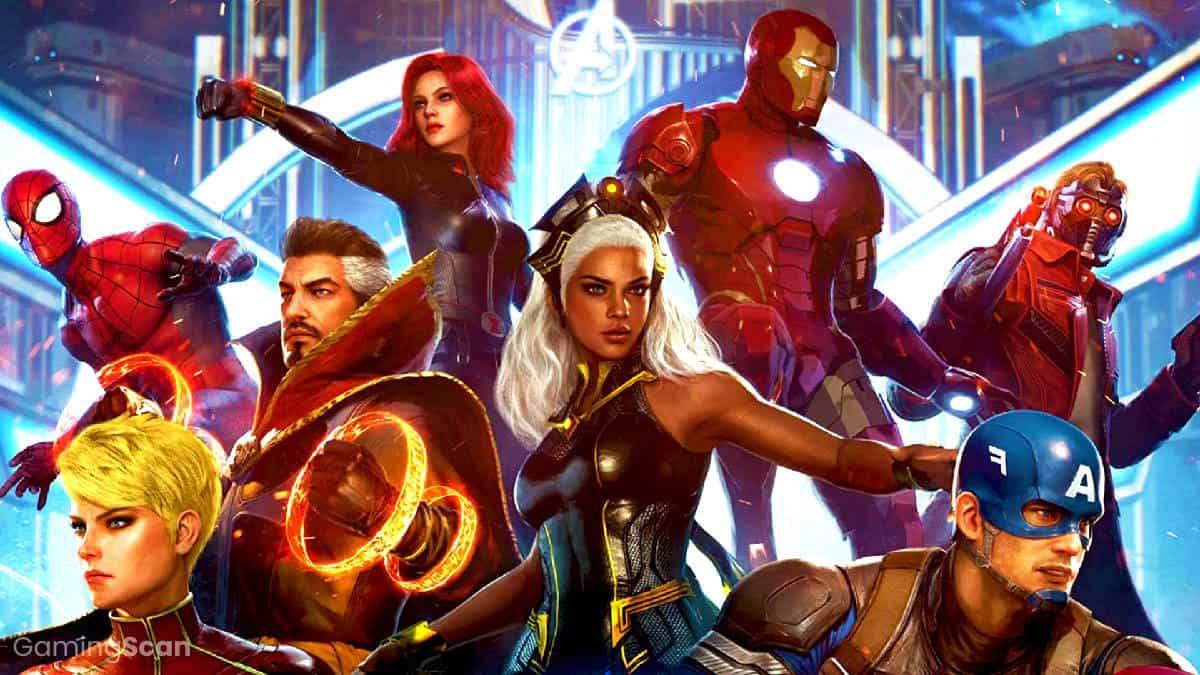 Marvel has a rocky history with video game adaptations of its comic book characters, including beloved series like Ultimate Alliance and Marvel vs. Capcom along with plenty less-than-stellar movie tie-in games.

However, in recent years the global brand powerhouse has become more careful about which characters get chosen for adaptations as well as which developer/publisher takes the reins.

We’ll be updating this list in the future with new titles, so make sure to check back and let us know if we missed any of your favorite Marvel games for PC, console, and mobile!

The first game on our list is Marvel’s Guardians of the Galaxy, a third-person shooter that combines great storytelling with thrilling squad-based combat centered on a ragtag team of misfit heroes.

In it, players assume control over Star-Lord as he leads his oddball crew across the cosmos stirring up trouble, battling foes, and making decisions that will shape the fate of the galaxy.

Throughout the story, players get to form unique bonds with each of the guardians as well as enhance their skills using RPG progression and pull off powerful “tag-team beatdown” attacks.

Following its release, GOTG has won several awards for Game of the Year and is regarded by many as one of the best games of 2021.

Next up, Marvel’s Spider-Man is a fantastic and modern take on the Spider-Man mythos that strikes the perfect balance between honoring the comics, video games, and films Spidey has appeared in.

It maintains the open-world style gameplay of its predecessors while presenting a much more experienced Peter Parker as he tries to juggle both his personal life and passion for web-slinging.

While some may argue it’s lacking in innovation and relies on outdated open-world tropes, this is balanced by the fact it has the best web-swinging traversal of any Spider-Man game.

Since its release, Marvel’s Spider-Man has performed exceptionally well commercially and critically and even earned the title of “Best Super Hero Game of All Time” from certain gaming outlets.

You can’t bring up 2018’s Spider-Man without also mentioning Miles Morales, a standalone follow-up to Insomniac’s game that shifts focus from Peter Parker to his up-and-coming apprentice, Miles.

The story kicks off with the duo fighting crime across New York before Peter is called away, forcing Miles to step up to the plate and fulfill his web-slinging duties in the meantime.

Spider-Man: Miles Morales maintains the open-world design of its predecessor while telling a new original story about Miles’ struggles with family, friends, and his newfound powers.

Aside from being well-received by critics and fans, the game stands out for being the first Spider-Man game to launch alongside a new console (PS5).

It might be strange to see a game like Marvel’s Avengers included in this list, especially after the game’s shaky launch, however, 2021 has proven to be a turning point for the live service title going forward.

This can be attributed to extensive post-launch patches and gameplay refinements from developer Crystal Dynamics as well as ongoing expansions that add new characters and story content for free.

Gameplay is best described as a cross between looter shooter, dungeon-crawling RPG, and squad-based brawler that fully maximizes the potential of its iconic roster of heroes.

If you’re like us and decided to hold off on playing Avengers due to the negative reviews, you can avoid the risk of making a bad purchase by checking it out through Xbox Game Pass.

Reminiscent of dungeon crawling RPGs like Diablo, the game sees you assembling a team from over 30+ recognizable heroes and villains before heading into battle across iconic Marvel locations.

While the game has its share of technical issues, no doubt due to the Nintendo Switch’s hardware limitations, there’s a lot to enjoy for both newcomers and longtime Ultimate Alliance fans.

This includes separate stat progression for each character along with distinct abilities, bonuses, and synergies depending on your squad’s composition.

The first Marvel mobile game we’re recommending you check out is Marvel Future Revolution, a more recently released game that takes place during an event called “The Convergence” in the comics.

This causes multiple alternate reality Earths to begin colliding with each other, bringing different versions of Marvel heroes and villains to our world.

The game is billed as an open-world RPG from mobile developer Netmarble, who also created Marvel Future Fight in 2015, with both games sharing many similarities.

Another mobile entry in Marvel’s extensive game catalog, Marvel Puzzle Quest eventually made its way to Xbox and PlayStation consoles in 2015.

If you’re the kind of player who admires a wide range of Marvel characters, then you’ll love exploring Marvel Puzzle Quest’s deep roster of characters totaling in the hundreds.

If one Guardians game isn’t enough for you, we’re also recommending Marvel fans check out Telltale’s take on the comic book (and now film) franchise with GOTG: The Telltale Series.

Presented as an episodic adventure game, it follows the Guardians as they seek out a powerful artifact known as the Eternity Forge.

While it’s pretty much guaranteed that most of us won’t ever achieve the same level of wealth or technology as Tony Stark, we can still play pretend in Marvel’s Iron Man VR.

Released in July 2020 by Sony, the game was created by developer Camouflaj exclusively for the PlayStation 4’s VR peripheral.

In it, players take on the role of Iron Man and step into his suit for a high-flying adventure in the clouds complete with advanced weaponry and a first-person POV.

The game does a great job of leveraging the VR format by immersing you with responsive controls, high-quality sound effects, and the occasional snarky remark from Mr. Stark himself.

Meant to be played by gamers of all ages, Lego Marvel Super Heroes is a colossal comic book adventure where players can control 180+ different Marvel characters.

The story opens with our heroes working together to prevent Loki, Galactus, and a host of other Marvel villains from assembling a super-weapon capable of destroying the world.

Gameplay is reminiscent of other Lego titles but greatly benefits from the diversity of powers found throughout its superhero roster, including members of The Avengers, X-Men, and Fantastic Four.

The game currently holds the title for “best-selling Lego game” and even spawned a sequel, Lego Marvel Super Heroes 2, which we also recommend picking up to play with friends and family.

Another beloved entry in one of Marvel’s oldest game series, Ultimate Marvel vs. Capcom 3 is a tag-team fighting game where players assemble teams of three characters and duke it out.

It’s a standout entry in the series for its high-risk, high-reward combo-based gameplay as well as stylish visuals and expanded roster worthy of the title “Ultimate.”

Leveraging both Marvel and Capcom’s deep catalog of characters, the game allows you to mix and match heroes and villains on your quest for glory.

While Marvel and Capcom have collaborated to release later iterations, Ultimate MVC 3 is fondly remembered as the definitive Marvel fighter game of the 2010s.

Of all the Marvel characters to receive their own standalone game, an action-packed beat ‘em up starring Deadpool is probably the last thing we thought we’d ever see.

Fortunately, it falls under the category of good Marvel games despite the combat and overall gameplay feeling a bit too repetitive at times.

However, the game’s saving grace is its writing, particularly Deadpool’s dialog and over-the-top reactions to events throughout the story.

Although Deadpool is a lot older than many of the games highlighted at the top of this list, it was ported to PS4 and Xbox One in 2015.

There are a handful of upcoming Marvel games currently in development that are expected to release in 2023 and the years that follow.

Below, we’ve highlighted the most anticipated Marvel game releases to keep an eye out for updates in the coming months.

Set to release this year, Marvel’s Midnight Suns is the next tactical turn-based game from Firaxis and looks to differentiate itself from the studio’s previous titles, namely XCOM, in several ways.

The most notable difference in Midnight Suns is the addition of a card-based combat system that restricts heroes’ abilities to those included within randomized decks.

You take on the role of a customizable hero called The Hunter as they team up with various Marvel characters to stop the demonic queen Lillith from awakening a Cthulhu-like dark lord.

The game features a hub area where you can interact with party members to develop relationships that affect combat, such as unlocking unique team combo attacks to use during battle.

After the success that was Marvel’s Spider-Man and Mile Morales, Insomniac has been given the task of adapting another iconic Marvel character, Wolverine.

Last but not least, Insomniac is also hard at work on a direct sequel to Marvel’s Spider-Man that will come exclusively to PS5.

At the moment, little is known regarding story or gameplay but we can confirm that both Peter Parker and Miles Morales will be reprising their roles as Spider-Man…or is it Spider-Men?

Furthermore, Kraven the Hunter, Venom, and likely a host of other recognizable Marvel villains are expected to make an appearance in some form. 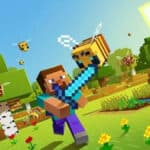 How Many Enchantments Can A Sword Have In Minecraft?
Related Topics Tags