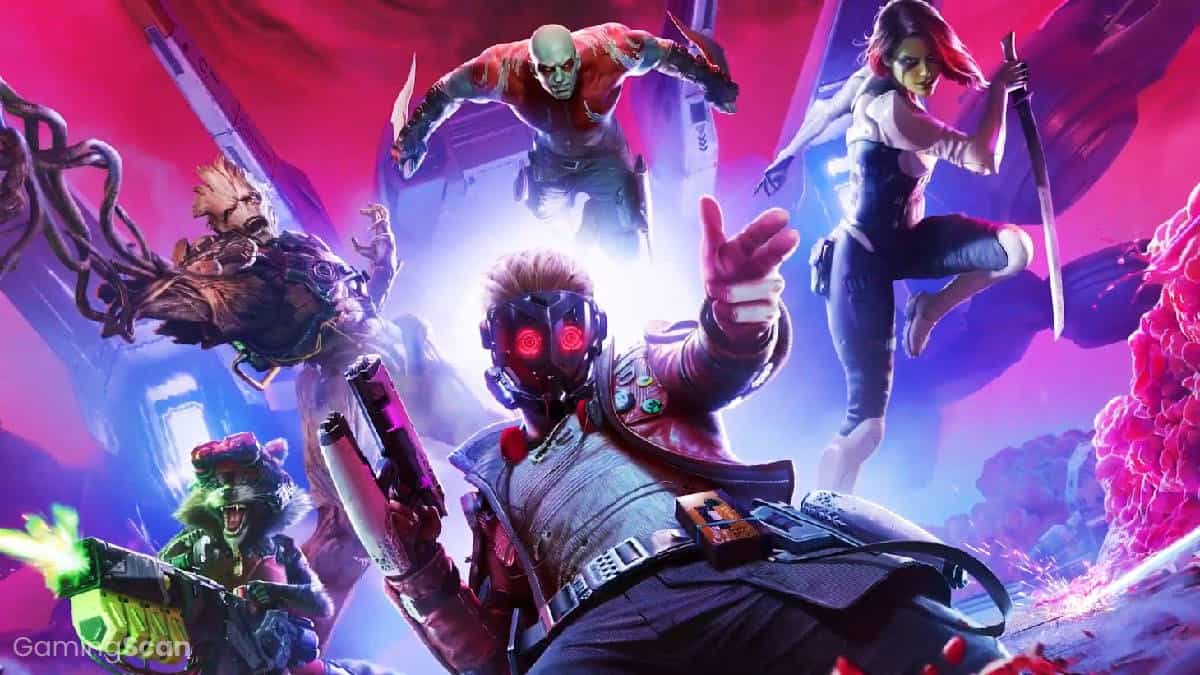 Combining great storytelling with superhero powers and thrilling third-person combat, Marvel’s Guardians of the Galaxy is one of the best games of 2021 and has won several awards for GOTY.

So if you’re a fan of single-player story games like it and want to discover more titles that scratch a similar itch, you’ve come to the right place.

We’ll be updating this list in the future with new titles, so make sure to check back and let us know if we missed any of your favorite games similar to Guardians!

First up is the Mass Effect series, which has had a rich and quite controversial history of releases and spin-offs throughout the years since the early 2000s.

Like Guardians of the Galaxy, each game features extensive dialogue trees with choices that can directly impact the story as well as relationships between certain characters.

Instead of playing as Star-Lord and commanding a ragtag team, Commander Shepard travels across the galaxy with a diverse crew of aliens and humans aboard the Normandy.

Seeing as the series has been around so long, the best way to play the original trilogy today is Mass Effect Legendary Edition, which introduces a host of new graphical and gameplay refinements.

Aside from being one of the best PS5 exclusives of 2021, Ratchet & Clank: Rift Apart is a worthy addition to the long-running shooter-platformer from Insomniac and Sony.

In this iteration, heroes Ratchet and Clank must embark on a world-bending journey after an experiment-gone-wrong causes Dr. Nefarious’ Dimensionator device to go haywire.

As a result, portals from different dimensions begin opening and closing at random with rippling consequences for Ratchet and Clank’s homeworld and countless other realities.

Although Marvel’s Avengers is best described as a looter shooter-style RPG with a multiplayer component, it does have some other qualities that match up with Guardians of the Galaxy.

For one, it’s based on another Marvel comic book property, presents itself in a third-person POV, and incorporates team-based maneuvers during combat.

Additionally, it tells a captivating single-player story filled with twists and turns that are sure to appeal to fans of Guardians of the Galaxy.

If you decided to hold off on playing Avengers due to the amount of negative coverage surrounding the game, we suggest giving it a try on Xbox Game Pass.

Star Wars Jedi: Fallen Order is another action-adventure game rooted in sci-fi that follows a linear structure in terms of its narrative.

Additionally, its gameplay is reminiscent of third-person games like Guardians of the Galaxy along with genre staples such as Assassin’s Creed and Dark Souls.

What’s more, the game is constantly rewarding you for being curious and exploring hidden paths with secret chests and collectibles just like in Guardians.

Even though Guardians definitely has its share of tough challenges, it’s far from the hardest third-person shooter on the market, with many giving that award to Remedy’s cerebral sci-fi shooter Control.

In it, you play as Jesse Faden, a woman with a mysterious past who obtains a shape-shifting pistol and telekinetic powers that allow her to levitate and manipulate objects.

Unlike Star-Lord, Jesse takes on enemies completely alone, harnesses her wide array of weapons and abilities to defeat zombified enemies known collectively as the Hiss.

If you’re looking for a more demanding shooter that will test your skills while still telling an engaging story, look no further.

It’s easy to mistake Guardians of the Galaxy for being an RPG due to its emphasis on player choice throughout the story as Star-Lord is forced to settle disputes amongst his crew.

Another game that puts player agency front and center while portraying its story in a dark, comedic light is Obsidian’s The Outer Worlds.

The story sees you cast as The Stranger, a blank slate/unlikely hero who’s entrusted with deciding the fate of a starving space colony spread out across an entire solar system.

Like Guardians, players spend the game traveling to different planets encountering diverse characters and factions with unique motivations that affect the story.

Spider-Man is another Marvel-related title you should pick up if you haven’t already and takes the web-crawling hero to new heights in terms of narrative and character development.

Similar to the reimagined Peter Quill we get in Guardians, Peter Parker has been through a lot of ups and downs throughout his crime-fighting career and is constantly struggling with his role.

He’s joined by a compelling cast of characters that each plays a pivotal role in shaping the story, though not in the same choice-based way as Guardians of the Galaxy.

While the game is worth checking out for its fluid web-swinging traversal alone, we’re sure Marvel fans will find a lot more to chew on regardless.

If you’re searching for another linear action-adventure game that rewards exploration, the rebooted Tomb Raider trilogy will do you some good

Each entry sees globe-trotting adventurer Lara Croft dealing with a new paramilitary or supernatural threat as she travels to exotic locales searching for ancient artifacts and solving mysteries.

Like Guardians, this particular entry was developed by Eidos Montreal and depicts Lara as a conflicted protagonist who’s willing to operate within morally gray areas to achieve her goals.

Final Fantasy XV strays away from the traditional RPG structure of the franchise in favor of more action-driven combat with squad-based commands.

The story takes place in Eos, a fantasy world based on our reality, and has you playing as a young man named Noctis as he sets out to retrieve a stolen magical crystal.

Similar to Guardians of the Galaxy, the game rewards you for spending time getting to know your companions in several ways, including unlocking new perks and attacks during battle.

This comes in handy during FFXV’s free-flowing combat as Noctis can coordinate with party members to pull off stylish team-based maneuvers in real-time.

Another action RPG that does a great job at executing party-based combat is Kingdom Hearts III, in which you play as Sora as he’s joined by AI-controlled allies Goofy and Donald, among others.

Like Guardians and FFXV, the game features a free-flowing combat system that lets players perform dazzling keyblade attacks and spells seamlessly with their teammates.

Additionally, anyone who’s played a Kingdom Hearts game before will attest to the series’ visually-stunning environments and larger-than-life bosses.

Although some parts of KH3 feel admittingly dated by today’s standards, there’s enough to admire to warrant giving the game a try in 2023.

This list wouldn’t be complete without mentioning the other Guardians-related video game, Marvel’s Guardians of the Galaxy: The Telltale Series.

Presented as an episodic adventure game based on the original comic (and now film) franchise, it follows the Guardians as they seek out a powerful artifact known as the Eternity Forge.

While the gameplay is less action-packed than 2021’s Guardians of the Galaxy, the two appear to have a lot in common in terms of storytelling and character development.

Some even consider Eidos-Montreal’s game to be a spiritual successor to Telltale’s since the two share similar dialogue choices and leverage the Guardians’ films and comics to create new incarnations.

Once you look past Fallout 4’s more traditional RPG structure, the similarities between it and Guardians of the Galaxy become abundantly clear.

In it, you take on the role of the Sole Survivor, a vault dweller who awakes from cryogenic stasis after witnessing their son’s kidnapping and spouse’s murder following a cataclysmic nuclear attack.

After emerging from Vault 111, players set off across the Commonwealth Wasteland looking for clues about their lost child while encountering a host of eccentric NPCs along the way.

Much like Guardians, certain characters can be recruited to aid you in combat and provide unique dialogue options during certain quests.

The reason being both games feature similar choice systems in which most scenarios play out in one of two ways depending on the player’s actions.

Like Star-Lord, protagonist Adam Jensen can acquire new abilities and weapon upgrades throughout the story in addition to exploring both stealthy and more aggressive playstyles.

Though you don’t get the squad-based synergies of Guardians, it’s very easy to tell just from playing that both games were worked on by the same studios and share similar DNA. 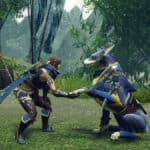