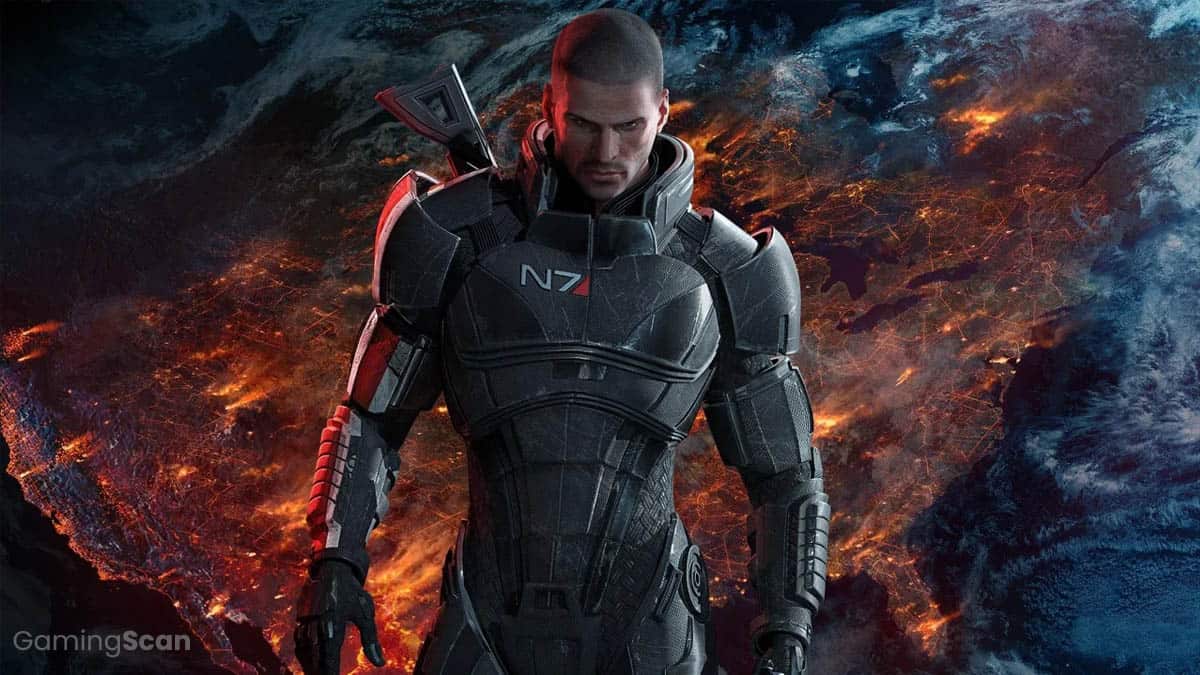 There is a long list of timeless, amazing RPGs that have attained cult classic status over the years, and Mass Effect is definitely one such RPG.

This sci-fi epic is one of BioWare’s crown jewels, and it is widely regarded as one of their best (if not the best) games. So, if you haven’t gotten around to trying Mass Effect out, now would be a good time to do so, especially since a remastered Legendary Edition has been released, bringing the original trilogy to modern platforms.

Still, if you’re wondering about all the games that comprise this series at the moment, we’ll be listing them in chronological order, along with a brief overview of each one. 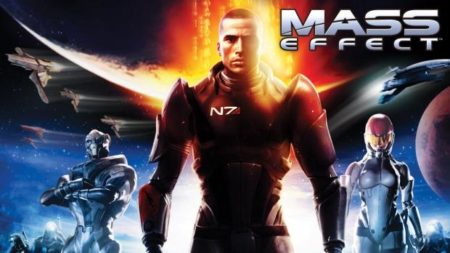 Originally released as an Xbox 360 exclusive, the first Mass Effect game was the inception of one of BioWare’s best franchises and was yet another entry in the streak of excellent games that the studio had released throughout the 2000s, along with the likes of Star Wars: Knights of the Old Republic, Neverwinter Nights, Dragon Age: Origins, and Jade Empire.

The first game introduces the trilogy’s protagonist, Commander Shepard, whose name, gender, appearance, and background can all be customized.

It also set the foundation for the combat system that the later entries would modify further down the line: third-person shooter with a cover system and a selection of several classes that either specialize in or balance between combat, tech, and biotic abilities, complemented by up to two AI-controlled companions.

It was also the first game to introduce the “dialog wheel” that later on proved to be a bit of a controversial feature in other RPGs, as many felt that it streamlined the experience too much and took away from the variety of dialog options commonly seen in older RPG games.

Overall, Mass Effect was a well-rounded experience, and while it delivered a very effective and well-executed story, the second game would ultimately overshadow it in several ways, mainly in the narrative department. 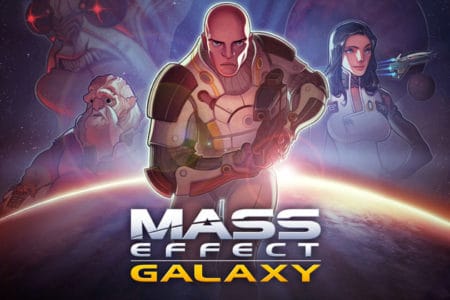 The second Mass Effect game to be released was Mass Effect: Galaxy, a top-down action game released exclusively for iOS. It was a prelude to Mass Effect 2 that introduced the two companions that the player would encounter first in the sequel, Jacob Taylor and Miranda Lawson.

However, Galaxy wasn’t exactly met with high praise and was pulled from the App Store a few years later, in 2012. 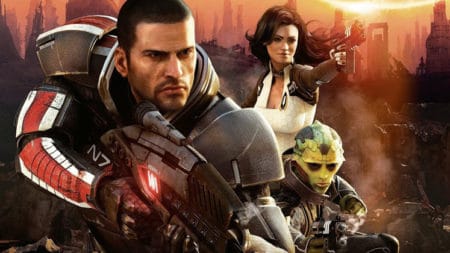 The sequel to Mass Effect, Mass Effect 2, came in 2010, and it is regarded by many as the definite pinnacle of the franchise, for a number of reasons.

While not everyone liked the simplified combat system that leaned more towards a regular TPS rather than an RPG, there’s no denying that Mass Effect 2 was a clear notch above the original when it came to level design, the story delivery, and characterization.

The game had twice as many companions as the original, and the quantity definitely didn’t come at a cost of quality, as all of the companions felt very unique and had interesting backstories.

Overall, Mass Effect 2 ironed out many of the original’s flaws and delivered a much smoother experience, complete with a longer campaign and more engaging side quests.

Sadly, the only thing holding it back was its combat system that wasn’t as complex as that of the original nor was it as fast-paced and fluid as a more action-oriented experience should have been. 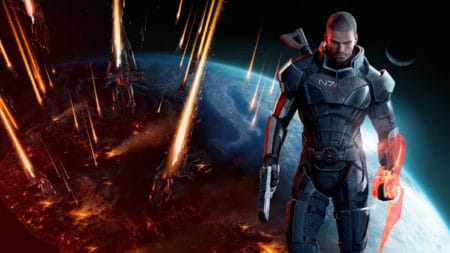 The third and final installment in the original Mass Effect trilogy, Mass Effect 3, was a rather controversial entry, although it wasn’t without its share of merits.

Most notably, Mass Effect 3 did a great job when it came to the combat, as it felt noticeably smoother than what was previously seen in Mass Effect 2, making it a much more engaging experience as far as the gameplay mechanics were concerned.

However, the game was lacking in many other departments compared to its predecessor. The environments weren’t as memorable, the dialog system was very shallow, and, most notably, the story and the ending simply felt rushed and incomplete.

Almost everyone has heard of the infamous ending of Mass Effect 3 that ignored all of the choices made throughout the trilogy and simply had the player choose between three endings that hardly differed before they were expanded via a free DLC. And while said DLC did a decent job at making the endings serviceable, many fans still feel that the epic saga simply didn’t get the ending it deserved.

With all of that in mind, Mass Effect 3 is not a bad game and it’s easy to see the potential that it had to become a very strong RPG in its own right.

However, all of it remains overshadowed by the controversy that surrounded it upon release, and to this day, it remains a somewhat incomplete conclusion to a great story. 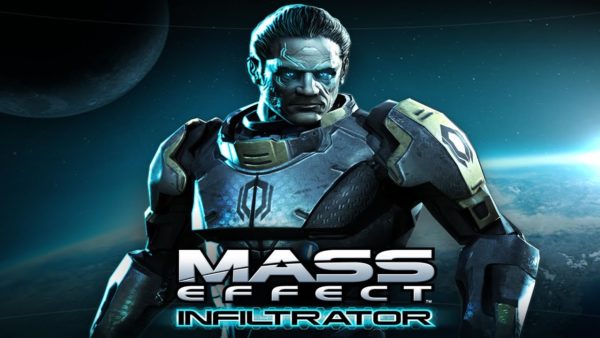 Mass Effect: Infiltrator came out alongside Mass Effect 3 and was released for several mobile platforms. It was a third-person shooter that was noticeably more complex and polished than the previous Mass Effect mobile game, Mass Effect: Galaxy.

However, much like Galaxy, Infiltrator was pulled from the App Store about three years after it was released and is no longer available for download. 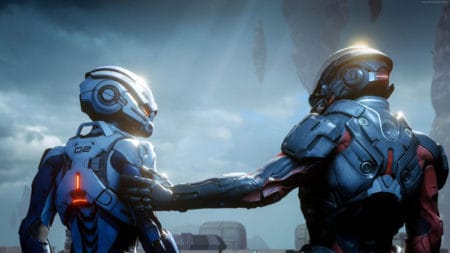 For a good five years, Mass Effect 3 held the title of the most controversial Mass Effect game. However, in 2017, that title was taken from it by Mass Effect: Andromeda.

As the name implies, the game takes place in the Andromeda galaxy, distancing itself from the events of the original trilogy. This allowed the developers to keep the ending of Mass Effect 3 ambiguous and it provided some much-needed room to create a new, fresh setting for future Mass Effect games.

Sadly, though, Andromeda didn’t do much with its blank slate, as it was filled with boring side quests, underwhelming new characters, and it featured an uninspired story that felt highly derivative of the original trilogy.

Add to that the plethora of ridiculous bugs that plagued the game at launch, and it is obvious why Mass Effect fans were disappointed with Andromeda and why it ultimately flopped.

Granted, the game is not entirely without merit either. It featured some stunning environments and the combat system had a lot of potential with the extra mobility and verticality that it introduced.

However, all of this was overshadowed by the game’s numerous flaws, and today, it feels like little more than a footnote in the franchise’s history. 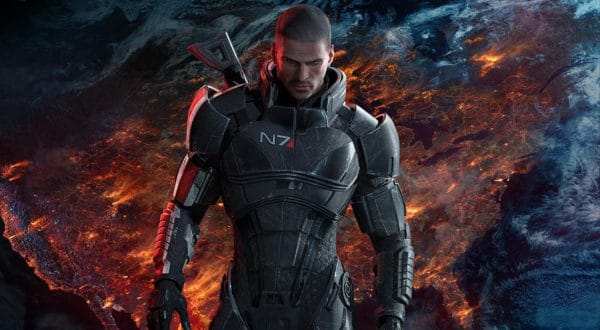 For Mass Effect fans, it may feel like the first Mass Effect and its sequels came out only yesterday. However, it’s been almost a decade since the original trilogy concluded in 2012, and there’s no denying that these great games now look very dated compared to the new titles that are coming out today.

Fortunately, EA has decided that now would be a great time to finally remaster the original Mass Effect trilogy and release it on newer platforms – it’s easy to see why, seeing as how the new console generation has officially started.

However, it should be noted that the Legendary Edition is a remaster, not a remake, so apart from the quality of life changes and some minor improvements—particularly when it comes to the first game—it does not add any new content nor does it change the old content in any drastic way.

The Legendary Edition was released on Windows, as well as the Xbox One and the PlayStation 4. Despite what was originally thought, the remaster won’t be released on the current-gen consoles, but will still be playable via backwards compatibility.

The remastered Mass Effect trilogy wasn’t the only good news unveiled on N7 Day 2020, as BioWare has officially confirmed that a new Mass Effect game is now in development.

Not much was revealed originally, apart from a single piece of concept art and the fact that a “veteran team” was hard at work on the project. However, with Casey Hudson’s abrupt departure from BioWare and with EA’s track record, the future of the Mass Effect series remains rather dubious at the moment.

Something else that’s worth noting is that a new teaser trailer was revealed in December, and it showed a very familiar face, implying that the franchise will be returning to the Milky Way and will presumably take place after the events of Mass Effect 3, although it’s not yet clear just how long after.

In any case, it’s best to reserve judgment and exercise cautious optimism until further details regarding the new game are revealed, but it’s safe to assume that we probably won’t be getting any more news for a while.

And so, that would be the complete list of all Mass Effect games released so far.

Fortunately, much to the delight of fans worldwide, Andromeda did not manage to kill the franchise as originally thought, and one of our favorite video game sci-fi sagas is far from over. Stay tuned for future updates! 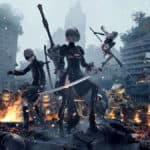