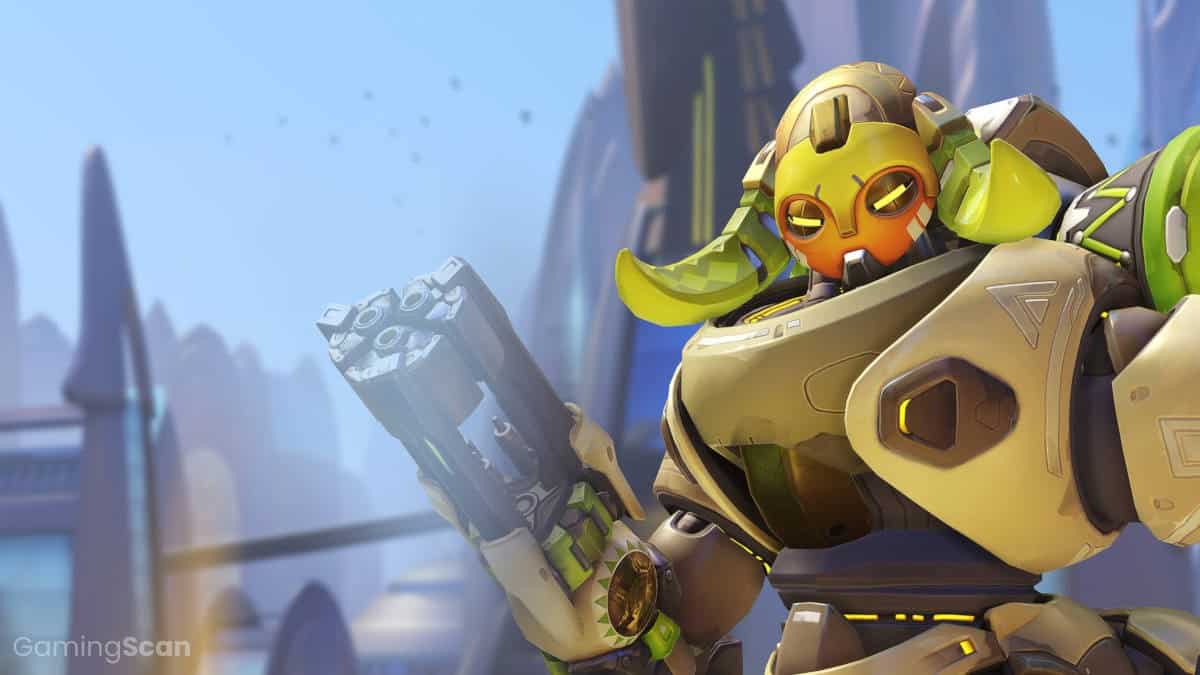 One of the most formidable Overwatch tanks, Orisa serves as the anchor of her team, attacking from long-range and defending allies with a protective barrier.

So if you’re looking to improve your performance, this Overwatch Orisa guide is designed to highlight the best tips, tricks, and strategies for playing as the guardian robot.

If you would like more tips and tricks, then make sure to check out our Overwatch Beginner’s Guide, where we dive into hero roles, team composition, and best practices for winning.

Equipped with 200 health and 250 armor, Orisa isn’t the beefiest tank by any stretch but makes up for it with a protective barrier that shields both her and her team from incoming attacks.

Additionally, her kit provides some handy utility-based moves that can help boost her survivability as well as buff teammates within her line of sight.

However, like many Overwatch heroes, Orisa can take some time and practice to master due to her unconventional playstyle; below, we’ve provided an outline of how to use each of her abilities.

How To Use Fusion Driver

Orisa’s primary weapon is her Fusion Driver, an automatic projectile cannon that delivers sustained damage (11 per round) but slows movement while firing (-30% penalty).

While the weapon’s very large magazine makes it perfect for spamming enemies, it also has a slight spread that makes it less effective at extreme ranges.

Since its bullets register as projectiles, Fusion Driver is not subjected to damage falloff regardless of the range, making it possible to land headshots from a considerable distance.

Lastly, due to Fusion Driver’s 2.5 second reload time, we suggest you try to avoid having to reload too often, namely in the middle of a fight, since it leaves Orisa vulnerable to enemy attacks.

How To Use Protective Barrier

One of the best abilities in Orisa’s kit, Protective Barrier sees her throwing out a stationary shield with 600 health that can protect her and her allies from enemy fire for up to 20 seconds.

The cooldown for the barrier starts as soon as Orisa deploys it, not once it’s destroyed, meaning you can launch a second barrier to replace the first one before its health depletes.

What’s more, the barrier doesn’t disappear after Orisa dies, ensuring your team is still protected while you return from spawn.

We recommend finding creative uses for the Protective Barrier by placing it near critical chokepoints and on top of the Payload to synergize with turret-users like Bastion, Torbjörn, or Symmetra.

How To Use Fortify

The next ability we’ll be discussing is Orisa’s Fortify, which turns her body gold and provides a 40% damage reduction for 10 seconds.

During this period, Orisa is also immune to movement-impairing effects such as stun, sleep, freeze, pin, etc. as well as abilities like Steel Trap, Graviton Surge, Gravitic Flux, Charge, and Chain Hook.

With that said, it’s not recommended to use Fortify against particularly strong attacks since the damage alone may be enough to kill Orisa and her teammates, such as in the case with Roadhog’s Whole Hog.

We encourage you to think of Fortify as an escape measure for avoiding abilities with movement penalties or tanking a hit that would otherwise kill one of your squishier teammates.

How To Use Halt

Halt sees Orisa launching a graviton ball that moves in a straight line and travels slowly until it either hits a solid surface or is activated by Orisa by pressing the same button again.

After a brief delay, it will slow all enemies within a 5-meter radius and pull them to its center at a speed of 20 meters per second before disappearing.

It’s best to think of Halt as a less-potent Graviton Surge that has the advantage of being able to pull enemies away from cover, Health Packs, and even to their death when placed strategically.

Since the pulling effect doesn’t transcend enemy barriers, you’ll want to avoid using it in front of shields from heroes like Reinhardt or Sigma and look for opportunities to combo with your allies’ abilities.

How To Use Supercharger

Orisa’s Ultimate ability is Supercharger, a deployable device with 200 health that provides a +50% damage boost to Orisa and any allies in her line of sight within a 25-meter radius.

The effects of Supercharger last for 15 seconds or earlier if enemies manage to destroy it by focus firing.

Therefore, it’s wise to try and place it behind a corner, wall, or deployable shield (preferably your own), to provide some protection while you and your team reap its benefits.

Orisa’s anchored playstyle means she’s most effective when she’s grouped up with her team and coordinating her abilities with their attacks.

She’s skilled at dealing mid to long-range damage from behind natural cover or creating her own via her deployable shield, which also proves useful for holding chokepoints and suppressing enemies.

Lastly, moves like Halt and Supercharger provide Orisa with opportunities to set up her allies for high-damage combos and build momentum; below, we’ve outlined the best heroes to pair up with Orisa.

Which Heroes Combo Best With Orisa?

As useful as she is, Orisa has some glaring weaknesses that become more apparent the higher you move up in competitive rankings.

Her low mobility makes her susceptible to flankers, particularly when surrounded by groups of two or more enemies from different angles.

Combine this with her fairly large hitbox, relative low health and barrier compared to Reinhardt, and she’s easily killed by certain heroes.

Which Heroes Does Orisa Struggle Against?

If this is your first time playing Overwatch, we suggest starting with more conventional tanks such as Reinhardt or Roadhog until you have a firm grasp of the game’s mechanics.

However, if you’re a pro Tank player and enjoy taking on new challenges, you’ll find Orisa has one of the more unique playstyles that allows for interesting combos and strategies.

As is usually the case, she demands teamwork and coordination to be most effective in battle, so make sure to communicate with your allies and consider the following: 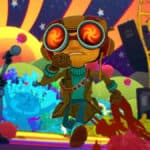