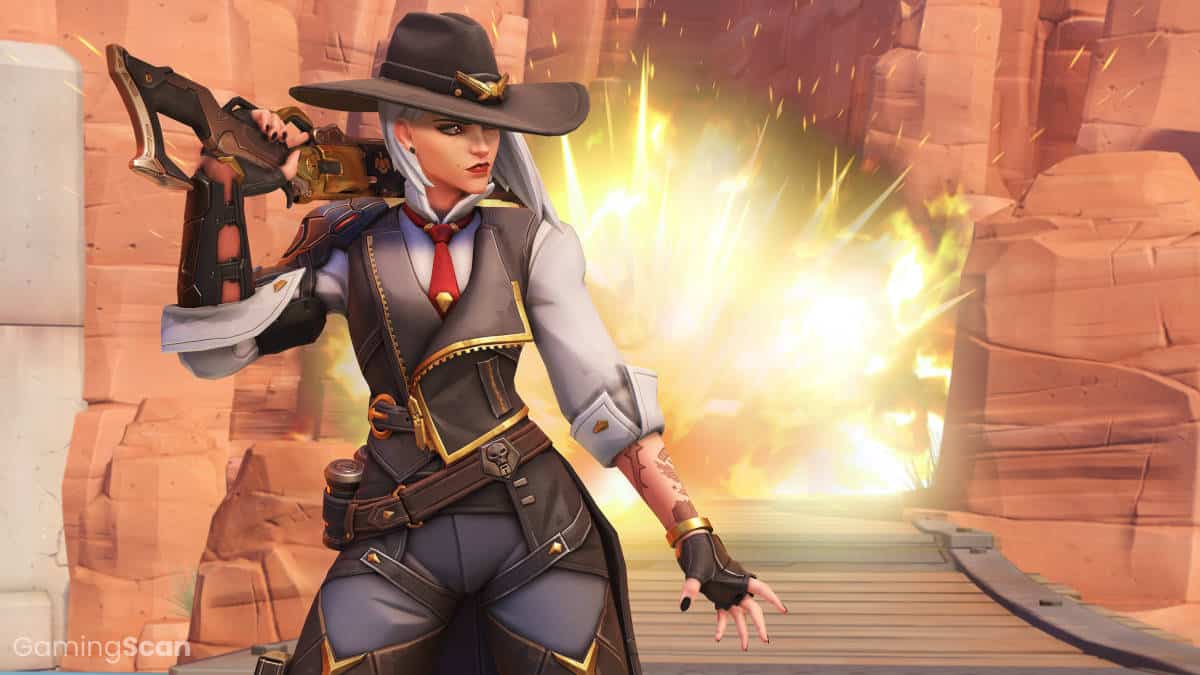 One of the later additions to the Overwatch roster, Ashe has quickly carved out a spot for herself among the competitive DPS pool by offering a mix of high damage shots and utility-based abilities.

In this Overwatch Ashe guide, we’ll highlight the best tips, tricks, and strategies for playing as the calculated thief and gang leader.

If you would like more tips and tricks, then make sure to check out our Overwatch Beginner’s Guide, where we dive into hero roles, team composition, and best practices for winning.

Having led the Deadlock Gang for years, Ashe is no stranger to working with a team nor does she mind getting her hands dirty to get the job done.

She functions as a mid-range DPS hero with the flexibility to switch between fast-firing hip shots and high-damage projectiles when aiming down sights.

By combining her primary weapon with her unique pool of abilities, Ashe becomes a great boon to any team so long as players understand the finer details of her kit.

How To Use The Viper

The first tool in Ashe’s arsenal is the Viper, a semi-automatic rifle that fires quick shots that deal 12-40 damage with a falloff range of 20-40 meters when firing from the hip.

By aiming down sights, players can modify how the Viper fires to increase its effective falloff range to 30-50 meters and damage to 22.5-75 at the cost of reduced rate of fire and movement speed.

The great thing about the Viper is that it’s a hitscan weapon, meaning shots automatically register once fired; on the other hand, it needs to be reloaded often and has one of the slower reload animations.

Therefore, players should be mindful of how many bullets they have left and make sure to replenish their ammo before engaging.

How To Use Coach Gun

Ashe’s next weapon is the Coach Gun, a sawed-off shotgun with knockback effects that allow her to blast both herself and her target away from each other.

This weapon deals 6 damage per pellet and 90 damage per shot with a total of 15 pellets, a maximum range of 9.4 meters, and a 10-second cooldown.

Its knockback is excellent at getting Ashe out of trouble since the effect is consistent across its hitbox and can be used to cross gaps and reach new vantage points by aiming it down at the ground.

Ultimately, the Coach Gun is most effective at providing Ashe with a burst of mobility and disengaging from fights, not necessarily dealing direct damage since it can’t even land headshots.

How To Use Dynamite

One of the best utilities in Ashe’s kit is her Dynamite, which sees her throwing an explosive that detonates after a short delay to deal 20-50 damage on impact and 100 burn damage afterward.

The Dynamite has a 5-meter area of effect radius and the burn lasts for 5 seconds, with damage applied over time; this makes it a great opener for follow-up attacks with Ashe’s Viper.

What’s more, Ashe can trigger the Dynamite’s explosion earlier by firing directly at it with the Viper or her Coach Gun, though be careful not to set yourself on fire.

We’ve found the best way to use Dynamite is to control the battlefield by throwing it in areas where enemies are clustered or as a deterrent to keep them away from the objective.

Essentially a mobile turret, Ashe’s Ultimate sees her calling out her trusty omnic sidekick B.O.B. to charge forward and knock any enemies in his path up into the air before laying down suppressing fire.

B.O.B. has a formidable 1200 health, 70-meter maximum range, and can stay on the battlefield for up to 10 seconds after colliding, though enemies can get rid of him quicker by focus firing.

The coolest thing about B.O.B. is he basically functions as another player that can be healed, buffed (as well as debuffed), and even contest or capture objectives.

We recommend using him to launch enemies into the air before finishing them off with a quick ADS blast from Ashe’s Viper.

Like many DPS heroes, Ashe requires a good amount of mechanical skill to be effective in battle, particularly with her Viper rifle and its alternate ADS mode of fire.

Her Dynamite is one of the most dangerous abilities in the game and can be used to block off areas and whittle away enemy health bars in a matter of seconds.

Lastly, Ashe’s Coach Gun provides her with some much-needed mobility while B.O.B. is a versatile mobile turret that can work wonders when combined with other Ultimate abilities.

Which Heroes Combo Best With Ashe?

While not necessarily a weakness, players should know upfront that Ashe is a hard character to master and requires extensive practice and precision to be effective in games.

She can dominate fights at midrange but becomes easily overwhelmed in close combat due to her relatively low damage and Coach Gun’s lengthy cooldown.

The best way to play her is to stick with teammates and have them follow up on well-placed Dynamites and B.O.B. attacks while making sure to avoid the following matchups as much as possible.

Which Heroes Does Ashe Struggle Against?

If you’re new to the game or have more experience playing as Tank of Support heroes, we suggest holding off on picking Ashe until you’ve spent some time in the practice range.

However, if you’re transitioning from playing other hitscan DPS heroes such as McCree, you’ll likely have an easier time mastering Ashe’s kit.

Like most heroes in Overwatch, Ashe needs to communicate with her teammates to figure out which enemies to prioritize and get the most out of her Dynamite and B.O.B.; here are some other tips to keep in mind: 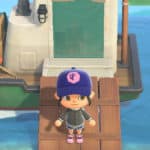