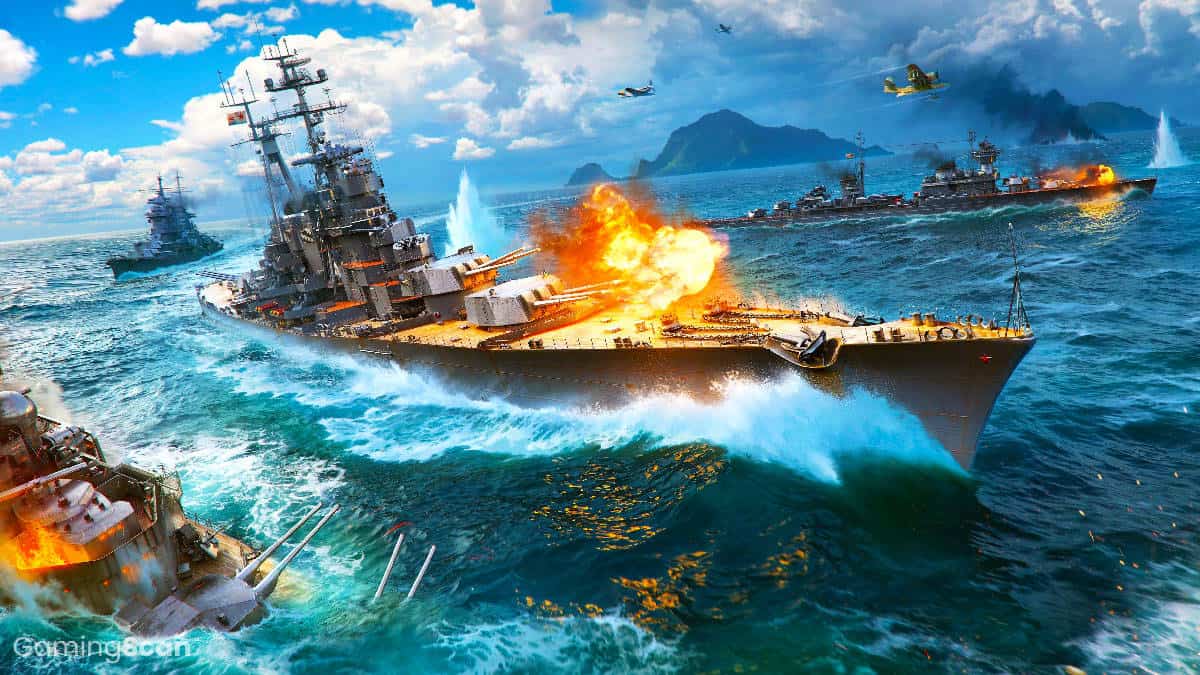 Whether you’re a sea-loving pirate or navy soldier, if you spend enough time on a warship in treacherous waters, you’re bound to make a few enemies.

At least, this happens to be the case in many of our favorite pirate games, 4X strategy games, and naval warfare games on Steam, PlayStation, Xbox, and Nintendo Switch

So in an effort to turn any would-be landlubbers into hardened aquatic combatants, we’re highlighting the best naval warfare games to play in 2023 on PC and console.

We’ll be updating this list in the future with new titles, so make sure to check back and let us know if we missed any of your favorite naval warfare PC games.

The first game we’re recommending for naval battles is From the Depths, which sees you commanding voxel vessels from the deep oceans to outer space.

This game places a big emphasis on creating and customizing your own vehicles including battleships, submarines, airplanes, hot air balloons, and more.

There’s a full single-player campaign that can also be tackled with friends, as well as different missions that explore the building component in further detail.

If you’ve always dreamt of designing your own ships, this is a game worth checking out and offers over 1000 unique components you can mix and match to create the ultimate battleship.

Next up is Wolfpack, a realistic co-op-driven naval simulation game that has crews of players experiencing the tense atmosphere of manning a WWII German U-boat.

Each person is assigned to man a different station and fulfill their role as captain, helmsman, dive officer, radio man, or navigator.

The primary goal of each mission is to intercept randomized convoys of merchants escorted by destroyers, sloops, and corvettes, sink their vessels and escape undetected.

In contrast to other games on this list, Wolfpack has players procedurally managing the submarine through direct and tactile interactions with various valves, levers, and instruments.

War on the Sea

Set during 1940s-era WWII, War on the Sea sees you commanding ships, submarines, and aircraft throughout the South Pacific for control of the Solomon Islands.

You play as a commander tasked with protecting their transports while ensuring troop and supply deliveries arrive safely.

This is done by carefully navigating real-time naval combat scenarios throughout a dynamic campaign that lets you play as either Allied Forces or Imperial Japan.

The game features historically-accurate missions based on real-life naval engagements, over 50 classes of playable ships, and realistic buoyancy physics.

Arguably the most popular multiplayer game on this list, Sea of Thieves is an Xbox exclusive pirate sandbox that features cinematic naval warfare encounters.

Supporting both single and multiplayer, it sees up to four players banding together to maintain a pirate ship as they sail through the ocean looking for treasure and picking fights.

In addition to player-operated ships, players can encounter evil skeletons who will try to overtake your vessel and rob you of all your riches.

Sea of Thieves is well-supported compared to many of the games on this list and is constantly receiving new updates, content, and features.

Ultimate Admiral: Age of Sail is a naval combat strategy sim from the creators of the Ultimate General series that is just as focused on hardcore tactical warfare, only on the sea.

In contrast to the many WWII-era games on this list, Age of Sail takes place during the American Revolutionary and Napoleonic Wars.

Players take on the role of both British and American commanders tasked with guiding their army to victory using realistic sailing techniques and strategic combat maneuvers.

The game also shines from a technical perspective for its detailed damage models that allow you to target specific parts of your enemies’ vessels to slowly cripple them.

If you’re looking for another naval combat game that can be played either solo or with friends, check out the pirate sandbox game Windward.

In it, you’re tasked with designing your own pirate gang before venturing into a procedurally generated world littered with enemy vessels, trading towns, and adventure.

As you traverse the world, you’ll encounter friendly merchants offering their services and goods in exchange for help expanding their town’s resources.

Any rewards you earn go towards upgrading your ship, improving your crew’s equipment, and stockpiling armaments to defend yourself from enemy pirates.

Switching back to WWII, UBOAT is a naval warfare game that sees you attempting to survive in perilous waters while managing a submarine and its crew.

In it, players are forced to make increasingly tough choices that determine who lives and who dies as orders change and new, unexpected obstacles arise.

This can be as straightforward as taking out an enemy ship as it approaches or as nuanced as trying to boost crew morale when your sailors are tired, hungry, or injured.

In addition to issuing commands, players can go hands-on and take control of tools like the periscope, hydrophone, or deck gun.

Port Royale 4 is another pirate-themed naval warfare game that throws trading and economy systems into the mix.

Tailored for both experienced players and newcomers, the series does a great job at bringing you up to speed on its complex mechanics before throwing you into the fray.

In Port Royale 4, players are given the task of establishing new trade routes during the 17th century where Caribbean powers and plundering pirates control the open sea.

The game features turn-based naval combat with up to 8 vessels battling at one time along with tactical captain maneuvers that can turn the tide of battles.

Our next recommendation to naval warfare lovers is Cold Waters, a submarine sim and spiritual the classic game Red Storm Rising.

In it, you’re put in charge of navigating a nuclear submarine through treacherous during the Cold War and the beginning of WWII.

The game is structured around a single-player campaign where you’ll try to halt the Soviet advance by completing missions that unlock new ships to bring into battle.

This includes 40+ unique vessels to command and keep afloat using realistic sonar to avoid taking damage as you fire back against Soviet battleships powered by challenging enemy AI.

Billed as a pirate open-world action RPG, Tempest has you sailing across three continents teeming with colonies, forts, and ships to battle.

Taking on the role of captain, you’ll train your crew to raise their combat prowess and successfully hold off both enemy vessels and legendary beasts like the Kraken and Leviathan.

Although the campaign was originally designed for single-player, Tempest supports online co-op with a shared open world where you and your friends can work together to man a ship.

The game also features ship customization, a trading system, and an easy-to-read UI that makes it easy to keep track of your crew.

Atlantic Fleet is another naval combat simulator that comes from Killerfish Games, the same developer behind the game Cold Waters.

In it, players are put in command of either the Allied or German Navy in the longest military campaign of WWII, The Battle of the Atlantic.

The game offers simple controls and easy-to-grasp gameplay despite being grounded in realism, resulting in challenging yet rewarding skill progression.

One of the most well-reviews pirate games, Blackwake sees you and a crew working together to maintain and sail a ship across the open seas.

Prioritizing combat over exploration, the game can be quite competitive at times as servers can house up to 54 players and any run-in with another squad is likely to result in all-out warfare.

Furthermore, it features a wide selection of multiplayer staples like Team Deathmatch, Capture the Booty, and Fortress Siege all reimagined for naval combat.

During battles, players must keep an eye out for and repair damaged parts while managing their supply of cannons and other weapons.

Returning to WWII once more, World of Warships is a free-to-play naval combat game from established developer Wargaming Group Ltd.

In it, players swear allegiance to a country and work tirelessly to upgrade ships, acquire new commanders, and accumulate experience.

Battles take place across a multitude of sprawling maps with massive fleets spanning four unique classes and over 400 historically-accurate vessels.

While there are many critically-acclaimed Assassin’s Creed games, only a few feature naval combat gameplay like Black Flag.

The game tells the story of a rogue pirate named Edward Kenway as he sails across the open seas and finds himself wrapped up in an ancient ongoing war between Assassins and Templars.

This leads him on an epic adventure filled with treasure hunts, ship battles, and sea shanties as you and your crew explore the tropical waters of the Caribbean.

Despite including a mix of land and sea combat, Black Flag does an excellent job at catering to naval warfare fans with ship customization, crew management, and satisfying combat.

Now for something completely different, we suggest naval warfare fans think outside the box and broaden their definition of “naval” to include more than just bodies of water.

Doing so allows us to highlight one of the best recent space strategy games set in the Warhammer 40K universe and developed by Tindalos Interactive.

In Battlefleet Gothic: Armada 2, players are tossed into massive-scale RTS space battles complete with lasers, missiles, and other spacefaring technology.

The game expands upon the original with bigger battles, refined gameplay mechanics, and improved multiplayer modes to deliver a more balanced online experience.

To wrap things up, our final recommendation is NEBULOUS: Fleet Command, another spacefaring strategy sim that has you taking command over a fleet of galactic warships.

Each vessel is hand-tailored to your specifications and comes equipped with realistic radar, electronic warfare devices, and advanced motion controls.

When combined, they allow for superb maneuvering around 3D space environments with the ability to precision target enemies as you attempt to outwit and outmaneuver them.

Instead of messing around with tedious economy management systems, NEBULOUS commits to deep and methodical combat that rewards thoughtful planning and precise execution. 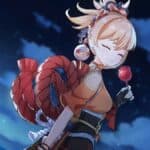