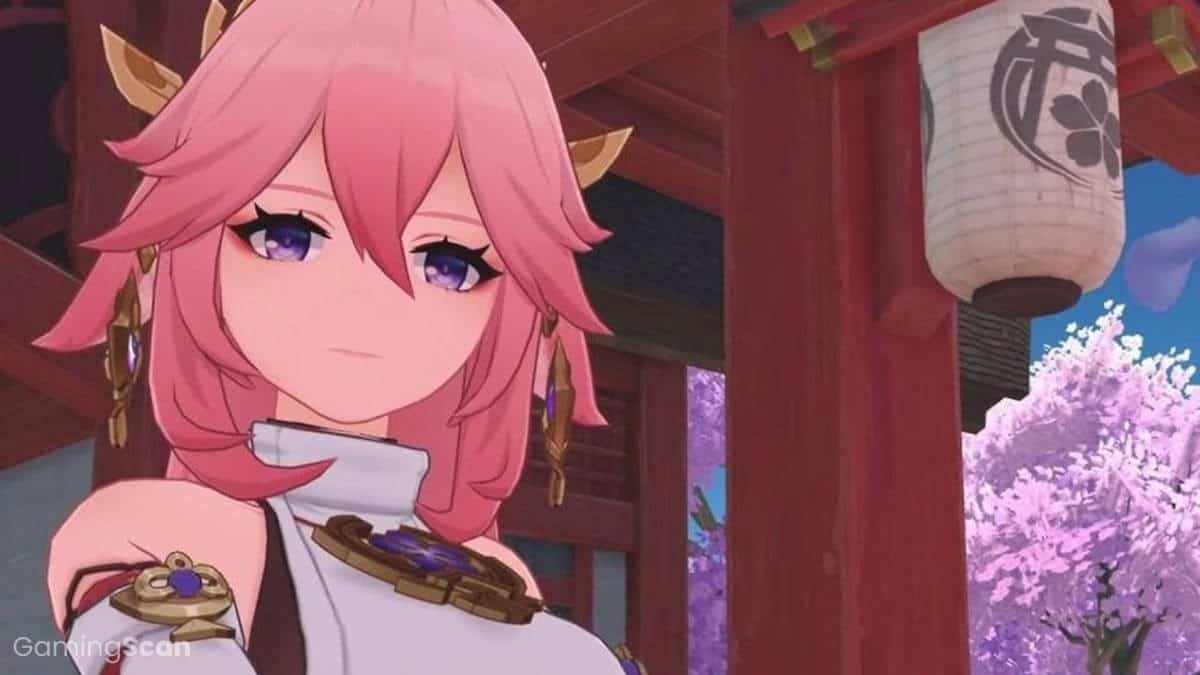 Since she doesn’t require as much on-field time as most DPS characters, Yae is a great secondary DPS. She works great with other characters who don’t mind sharing the spotlight—Raiden Shogun, Yomiya, and Childe come to mind first.

While her playstyle is fairly simple, equipping her with the right gear and teaming her up with the right teammates is essential to bring out her full potential, regardless of whether you’re a newbie or a veteran, a F2P player or a big-spender.

In this Yae Miko build guide, we’ll show you how to prioritize her talents to get the most out of her kit, how valuable her constellations are, which artifacts and weapons suit her the best, and, finally, which teammates you should pair her with. Once all that is done, you’ll have a firm understanding of whether or not Yae is worth it for you.

Yae Miko’s playstyle is relatively straightforward. You should deploy all 3 of her Sesshou Sakuras—ideally in a triangle so that they can buff each other up—switch to your buffing characters (if you have any), lay down their buffs, then switch back to Yae, nuke the enemy with her Burst, and redeploy all 3 charges of the Elemental Skill.

It’s important that you apply the buffs before casting her Burst since this is the part of her kit that deals the most DMG if you’re a F2P player. Additionally, we should note that Yae’s Sesshou Sakuras don’t snapshot—meaning they don’t operate under the assumption that Yae’s stats are always the same as they were at the moment of casting.

Fischl’s Oz and Xiangling’s Pyronado do this, so if you cast them within Bennett’s Burst, they’ll factor in that buff for their entire duration, even after Bennett’s buff disappears. Because Yae doesn’t get this benefit, you don’t need to worry about pre-buffing her Sakuras, which is convenient.

As mentioned, Yae’s constellations power up her Skill more than her Burst, so let’s look at how they do this.

There’s not a single constellation Yae Miko has that’s bad.

Her C2, C3, and C6 directly buff Sesshou Sakura DMG. With so many buffs, and all of them sizeable at that, it’s no wonder that the power dynamic of her abilities shifts after a couple of constellations get unlocked. C4 is a sizeable buff that the rest of the team can benefit from, and even C5 isn’t bad. So if you’re interested in collecting duplicates of Yae, there’s no constellation that you’ll feel bad about.

Most 5* characters nowadays have both a 5* weapon and a 4-piece artifact set bonus that just seem tailor-made for them. Yae Miko is one of the exceptions, as despite having her own 5* weapon, there is no 4-piece set bonus in the game that complements her kit.

For this reason, many players choose to run her by mixing any of these 2-piece set bonuses: Gladiator’s Finale, Thundering Fury, Shimenawa’s Reminiscence. These are solid options that improve her overall DMG, we have nothing against them. If you’re rocking a couple of constellations, then this is hands-down the best choice.

However, a C0 Yae Miko is characterized by two things—her incredible Burst and its incredible Energy Cost. The 4-piece Emblem of Severed Fate set bonus not only increases her Burst DMG but also makes it easier for her to cast her Burst. That’s why we consider this to be the best artifact set for C0 Yae.

In terms of artifact main stats, you want either ATK% or Energy Recharge on the Sands, Electro DMG on the Goblet, and CRIT Rate/CRIT DMG on the Logos. Aim for a 1:2 ratio of CRIT Rate and CRIT DMG.

As far as the Sands are concerned, here’s the deal: ATK% will greatly increase Yae’s DMG, but if you can’t cast her Burst consistently, it’s better to trade that DMG off for consistency by opting for an ER Sands.

In terms of substats, Yae wants CRIT Rate, CRIT DMG, Energy Recharge, and ATK%. Elemental Mastery is also decent, but do keep in mind that this will only buff her Skill and not her Burst.

Fischl shares a lot of similarities with Yae, as they both offer consistent off-field Electro DPS. The reason she’s here isn’t because Yae can’t provide enough Electro off-field DMG on her own. Instead, Fischl is here to battery Yae and make sure she can get to cast her 90 Energy Burst as frequently as possible. What’s more, as the second Electro character in the team, she unlocks the Electro Resonance, which also helps with overcoming Energy issues. So, if you don’t have Fischl, the best replacement would be Electro Traveler, who can also pump loads of Energy into Yae and keep the Electro Resonance going.

Xingqiu is here for his off-field Hydro application. The goal of this team is to trigger as many Electro-Charged Reactions as possible, and you can’t do that without keeping enemies affected with Hydro. Xingqiu is the best candidate for this job. Unfortunately, the best replacements for Xingqiu are Childe and Kokomi—both limited 5* characters that we would by no means categorize as F2P. Barbara can do the job, but at that point, it’s better to just forget about Electro-Charged altogether and focus on raw Electro DMG by slotting in Beidou or Razor.

Sucrose is the best on-field attacker for Taser teams. This is because all her Normal Attacks do Anemo DMG and therefore trigger loads of Swirl Reactions. Best of all, since enemies can be affected with both Electro and Hydro at the same time, Sucrose can Swirl both Elements for double the Reaction DMG. Slap on a 4-piece Virisecent Venerer and watch as the enemies melt with their Electro and Hydro Resistances shredded. Best of all, Sucrose provides loads of Elemental Mastery for the team. Elemental Mastery is valuable for Electro-Charged, but it also directly buffs Yae’s Elemental Skill DMG.

While no one can replicate Sucrose’s role in this team—not even 5* characters—any Anemo character can do the main job which is to use the Viridescent Venerer set bonus. So Anemo Traveler and Sayu are both solid options, as are all other less F2P-friendly Anemo characters.

Raiden Shogun is the main DMG dealer in this team—especially if you’ve got her C2, which even many F2P players are gunning for. However, she synergizes exceptionally well with Yae. Raiden replenishes Yae’s Energy and makes her Burst hit harder. Miko helps power up Raiden’s Burst through her incredibly high-costed Burst. And since neither of these characters is a hypercarry in the sense that they need to be on-field at all times, they can share the DPS role without any issues.

Kujou Sara is there to provide ATK buffs and CRIT DMG buffs to both Yae and Raiden. She can only buff one of them at a time, but with the C2, she should have no problem throwing down these buffs just before Yae or Raiden take the field to use their Bursts. Also, her own Burst is highly costed and deals a lot of DMG, which once again synergizes well with Raiden. We should say that, unless you’ve got her C6, you’ll probably get more use out of Bennett.

Kazuha is here to buff up the team’s Electro DMG and to shred enemies’ Electro Resistance. What’s great about Kazuha’s buffs is that none of them overlap with Sara’s (or Bennett’s) buffs. This means you won’t encounter any diminishing returns for running both of them.

Is Yae Miko Worth It?

The developers working on Genshin Impact are getting better and better at designing solid characters that feel powerful but don’t break the game or introduce power creep.

Yae is a great example of this. She’s a powerful unit who brings value to any team she’s in. At the same time, she doesn’t push the envelope on the overall character power level. In that sense, we feel she strikes the perfect balance of power and sustainability for this game.

At the same time, this also means that she isn’t a must-have. If you like her design, her kit, or her character, you can try to get her resting assured that your resources won’t be wasted. In this sense, she is worth it. She may not be an S-Tier character, but we have no qualms putting her in the A-Tier on our Character Tier List.

At the same time, if you don’t like her design, kit, or character, you can just skip her. She’s a solid character, but the game has no shortage of solid characters. In other words, while she is definitely worth it if you like her, she’s not so incredibly busted that you should feel compelled to get her or risk feeling underpowered for endgame content. 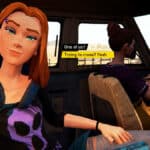