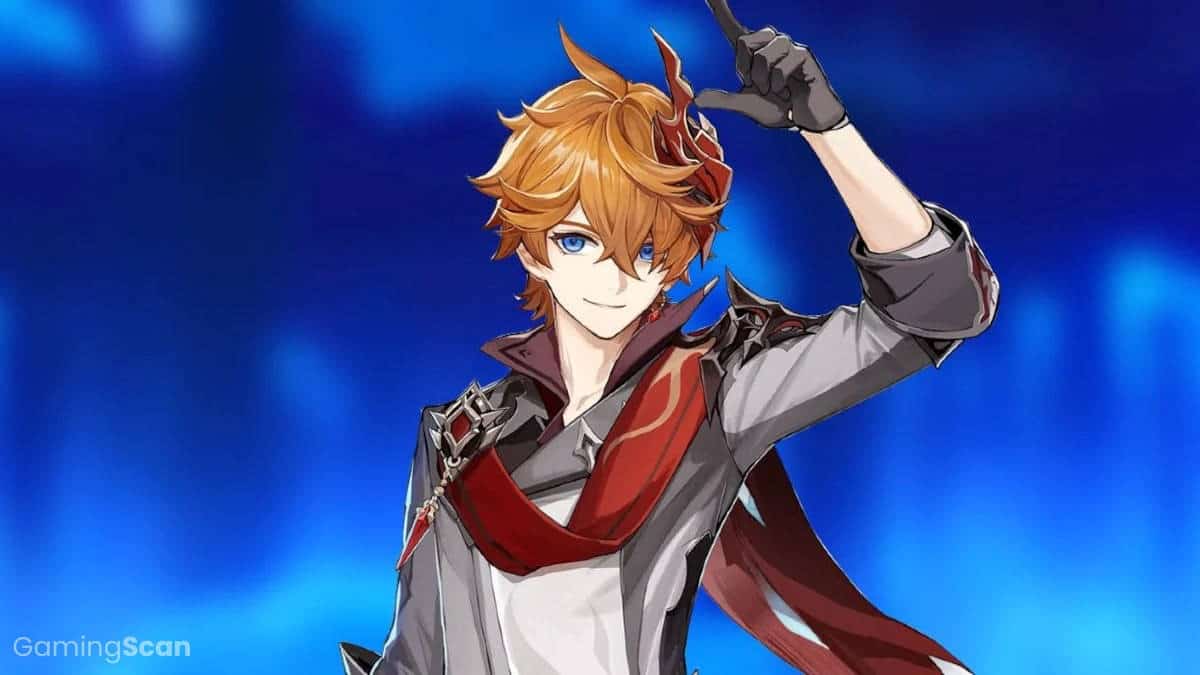 Also known as Tartaglia, the 11th of the Fatui Harbingers, Ajax, and (outside the game) the Rerun Archon, Childe is one of the first limited 5* characters in Genshin Impact.

Unique insofar as he’s been featured on no fewer than 3 banners when many limited 5* characters have only been featured once, Childe is a Hydro DPS that slots into many teams.

While he may not be one of the S-Tier characters, his DMG capabilities are still significant. And while he is no longer the only character who can switch between weapons, he’s still the only one who has both a melee and ranged stance, making him very flexible and fun to play.

So if you’re looking to build Childe in the best way, then this is the guide for you.

There are loads of characters with unique kits in Genshin Impact nowadays. Sara’s kit is unique, but in a bad way—clunky as all hell. Sayu’s kit is unique in a fun way—nothing meta-defining but a refreshing change of pace. But Childe’s kit is both unique and powerful.

So long as you aren’t averse to the idea of stance switching, and the lengthy cooldown that follows it, you’ll find a lot to love here. His Burst DMG is bonkers, his AOE capabilities are incredible, and he can even buff the Normal Attack talent for himself and other characters. All of this is good.

His constellations, on the other hand, aren’t that impressive. But for the majority of players, that’s also great, since, in an optimal team, he is only marginally better at C6 than he is at C0.

Don’t believe us? See for yourself.

Childe was the first limited character whose constellations have caused controversy. Many players felt cheated seeing that whales could effectively get permanent uptime on Childe’s melee stance, which is the only stance that really matters.

And there’s no denying that C6 is powerful, but C1 is arguably Tartaglia’s most powerful constellation, followed by C3. What’s more, due to how amazing he is at setting up and/or procing Elemental Reactions, Childe is a character that only got better with the introduction of other characters into the game.

Now that Raiden Shogun and Yoimiya are in the game—two other characters who effectively have a cooldown on their DPS capabilities—the discourse surrounding Childe is completely different. Yes, the DMG boost granted by constellations three through five is neat, but he’s a heavy hitter even at C0. And if your rotation can accommodate his cooldown as it is, then you don’t need anything beyond C0 to make him great.

Well, that’s not entirely true—you do still need to equip him with proper weapons and artifacts, and to pair him up with the right teammates, but luckily for you, this guide will tell you just how to do this.

The 4-Piece Heart of Depth gives extra Hydro DMG and buffs Normal and Charged Attack DMG upon Elemental Skill activation, which is basically all Childe could ever want. Saying that this artifact set was made to increase Childe’s viability would be an understatement.

As far as main stats go, it’s all pretty standard main DPS stuff—ATK% on the Sands, Hydro DMG on the Goblet, and CRIT DMG/CRIT Rate on the Logos. Remember that Childe gets a lot of mileage out of scoring crits, so skewing the numbers in favor of CRIT Rate can still result in great DMG.

On its own, Hydro is an amazing element that pairs exceptionally well with Pyro and Cryo, but unlike most other Hydro characters, Childe can also synergize amazingly with Electro:

While there aren’t any Elemental Reactions that are detrimental to Childe and his playstyle, he doesn’t get as much value from reaction caused by the following elements:

Childe is such a versatile character that he can be slotted into a plethora of teams. You will still need to play around his melee stance and its cooldown, but Beidou, Bennet, Diona Fischl, Kaeya, Lisa, Rosaria, Sucrose, Xiangling, and C2 Xingqui all work exceptionally well with him—and that’s just the list of 4* characters he synergizes with!

But, arguably the best teams for Childe would have to be:

Xiangling is there for the off-field Pyro application. She’s also the character that’ll be doing the most DMG. Because of how quickly Childe attacks, he’ll often be the one to set up Elemental Reaction which Pyronado will then proc. That’s just how the game works.

Bennet is the best 4* character in the game. No need to add arguably before this statement. It’s a fact. His Burst can add tons of DMG to Pyronade and Childe, heal the team, and unlock the Pyro Resonance for even more ATK buffs. What’s not to love? In case you don’t have Bennet, you can replace him with Kaeya. Kaeya’s Elemental Burst can be used to keep enemies frozen or to proc Melt and Vaporize in conjunction with Xiangling’s Burst. Alternatively, you can go with Xingqiu for even more Melt/Vaporize action.

Sucrose is mainly there to keep enemies grouped up. The fact that she can also buff Childe with the Viridescent Veneer set bonus is just the cherry on top. That’s why you shouldn’t replace her with other 4* Anemo users. Instead, if you don’t have Sucrose, consider adding Noelle for the shield or Fischl/Beidou for some Electro-Charged action. Fischl and Beidou go well together, as Fischl can be used as a battery for Beidou.

You’ll notice that Childe’s best F2P team and best Whale team aren’t all that different. That’s because Xiangling is essential for Childe to remain competitive in the meta. And Bennett just pairs so incredibly well with Xiangling. So no matter how big of a whale you are, picking these two 4* is essential if you’re looking to optimize Childe’s numbers in the Spiral Abyss.

Kazuha is there for the copious amounts of Elemental DMG buffs that he provides, as well as to group up enemies for that sweet Riptide AOE DMG.

Is Childe Worth It?

To date, Childe is the only limited 5* character that has been featured three times. And unlike many other characters who have been around since the early days of Genshin, Childe just keeps getting buffed and buffed.

When he first got released, the Heart of Depth set wasn’t even in the game yet. The introduction of this artifact set constituted his first power spike. Then he got Thundering Pulse. And now he’s getting an even better 5* bow to keep him relevant. On top of that, due to his role as the faster Hydro applier in the game, Childe ends up becoming synergistic with loads of new characters.

We can’t guarantee that he won’t be power-crept in the future, but as of right now, Childe is still part of a top-performing team.

We will say that his constellations definitely aren’t worth it. But C0 Childe is way better now than he was when the character first got released, and there aren’t many other characters in the game you can say that for. So yes, he is definitely worth it if you find his playstyle interesting. 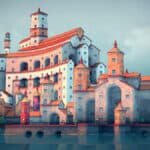