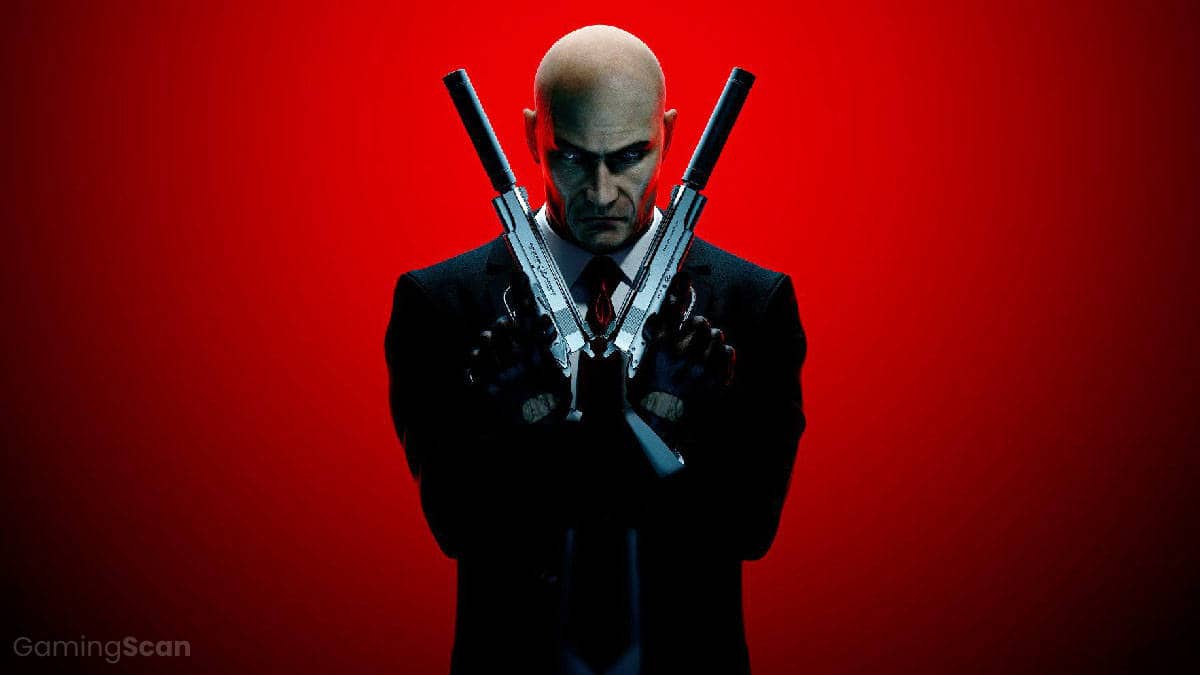 However, now that IO Interactive has wrapped up its trilogy with Hitman 3, everyone’s favorite bald assassin can finally rest while the studio works on an upcoming James Bond 007 game.

In this list, we’ll explore all of the Hitman games in order of release date, including original titles, the World of Assassination trilogy, and Hitman spin-off games.

Lastly, we’ll be updating this list as we get more information from IO Interactive regarding the future of the Hitman franchise, so make sure to check back!

Hitman: Codename 47 was the first game in the franchise and introduced players to the silent assassin we now know as Agent 47 as well as the shady spy world he inhabits.

The story chronicles Agent 47’s induction to the International Contract Agency and eventual escape while showing players the basics of being an assassin and fulfilling contracts in semi-open environments.

Gameplay placed a heavy emphasis on stealth while also exploring disguises as a reliable method for sneaking into areas that were otherwise inaccessible.

Although Codename 47 received mixed reviews upon release, it’s credited with being one of the first games to feature ragdoll physics and realistic cloth simulation.

At the start of Hitman 2: Silent Assassin, we’re informed that Agent 47 is retired from ICA and living a peaceful life following his final mission in the first game.

However, he’s soon called to action after his friend Reverend Emilio Vittorio gets kidnapped by a group of unknown assailants, forcing 47 to rejoin the ICA in order to track him down.

Gameplay was expanded significantly, with missions offering different outcomes based on the player’s methods for completing each contract.

This was a first for the series and greatly benefited from additional refinements to the game’s AI and the option to incapacitate enemies instead of outright killing them.

Hitman: Contracts was meant to serve as both a remake of Codename 47 and a follow-up to Silent Assassin that incorporated gameplay elements and featured enhanced graphics.

Upon release, Contracts was met with mostly positive reviews that welcomed the new changes and overall higher production quality.

Agent 47 returned two years later in Hitman: Blood Money, in which he’s forced to go to war with a rival assassin group called The Franchise that’s threatening to bring down the ICA.

Gameplay saw the introduction of new movement mechanics such as climbing, unarmed melee combat, and the ability to hide bodies to avoid detection.

A notoriety system was also added that made it harder for players to conceal themselves from enemies once alerted, requiring Agent 47 to take certain steps to lower his wanted rating before proceeding.

Blood Money was met with mostly good reviews that celebrated the game’s expanded scope and stealth options including the ability to make certain deaths appear as accidents to NPCs.

Hitman: Absolution was billed as a more accessible take on the action-stealth series that sought to reduce the level of challenge while retaining the core Hitman formula.

In it, Agent 47 is tasked with protecting a genetically engineered teenager named Victoria from various crime syndicates as well as the ICA who plan to turn her into an assassin.

The most notable difference between Absolution and its predecessors is a greater focus on linear-based missions and level designs compared to Hitman’s traditionally open-ended sandbox environments.

While it still received mostly positive reviews, some fans and critics took issue with the game’s attempt at diluting the Hitman formula to appeal to a broader audience.

In 2016, IO Interactive sought to reboot the Hitman franchise with a new trilogy dubbed the World of Assassination.

The first entry was simply titled Hitman and saw Agent 47 reprising his role as a globe-trotting assassin for the ICA across six unique missions released episodically over the course of several months.

Gameplay struck the perfect balance between challenge and accessibility by dropping players in sprawling sandboxes filled with various new weapons, disguises, and methods for carrying out contracts.

The expanded options at players’ disposal made the game feel more welcoming to newcomers while still providing plenty of ways to increase the difficulty for longtime Hitman fans.

With Hitman 2, IO Interactive had built upon the story and gameplay structure introduced in Hitman 2016 while opting to release all six episodes at launch.

In it, Agent 47 joins forces with the ICA to uncover the identity of a mysterious Shadow Client they had been contracted by in Hitman 2016 and investigate their ties to an organization called Providence.

Mission structure was slightly altered as player progression became tied to the locations themselves, requiring Agent 47 to gain control of each area before certain features became available.

The addition of online co-op was celebrated by fans, with many considering Hitman 2 a return to form for the series and IO Interactive.

Hitman 3 is the conclusion to IO Interactive’s World of Assassination trilogy and smoothed out a few remaining rough edges from Hitman 2 while providing new detailed sandboxes for players to explore.

The story picks up from Hitman 2 and sees Agent 47 attempting to bring down the secret global organization known as Providence to prevent them from manipulating the world’s powers.

New features such as permanent shortcuts and VR support were included while additional disguises and weapons helped streamline and broaden players’ gameplay options yet again.

Hitman 3 was well-received and, judging by its fairly loose ending, suggests this won’t be the last time we see Agent 47 back in action.

Hitman Go is a spin-off game that features turn-based puzzle gameplay and was developed by Square Enix Montreal instead of IO Interactive.

In it, players guide Agent 47 through a series of grid-based levels presented as a tabletop board game with characters modeled to resemble miniature figures.

Similar to the mainline entries, Agent 47 can don different disguises and eliminate targets by maneuvering around the board, with new enemy types and mechanics introduced over time.

Despite some critic skepticism upon Hitman: Go’s announcement, the game ended up being well-received and praised for its art direction, game design, and satisfying adaptation of the franchise.

The gameplay employs a first-person POV in which Agent 47 must line up shots and eliminate targets from a distance using long-range sniper rifles.

Much like the mainline games, players aren’t limited to direct kills and can utilize parts of the environment to trigger “accidental” deaths, typically presented as secondary objectives.

Through mission progression, Agent 47 can obtain new weapons and weapon abilities that allow for more clever and inventive strategies. 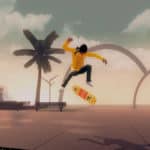