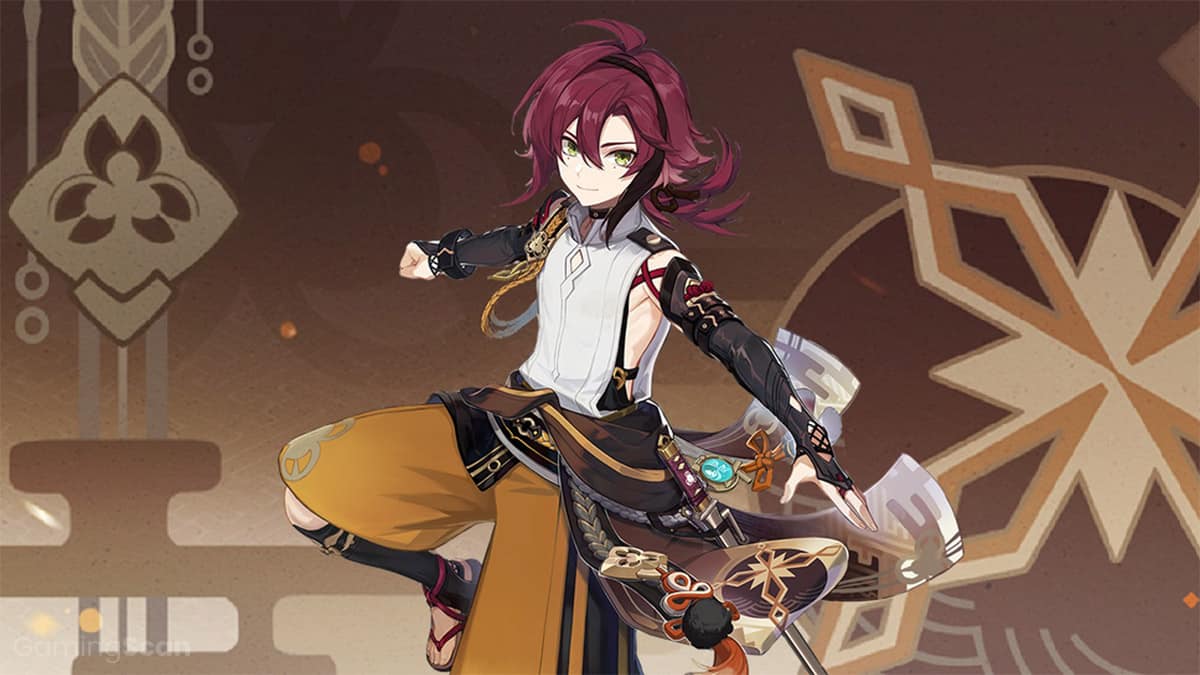 Unlike every other Catalyst user before him, Heizou is a melee character who uses punches and kicks to deal Anemo DMG. With a focus on personal DMG output, Heizou is positioned as a great replacement for Sucrose in Electro-Charged teams.

That being said, Heizou can work as a DPS in any Pyro, Cryo, Hydro, or Electro team with enough off-field DPS.

To help get your Heizou up and running optimally, we’ll evaluate his:

By the end of this Heizou build guide, you’ll have all the knowledge necessary to get the best value out of this character.

Heizou has a surprisingly coherent kit for a 4* Inazuma character.

He wants to get maximum Declension stacks by triggering Swirl Reactions and then Press his Elemental Skill to turn into One Punch Man.

At talent level 10 and with maximum stacks, his Elemental Skill hits with a DMG multiplier of over 1000% on a cooldown of only 10 seconds.

If you’ve ever wanted to play a martial artist in Genshin Impact, Heizou delivers on this fantasy in a fun and powerful way.

His Elemental Skill is a bit disappointing, offering little DMG and negligible crowd control, but this doesn’t take away from Heizou’s Skill. He’d be a perfectly playable character even if he only had his Elemental Skill and nothing else.

And, while his constellations aren’t necessary for Heizou to perform, they offer some decent value.

We’ve said this once, but we need to say it again—Heizou is perfectly playable at C0.

His constellations are all good, but none of them are overpowered must-have constellations like Bennett’s C1, Beidou’s C2, Xiangling’s C4, or Xingqiu’s C6.

What’s more, his best constellation is arguably his first one.

With it, the fastest way to get max stacks (assuming there’s off-field Elemental DMG to Swirl in the first place) is by taking the field and performing two Charged Attacks back-to-back.

This will let his Swirl 3 times, providing him with 3 stacks plus the 1 he gets from this constellation. Then just tap his Elemental Skill and that’s it.

C3 and C6 are the other two constellations worth contemplating, but—again—they’re not game-changing so we don’t recommend trying to get them unless you’re the biggest Heizou fan there is.

Heizou’s best artifact set bonus is the 4-piece Viridescent Venerer. This set bonus gives him extra Anemo DMG Bonus and increases his Swirl DMG by 60%. Moreover, it reduces the enemies’ Resistance to Swirled Elements by a massive 40%.

While this Resistance reduction can’t benefit Heizou’s personal DMG output, it will significantly buff the team’s overall DPS since Heizou works best in teams with lots of off-field Elemental DMG.

As for substats, the best you can hope for is:

This team uses Heizou as the on-field attacker to drive Beidou’s and Xingqiu’s Bursts. The goal is to provide a steady source of both off-field Hydro and Electro DMG and trigger as many Electro-Charged and Swirl Reactions as possible. Fischl also provides off-field Electro DMG and helps generate Energy for the team.

You can replace Beidou or Fischl with Electro Traveler, Lisa, or Kuki Shinobu. There are no viable F2P replacements for Xingqiu.

This team relies on Bennett to buff both Heizou’s and Xiangling’s DMG. Heizou then reduces the enemies’ Pyro Resistance while Xiangling provides Pyro for Heizou to Swirl. The team synergy is reliant only on these three characters, none of whom are replaceable.

Xingqiu was added to provide off-field Hydro DMG and trigger Vaporize, but you can easily replace him with Kaeya or Rosaria.

To maximize Heizou’s personal DMG output, all you need to do is take his F2P Pyro team and add C4 Jean instead of Xingqiu. Having C4 allows Jean to reduce the Anemo Resistance of enemies by 40%. There is no better way than this to buff Heizou’s DMG.

Alternatively, you can use Kazuha instead of Jean if you don’t have her C4 or you want to buff Xiangling. This will make the overall team stronger, but it won’t affect Heizou’s personal DMG output at all.

Is Heizou Worth It?

Heizou is something of an anomaly among the Inazuma roster of 4* characters.

Most of them are mediocre, clucky, or extremely niche:

Heizou suffers from none of these issues, as he:

Just make sure you have some sort of off-field Elemental DMG, perform a couple of Swirls, and then tap his Elemental Skill to obliterate enemies with one punch.

His only drawback is that he is an on-field DPS and therefore doesn’t work in a team with other—more powerful—on-field DPS characters like Xiao, Eula, Hu Tao, Ayaka, etc.

All of these 5* on-field DPS characters are more powerful than Heizou, so if you’re chasing the meta, he’s not worth it.

Nevertheless, Heizou can still challenge all of the game’s content and come out on top if you follow this guide, so if you’re intrigued by his playstyle (which is super fun) and need a change of pace, then he is definitely worth it.