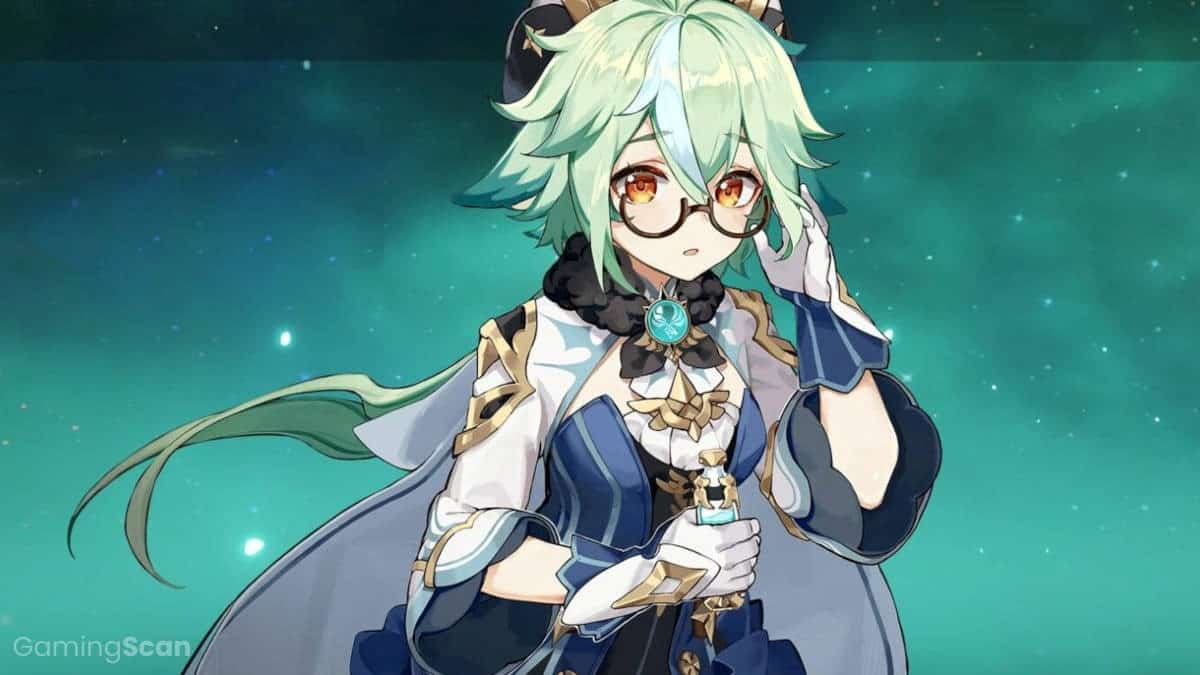 Sucrose is a 4* Anemo Catalyst Support who offers plenty of crowd control in addition to Elemental Mastery and Elemental DMG buffing for her teammates.

Even though Genshin Impact’s ever-expanding roster currently numbers more than 50 characters, there are only three 4* Anemo units in total and only one of them is any good—Sucrose.

This alone would make her invaluable for most players, but she also stands strong on her own merits.

Namely, aside from her role as a capable Support, Sucrose can also function as one of the best on-field attackers in Electro-Charged teams thanks to her Normal Attacks dealing Anemo DMG.

But regardless of which team you use her on, you need to build Sucrose properly to get the best results and in this guide, we’ll teach you how to do this by looking at her:

On their own, Sucrose’s Elemental Skill and Burst are a bit underwhelming—their DMG is sub-par and their crowd control—while decent—is not impressive.

However, she’s got so much going on for her that these things just don’t matter.

Being an Anemo character, she can be used to support any Elemental DPS by carrying the 4-piece Viridescent Venerer set to reduce the enemy’s Resistance to that Element by 40%.

As a Catalyst user, she has access to some unique weapons like the Thrilling Tales of the Dragonslayer that massively boost the ATK of the main DPS or the Prototype Amber that heals the whole party.

Thanks to her Normal Attacks dealing Anemo DMG, she can be used as an on-field DPS in many Reaction-based teams. In Electro-Charged teams, she can even Swirl two Elements at once!

Lastly, her passive talents allow her to share a ton of Elemental Mastery with the rest of the team, greatly increasing their efficiency.

So while we could criticize her Elemental Skill and Burst for being underwhelming, they’re just small parts of the whole that places Sucrose firmly in the A-Tier of our Genshin Impact Tier List.

And this is all before taking her constellations into account.

Sucrose has some impressive constellations.

Her C1 and C6 both add meaningful buffs, allowing her to more effectively generate Energy and increase Elemental DMG of others respectively.

C2 is also incredible, extending the duration of the Burst and its crowd control by 33%.

Other constellations are less useful, but even then they add some DMG, which always comes in handy.

Overall, Sucrose doesn’t have a single downright bad constellation—a trait not found in all characters.

That being said, her C2 is the best stopping point for players who don’t want to go all-in on everyone’s favorite apprentice alchemist but still want to give her some extra oomph.

The 4-piece Viridescent Venerer set bonus is arguably the most powerful set bonus in the entire game.

With it, when Sucrose Swirls an Element, the enemies affected by the Swirl will have their Elemental Resistance to the Swirled Element reduced by a whopping 40%!

Any Anemo Support should use it and Sucrose is no exception.

The fact that it increases the DMG of Swirls is just the cherry on top.

In terms of main stats, you can take many routes, although an all-EM option is particularly worth considering, with Elemental Mastery of Sands, Goblet, and Logos.

Not only does Elemental Mastery increase Sucrose’s Swirl DMG, but thanks to her sharing a percentage of her EM with the party, it indirectly increases the Reaction DMG of other teammates as well.

However, solid alternatives include Energy Recharge on the Sands for more consistency on her Burst and Anemo DMG on the Goblet of more Anemo DMG.

In terms of substats, you don’t need much aside from Elemental Mastery and Energy Recharge. ATK% is nice to have. CRIT substats aren’t necessary, since Swirls can’t CRIT.

Sucrose is the on-field attacker here, Swirling the Elements applied onto enemies by the rest of the party to increase everyone’s Elemental Mastery and decrease the enemies’ Elemental Resistances.

Fischl is the team’s primary source of off-field Electro DMG. With clever timing of her abilities, Fischl can maintain almost 100% uptime on her off-field DMG even at C0. She also generates loads of Energy for the team. Her only drawback is the fact that this Electro DMG is single-target. Electro Traveler is a solid alternative for players who don’t have Fischl.

Beidou is the team’s secondary source of off-field Electro DMG. While its uptime isn’t great, it adds some much-needed AoE coverage. Plus, the raw DMG Beidou’s Burst provides is insane. She needs a lot of Energy, but that’s why she pairs so well with Fischl. We don’t recommend replacing her with anyone, but Lisa is technically the best replacement.

Xingqiu is the team’s only source of off-field Hydro DMG. The amazing thing about Electro-Charged—the Reaction gained from combining Electro and Hydro—is that it doesn’t remove Hydro from enemies when activated. This means that enemies can be affected by Hydro and Electro at the same time, allowing Sucrose to Swirl them both at the same time.

Unfortunately, no 4* Hydro character can replace Xingqiu. If you don’t have him, we recommend adding a third Electro character like Sara into the team for a triple Electro composition and using one of them as the on-field Attacker. While not technically F2P, Keqing is the best on-field DPS for this triple Electro team that many F2P players have access to.

Sucrose is technically the best on-field attacker for this team as well, but the idea here is not to Normal Attack with anyone and instead just constantly cycle through everyone’s Skills and Bursts. Feel free to use Sucrose to fire off a couple of attacks when everything else is on cooldown.

Xiangling is the team’s source of Pyro DMG. Her Pyronado is one of the most powerful and most unique abilities in the entire game, for reasons that are too long to go into here but can be read in her build guide.

Bennett is the team’s ATK buffer. While Sucrose doesn’t benefit a lot from this buff, Xiangling benefits enough to make up for this. As the second Pyro character in the team, he’ll also unlock the Pyro Resonance, giving everyone even more ATK. If you don’t have Bennett, it’s best to replace him with a Cryo character like Rosaria or Kaeya.

Xingqiu is here for his incredible off-field Hydro application to help drive Vaporize reactions. Once again, he is irreplaceable within the confines of the 4* Hydro roster, but can easily be replaced by a Cryo character like Rosaria or Kaeya to focus the team more on Melt Reactions instead of Vaporize.

Sucrose’s main role in this team is to feed Xiao with Energy by spamming her Elemental Skill. That being said, the Crowd Control her Burst provides also prevents Xiao from knocking enemies outside the range of his Plunging Attacks.

Xiao is the main DPS. Thanks to having two Anemo characters on the team, he’ll also unlock the Anemo Resonance, which comes reduces the Elemental Skill cooldown and Stamina consumption rate for everyone.

Zhongliis the team shielder. His shield not only protects Xiao from the need to avoid attacks but also reduces the Anemo Resistance of nearby enemies, thereby providing Xiao with some offensive utility as well.

Jeanis the team’s healer. The fact that she can also generate some Anemo Energy for Xiao is just the cherry on top. C4 Jean is ideal, as this allows her to shred twice as much Anemo Resistance from enemies as Zhongli does with his shield. However, Jean is not essential for this team to work if you’ve got Sucrose. You just need a healer that doesn’t require on-field time. Qiqiand Bennett are both great options.

Is Sucrose Worth It?

Sucrose is, without a doubt, the best 4* Anemo character in the game—not that she has much competition.

If her Elemental Burst wasn’t so clunky thanks to auto-targeting, we could easily see her ranking in the S-Tier.

An argument could be made to promote her there even now, thanks to her effectiveness and versatility.

Overall, Sucrose is an amazing character and one that’s worth building for anyone who doesn’t have Kazuha.

In that sense, she is most definitely worth it.

Her only drawback—in addition to being power-crept by Kazuha—is that she’s kind of clunky and boring to play.

This isn’t a drawback that should be neglected.

Most Anemo characters have some gimmick that breathes excitement into their playstyle.

Jean can throw enemies around like ragdolls, Kazuha and Xiao can move mid-air, and Venti can create wind currents. Even Sayu—a significantly less powerful Anemo 4* character—can roll around like Sonic the Hedgehog, making her a blast to play.

But Sucrose has no such feature. She just stands there.

This doesn’t impact her usability, but if fun factor is something you want in your character, know that Sucrose doesn’t provide this. 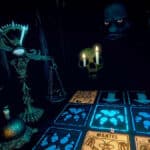