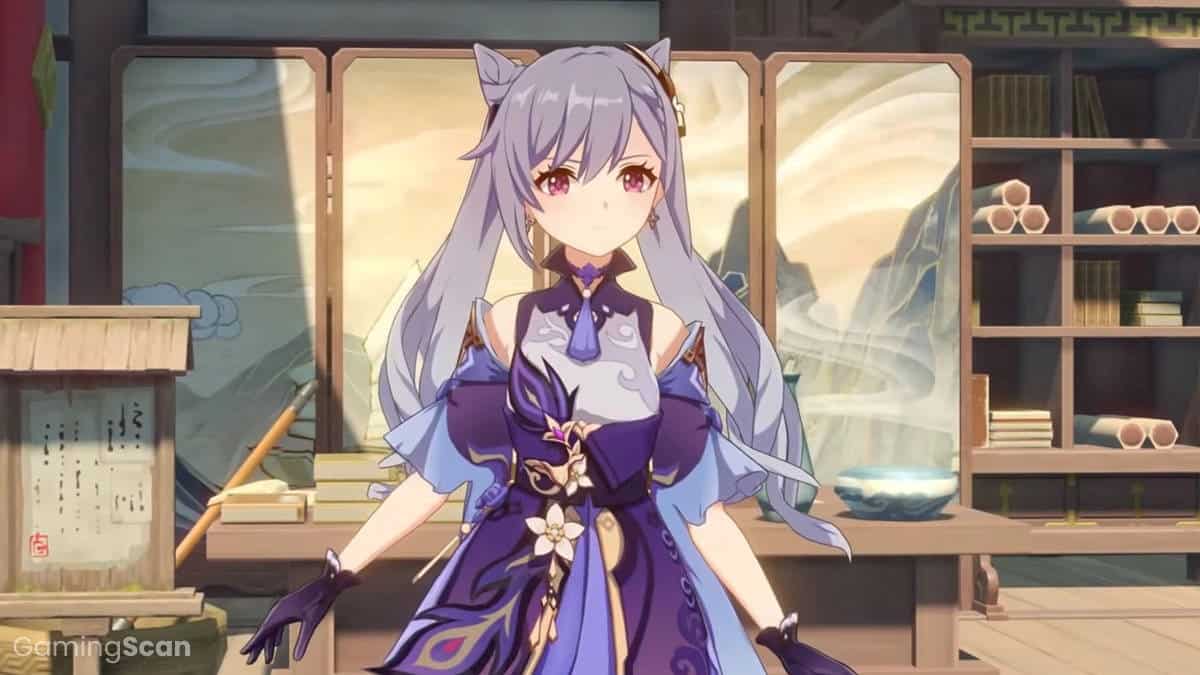 Keqing is a 5* Electro Sword DPS best known for her fast attacks and high mobility. She is also one of the five Standard Banner 5* characters that players have a high chance of obtaining instead of the limited 5* characters they’re trying to get.

Because of this, most players who have Keqing got her when they were trying to get another character and are left wondering what their consolation prize is good for.

In this Keqing build guide, we’ll show you everything you need to know about running Keqing as an Electro DPS. She can also be played as a Physical DPS, but this becomes less viable as you unlock more of her constellations.

And given that she’s a character you can lose the 50/50 to, it’s not unreasonable to expect that you’ll get her constellations, even as a F2P player. We will leave some footnotes for her Physical DPS build, but the focus will be on Electro DMG.

Keqing is a DPS who, unfortunately, doesn’t do enough DMG to compete with newer units. Tackling the highest floors of Spiral Abyss with her is more difficult than with any other 5* DPS. It can be done, but this requires a high investment in terms of 5* weapons and some of the best 5* supports in the game. In other words, you have to put an enormous amount of time and energy into making Keqing somewhat competitive with the top A-Tier DPS characters. Many are quick to lay the blame on her being Electro for this, but it has to do more with her scaling.

However, if we were to rank characters on their fun factor and open-world use, Keqing would be at the top. Her Elemental Skill allows you to cheese many puzzles and challenges, her Burst rarely feels like overkill against open-world mobs, and due to its low cooldown and mana cost, you never feel bad about casting it, which isn’t the case with big, expensive Bursts that Xiao, Eula, or Ayaka have.

All of this is to say that, while this build guide will focus on making Keqing as optimal as possible for difficult endgame content, she’s one of the best 5* units to get as you start playing Genshin and going through its early game. But anyway, let’s look at how you can optimize your Keqing, starting with her constellations.

Overall, Keqing’s constellations are mediocre. They’re not horrible, unlike Qiqi’s constellations, but they’re just not exciting. All of them also reward you for playing her as an Electro DPS, which is why we’re placing a much greater focus on it than on Physical DMG Keqing in this guide.

In other words, if you’re a fan of Keqing and you actively use her, then you shouldn’t feel too bad about getting her constellations, with her C2 being the only exception. All other constellations are DMG buffs that—while small on their own—do add up.

Unlike Diluc—her fellow standard 5* DPS—Keqing doesn’t have a 4-piece artifact set bonus tailor-made for her kit. This means she has to do with scrounged-up combinations of 2-piece set bonuses.

For the most consistent DMG, it’s best to equip her with the 2-piece Thundering Fury and 2-piece Gladiator’s Finale/ Shimenawa’s Reminiscence. This will increase both her Electro DMG and give her some extra ATK.

As far as main stats go, Keqing wants ATK% on the Sands, Electro DMG on the Goblet, and CRIT DMG/CRIT Rate on the Logos. Since she gets plenty of CRIT DMG from leveling up, she’ll likely need CRIT Rate. In any case, aim for a 1:2 CRIT Rate to CRIT DMG ratio. Needless to say, Physical DMG Keqing will want a Physical DMG Goblet.

Now, there are two other 4-piece set bonuses that Electro Keqing can utilize well, but that are more situational.

Firstly, the 4-Piece Thundersoother set bonus which provides a massive 35% DMG buff against opponents affected by Electro. You have to run Keqing in an Electro-Charged team for this, but the benefits are huge when you can pull it off. Unfortunately, some enemies simply cannot be affected by Electro, meaning this set bonus is either amazing or useless, depending on the situation.

Secondly, the 4-Piece Shimenawa’s Reminiscence set bonus which provides a massive 50% Normal and Charged Attack DMG bonus at the cost of 15 Energy. If you can maintain good Burst uptime, then this set bonus becomes amazing, but it’s clunky to use.

For Physical DMG Keqing, you want a combination of 2-Piece Bloodstained Chivalry and 2-Piece Pale Flame.

Electro DMG Keqing benefits the most from having an Anemo support who can use the 4-piece Viridescent Venerer set bonus. She also plays very well with off-field Hydro applicators who can let her stack Electro-Charged reactions on top of one another.

Pyro is arguable the worst Element to pair Keqing with. Overload causes enemies to get knocked back, forcing you to expend precious Stamina to chase them down.

Geo is neither good nor bad. Shields are always welcome, especially so Keqing doesn’t have to worry about dodging as she’s spamming Charged Attacks. But if you want to completely forgo dodging, you’ll likely need something stronger than Crystallize shields.

Xingqiu provides loads of off-field Hydro DMG. More importantly, he applies Hydro on enemies. Normally, when two Elements combine to trigger an Elemental Reaction, they are both removed from the enemy. But when Hydro and Electro trigger Electro-Charged, the enemies stay affected with Hydro, letting you trigger multiple Electro-Charged Reactions in quick succession.

Sucrose is here for her ability to carry the 4-Piece Viridescent Venerer, which is essential to bringing out Keqing’s full DMG potential. However, her kit also synergizes well with this team, keeping the enemies clustered together and giving Elemental Mastery to party members for stronger Electro-Charged reactions. She can also buff up Keqing’s ATK with the Thrilling Tales of the Dragonslayer, or serve as the party healer with the Prototype Amber. You could replace her with any Anemo unit, including Sayu and Anemo Traveler. You could also use Jean, whoisn’t exactly a F2P character, but whom many F2P players have.

Beidou is here to provide additional Electro DMG. Moreover, she unlocks the Electro Resonance, which will generate Electro particles every 5 seconds in an Electro-Charged team. And to top it all off, both Xingqiu and Beidou provide DMG resistance. In other words, even if you don’t have a shielder, the amount of DMG your active character will be taking is significantly lowered when you have these two characters in your team. If you don’t have Beidou, you could use Fischl, Kujou Sara, or Electro Traveler. Electro Traveler is the best option for making sure Xingqiu always has energy for his Burst.

Diona is here for her versatility as a shielder, healer, and Cryo applicator for Superconduct. You can also use Kaeya or Rosaria instead of Diona. Rosaria is especially good as she can also increase Keqing’s CRIT Rate and, with enough constellations, her Physical DMG as well.

Bennett is here for his massive ATK buff. He also provides some decent healing, in case you’re not using Diona. If you don’t have Bennett, we recommend replacing him with a Geo character who will unlock the Geo resonance along with Yun Jin. Burst Support Ningguang is a good option. You can also use a second Cryo character to have the Cryo Resonance, which will increase Keqing’s CRIT Rate.

Yun Jin is a Normal Attack buffer like no other. If you’re using her, you aren’t pigeonholed into spamming Stamina-costly Charged Attacks for DMG. You really should have either Bennett or Yun Jin, if not both, to maximize a F2P Physical Keqing’s DMG output. If you don’t have Yun Jin, we once again recommend putting in a second Cryo unit.

Bennett buffs up Keqing’s ATK. What’s great about this is that the buffs provided by Kazuha and Bennett complement each other well, as you don’t run into any diminishing returns.

Sarais basically a worse version of Bennett, but if you have her at C6 she can significantly increase Keqing’s CRIT DMG. Alternatives for C6 Kujou Sara include Zhongli, for extra protection and some additional Resistance shredding, and Raiden Shogun, for the big DMG Elemental Burst spamming that will, unfortunately, make Keqing feel weak.

Is Keqing Worth It?

Keqing is an incredibly fun-to-play character who’s just fallen off so hard. She may yet receive a significant DMG boost if she gets her own BiS weapon and a dedicated artifact set, but at the moment she’s underwhelming.

No standard character is worth pulling for if it means spending your hard-earned Primogems on the Standard Banner. The point of this guide was to let players who got Keqing on accident know how they can make good use of her. If you’ve got her on accident, she still isn’t worth investing limited resources into if you’re after meta-chasing team compositions.

However, Keqing is arguably one of the best 5* characters you can get for open-world content and exploration. So if you’re a casual Genshin Impact player who doesn’t care about endgame content or the Spiral Abyss, the Keqing is definitely worth it. But for players who are already high AR and have several High Tier 5* units, Keqing doesn’t offer much. 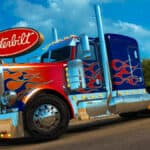