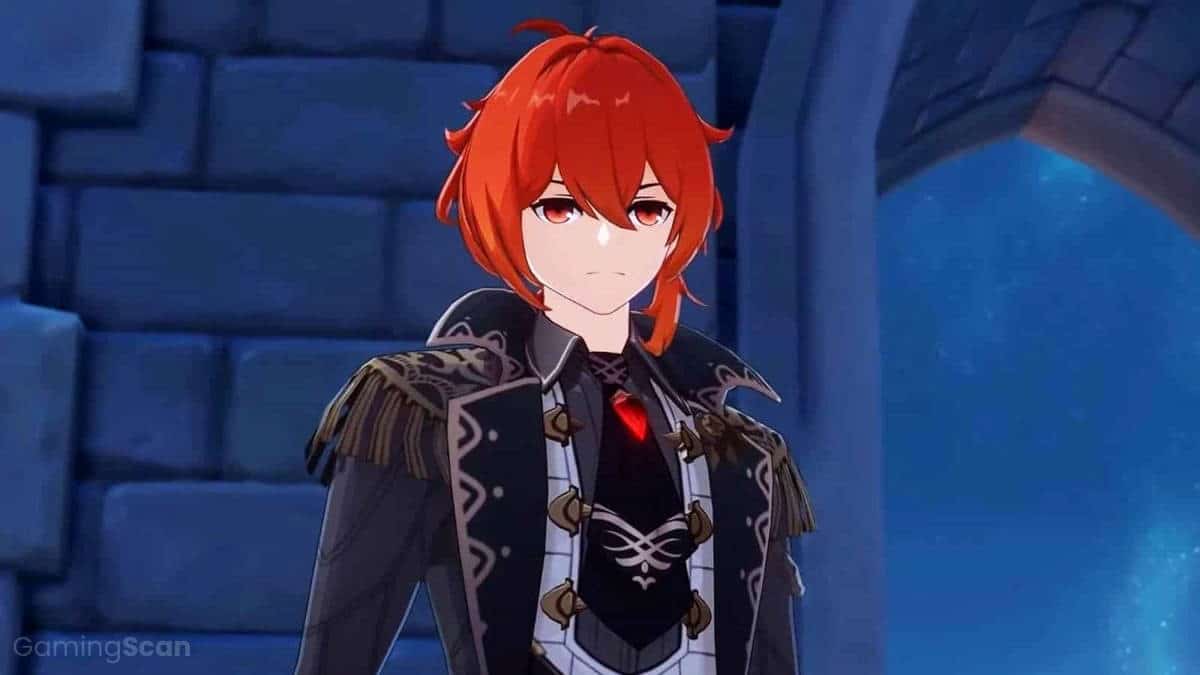 Diluc is a 5* Pyro Claymore DPS best known for being the Undisputed King of DMG back when the game launched. While he’s long since been dethroned from that position, Diluc is still a strong unit that can compete with many of the top-DPS characters if properly built.

And since he’s one of the five Standard 5* characters that you can lose the 50/50 to, there’s a high chance you’ll get Diluc while attempting to obtain a Limited 5* character.

If we had to guess, that’s probably why you’re here—you’ve lost the 50/50 to Diluc and now you’re wondering whether or not your newly obtained 5* DPS is any good and worth investing in.

As mentioned, Diluc can still dance with the best of them, but to do this he has to be built optimally—equipped with the right weapons and artifacts, teamed up with the most synergistic teammates.

In this Diluc build guide, we’ll show you how to do all of this and more, starting with how you should prioritize his talents.

Although Diluc has fallen off in terms of overall DMG output, he remains one of the comfiest DPS characters in the game.

Aside from the initial hit of his Burst, his DMG is spread out consistently, so that you never have to feel bad about missing the expensive Burst that most of your DMG is locked behind—case in point Eula and Ayaka. His Burst has a short cooldown and inexpensive 40 Energy cost, making it easy to get his Pyro infusion up, which isn’t the case with Xiao and his Anemo infusion. And lastly, you don’t have to perform mid-animation jumps or Dash-cancelling to increase his effectiveness, unlike Klee or Hu Tao.

We feel that this is Diluc’s biggest strength and the thing that keeps him competitive—he does his job effortlessly. And since it’s not unexpected for even F2P players to unlock a couple of Standard 5* character constellations, you can get your Diluc to perform even better. So let’s look at how much value his constellations add.

Diluc has got some incredible constellations, especially for a Standard 5* character, as they have some of the worst constellations of all the characters in the game. Each and every constellation is a DMG upgrade, and while some are better than others, they all contribute towards making Diluc a stronger DPS unit.

In other words, if you’re already using Diluc, you should at least find some solace in knowing that his constellations are pretty decent when you lose the 50/50 to him.

The 4-piece Crimson Witch of Flames set bonus was literally made for Diluc, as thanks to his three instances of Elemental Skill casting, he’s the only character who can effortlessly max out the stacks on it. This not only increases his Pyro DMG but also his Vaporize and Melt DMG.

In terms of main stats, Diluc wants ATK% on the Sands, Pyro DMG on the Goblet, and CRIT DMG/CRIT Rate on the Logos. He gets plenty of CRIT Rate from leveling up, so it’s more likely he’ll need the extra CRIT DMG from the Logos, but whatever the case, you should aim for a 1:2 ratio on CRIT Rate and CRIT DMG.

If your Diluc already has all the ATK he needs, either thanks to a weapon like Wolf’s Gravestone or a teammate like Bennett, you could instead give him an Elemental Mastery Sands to further increase his Vaporizes and Melts. But unless you’re firmly in the end game, you should just stick with an ATK% Sands.

In terms of substats, you should aim for CRIT DMG/CRIT Rate, ATK%, Elemental Mastery, and Energy Recharge.

We don’t suggest running any other artifacts on Diluc as this will significantly lower his DMG output. A 2-piece Crimson Witch plus 2-piece Gladiator’s Finale/Shimenawa’s Reminiscence is an okay alternative while you’re farming the 4-piece Crimson Witch set.

The Elements that Diluc synergizes with the most are:

The two Elements that Diluc doesn’t care for are:

Best Team Composition For Diluc (Both F2P And Whale)

In other Genshin Impact character guides, we like to showcase at least two amazing team compositions for the character we’re covering—usually one for F2P players that’s limited to 4* characters and one for whales, where we pick from the entire roster of characters. We also provide some alternative suggestions, especially for the F2P team.

But Diluc is an exception. While he can be run in two teams—Vaporize Diluc and Melt Diluc—they’re incredibly similar. That’s why we’ll list out the characters needed to make F2P versions of these teams, and then tell you which 5* characters to add in for more powerful versions of the teams.

Xingqiu is here for his off-field Hydro application. With Xingqiu in his team, Diluc can consistently trigger Vaporize reactions and keep stacking huge DMG numbers on top of each other. Xingqiu’s also a capable off-field DPS in his own right—especially with constellations—significantly increasing the overall raw DMG output of this team. There are no replacements for Xingqiu. If you don’t have him, try running a Melt Diluc team. Vaporize actually does less DMG than Melt, but thanks to Xingqiu’s consistency, Vaporize Diluc has better results.

Bennett does here what Bennett does best—buffing the DPS unit’s ATK into the stratosphere. It also helps that his DPS is a Pyro unit, so even if you’ve activated Bennett’s C6 by accident, you can find a great home for him in this team. And as the second Pyro unit in this team, Bennett also unlocks the Pyro Resonance for even more DMG. Bennett is also irreplaceable.

Sucrose is here to shred the enemies’ Pyro Resistance thanks to the 4-piece Viridescent Venerer set bonus. She also gives the team plenty of Elemental Mastery, which comes in handy when triggering both Vaporize and Melt reactions. Finally, she can be equipped with the Thrilling Tales of the Dragonslayer for giving Diluc even more ATK buffs. Any Anemo support can fill her role, so F2P players without Sucrose can use Sayu or Anemo Traveler.

If you put Kazuha in here instead of Sucrose, then you’ll have one of Diluc’s all-time best teams.

Rosaria is the Cryo applicator in this team. While she can’t even come close to Xingqiu in terms of consistency, she has the perk of increasing Diluc’s CRIT Rate. She can easily be replaced by Kaeya.

However, the best Cryo support for this team is actually Ganyu. Support Ganyu can maintain longer uptime on her off-field Cryo application than even Xingqiu on his Hydro application.

Bennett brings all the same benefits to the Melt Diluc team, only here he is technically replaceable. While he’s still the better option, you can get away with using a second Cryo support. This includes all of the characters we’ve listed above—Rosaria, Kaeya, and Ganyu. In addition to them, Diona is also a good 2nd Cryo support, as she can provide you with healing and a shield.

Sucrose performs the identical role in both teams, and she’s can also be replaced by the same units we’ve mentioned above, including Kazuha as the best 5* option.

Is Diluc Worth It?

A DPS unit’s value is determined by how much DMG they bring to the table.

And despite forever being known as the character who used to be the best DPS by got power crept by most new units, Diluc can still perform his role admirably. We’re still keeping him in the A-Tier in our Genshin Impact Tier List, despite moving some other 5* DPS units like Keqing and Klee down to the B-Tier. What can we say—the man’s resilient.

So yes, he is worth it, if you can manage to lose the 50/50 to him. Or at the very least, he’s a good consolation prize, if you’re in need of a powerful and comfy DPS. But you should not waste your Primogems on the Standard Banner hoping to get him. 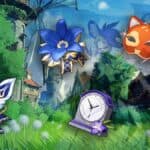