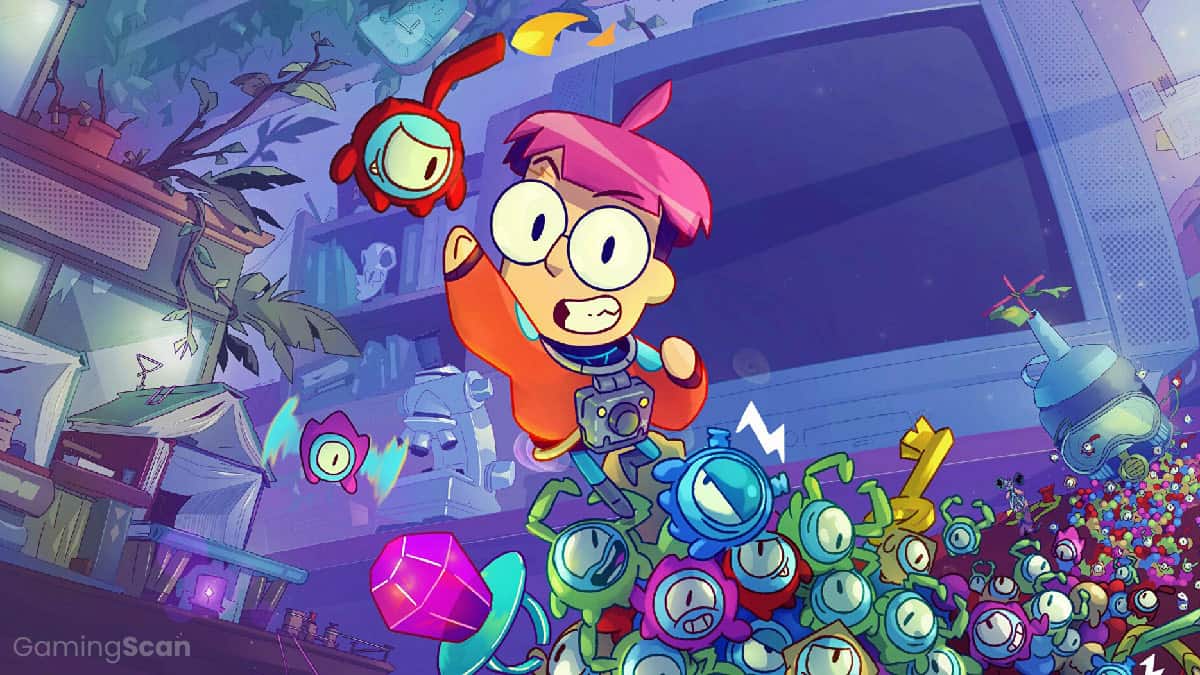 Games with cartoony graphics have been prevalent in gaming ever since technology and console hardware evolved to support more than just pixel art graphics with limited colors.

In fact, many of today’s biggest and best games feature bold, colorful, and cartoony visuals designed to give them a timeless look while evoking feelings of nostalgia.

To help you sort through them all, here we’re highlighting the best cartoony games on Steam, PlayStation, Xbox, and Nintendo Switch.

This includes both 2D and 3D games with cartoony graphics rendered in hand-drawn, cel-shaded, and other cartoon-inspired art styles.

Our first recommendation offers the perfect blend of Disney magic and casual life sim gameplay with daily tasks, crafting and decorating systems, and a host of characters to befriend.

Of course, we’re talking about none other than Disney Dreamlight Valley, the latest Mickey Mouse licensed title to feature vibrant cartoony graphics.

This game is perfect for kicking back and relaxing with your favorite Disney characters in a magical world where any and everything seems possible.

Inspired by the golden age of 3D platformers, Trifox is a colorful and cartoonish action-adventure title with platforming and twin-stick shooter gameplay.

In it, you take on the role of a talented fox assigned to one of three classes: Warrior, Mage, or Engineer with the option to mix and match abilities to create your own playstyle.

After that, you’ll embark on a whacky adventure to reclaim the fox’s stolen TV remote from a band of mysterious looters across four cartoony worlds.

Taking its cues from games like Pikmin, Tinykin is a 3D action-adventure platformer with a cute and cartoony art style that combines hand-drawn characters with polygonal environments.

The result is a wholesome Pikmin-like with satisfying gameplay that has you catching hundreds of small creatures known as “tinykin” and using their unique powers to complete tasks.

Just like in the Nintendo exclusive, these adorable companions can help carry objects and open up new pathways for you to explore.

Billed as a whimsical puzzle adventure game that will “make you feel like you’re playing a cartoon,” Lost in Play deserves a spot in any cartoon lover’s library.

In it, players set off on a feel-good adventure with a brother and sister through hand-drawn dream worlds teeming with magical creatures and wonderful sights.

Sticking together, the pair will have to solve puzzles and help characters to escape their childhood imaginations and make it back home.

Building off of classics like Theme Hospital and the more recent Two Point Hospital, Two Point Campus is a business sim that leans the series’ cartoony aesthetic.

This time around, players are tasked with building and running their own campus university complete with staff, classrooms, students, and curriculums.

While business sims are known for their complex systems, Two Point Campus keeps things light, allowing you to enjoy its zany humor.

Developer Frog Vibes pitches Here Comes Niko as a “cozy 3D platformer for tired people,” and frankly, we couldn’t be any more sold on it.

This is another 3D platformer that combines hand-drawn characters with polygonal environments and a vibrant color palette.

Taking on the role of Niko, players will travel across scenic islands to catch fish and bugs, solve puzzles, and make new friends.

Reminiscent of Saturday morning cartoons, Dodgeball Academia is a sports RPG that nails the feel-good journey of watching a kid protagonist work tirelessly to become the very best.

The story centers on a rookie dodgeball student named Otto as he and his gang of eccentric classmates train to become the top competitors in all of academia.

Along the way, players can expect plenty of red-hot dodgeball battles with tough foes rendered in hand-drawn art and colorful 3D backgrounds.

Keeping with the sports theme, OlliOlli World is the latest installment in the bright and colorful arcade skateboarding series by Roll7 Studio.

In it, players are cast as a young skater looking to dominate Radlandia, a skate paradise teeming with colorful ramps, gaps, and grind rails begging to be shredded.

Rivaling the game’s cartoony aesthetic is a host of dazzling tricks and combos to perform while navigating vibrant 2.5D levels.

It seems like every platform fighter these days has to have cartoony graphics by default, including new contenders like Nickelodeon All-Star Brawl and MultiVersus.

The latter is what we’ll be focusing on here as it’s been well-received as well as well-supported with new fighters from Warner Bros.’s unfathomably deep IP catalog.

MultiVersus fighters all belong to different classes that play off of each other’s strengths and weaknesses with respect to each character’s unique playstyle.

Rainbow Billy: The Curse of the Leviathan

The next cartoony game to secure a spot on our list is Rainbow Billy: The Curse of the Leviathan, a wholesome adventure puzzle-platformer with 2.5D graphics.

Exploring themes like acceptance of ourselves and those around us, this coming-of-age game has you following the titular “Rainbow Billy” as he embarks on a creature-collecting adventure.

Players can expect over 30 hours of gameplay with colorful RPG battling, hub-world exploration, and family-friendly storytelling.

Serving as a follow-up to the hit Portal-meets-Zelda Metroidvania, Supraland Six Inches Under doubles down on the cartoony art style that made its predecessor so much fun.

In it, players reprise their role as the blue hero tasked with uncovering different parts of their mysterious backyard world while obtaining new weapons and powers.

The mix of open-world exploration, puzzle-solving, and light combat encounters is brought to life by the game’s use of vibrant colors and scaled-down toy-box environments.

One of the few cartoony games on this list to feature well-known licensed characters, Battle for Bikini Bottom holds a special place in the hearts of gamers who grew up watching SpongeBob.

Rehydrated looks to update the 20-year-old 3D platformer from the ground up with fully remade assets modeled after the original and the cartoon.

Assuming control of SpongeBob, Patrick, and Sandy, players set out to save Bikini Bottom from an army of evil robots created by Plankton.

Bugsnax falls under the category of cartoony games that use wholesome visuals to lure players into a false sense of security before dropping a major bomb.

While we won’t go into detail and possibly spoil what that is, just remember: not everything on Snaktooth Island is as it appears to be.

Taking on the role of the titular hero, players must repay their debt to the devil by beating boss after boss in grueling side-scrolling showdowns with multiple phases.

As mesmerizing as Cuphead’s visuals are, you won’t have much time to stop and smell the cartoony roses as battles quickly ramp up and fill the screen with projectiles. 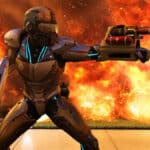