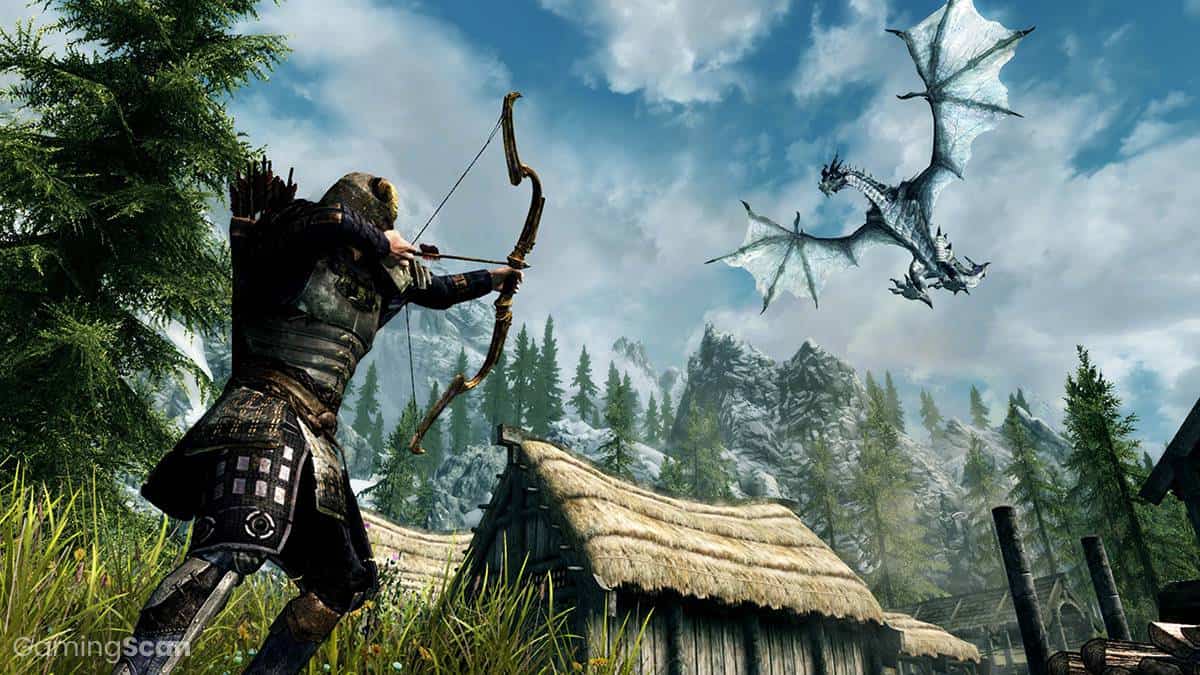 It has been more than ten years (and almost as many platforms) since the original release of the Elder Scrolls V: Skyrim, a game that has long since cemented itself as a certified classic in the RPG hall of fame.

Even today, this critically acclaimed title is being played and replayed by thousands of people around the world every day, and has gathered one of the most dedicated modding communities ever seen. Much like its predecessor, Skyrim has been modded to hell and back, from minor graphical tweaks to complete overhauls that change the game almost beyond recognition.

Fortunately, The Elder Scrolls franchise has helped popularize this particular brand of open-world RPGs, so while Skyrim is definitely a unique experience in its own right, there are quite a few excellent games out there that will allow you to scratch that Skyrim itch.

Before Skyrim, there was Oblivion, and this game is also a testament to the longevity of the Elder Scrolls series. Much like Skyrim, it also still pulls in a considerable number of players, even a whopping 15+ years after its original release.

At its core, Oblivion will likely seem to be a less refined and more dated version of Skyrim to the younger generations, and truth be told, it is exactly that. Back in 2006, Oblivion laid the foundation for the future of the Elder Scrolls series, so while the core formula definitely feels clunky compared to Skyrim (and by 2023 standards), it still holds up surprisingly well and is bound to appeal to any Elder Scrolls fan.

The gameplay is quite similar, albeit it features plenty of the classic RPG elements that Skyrim eliminated in the name of streamlining and simplification, so leveling is a bit more complex. Other than that, you’ll find that Oblivion is quite similar to Skyrim in most respects.

Going back in time, you may find that the older Elder Scrolls titles might also be worth giving a try, although they are most definitely products of a different time.

A great example of this is The Elder Scrolls III: Morrowind. While predating Oblivion by a mere four years, it feels much older, both in regards to the graphics and the gameplay. With a more archaic dice-based combat system, no quest markers, and very limited fast travel, Morrowind is a tough sell for the younger generations of gamers who grew up with Skyrim.

Nonetheless, those who wish to give Morrowind a go might just find it immensely rewarding and satisfying once they get into it, provided they have the time and the patience to experience the game the way it’s meant to be experienced.

It’s impossible to talk about open-world RPGs without touching upon the more recent addition to the RPG hall of fame that is the third installment in the Witcher series.

The Witcher III is a much more focused RPG experience that places the main storyline and a cast of complex characters at the forefront, which is in stark contrast to the Elder Scrolls series that takes a more sandbox approach and places the accent on exploration, often allowing the main story to feel like little more than a side quest, should the player decide to treat it as such.

Nonetheless, the Witcher III is one of the best examples of an open-world RPG out there, featuring plenty of locations to explore, interesting side quests, and stunning vistas across several distinct areas. Gameplay-wise, it is an action RPG through and through, and is played from a third-person perspective, so it diverges from Skyrim in that respect.

Overall, if you’re a fan of open-world action RPGs and somehow still haven’t played it, make The Witcher III the top of your priority list!

Additionally, the first two installments in the series are also worth checking out, though they are quite different games and not required for the story of the third one to be experienced in full.

The Witcher 2: Assassins of Kings is quite similar to the third game in terms of gameplay and execution, though it is not an open-world game. Meanwhile, the original Witcher is a more limited indie game with a strong story that features an unusual combat system that largely revolves around potion buffs and QTEs.

But, much like the earlier installments of The Elder Scrolls series, “the old” just might surprise you if you give it a chance instead of simply jumping to the latest, greatest, and shiniest addition to the franchise!

Next, we have a rather unique game from 2018 that is Kingdom Come: Deliverance. So, what sets this game apart from other open-world RPGs that came out during the previous decade?

To put it in one word: realism. Whereas most RPGs take place in various fantasy settings, Kingdom Come: Deliverance drops the player in 15th century Bohemia and is based on actual historical events. This means there are no magic spells or fantasy monsters to be found this time around, and while that may sound bland at first, the game has quite a lot to offer.

The realism doesn’t extend only to the setting, as combat and exploration are also handled in a highly realistic manner, including stamina management and different hit-zones on both the player’s and the enemies’ bodies. Combined with slower healing, this makes combat quite daunting and challenging even for experienced players.

All in all, while it features no shiny spells and there are no dragons to shout out of the sky, Kingdom Come: Deliverance features a stunning open world, plenty of side quests, and delivers a highly immersive experience that will stick with the players long after the credits roll.

Next up, we have another third-person action RPG that hasn’t gotten nearly as much attention as it deserved upon release. And no, the above is not a typo—Kingdoms of Amalur: Re-Reckoning is a remaster of Kingdoms of Amalur: Reckoning, a game that was originally released in 2012.

One look at it, and Amalur is as high fantasy as high fantasy games go. It features a colorful world full of well-designed creatures, featuring plenty of over-the-top moves and magic spells that are satisfying to use even after many hours of gameplay.

The world is comprised of numerous smaller, inter-connected zones, each with its own distinct style, quests, and creatures. An area where this game is most similar to Skyrim is that character progression is non-linear, allowing players to combine abilities from different skill trees to devise their own playstyle, rather than being limited by a class chosen at the beginning of the game.

Now, though Kingdoms of Amalur may have its own share of flaws. It is a fairly long game so things can get a bit stale and repetitive after a while, not to mention that the open-world formula has been improved plenty over the ten years since the original’s release. Nonetheless, it is a well-made game with a fair amount of variation that you should definitely give a try!

Speaking of good RPGs that didn’t get as much attention as they deserved upon release, we have Dragon’s Dogma: Dark Arisen. And if you’re into slaying giant monsters, this game might just fit the bill.

For the most part, Dragon’s Dogma plays how you’d expect an action RPG to play, with the most notable addition being the pawn system—the ability to summon AI-controlled companions modeled after other players’ characters. On top of that, the game has a unique approach to boss fights, allowing players to climb giant monsters in order to deliver more effective attacks—not to mention that it makes the fights feel much more epic and immersive.

Unlike Skyrim, Dragon’s Dogma does feature a class system that can change how you play your character, so it’s not as flexible in terms of character building but this does give the game more tactical depth and replay value. As you’d expect, the game also features a beautiful open world, though the stamina system and the limited fast travel can sometimes make exploration a chore.

So, much like Kingdoms of Amalur: Reckoning, Dragon’s Dogma: Dark Arisen is a product of its time and is yet another one of those games with definite strengths and some unfortunate flaws that ultimately led to the game being overshadowed by superior products that were released around the same time.

Going all the way back to the mid-2000s, we have Dark Messiah of Might and Magic, a game released around the same time as The Elder Scrolls IV: Oblivion, and it’s one that has its fair share of similarities and differences when compared to Skyrim.

Built in Valve’s Source engine, Dark Messiah of Might and Magic is not an open-world game, featuring instead a series of well-designed levels and placing a focus on the main story, without a lot of room for exploration or player agency.

Now, the area where this game shines is most definitely the combat and the character progression. It is one of the first action RPGs to provide the player with the freedom to tailor their character to their playstyle without limitations of class, something that Bethesda most likely drew inspiration from when designing Skyrim’s leveling system.

On top of that, the then-new possibilities provided by Source’s physics engine make the game’s combat quite dynamic, allowing players to utilize the environment in interesting ways. This includes things such as pushing enemies into environmental hazards or using objects from the environment as weapons, encouraging all-around creativity when approaching combat with the player’s customized talent set.

It goes without saying that, again, this game is also a product of its time and is lacking some refinements that games like Skyrim and subsequent titles introduced over the years, but it still holds up extremely well even in 2023.

That said, if you’re looking for engaging first-person sword-swinging and spell-slinging within a flexible leveling system, you will most likely enjoy Dark Messiah of Might and Magic.

And so, that would be our selection of the best games similar to The Elder Scrolls V: Skyrim!

Naturally, open-world RPGs are a massive genre, so there are still plenty of games out there that we could not include on this list. If we have missed any of your favorites, feel free to let us know in the comments below! 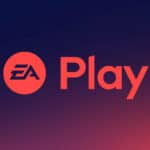 EA Play: Everything You Need To Know
Related Topics Tags