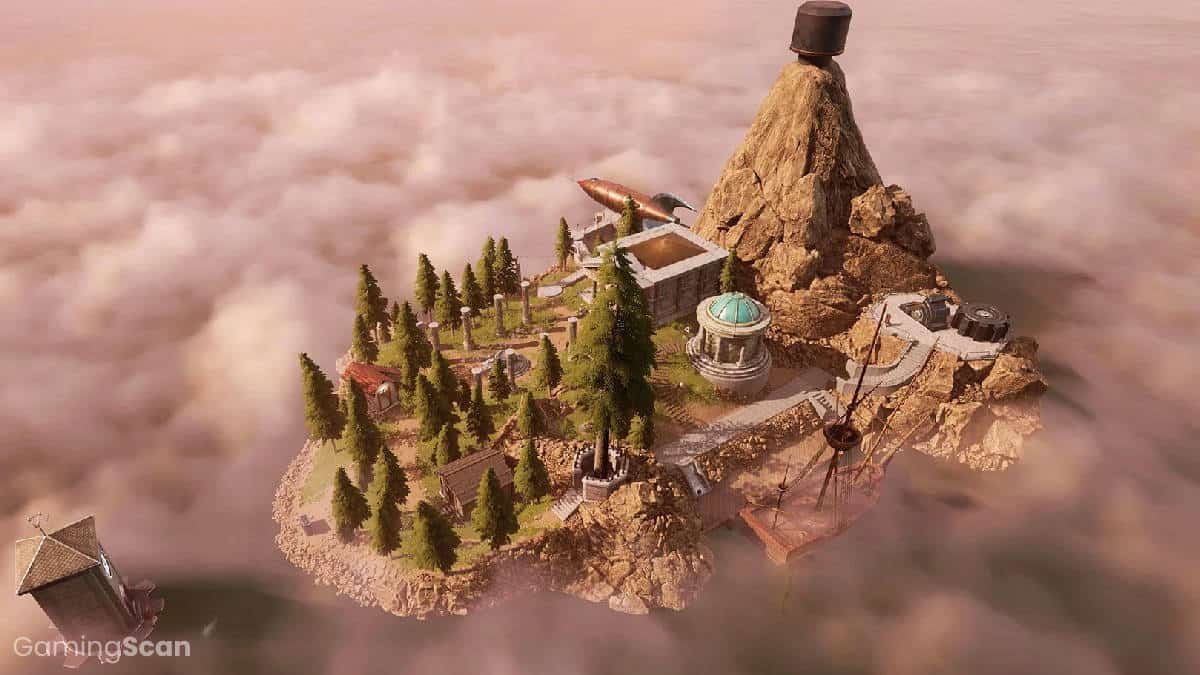 Following the release of Cyan Worlds’ Myst remake, we thought we’d take a moment to acknowledge its pivotal role in defining the first-person puzzle adventure genre and influencing countless titles since.

Whether you’re a fan of the classic’s approach to puzzle-solving, atmospheric environments, or mysterious story, there are plenty of great Myst alternatives worth checking out on PC and console.

We’ll be updating this list in the future with new titles, so make sure to check back and let us know if we missed any of your favorite games similar to Myst!

The Witness is essentially a love letter to Myst and countless other classic adventure games that influenced its creation.

You play as a silent protagonist tasked with exploring a mysterious island divided into 11 regions, each with a unique theme and basket of puzzles to solve.

Like Myst, you encounter each one by visiting self-contained rooms, with more becoming available as you progress and inch your way towards the island’s peak.

If you’re in the mood for a series of challenging logic-based puzzles that do justice to the old-school approach to puzzle adventure, then The Witness is sure to have your brain working overtime.

The next game we’re recommending to Myst fans is Obduction, another first-person adventure game from the same developer, Cyan Worlds, previously known as Cyan Inc.

In it, you take on the familiar role of a silent protagonist, this time exploring the ruins of an alien planet where pieces of human civilization have started to appear.

Much like Myst, Obduction does a good job of holding back its biggest reveals until the very end, though you’re sure to discover some interesting secrets simply by exploring and solving puzzles.

Additionally, the game is stuffed to the brim with all sorts of cool interactive objects inspired by science fiction that can be fun to toy around with.

Modern walking sim games draw a lot of inspiration from classic 90s puzzle adventure games like Myst, including a personal favorite, What Remains of Edith Finch.

In it, you play as the titular Edith Finch, the last living member of an eccentric family who returns to her now-abandoned home to relive her childhood memories.

The story plays around with this idea of a perceived family curse, in which all but one member of every Finch generation dies under strange circumstances.

As things progress, you get to learn more about each relative and witness their untimely deaths first-hand while exploring different rooms, playing out their memories, and solving puzzles.

The Unfinished Swan is another excellent first-person adventure puzzle game from Giant Sparrow, the same studio that made What Remains of Edith Finch.

In it, you take on the role of a boy trying to find a swan that escaped from a painting he holds dearly that was created by his mother before passing away.

Like Myst, gameplay entails exploring surreal and atmospheric environments while solving puzzles and revealing secrets about the world your character inhabits.

Visuals are where The Unfinished Swan sets itself apart, with the world presented as a minimalist black and white canvas upon which you splatter paint to reveal a hidden kingdom beneath.

Although parts of The Talos Principle are clearly influenced by Myst, the first-person adventure puzzler has managed to carve out a space for itself in the genre.

In it, you’re cast as an android whose called upon by their creator to solve a series of 120+ increasingly complex puzzles to demonstrate the extent of their artificial intelligence.

Among these challenges are some real brainteasers that will have you scratching your head about as much as the game’s philosophical narrative that explores the relationship between man and machine.

With that said, you can just focus on the puzzles themselves and ignore all the surrounding clues and mysteries if you prefer.

If you’ve been playing adventure games since Myst was released, there’s a good chance you’ve already dabbled with The Room series and its numerous spin-offs.

The one we’re recommending is The Room 4: Old Sins, which continues the franchise’s engaging first-person puzzle gameplay while extending its scope.

This includes adding new multi-room environments and a story about a missing engineer and his wife that provides a bit more context than previous installments.

Your adventure leads you to the attic of the couple’s home, where you’ll discover a mysterious old dollhouse filled with obscure clues, puzzle contraptions, and secret passageways.

Quern is another first-person adventure game like Myst that takes place in a sci-fi setting and employs a unique approach to puzzle-solving.

After traveling through a portal, you appear in a mysterious world with no other option than to move forward.

Each challenge teaches you a new mechanic that continues to evolve and reappear throughout the game, becoming increasingly complex the further you progress.

One of Quern’s coolest features is an in-game sketchbook that keeps track of key objects and events you encounter during your adventure.

Like Myst, you’re given very little context or clues regarding what you have to do, with most answers encountered by simply exploring the environment and experimenting with different objects.

Each area focuses on a different theme, ranging from interdimensional travel to gravity manipulation, with a heavy emphasis on environmental storytelling that feels reminiscent of Myst.

The Forgotten City started out as an ambitious Skyrim mod before eventually blossoming into a standalone project spearheaded by lead developer and writer Nick Pearce.

It takes place in an alternate version of the Roman Empire in a city subjected to the Golden Rule: a religious mandate where any sinful action causes the entire population to turn into permanent gold statues.

You take on the role of a curious traveler tasked with investigating the rule’s origins after discovering that someone in the city plans to break it, prompting you to travel backward in time to stop them.

While it’s a lot more dialogue-driven than Myst, the fact it has a first-person POV, puzzle-adventure elements, and explore concepts like time travel make it worth checking out.

f you’re a fan of Myst atmospheric environments, then you’ll get a lot of enjoyment out of Prominence’s captivating setting aboard an abandoned spaceship.

You play as a lone adventurer tasked with investigating the terrible outcome of an interstellar mission to colonize a new world.

During your adventure, you’ll navigate through the ship while listening to messages, hacking terminals, and solving various puzzles to progress and gather clues about the ship’s crew.

Like Myst, the game strikes a good balance with its puzzle difficulty that manages to avoid feeling too easy or obtuse to work out for yourself.

In it, you play as the newest recruit for Outer Wilds Ventures, a fledgling space program looking to expand its knowledge of the galaxy and its ancestors’ mysterious disappearance.

The story tackles numerous sci-fi tropes such as black holes, antimatter, and time travel, with your character trapped in a perpetual 22-minute time loop.

This is complemented by a densely packed open world consisting of hand-crafted, explorable planets with interesting backstories and distinct hazards that can be tricky to navigate.

One of the more recent games on this list, Zof is a point-and-click adventure game with devious puzzles where the solution is mechanically simple but at the same time, hard to find.

This is because the game does a great job of hiding important clues throughout the environment, forcing you to pay close attention and scan each area for potential solutions.

While this can make the experience frustrating at times, especially when you find yourself stuck on a particular puzzle that has seemingly no solution, you’ll get a great sense of satisfaction once you manage to figure it out.

After all, a lot of classic adventure games like Myst relied on obtuse puzzle designs to extend their playtime and degree of difficulty, making Zof feel like a modern throwback to that era.

Haven Moon sees you transported to a mysterious world where you’ll explore abandoned islands and solve puzzles to uncover secrets and obtain a fabled lost treasure.

Like Myst, gameplay revolves around exploration, observation, listening, and traditional problem-solving in order to progress and reach the story’s conclusion.

Additionally, Haven Moon’s puzzles are integrated directly into the environment and play a role in the events of the story, which centers on the lone survivor of a cataclysmic event that destroyed his world.

Lastly, each puzzle looks to strike the perfect balance between challenge and accessibility in an effort to provide a relaxing experience that’s more pleasant than demanding.

If you want something a bit different than Myst that still delivers on the first-person adventure puzzle concept, then Return of the Obra Dinn is a worthy recommendation.

You play as an insurance adjuster investigating the disappearance of a ship’s crew using a time-traveling pocket watch that lets you replay the moments leading up to someone’s death.

This tool allows you to play the role of detective and piece together clues regarding each crewmate’s fate throughout the ship’s epic voyage.

While Obra Dinn’s retro-inspired 1-bit graphics may have been in fashion before even the original Myst’s time, developer Lucas Pope clearly has a fondness for classic puzzle adventure games.

The Eyes of Ara

Our final recommendation for Myst fans is The Eyes of Ara, a stunning first-person puzzle adventure set in a vast and ancient castle.

In it, you find yourself alone on a remote island facing the towering structure which has lain dormant for years until one day broadcasting a mysterious signal from within.

You set forth to explore its ominous halls only to encounter a host of secret vaults, hidden rooms, elaborate puzzles and lost treasure.

Like Myst, the game’s biggest narrative mystery bridges the gap between science and the arcane while allowing you to piece together the stories of those who once called the castle home. 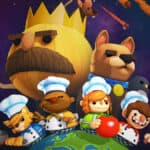