If you had to come up with a list of the most influential games/game franchises ever to exist, chances are Half-Life would be somewhere near the top of that list.

This franchise, which has only recently turned 20 years old, is comprised of a number of games and expansions, and we’ll be listing all of them here, providing a brief overview of each one. 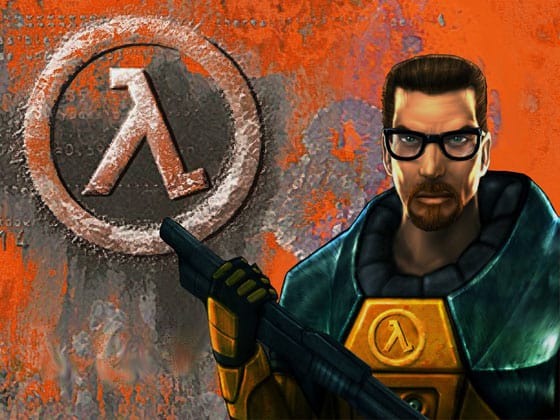 Developed by Valve and released in 1998, the original Half-Life was quite something. Sure, it may seem like nothing special in retrospect, but it truly stood out at the time since it featured great-looking 3D environments and placed a greater accent on storytelling than most FPS games of that time.

The game put the player in the shoes of Gordon Freeman, the silent protagonist whom the player controls through the entirety of the first game and through most of the series. After an experiment goes wrong and the Black Mesa Research Facility is turned into a nightmare, flooded with alien lifeforms, it’s up to Gordon to set things straight, which he does the classic FPS way – with an arsenal of big guns.

The game features many diverse enemies, aliens and humans alike, and it features some platforming and puzzles as well. All of this comes together to form a very memorable gaming experience that holds up rather well even today.

Half-Life was originally released for Windows in 1998, it was ported to the PlayStation 2 in 2001, and it was also brought to macOS and Linux in 2013.

The first Half-Life expansion, Opposing Force was released a year after the original game and it featured a new protagonist – Adrian Shephard, a US marine who takes part in the assault on the Black Mesa facility. As such, the expansion shows the same events, but through a different pair of eyes.

Being an expansion pack, Opposing Force plays more or less the same as the base game, albeit featuring updated graphics and models, brand new levels, and some new weapons.

Much like the base game, it was originally released for Windows and ported to macOS and Linux in 2013, though it wasn’t ported to the PlayStation 2.

The second Half-Life expansion was titled Blue Shift, and the premise was very similar to that of Opposing Force. Namely, the player re-lives the events following the Black Mesa incident through the eyes of another character. This time, it is a Black Mesa security guard named Barney Calhoun, who would return as a supporting character in the later games.

Blue Shift saw another graphics upgrade but it did not add any meaningful new features on top of the extra content. It does not expand on the story like Opposing Force did and it doesn’t add any new enemies or weapons, making it a somewhat lukewarm expansion.

Much like Opposing Force, Blue Shift was originally released for Windows and subsequently ported to macOS and Linux over ten years after its original release. It was actually also supposed to be released for the Dreamcast, but the Dreamcast port of Half-Life never saw the light of day.

The third and final Half-Life expansion, Decay was an interesting entry in the franchise’s history. Once again, the game takes place in Black Mesa, only this time, we didn’t get a new protagonist – we get two. Decay was envisioned as a cooperative multiplayer experience, putting the player in the shoes of two Black Mesa scientists: Colette Green and Gina Cross.

Naturally, the game plays like the original Half-Life, but with an added accent on co-op play. However, though it may have been designed to be played in split-screen with two players, it can still be played in single-player. In that case, the player can switch between the two characters in order to solve puzzles and the character not being controlled by the player will instead be controlled by AI.

Decay was released only for the PlayStation 2, so it was not quite as popular as the earlier expansions. Granted, it is a decent gameplay experience in its own right, though it doesn’t quite echo the combat and story-heavy atmosphere that made Half-Life stand out.

In the months leading up to the release of Half-Life 2, Valve released an updated version of the original Half-Life, now presented in the company’s brand-new Source engine that brought a number of improvements to the game.

Half-Life: Source wasn’t really a proper remake of the original, as it used old assets and didn’t make any major changes to the game. The graphical enhancements are limited to enhanced effects, while the gameplay is mostly the same, albeit with updated AI and improved physics. Granted, there were also some other minor changes in terms of level design, but nothing of any major consequence was added or removed.

Half-Life: Source was released for Windows, macOS, and Linux.

In 2004, Valve did it again – with the release of Half-Life 2, they had continued the story of Gordon Freeman and introduced more game-changing innovations.

With Half-Life 2, we finally depart the confines of Black Mesa and are introduced to an entirely new world where humanity has been conquered and the human civilization controlled by alien invaders that appear far more sinister and sophisticated than the ones that the player had faced in the earlier games. There is an even greater accent on storytelling, featuring a cast of likable and believable characters, something that was sorely missing from the previous titles.

From a gameplay standpoint, what made Half-Life 2 stand out was its famous Gravity Gun that allowed the player to play around with the Source engine’s physics, utilizing various objects from the environment as weapons. In addition to that, the enemy AI was more complex, the animations were natural and realistic, and the graphics were downright amazing – for 2004, at least.

Half-Life 2 was released on a wide range of platforms over the years. It was originally released for PC in 2004, then for the original Xbox in 2005, while the Xbox 360 and the PlayStation 3 versions came out in 2007. It was also ported to macOS and Linux in 2010 and 2013 respectively. On top of that, it was also ported to Android in 2014, although it is available only on Nvidia SHIELD devices.

Half-Life 2: Deathmatch was released soon after Half-Life 2 and, as the name suggests, it is a standalone multiplayer release. It features a solid selection of maps and allows the player to experience the magic of the Source engine in a multiplayer environment. Of course, it doesn’t feature any single-player content nor does it in any way advance the story of the franchise.

As mentioned above, it was released for Windows soon after the main game, and it was also released on macOS and Linux but not on consoles.

Released about a year after Half-Life 2, Lost Coast isn’t so much a game as it is a tech demo. It features a single level that was cut from the original game and was repurposed to showcase the HDR rendering capabilities of the Source engine.

That said, it is a brief gameplay experience that doesn’t offer much apart from one very well-designed level that a Half-Life fan will definitely want to experience. Like Deathmatch, it was released for Windows, macOS, and Linux but not for consoles.

The first of the three planned episodic expansion packs for Half-Life 2, Episode One picks up immediately after the ending of the main game, taking place mainly within the confines of the Combine Citadel, and the player takes control of Gordon yet again.

Gameplay-wise, the game introduces two interesting new features: an enhanced gravity gun that can manipulate living matter, and Alyx as a side-kick whose AI works beautifully in the game’s environments and encounters, making her feel like an actual asset instead of a nuisance, like many AI companions usually are.

Episode One was initially released in 2006 for Windows and it was released for the Xbox 360 and the PlayStation 3 in 2007, along with the console port of the main game. The same goes for macOS, and a Linux version of Episode One was released about a month after the original Half-Life 2 port.

Half-Life 2: Episode Two was supposed to be the penultimate expansion for Half-Life 2, but it ended up being the final one. Just like Episode One picked up where the main game left off, so Episode Two picks up immediately after the events of Episode One.

Most agree that Episode Two is way better than Episode One thanks to its diverse levels, new enemies, fairly open environments, and a very well-designed semi-open vehicle level. Overall it makes for a very dynamic and memorable gameplay experience, and the plot effectively builds up towards a climax which we sadly never got to see.

Just like the previous expansion, Episode Two was released for Windows, the PlayStation 3, the Xbox 360, macOS, and Linux. 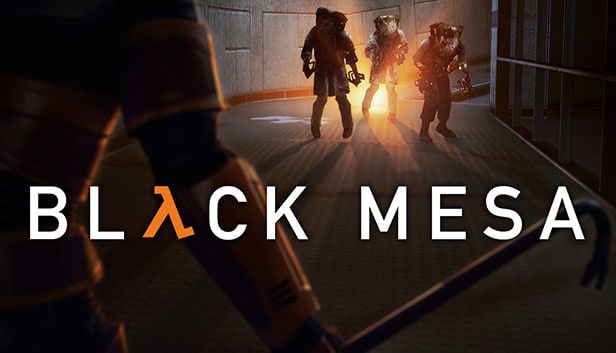 And finally, we have Black Mesa, which is a full-fledged fan remake of the original Half-Life in the Source engine, complete with updated assets and graphics. That said, the levels are mostly untouched and the game plays the same as Half-Life: Source but with greatly enhanced visuals.

Black Mesa has originally started development all the way back in 2008 as a free mod, but has been available as an Early Access title on Steam since 2015. As mentioned above, this is a fan remake, so it wasn’t developed by Valve but by the Crowbar Collective, an independent international team of developers. It is available for Windows and Linux.

And there you have it, all the Half-Life games released thus far! Whether this list will continue expanding is anyone’s guess, but we sure hope that it will. As always, if we have overlooked anything or made any mistakes, feel free to let us know in the comments and we’ll do our best to fix it as soon as possible.