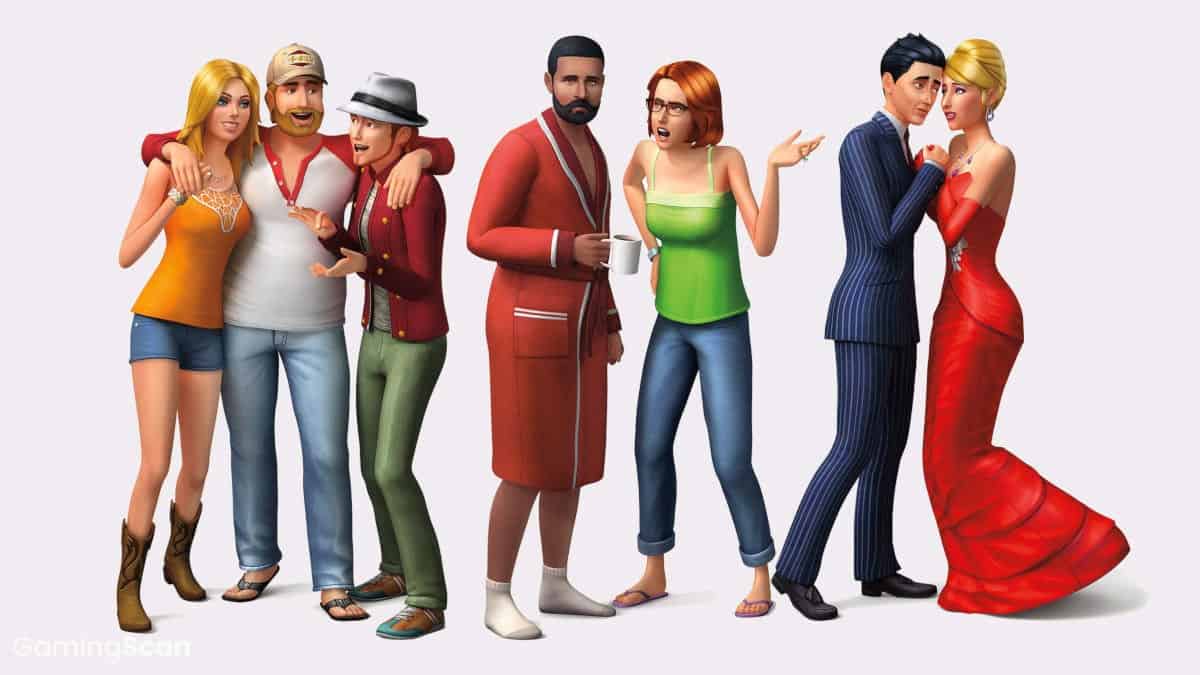 If you enjoy playing social life sims, then there’s a good chance you’re a fan of games like The Sims and Animal Crossing, both of which have been around for decades now.

Best-known for their casual gameplay and sandbox environments, The Sims is actually part of the larger Sim franchise, which got its start in 1989 with the release of SimCity.

In this list, we’ll explore one of the most successful video game franchises by listing all of The Sims games in order of release date, along with a brief summary of how each one has impacted the series.

If EA ever does decide to finally greenlight The Sims 5, we’ll update this list to reflect the new timeline, so make sure to check back in the future!

Related:Best Sims 4 ModsBest Games on EA PlayBest Video Game Spin-offs That Are Better Than The Original 2022

Developed by Maxis and published by EA, The Sims combines an isometric perspective with open-ended simulation to create an immersive world that revolves around virtual people called Sims.

Each Sim is assigned a basic suburban home located near SimCity, where they have a daily routine that includes various activities such as hygiene maintenance, exercising, working, and dating.

Though not as robust as later entries, the Sims AI was relatively autonomous and allowed characters to carry out tasks without being told to, though players had the option to intervene at any time.

Sims can develop unique skills depending on which activities they perform most, and once employed, generate income that can be used to furnish their home and purchase additional properties.

The game has sold more than 16 million copies worldwide, received many positive reviews, and played a significant role in broadening video games’ appeal to a more casual audience.

Like its predecessor, The Sims 2 features open-ended gameplay revolving around your Sim’s life goals as well as their wants and fears, with both having potentially positive or negative outcomes.

Additionally, Sims now age through six stages of life, living up to 90 in-game days depending on how many of their aspirations went fulfilled.

The Sims 2 is the first entry to use a fully 3D graphics engine that provides 360-degree visibility instead of The Sims’ fixed isometric perspective.

The game would ultimately surpass its predecessor financially and critically, selling more than 100 million copies globally and gaining a 90% score on Metacritic.

The Sims 3 expanded on the Sims formula by including an open-world system in which Sims could walk around neighborhoods, or ‘worlds,’ without the need for loading screens.

The Wants and Fears system was replaced with Wishes; fulfilling a Sim’s wishes now counted towards their Lifetime Happiness score and netted points to be spent on special rewards.

Although The Sims 3 wasn’t able to surpass the records set by its predecessors, the game reviewed well and has sold over 10 million copies worldwide since its release.

Instead of making drastic changes, The Sims 4 smooths out many of the series’ rougher edges through various quality of life improvements while also incorporating some new ideas.

The ‘Create a Sim’ feature was expanded to allow players to directly manipulate their Sim’s facial features with their mouse rather than via sliders.

Sims were given the ability to multitask and assigned new ‘Moodlets’ depending on their emotional state, with new interactions made available based on whichever one they were currently experiencing.

While still a commercial success, The Sims 4 has received lower overall ratings than any other main series Sims game, with the bulk of criticism directed towards its lack of content at launch.

The Sims Online was an MMO-style life sim based on the main series games that required a monthly $10 subscription to play.

The game world was split into 12 playable cities with distinct themes, goals, and rules, in addition to 18 ‘hidden’ inaccessible neighborhoods.

Sims could improve their skills by completing tasks and interacting with other players as well as earn money by taking up in-game jobs, selling items, or providing unique services to other players.

In March 2007, EA announced that The Sims Online would rebrand as EA-Land and include significant enhancements; however, EA would ultimately shut down the service entirely about a year later.

The Sims Bustin’ Out

The Sims Bustin’ Out is a follow-up to the console version of The Sims and is credited as the first game in the series to not receive an official PC release.

It retains the same 3D environments and engine as its predecessor while shifting its focus to player progression through job promotions and fulfilling your Sim’s goals.

Two modes are included: Bust Out, which revolves around mission-based objectives, and Freeplay, which features open-ended gameplay more in line with the original.

Limited to just consoles, The Sims Bustin’ Out didn’t fare as well as the main series games commercially, though the majority of its reviews are positive.

The Urbz: Sims in the City

Developed exclusively for console and handheld, The Urbz: Sims in the City features different storylines and gameplay depending on the type of hardware.

On console, you play as a Sim trying to navigate the big city and fit in with various cliques by changing up your wardrobe and completing specific tasks to impress NPCs.

The handheld version is much more linear and sees your Sim completing a series of favors for NPCs in order to progress and unlock new areas.

One of the more interesting pieces of trivia about The Urbz is that most of the game’s soundtrack features songs from the music group The Black Eyed Peas, which have been translated into Simlish.

The Sims Stories is a line of spin-off games based on a modified version of The Sims 2 engine optimized to run on less powerful machines, such as laptops.

There have been three entries in the Stories subseries to date: The Sims Life Stories, The Sims Pet Stories, and The Sims Castaway Stories, with each featuring a distinct storyline.

Initially created as an introductory series for new players, the Stories games modify or omit major features from The Sims 2, including the fears system and the elder life stage.

Despite the series not being officially compatible with The Sims 2, players have reported successful attempts at transferring save files between the two.

In it, you play as a Sim tasked with saving a town on the brink of collapse by using their creativity to construct new homes, improve local businesses, and attract new residents.

Customization is a core part of the game, with players able to create unique houses, furniture, and outfits for both themselves and NPCs using a new in-game resource type called ‘Essences.’

While players can still meet characters and form relationships, they no longer have to manage certain Sims needs, namely hunger and sleep.

The Sims Carnival was an online community-based game creation toolkit that let users make and share games with other players.

It included a robust suite of game design tools: The Wizard, used to guide players through game creation step-by-step, The Swapper, used to customize existing games, and The Game Creator, which housed a collection of images, animations, and sounds to be incorporated in users’ creations.

The goal was to democratize game creation by letting users share open-source games with one another in hopes of sparking creativity within the community.

Set during the Middle Ages, The Sims Medieval sees you building up a royal kingdom, sending your Sims on epic quests, and decorating your dynasty by spending Kingdom Points on various amenities.

It differs from the main series in several notable ways; for one, players could actually win the game by fulfilling one of their kingdom ambitions.

Additionally, many core features such as character creation, architectural diversity, and simulated systems have been either reduced or simplified for a tighter gameplay experience.

The Sims Medieval also introduces unique specialist roles such as Wizard, Physician, and Knight, along with new team-based quests with multiple Sims working together.

The precursor to later Sims mobile games, The Sims Social was a Facebook add-on that allowed users to create their own Sim and interact with those of their Facebook friends in the town of Littlehaven.

Over time, Sims would develop likes or dislikes for certain characters as well as form relationships that could be publicized on the user’s Facebook page.

While the game was quite successful in its first year, accumulating over 16 million users in its first week alone, stiff competition and dwindling player numbers resulted in EA closing The Sims Social only two years later, on June 17, 2013.

The Sims made its free-to-play debut on mobile with The Sims Freeplay, a spin-off title that used real-world time to complete in-game actions.

New content was made available by progressing through levels, and players could create up to 34 Sims, construct new buildings, complete goals, earn Simoleons, and obtain a new currency called Social Points.

The game has received several updates over the years, including special events and competitions announced through an official Facebook page.

Unlike its Freeplay predecessor, The Sims Mobile looks to offer a similar experience to the main series PC games by telling stories based on your Sim’s actions.

Sims will experience many ups and downs as they go through their career and form relationships and can build houses, start families, and interact with other players’ Sims.

Completing actions consumes energy that can be restored using SimCash, an in-game currency that can be earned by completing quests or purchased directly via microtransactions.

As Sims progress through life, they’ll level up to unlock new cutscenes in addition to new furniture and clothing options. 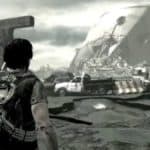