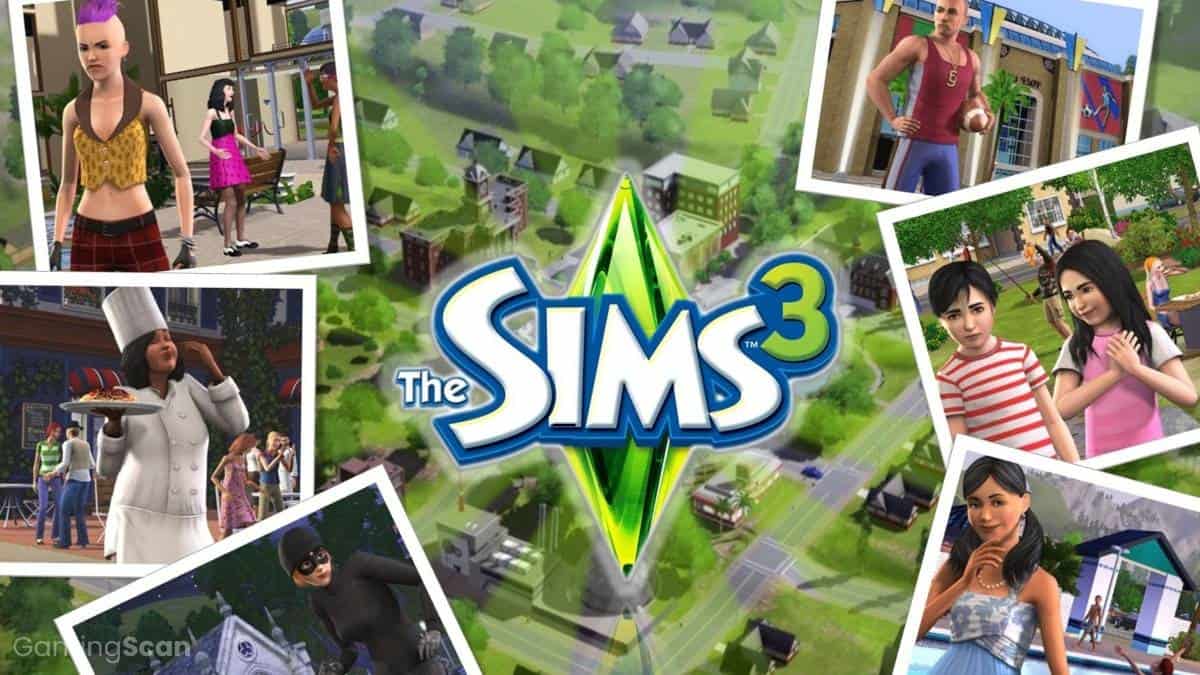 The Sims 3 is the third installment in the highly popular Sims series. As with all the other Sims games, older and newer alike, a plethora of different expansions were released for it over the years.

As a matter of fact, the Sims 3 holds the record in this regard, as it has received a total of 11 expansions, which is more than any other Sims game released to date.

In this article, we’ll be listing all the Sims 3 expansions and stuff packs ever released, along with a brief overview of each one.

First, let’s take a look at all the main expansions, that is, the expansion packs that feature a wide selection of new content, which includes not only items, furnishings and clothes but also a variety of new features and gameplay mechanics. 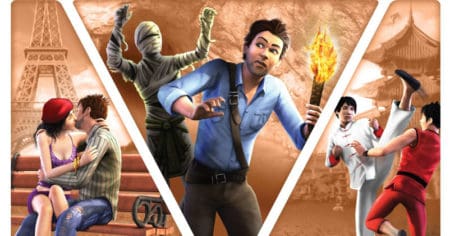 The very first Sims 3 expansion pack, World Adventures focuses on traveling and going on adventures abroad. It allows the player to take their Sims on vacation to three entirely new locations based on Egypt, France and China.

The player can then explore these new sub-neighborhoods, explore tombs filled with secrets and traps, go on quests, find treasures, and acquire and level up unique new skills: martial arts, photography and nectar making. It also adds mummies as new unique creatures that the sims can interact with.

That said, World Adventures is an interesting expansion but also not a very high-priority one if you don’t plan on spending time exploring pyramids or learning martial arts. 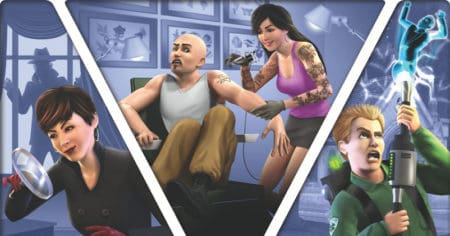 The second expansion was titled Ambitions, and its primary focus was new career paths and new skills.

Ambitions introduces five brand-new careers: Firefighter, Investigator, Ghost Hunter, Stylist and Architectural Designer. These new careers allow the player more control over what their Sim is doing at work and are more entertaining than the original ones present in the base game, which don’t exactly allow for any degree of direct control.

Furthermore, the game added three new skills: sculpting, tattooing and inventing, all of which are pretty self-explanatory. Other notable additions include a new town called Twinbrook and an update to the game’s Real Estate system.

Overall, Ambitions is a good expansion to have, as it introduces a bunch of interesting new careers and some miscellaneous improvements.

Taking the focus away from suburban neighborhoods, Late Night introduces a sprawling metropolis called Bridgeport — well, as “sprawling” as the game’s engine can support, which is to say not very. Nonetheless, it is quite an expansive neighborhood, and it manages to achieve a sense of scale that is lacking in most Sims 3 towns.

Considering the focus is placed on an urban environment, the expansion is all about the careers and activities you’d usually associate with it: film, music, nightlife and so on. Film is a new career in this expansion, while music and sports careers are updated and expanded.

On top of that, four new skills are introduced: piano, bass, drums and mixology. The first three are merely new instruments that musically inclined sims can learn to play, while mixology allows sims to work as bartenders and mix a variety of exotic drinks.

The expansion also allows sims to become celebrities, gaining certain perks by increasing their celebrity status, that is, becoming more famous. What’s more, sims can also become vampires and access many of the perks of undeath that are usually associated with mainstream vampires.

All in all, if you like playing around with bachelor sims, Late Night should definitely be a high-priority expansion for you! 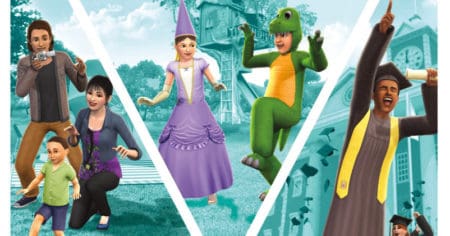 The fourth expansion, Generations, focuses mainly on younger sims and adds a bunch of new activities that you’d associate with them.

The expansion introduces only one new profession, Daycare, and only one new skill, Chemistry. As mentioned above, the expansion focuses primarily on new activities and items associated with children and teenager sims. This includes things like field trips, prom, various school activities and more. There is also a brand new memory system that allows the player to record specific events in a virtual scrapbook.

Ultimately, Generations is an exciting expansion that is bound to appeal to those who like to play with large families of Sims, as it takes the focus away from young adult and adult sims, unlocking a bunch of things to do with youngsters.

As the name so obviously suggests, the fifth expansion doesn’t deal so much with sims as it does with their trusty furry companions.

Pets introduces a wide variety of dog, cat and even horse breeds that the player’s sims can own, as well as an array of activities that go along with them, including a new Riding skill. In addition to these three “main” types of pets, the expansion also introduces a number of other so-called “small pets” such as birds, lizards, rodents, snakes and turtles.

Obviously, if you’re an animal person and would like to warm up your sims’ home by introducing a new pet to it, then this is definitely an expansion worth getting.

Moving on, we get to the sixth expansion titled Showtime. It builds off of the celebrity theme that was introduced in Late Night.

The expansion adds a new neighborhood called Starlight Shores, and it adds three new careers that place sims in the center of attention: Magician, Acrobat and Singer. On top of that, Showtime also adds the DJ skill, which is pretty self-explanatory. That said, the primary focus of Showtime is putting sims in the spotlight and helping them become famous entertainers.

Much like Ambitions, Showtime is an expansion that’s only really worth getting if these new careers seem appealing, as it doesn’t offer much otherwise.

World Adventures introduced mummies, Late Night introduced vampires and the seventh expansion adds a variety of other supernatural creatures to the mix!

The new creatures/races come with a bunch of unique features and perks that aren’t available with regular sims, and they can put a new spin on the old game, so if these sorts of creatures and misty mountain towns are your thing, you would definitely enjoy Supernatural! 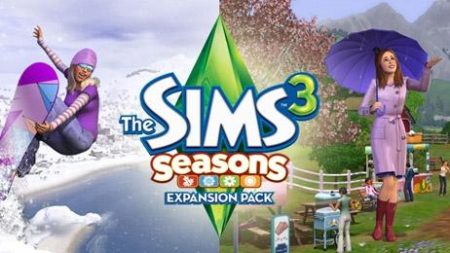 For years, the many neighborhoods of The Sims 3 seemed stuck in a sort of perpetual spring or summer, but the eighth expansion, Seasons, changes this.

With this expansion, seasons change every seven in-game days (by default), and in addition to the obvious cosmetic weather changes, each season comes with certain activities that sims can take part in only during that particular season, including holidays and festivals. It adds two new skills to the game: snowboarding and soccer. And on top of that, oddly enough, Seasons also adds aliens to the mix.

All in all, this is an interesting expansion that many players would appreciate having as it breathes more life into neighborhoods, both new and old, and it makes the world feel very alive and dynamic. 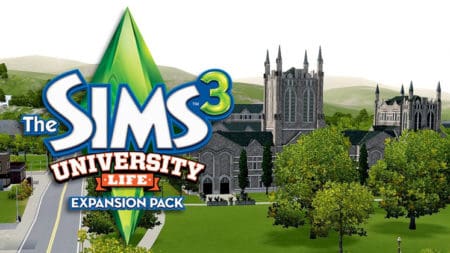 Up next, we have a college-themed expansion. It allows you to enroll in the Sims University, a brand new sub-neighborhood where your sims will live while working on their degree.

There are six majors to pick from: Business, Communications, Science and Medicine, Fine Arts, Physical Education and Technology. While staying at university, sims can live in dormitories, rented houses/apartments, or they can join a sorority/fraternity. They can also join one social group, Nerds, Jocks or Rebels, potentially unlocking some extra perks that can come in handy both at the university and in their future careers.

Naturally, there are also new skills that sims can acquire: Street Art, Science and Social Networking. And speaking of social networking, University Life also replaces the old Sims 3 phones with smartphones, which, of course, come with some new features.

Needless to say, University Life is bound to be a great addition to the game, especially for players who like playing with single sims or small groups of sims. 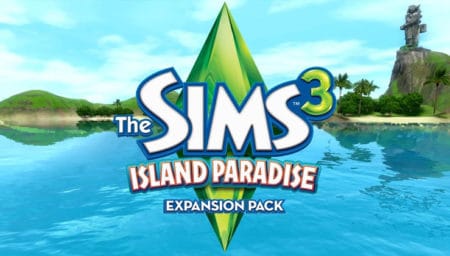 Island Paradise is a vacation-themed expansion similar to World Adventures, but this time, the focus isn’t on exotic foreign locales but on, well, an island paradise!

The expansion introduces a new neighborhood called Isla Paradiso, and it adds numerous features and activities that you’d usually associate with a tropical retreat. This includes boats as a means of transportation, scuba diving in search of underwater treasure and miscellaneous collectibles, and sims can even run their own resorts or become lifeguards.

That said, Island Paradise feels like a more limited version of World Adventures with less features and activities, but if you’ve got a thing for tropical locales, it just might be worth getting.

The final Sims 3 expansion is titled Into the Future, and as you may have guessed, it features a bunch of high-tech time travel shenanigans.

Obviously, the main feature of this expansion is the ability to visit the future with your sims and see what the world looks like further down the line. This means that the sims are actually able to meet their own descendants in the new sub-neighborhood of Oasis Landing, which can end up being an example of either a dystopian or utopian future.

Overall, Into the Future is a fitting way to end the 11-expansion run of The Sims 3, and it is a rather interesting one, too. Needless to say, Back to the Future fans are bound to have a field day with this one!

Now, while expansions contain the bulk of the extra Sims 3 content that you can get your hands on, there are also the so-called “stuff packs.” These are cheaper mini-expansions that add a variety of items to the game that are unified by a common theme but without any new major features.

There is a total of 9 stuff packs available for The Sims 3, and these are as follows:

Finally, if you feel like we have skipped anything important, feel free to let us know in the comments and we’ll see about fixing the mistake as soon as possible. 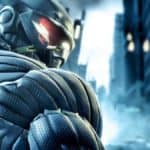