In a Pokémon-themed Nintendo Direct, developer Game Freak announced two upcoming expansions for Pokémon Sword and Shield, which recently broke the record for the fastest-selling games in the series.

Scheduled to release later this year, The Isle of Armor and The Crown Tundra expansions will see players journeying to new lands where they’ll meet a host of new characters and Pokémon.

Additionally, the expansions will mark the return of 200+ Pokémon from previous generations. Here, we’ll be explaining everything you need to know about the expansion pass, including release dates, pricing, and features.

If you would like to receive more information about Pokémon Sword and Shield, check out one of our many guides for valuable tips and tricks to get you started:

The Sword and Shield expansion pass will be releasing in two parts, with The Isle of Armor dropping on June 17th and The Crown Tundra later in Fall 2020. The DLC is currently available for pre-purchase from the Nintendo eShop for $29.99/£26.99, which includes a copy of both expansions.

Note: The Isle of Armor and The Crown Tundra expansions come bundled together and cannot be purchased separately.

The Isle of Armor Expansion

The Isle of Armor expansion will carry you to a new tropical-themed island where you’ll take on an apprenticeship under Mustard, a Pokémon dojo master. Additionally, you’ll gain a new rival depending on which version of the game you’re playing.

In Pokémon Sword, your new rival will be Klara, a trainer specializing in Poison-type. If you’re playing Pokémon Shield, your opponent will be Avery, a Psychic-type trainer.

While on the Isle of Armor, you’ll be introduced to a new Legendary Pokémon named Kubfu, a fighting-type that later evolves into Urshifu. Upon evolving, your Kubfu will turn into either Single Strike Form Urshifu (Fighting/Dark-type) or Rapid Strike Urshifu (Fighting/Water-type) depending on the choices you make during the story.

The Isle of Armor has a separate Pokédex which can be completed by battling wild Pokémon in the open-world and participating in Max Raid Battles.

Included are a host of new Pokémon and regional variants as well as some familiar faces from earlier games. Below you’ll find a list of all the features included with this expansion.

Game Freak plans to deal with fan criticism of Sword and Shield’s limited PokéDex by adding in creatures from older games. On the Isle of Armor, players will be able to encounter the following Pokémon from previous generations:

Note: You can only encounter these Pokémon if you have purchased the expansion pass. However, they can still be obtained for free through trading.

The second DLC being released is The Crown Tundra, which sees you traveling to a hazardous, snow-swept mountainous region with freezing-cold temperature.

Here, you’ll be recruited to join an expedition team and explore uncharted territories and mountains as you make your way across the region’s landscape and encounter small communities of trainers.

The expansion will also introduce a new co-op mode that sees players teaming up for challenging Max Raid Dungeons, where Legendary Pokémon may appear.

Similar to the previous expansion, The Crown Tundra will feature its Pokédex, which can be completed by battling wild Pokémon in the open-world and participating in Max Raid Battles.

Included are a host of new Pokémon and regional variants as well as some returning Pokémon earlier games. Below you’ll find a list of all the features included with this expansion.

Like the first expansion, The Crown Tundra will add even more existing Pokémon from previous generations. There’s a chance some of them will appear out in the overworld while others may be restricted to the new co-op Max Raid Dungeons.

Note: You can only encounter these Pokémon if you have purchased the expansion pass. However, they can still be obtained for free through trading. 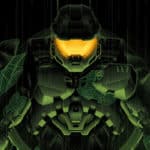