Now that Pokémon Sword and Shield are out, you may find yourself confused by the numerous new mechanics and terms introduced in Generation 8.

In this guide, we’ll be breaking down what Dynamax and Gigantamax Pokémon are, as well as detailing how to find and catch them.

Upon receiving the Dynamax band from Professor Magnolia at the beginning of the game, players will able to trigger Dynamax and Gigantamax Pokémon evolutions temporarily. However, you’ll find one major differentiator between the two. While every Pokémon in Sword and Shield can Dynamax, only a select group is capable of Gigantamaxing.

Pokémon can Dynamax in specific areas, such as gyms, during Max Raid Battles, and in the Wild Area. In Gym Battles, players can trigger a Dynamax evolution at any time, with the effect lasting for three turns before the Pokémon returns to normal.

During this time, the Pokémon will increase in size, have more HP, and gain access to stronger Max Moves based on the elemental types of the original moves. There are 19 Max Moves in total, with each triggering additional effects, such as changing the weather of the battlefield.

The amount of HP gained when Dynamaxing is determined by the Pokémon’s Dynamax Level, which can increase by feeding it Dynamax Candy received from Max Raid Battles.

Dynamax Pokémon are incapable of flinching or fleeing from battle. Additionally, they are immune to most moves with secondary effects as well as any attacks based on weight, such as Heavy Slam, Grass Knot, Autotomize, Heat Crash, Sky Drop, and Low Kick.

Lastly, the effects of move-restricting held items like Choice Band and Choice Scarf are negated while a Pokémon is Dynamaxed. The same applies to Max Raid Battles, only instead of Dynamaxing whenever you want, you’ll take turns Dynamaxing with other players. The effect still lasts for three turns.

Gigantamaxing works the same as Dynamax with a few additional benefits. Gigantamax Pokémon are even larger in size and sport a different look than their Dynamax counterparts. In addition to having much higher HP, Gigantamax Pokémon can use exclusive G-Max Moves, which are currently the most powerful attacks in Sword and Shield.

Although Gigantamax Pokémon are superior to Dynamax Pokémon, they’re also much rarer to find and limited to certain species, which we’ve listed below:

Bear in mind: it’s still possible to encounter non-Gigantamax versions of each of these Pokémon. To check whether or not your Pokémon is able to Gigantamax, search for the Gigantamax icon to the left of the Pokémon’s name in the summary page.

Where To Find Gigantamax Pokémon

As of now, Gigantamax Pokémon are only obtainable through mystery gifts and special events – Eevee, Pikachu, and Meowth – as well as Max Raid Battles. None of the Pokémon you encounter in the overworld, including the Wild Area, are capable of Gigantamaxing, making them extremely rare.

However, Game Freak has plans to make some Gigantamax Pokémon easier to find, including a limited boost to the encounter rate for Gigantamax Butterfree up until early next year.

Your best bet for obtaining Gigantamax Pokémon currently is by battling and catching them during Max Raid Battles with up to three other players. These tougher battles are activated by using a Wishing Piece on one of the Pokémon dens found throughout the Wild Area. There’s a 5% chance of a Gigantamax Pokémon spawning in the following dens: 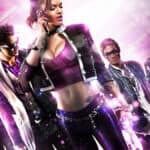