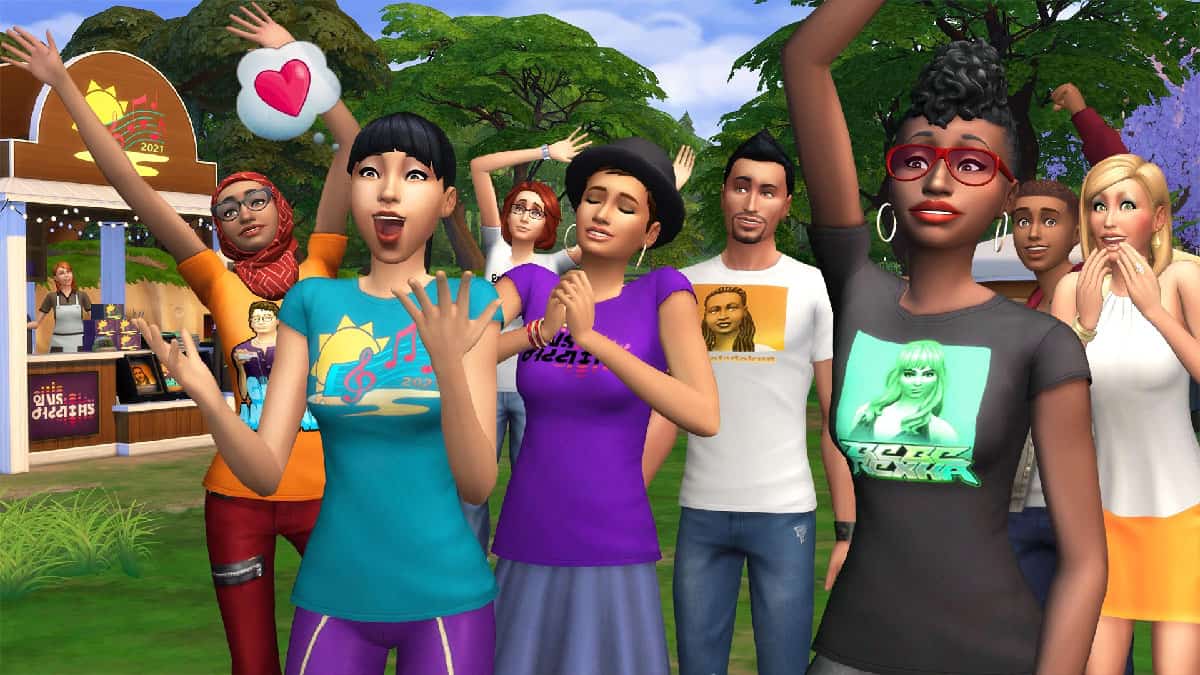 Life sim games like The Sims give players the perfect outlet to live out their wildest fantasies while navigating relationships, hobbies, careers, and so much more.

With a history spanning over 20 years, the series has amassed a huge casual following that’s always hungry for more content, including new DLC and Sims PC mods.

In this list, we’ll highlight the best games like The Sims for PC, PlayStation, Xbox, and Nintendo Switch to play in 2022.

This includes other immersive sims with social and romantic options as well as robust customization rivaling that of Maxis and EA’s games.

Our first suggestion for games like The Sims offers a mix of management and city building gameplay.

In The Tenants, you must navigate the many ups and downs of being a landlord by seeking out the best tenants for your newly furnished apartments.

This isn’t always easy and sometimes you’ll find yourself in sticky situations that require you to seek outside help from contractors as well as the police.

Design is where the game truly stacks up to The Sims, allowing you to turn decrepet flats into money-making machines with just a fresh coat of paint and some furniture.

Another Sims-like recommendation that’s worth keeping on your radar is Coral Island, a colorful farming/life sim with similar gameplay.

In it, you’re invited to explore an enchanting tropical island at your own pace while living off the land, nurturing animals, building relationships, and falling in love.

The main goal is to leave the world in a better place than you found it by picking up trash, planting flowers and crops, and improving your neighbors’ lives.

Whether you’re a Disney fan or simply enjoy kicking back with a relaxing game, Disney Dreamlight Valley is sure to win you over with its casual-minded design.

Building off of its predecessors, the game captures that “Disney magic” with a host of recognizable characters and locations.

What’s more, it features extensive character customization with a suite of tools for designing your own clothing to wear around town.

The Sims can get kind of weird at times, dabbling in otherwordly affairs like magic, rituals, and the afterlife.

Wylde Flowers is another game that explores these themes while offering a fresh take on life sim gameplay.

In it, you take on the role of Tara, a witch-in-training tasked with growing a farm by day and honing her spell-casting skills by night.

Throughout the story, players will grow close to a diverse cast of fully-voiced characters as well as unravel a mystery about the cozy rural island.

In Dinkum, players are transported to the exotic Australian outback to start a fresh life and get back in touch with Mother Nature.

After pitching a tent and gathering all the necessary resources to get your community started, you’ll start convincing other characters to move in.

This allows you to unlock new amenities such as a shop, museum, and other locations to obtain new furniture, expand your wardrobe, and socialize.

To this point, Dinkum’s world offers an abundance of wildlife, terrain, and objects that can be crafted into useful gear and equipment.

Animal Crossing games have always had a lot in common with The Sims when it comes to overall tone and gameplay.

New Horizons kicks things up a notch by layering on crafting and robust town customization to create the island home of your dreams.

There’s also a big emphasis on personalizing your villager’s wardrobe and house as well as your neighbor’s homes.

With Nintendo Switch Online, you can bring the fun to your friends’ islands and show off your decorative skills, exchange items, and go on adventures.

My Time at Sandrock is the sequel to Pathea Games’ hit farming RPG and tasks you with building a community located in a dry, deserted region.

Assigned the role of Builder, players will get to work gathering resources and building tools to turn their run-down workshop into a well-oiled machine.

It won’t be long until the citizens of Sandrock come knocking on your door to put in requests for various favors that reveal a bit about their hobbies and personalities.

Over time, you’ll get to know more about their lives as you become deeply entrenched in the community and have a vested interest in seeing it improve.

It was only a matter of time until we arrived at Stardew Valley, the one-man passion project that helped spark a new generation of farming and life sims.

Taking its cues from greats like Harvest Moon and Animal Crossing, the game has you creating a character before making your way to the cozy town of Stardew Valley.

Here, you’ll set out to breathe new life into your grandfather’s old farm by growing crops, raising animals, and getting back in touch with nature.

When you’re not up to your knees in seeds, you’ll make your way around town getting to know the residents of Stardew, quirky traits and all.

Another life sim with a farming component, Littlewood is a 2D game with retro pixel art reminiscent of the classic 8 and 16-bit eras.

The game tasks you with rebuilding the town to its former glory by venturing out into the vast world of Solemn to gather resources and recruit new residents.

As you explore magical forests, fishing towns, and mysterious caves, you’ll encounter unique characters and take up hobbies like farming, fishing, and shopkeeping.

Players are tasked with building and running their own campus university complete with staff, classrooms, students, and curriculums.

While business sims are known for their complex systems, Two Point Campus keeps things light, allowing you to enjoy its zany humor.

This combined with its cartoony graphics makes it a solid alternative to The Sims that’s sure to have you chuckling to yourself as you guide students through academia.

If you’re a fan of classic city builders like SimCity, then you’ll probably have fun deciding the fate of your residents in Cities: Skylines.

The game casts you as the Mayor of a soon-to-be metropolis built from the ground up using streamlined tools that still allow for a great deal of depth.

Much like The Sims, Cities: Skyline’s fun comes from feeling like a virtual god with the ability to bend every NPC to your will.

With control over education, natural resources, policing, and healthcare, you’ll have everything you need to craft a perfect utopia or modern-day apocalypse.

Although The Sims 4 may feature the best building system in the series, there are a handful of dedicated sims that nail their DIY renovation gameplay.

One of our favorites is House Flipper, which parodies home-renovation TV shows while being a legitimate game about flipping houses on the market.

In it, players purchase and sell virtual properties in hopes of making a profit by updating each one’s layout, furniture, and overall curb appeal.

Players who are serious about their investment can go the extra mile by demolishing walls, repainting rooms, and filling homes with fancy new appliances.

Even those who aren’t well versed in Fallout’s extensive lore can find enjoyment in Bethesda’s free-to-play base builder.

Fallout Shelter gives players the title of Vault Overseer, an all-seeing entity tasked with designing a secure bunker to keep its inhabitants safe in a post-apocalyptic world.

While there are some RPG elements to consider such as character stats and special traits, everything is streamlined to be as casual-friendly as possible.

If you’ve always wanted to play The Sims as the grim reaper, Graveyard Keeper is about as close as you’re going to get.

Described as a “medieval cemetery management sim,” it sees you running a graveyard operation that eventually expands into other optional fields.

You can stick to burying bodies in the ground, or start cashing in on all that extra meat by selling remains to the local butcher.

This can lead to moral quandries like “do I invest in quality potion ingredients, or scrounge up whatever I can find and possibly poison the locals?”

Last but not least, Paralives is an upcoming life sim that’s already proving to be a lot more ambitious than any Sims entry before it.

Despite being made by a small team of indie developers, the game is set to include a host of features fans have been requesting from The Sims for years.

Players can manage characters’ daily lives at home as well as in the world at various shops, parks, and workplaces.