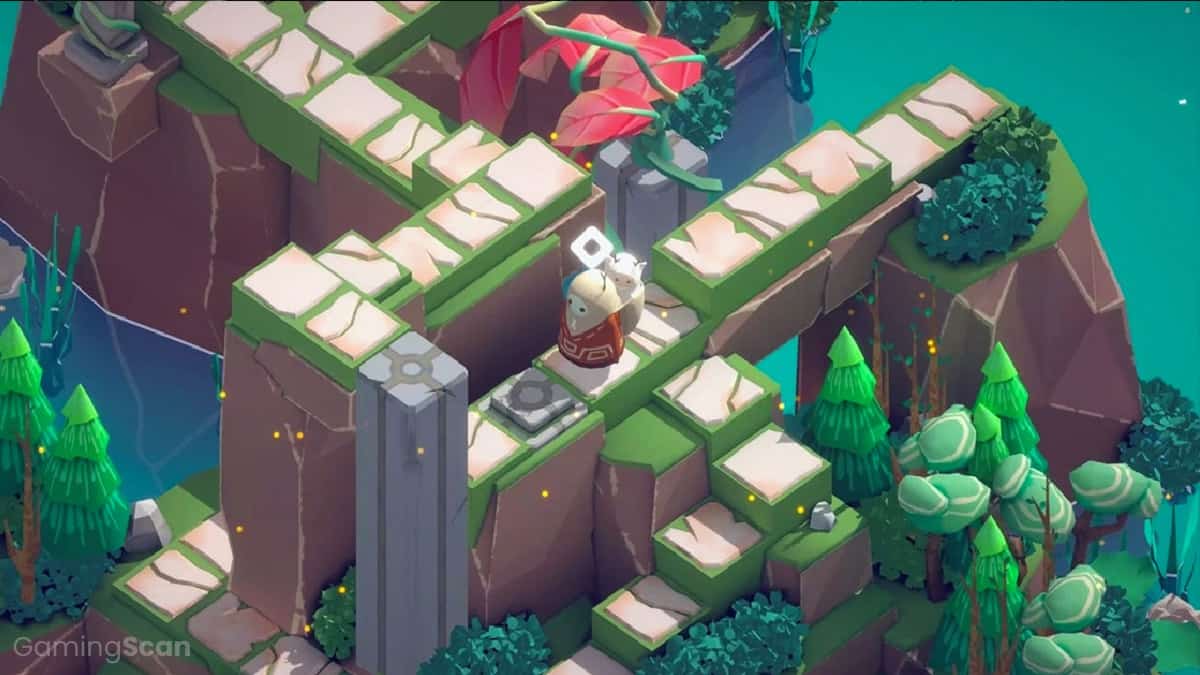 Whether you live in a big city or simply can’t get enough of the great outdoors, the best nature games are perfect for reconnecting with Mother Earth.

The best part about playing nature-themed games is that they come in all shapes and sizes, giving you a practically endless number of titles to choose from.

In this list, we’ll showcase the best nature games on Steam, PlayStation, Xbox, and Nintendo Switch that let you tap into your surroundings and explore atmospheric settings.

We encourage you to check back in the future for new nature-themed games!

Kicking things off, we’re highlighting Garden Galaxy, a casual and relaxing idle game with a gardening twist that comes courtesy of Anneka Tran.

In it, you get the pleasure of building and arranging your own personalized garden using random objects pulled from a wide pool of nature-inspired decorations.

The game lets you earn coins to spend on new plants and furniture and there are special items you can use to increase your chances of finding rare drops or attracting visitors.

Antivine is a unique nature game that attempts to answer the question “Do plants feel?”

This is achieved through a series of casual puzzles with an emotional story centering on a young village boy and a girl who’s lost her memory.

Throughout their adventure, you’ll travel across captivating environments packed with tons of small details that relate to the game’s compelling narrative.

Next up on our list of the best nature games is Wavetale, an action-adventure platformer about surfing across a vibrant open sea.

In this game, you assume control of Sigrid, a young girl who gains the ability to walk on water and sets out to explore a submerged city to unlock secrets of the past.

Along the way, Sigrid meets a diverse cast of characters who each share a unique connection to the world.

Gibbon: Beyond the Trees

Rather than surfing on water, what if you could swing through a lush and tropical jungle?

That’s the basic premise of Gibbon: Beyond the Trees, a hand-drawn adventure that tells the touching story of a group of gibbons trying to survive amid an encroaching human threat.

This plays out across a series of 2D platforming levels with gorgeous visuals and satisfyingly fluid tree-swinging traversal.

Serving as the debut from studio Ember Lab, a new indie developer with a background in animation, Kena: Bridge of Spirits is an action-adventure game with deep ties to nature.

The story focuses on the titular Kena, a young spirit guide tasked with helping the deceased move on to the afterlife.

As such, most of Kena’s abilities, weapons, and allies tie back into nature in some form, including a magical staff, bow, and cute spirit companions that aid her in battle.

If you enjoy solving puzzles while soaking up nature, then Strange Horticulture just might be the perfect game for you.

In it, you play as the proprietor of a local plant store who dabbles in the occult to discover increasingly potent flora.

While most of the experience is tied to expanding an ever-growing collection of herbs, you’ll find plenty of narrative twists and mysteries to unravel as well.

Switching gears, Len’s Island is an impressively built open-world survival game about carving out a new life on a beautiful island overrun with nature.

During your adventure, you’ll get the chance to explore dark and dreary caves, hike along dense forests, and learn to live off the land.

This includes maintaining your own farm and gathering natural resources to build houses, weapons, and tools to aid you in survival.

Another survival game that wholeheartedly leans into its naturalistic setting is The Long Dark out of Hinterland Studio.

Best known for its brutal and unforgiving realism, this game tasks you with navigating a harsh yet beautiful frozen wilderness in the wake of a natural disaster.

In addition to nature, the game tackles themes such as isolation and despair as your character is forced to use every resource at their disposal to stay alive.

Set during one especially hot 1989 summer, Firewatch is a critically-acclaimed walking sim adventure about a fire lookout navigating the peaceful Wyoming wilderness.

Assuming control of Henry, you begin fulfilling your role before stumbling upon a tantalizing mystery that leads to more and more questions.

Guided by your supervisor Delilah via handheld radio, you set off to explore the surrounding forest while solving puzzles, navigating tricky terrain, and overcoming Henry’s greatest fears.

As its title suggests, A Short Hike invites you along for a brief yet memorable adventure across the mountainous landscapes of Hawk Peak Provincial Park.

Playing as Claire, you’ll hike, climb, and soar across vibrant lo-fi environments collecting treasure and speaking to other hikers with exciting stories and insight into the park’s history.

This makes for a relaxing adventure teeming with nostalgia and enough open-ended exploration to satisfy any appetite.

Ori and the Blind Forest

Ori and the Blind Forest and its sequel, Will of the Wisps, do a fine job of immersing players in stunning environments with breathtaking visuals.

In it, you take on the role of a guardian spirit tasked with protecting woodland creatures from danger using magical powers.

Best described as action-platformer Metroidvanias, these games can be quite challenging but are more than worth it for the story and atmosphere alone.

Our next pick for the best nature games is Haven Park, an indie adventure game about a cute duck named Flint’s journey to keep his grandma’s nature park up and running.

To be successful, you’ll have to provide potential campers with the right amenities as well as nice furniture and decorations based on their requests.

Doing so allows you to meet even more quirky characters and unlock new parts of the world to add to your family’s legacy.

If you’re the type of person who enjoys getting in touch with underwater nature, Subnautica is not to be missed.

Best described as an open-world survival crafting game, it sees your character crash-landing on an alien planet completely submerged in water.

Pressed for food and oxygen, you’ll have to explore your surroundings for resources while in the company of both friendly and not-so-friendly sea creatures.

Another underwater adventure rooted in nature, ABZU sees you getting up close and personal with majestic animals tucked away beneath the ocean’s surface.

The game is played from the perspective of a scuba diver who mysteriously awakens underwater before heading even deeper to discover remnants of an ancient civilization.

From there on, you’ll find yourself immersed in tranquil environments solving puzzles and letting various sea creatures guide you using sonar-like abilities.

Coming back up to the surface, Stardew Valley is a farming game with life-sim elements that make for an addictive and satisfying combination.

The game’s setup sees you leaving your humdrum city life in search of a fresh start on your late grandfather’s farm, which has seen better days.

To bring it back to life, you’ll have to tend to the land, harvest crops, and raise animals while setting aside time to engage the community. 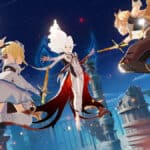