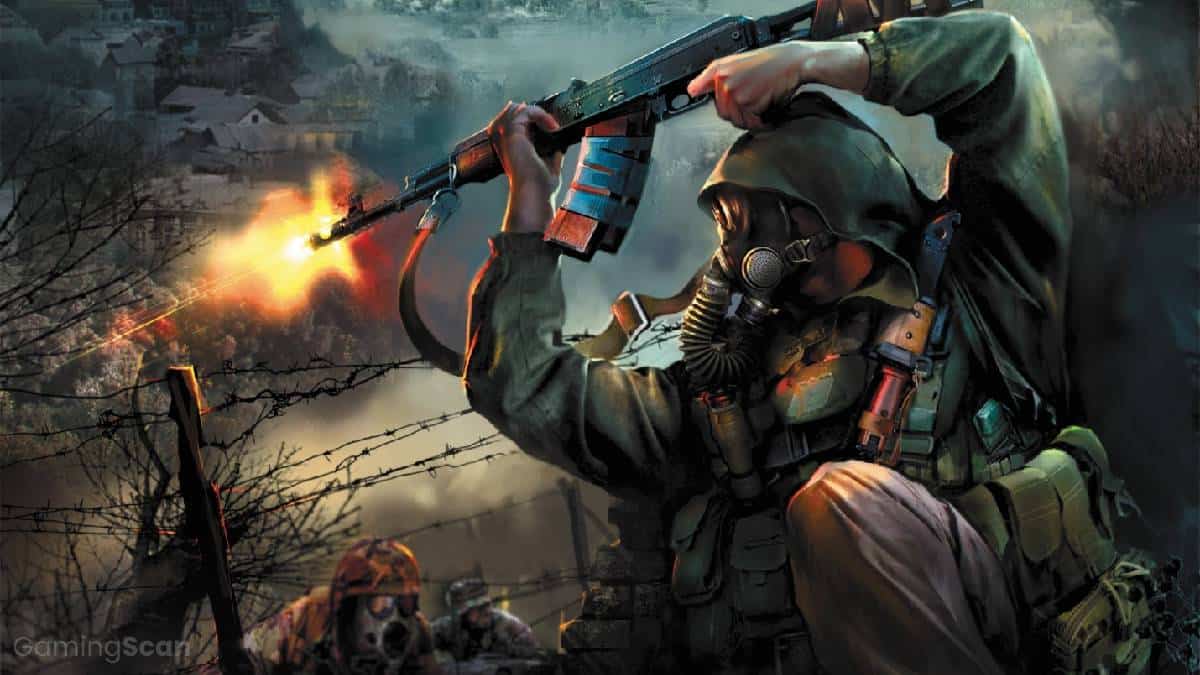 S.T.A.L.K.E.R.: Shadow of Chernobyl didn’t take long to amass a cult following after its debut in 2007 and even with two sequels and myriad mods, there’s just never enough S.T.A.L.K.E.R.

Fortunately, to the delight of many hardcore fans, S.T.A.L.K.E.R. 2 has been confirmed and is expected to drop in 2021 at the earliest.

Right now, we still don’t have much info about the highly-anticipated sequel, and it’s still at least a year away, so if you’re looking for some games that are similar to the 2007 classic, we’re here to offer some suggestions.

First and foremost, Metro 2033 takes place in a post-apocalyptic wasteland in Russia, so it’s a great match in the aesthetics department. However, unlike S.T.A.L.K.E.R., most of Metro’s environments are either underground tunnels or ruined urban neighborhoods of Moscow.

More importantly, the level design is much more linear than the large open levels of the S.T.A.L.K.E.R. games.

Still, Metro 2033 has great atmosphere and nails the survival horror vibe, so S.T.A.L.K.E.R. fans are bound to feel right at home. Apart from the first game, there’s also Metro Last Light and Metro Exodus, which take a bit of a different approach compared to the original.

Last Light, while a good game in its own right, it’s much more fast-paced and packed with more flashy action sequences than its slower, more atmospheric predecessor. The same can be said for Exodus, though it also features levels that are larger, more open, and more varied, so it does feel closer to S.T.A.L.K.E.R. in that respect.

In any case, Metro is sure to be among the first franchises to come up whenever we’re talking about S.T.A.L.K.E.R.-like games. The aesthetic and thematic similarities are evident for all to see, though the first game, Metro 2033, is probably the best of the bunch, due to its excellent atmosphere and slower pace. 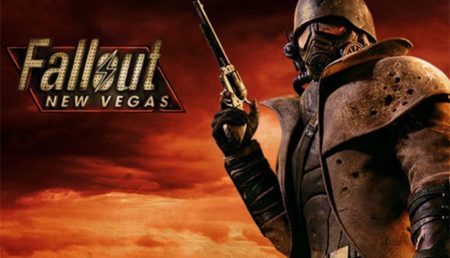 It’s impossible to talk about post-apocalyptic games without mentioning Fallout, and if you’re looking for a game similar to S.T.A.L.K.E.R., then Fallout: New Vegas just might be the game for you.

Now, New Vegas is often praised as the best Fallout game released to date, mainly due to its superbly-written story and characters. From a narrative standpoint, it’s an extremely memorable experience, and from a gameplay standpoint, it has more depth than S.T.A.L.K.E.R.

Obviously, New Vegas is a full-fledged action RPG, rather than an FPS with some RPG elements like S.T.A.L.K.E.R. The NPC interactions are voiced, the characters are more memorable, and there are important choices to make, all the while gameplay mechanics include both melee and ranged weapons, along with various perks that affect your playstyle.

Moreover, it features character customization, a crafting system, and a better reputation system compared to those found in S.T.A.L.K.E.R. games.

All in all, considering the setting, it’s plainly obvious as to why we’d recommend New Vegas to a S.T.A.L.K.E.R. fan. However, Fallout is not quite as bleak as S.T.A.L.K.E.R., and it plays differently, seeing as it’s an RPG, but rest assured – if the atmosphere and exploration aspects are main reasons why you like S.T.A.L.K.E.R., you’ll have a good time with New Vegas. 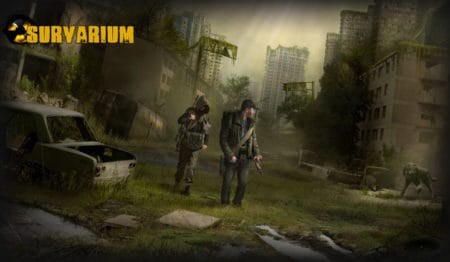 Following the initial cancellation of S.T.A.L.K.E.R. 2, some GSC employees went on to found Vostok Games and develop Survarium, a free-to-play online shooter heavily inspired by S.T.A.L.K.E.R.

Survarium entered Early Access on Steam in 2015, so as you might expect, it’s still a work in progress. Being an online shooter, it features both PvP and cooperative PvE play, the latter being a more recent addition that wasn’t available at launch.

All in all, with its focus on survival and with its decidedly S.T.A.L.K.E.R.-esque design, Survarium will definitely look appealing to S.T.A.L.K.E.R. fans. However, the game has received very mixed reviews from players on Steam.

That, combined with the fact that it’s still a work in progress, means that Survarium won’t be for everyone, at least not at this development stage. But it is a free game, so you can always download it and give it a try yourself! 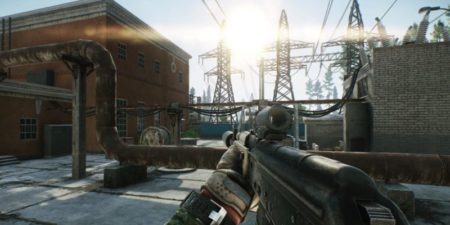 Escape From Tarkov is a new-ish game that is, much like Survarium, an online shooter that is still in development. The game features a bleak atmosphere and RPG elements, both of which are very reminiscent of S.T.A.L.K.E.R. However, there are no supernatural elements involved, and the game only features multiplayer for the time being.

Seeing as it is still not yet a finished product, Escape From Tarkov is a bit rough around the edges, but there is a ton more content to be introduced in the future, including a story mode.

The lack of anomalies and mutants makes it different from S.T.A.L.K.E.R., but there’s no denying the atmosphere is still there, and the game is shaping up to be a very engaging PvP experience at the moment. 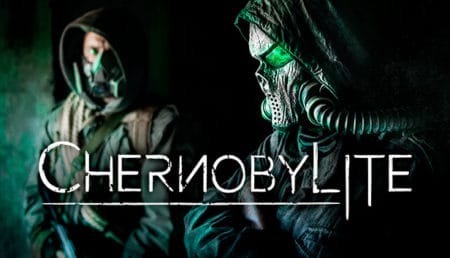 Yet another Early Access game, Chernobylite is obviously heavily inspired by S.T.A.L.K.E.R.. However, it tones down the action and places a greater accent on the story, atmosphere, exploration, and survival horror elements.

However, Chernobylite is still in development, and the biggest problem with it seems to be that it’s trying to bite off more than it can chew. At the moment, the game feels like a somewhat chaotic amalgamation of genres, as the developers haven’t yet found a proper balance between its survival horror, crafting, narrative, and action elements.

As such, we’d say tread carefully if you’re thinking about buying Chernobylite, but keep in mind that it has a lot of potential to become one of the best S.T.A.L.K.E.R.-like games ever made. 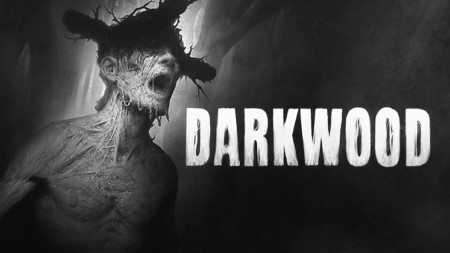 Darkwood is a top-down survival horror game, so it doesn’t exactly scream “S.T.A.L.K.E.R.” at first glance, but many who have played it can confirm just how much of a S.T.A.L.K.E.R. vibe it includes.

In short, Darkwood is a masterfully executed survival horror with excellent presentation, art style, story delivery, and environment design. It’s vague and evocative, but it leaves a lasting impression.

And while there is less gunplay than in S.T.A.L.K.E.R., you can rest assured that Darkwood will keep you on your toes, regardless of whether you’re exploring new locations or defending your hideout from unwanted guests night.

So, all in all, as you can see, there really aren’t that many games that can compare to S.T.A.L.K.E.R.

Some of them come close, but if you want S.T.A.L.K.E.R., you’re pretty much still stuck with the three existing S.T.A.L.E.R. games and their many mods, at least until S.T.A.L.K.E.R. 2 comes out next year (hopefully).

We keep this list up-to-date so make sure to tune in now and then to stay in the know. 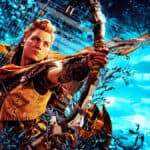