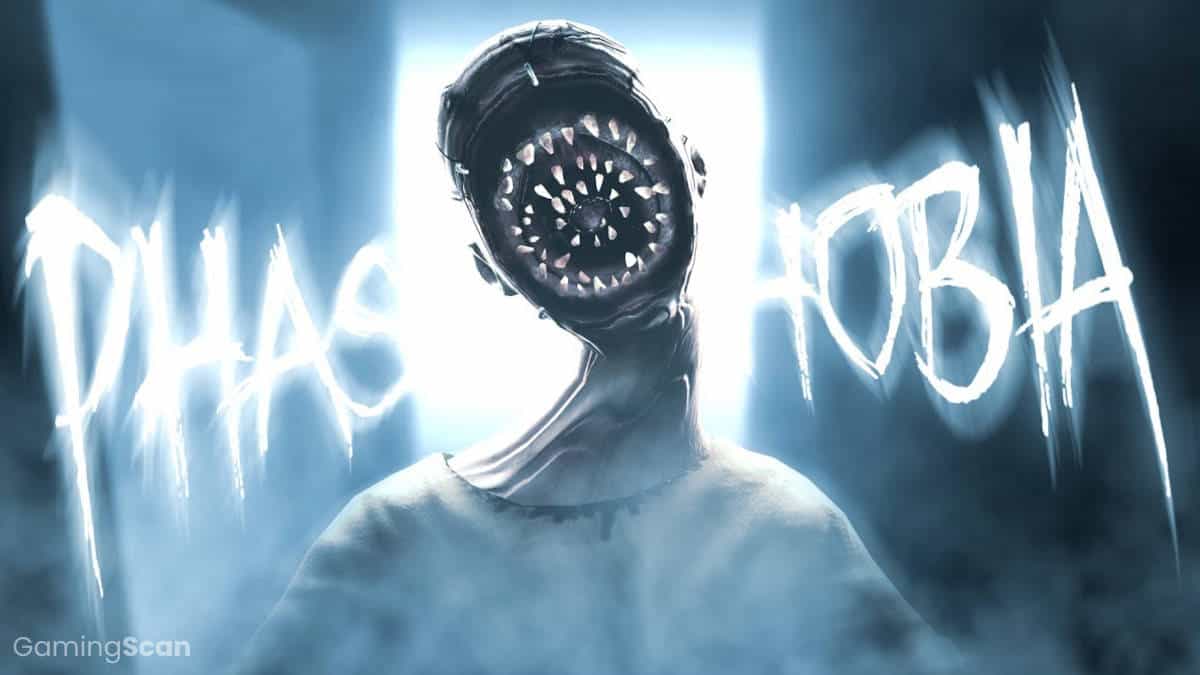 Phasmophobia is the latest horror game internet sensation to benefit from online co-op that lets you and your friends take on the role of ghost detectives.

While it features an extensive number of ghost types and equipment to master, there are other games like Phasmophobia that offer similar gameplay and support online co-op.

We’ll be updating this list in the future with new titles, so make sure to check back and let us know if we missed any of your favorite games similar to Phasmophobia!

If you and your crew are tired of sleuthing out supernatural entities, you could always take more violent measures in a game like Back 4 Blood, the latest Left 4 Dead-inspired co-op zombie shooter.

In it, up to four players enter a bloody battle with once-human hosts of a deadly parasite known as the Ridden that has turned the population into terrifying creatures.

Along with standard zombie mobs, the game features a host of enemy types and bosses with unique attacks and behaviors you’ll have to overcome.

There are also various weapons, including guns and melee, to obtain throughout a highly replayable four-act story campaign.

For a supernatural horror game like Phasmophobia, Ghost Hunters Corp is a worthy alternative with a similar gameplay loop and spooky atmosphere.

You and your team take on the role of ghost hunters tasked with sending evil paranormal entities back to the afterlife by performing exorcisms at haunted castles, mansions, and abandoned houses.

Reminiscent of Phasmophobia’s ghost-hunting equipment, you have various devices at your disposal, including an EMF K2 detector, frequency analyzer, threat detector, surveillance cameras, and more.

Once you’ve identified the spirit, you can go forward and perform an exorcism using tools such as the Neutron-Gun, holy water, incense, and Tiger Eye stone.

Forewarned is another co-op-driven survival horror game that sees up to four players gearing up before delving into ancient Egyptian ruins to investigate some strange phenomenon.

The main goal of the game is to uncover archaeological discoveries, hunt treasure, and unravel a mysterious curse while avoiding danger.

Your biggest obstacle down in the tombs is the Mejai, a group of cursed mummies with unique abilities that allow them to be identified and cleansed while in their spiritual form.

Like Phasmophobia, the game uses randomization to ensure no two runs are the same and features a loot system that lets you upgrade equipment and purchase more powerful tools.

If you’re a fan of co-op horror games, then there’s a good chance you’ve already heard of Devour, a survival game in which 1-4 players work together to bring down a possessed cult leader named Anna.

Gameplay revolves around running and hiding while searching each map for locked doors and key items such as gasoline, a fire pit, and goats that can be sacrificed to exorcise the demon inside Anna’s body.

Devour features proximity voice chat, a server for browsing different games, and an option Nightmare mode that raises the stakes with increased difficulty.

Alternatively, if you’ve already conquered ghosts, demons, and mummies, why not take a crack at hunting Bigfoot with friends?

In this game, you and your team can work together to put an end to all the rumors and bring down the elusive Sasquatch once and for all.

You’ll arm yourself with a host of surveillance equipment and weapons including cameras, motion detectors, and firearms to increase your chances of survival in the dark American wilderness.

The game includes two modes: one with an AI-controlled Bigfoot and another where one player in your party takes on the role and stalks your team.

Speaking of playing as the monster, Dead by Daylight is an online survival horror game where four players must work together to escape from a deadly killer controlled by a fifth player.

The survivors’ main goal is to make it out of the map alive by completing specific tasks, namely repairing power generators that allow access to an escape hatch.

At the same time, the killer can roam the map listening and looking for any signs of nearby survivors while harnessing special abilities to catch their next victim.

It all makes for a heart-pounding survival game that greatly benefits from a wide selection of playable characters and cross-play support.

Currently available for PC with a mobile port on the horizon, Piggy: Hunt is a fast-paced survival horror game based on the popular Roblox series Piggy.

In it, a team of survivors must try to escape the wrath of a deadly swine called the Infected by completing tasks, solving puzzles, and gathering tools throughout procedurally generated levels.

At the same time, the Infected’s job is to track the players’ movements, place traps, and ultimately kill the survivors before they make their grand escape.

Lunch Lady is an online co-op survival horror game for 1-4 players that takes place inside a creepy school with an even creepier cafeteria worker.

With final exams coming up, you and your friends decide to steal the test answers by gathering all ten pages before the school’s murderous lunch lady can catch you.

As you roam the halls looking for answers, the Lunch Lady will actively try to hunt you down, becoming increasingly faster, stronger, and unpredictable with every second that passes.

Scattered keys and medkits can be used to unlock rooms and recover health while proximity voice chat allows you to communicate with your teammates or stand by and listen to their blood-curdling screams.

One of your other options for Phasmophobia-style detective horror is Haunt Chaser, a 4-player co-op game that has you using ghost hunting equipment to banish evil from haunted locations.

The Chasers’ goal is to free the spirits trapped inside an abandoned orphanage while said evil follows them every step of the way.

Like Phasmophobia, every session features randomized spawns and secrets that can help or hinder the banishing process should the spirit catch you unarmed.

Furthermore, the key to survival is finding and holding onto any devices that can keep the enemy at bay as well as staying close to your teammates as much as possible.

What could be more terrifying than ghosts, demons, mummies, and zombies? Hedge mazes.

In Labyrinthine, you and up to three friends embark on a creepy cooperative journey following in the footsteps of Joan, a fairground worker who mysteriously vanished inside an abandoned hedge maze.

Like Phasmophobia, each run drops you in a procedurally generated level with various puzzles to solve and items to collect as well as horrific entities that will give chase.

Throughout each level, you can also find cosmetics for your character and level up to unlock new monster types and maps to explore.

The Blackout Club is a first-person co-op horror game centered on a group of teenagers investigating a secret lurking beneath the surface of their small town that’s been causing everyone to sleepwalk.

Armed with tools such as drones, noisemakers, and grappling hooks, the teens set out to uncover the truth by gathering evidence while outsmarting mind-controlled sleepwalking zombies.

Similar to Phasmophobia, the game uses procedural elements to alter the location of mission objectives, enemies, loot, and more to ensure every run feels distinct.

Every challenge can be solved in a number of ways depending on how you and your friends combine characters’ different abilities and items while avoiding an unseen threat.

Another popular horror title with online co-op is Pacify, in which you and your friends join a paranormal investigation company assigned to sleuth out evil spirits from within various locations.

There are three separate missions with three accompanying monsters to tackle throughout unique environments and mission objectives that require teamwork and communication.

Working together gives you the greatest shot at gathering every key, note, doll, piece of wood, and match needed to defeat the spirit and escape.

Over time, the ghost will become smarter, faster, and overall more aggressive, forcing you to act quickly but also quietly if you have any hope of making it out alive.

Sometimes spooky games can have the unintended effect of making you laugh rather than scream due to poorly animated monsters, objects clipping through the environment, or any number of glitches.

While this is definitely true of Phasmophobia, it also applies to many of the games on this list, including our next recommendation Hand Harry’s Haunted House Services.

Toeing the line between horror and comedy, this online multiplayer haunt ‘em up has you and a team of friends exploring randomly generated levels as repairmen.

You’ll go from room to room fixing broken floorboards, fuse boxes, leaky pipes, and whatever else the job calls for while an ever-present ghost stalks your every move.

Any Hello Neighbor fan owes it to themselves to check out Secret Neighbor, a multiplayer spin-off of the hit survival horror series in which a group of kids tries to sneak into their creepy neighbor’s home.

The goal is to reach the Neighbor’s basement where children are supposedly being held captive, though to do so they’ll first have to collect keys scattered throughout the house.

The twist is that one of the six kids is secretly the Neighbor wearing a disguise as they try to prevent the group from getting to the basement by sabotaging the mission or eliminating players one by one.

Secret Neighbor features different character classes that introduce unique abilities as well as various traps and tools to swing the odds in either side’s favor. 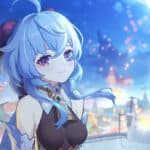