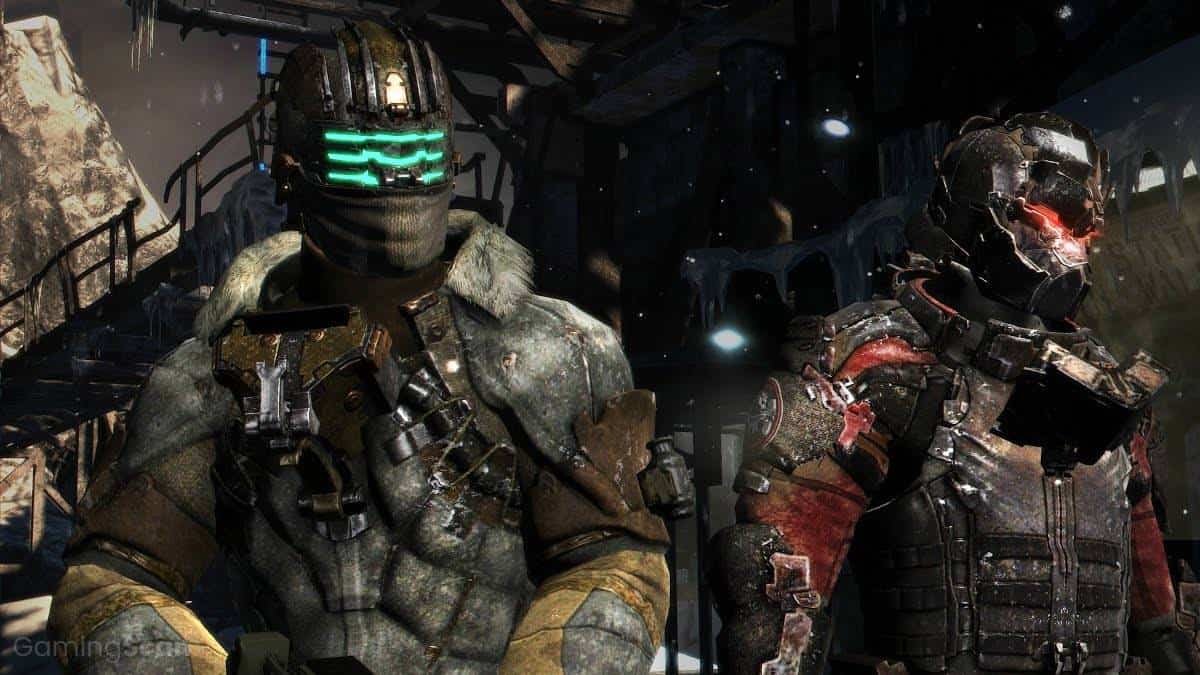 Dead Space is an interesting franchise that, for better or worse, consists only of three main games, plus three spin-off titles.

The original is a horror classic that was heavily inspired by Resident Evil 4, and the series as a whole developed in a somewhat similar manner. It started as slower-paced survival horror only to slide to a more marketable action-oriented approach in the later installments.

In this list, we will be providing a brief overview of all Dead Space games released so far.

In the first section, we have the three main games – Dead Space, Dead Space 2, and Dead Space 3. Despite what you might think, all three games are very different from one another, although they all came out within a 5-year window from 2008 to 2013.

The first Dead Space game is one of the real horror gems of gaming and is a definite must-play for horror fans, as it does almost everything right.

The game features a masterful blend of gore, body horror, and cosmic horror elements, all of which come together to deliver a very distinct and memorable gaming experience.

Dead Space takes place on a derelict mining spaceship known as the USG Ishimura. It does a great job of pulling you in with claustrophobic environments, superb sound design, grotesque enemies, and a HUD that is cleverly implemented into the protagonist’s suit, which significantly helps with immersion.

Something that stood out about Dead Space is the fact that it lacks conventional weapons that we were used to seeing in games like this. Apart from an assault rifle, Isaac has a range of industrial mining tools at his disposal that he can use to dismember enemies.

This is yet another highlight of the game: the player needs to strategically dismember necromorphs to stop them, using appropriate “tools” to solve different types of undead “problems.”

The game is played from a third-person perspective, using an OTS camera just like Resident Evil 4. Apart from that, there are other obvious RE influences in Dead Space, such as the way the controls are, the inventory and supply management, and some narrative themes, among other things.

However, while Resident Evil 4 has many over-the-top cheesy moments, Dead Space took itself way more seriously, and it has some highly disturbing and harrowing moments.

Ultimately, Dead Space received excellent reviews across the board, and it deserved them.

The game does what it set out to do, and it does it incredibly well. Sure, there might be some tedious and clunky elements, and the game could get a bit repetitive after a while. Yet, as a whole, Dead Space is an essential gaming experience for horror fans.

The success of the first game meant that a sequel was inevitable, and so Dead Space 2 dropped just over two years later.

However, it was evident that Dead Space 2 was trying to reach a wider audience, as it was a more fast-paced game that put action before atmosphere and survival horror.

But that is not to say that it’s a bad game, quite the contrary. Dead Space 2 is still a great game through and through. It’s just that it took a different direction.

The game includes a selection of new weapons, and it takes place on a populated space station known as the Sprawl, and this new setting allows for environments much more exciting and diverse than the oppressive claustrophobia of the USG Ishimura that could get stale at times.

Don’t think that Dead Space 2 turned down the shock factor. It features some sequences and enemies that easily outdo the original in the brutality department. As such, it still feels like Dead Space, even though it’s not as slow and tense for most of the campaign.

All in all, Dead Space 2 was a very competent sequel that expanded upon the gameplay mechanics of the original in several meaningful ways, all the while pushing the story in an exciting direction.

True, it may have a very different feel compared to its predecessor, but as far as we’re concerned, it is just as good as the first Dead Space – maybe even better, depending on your preferences. 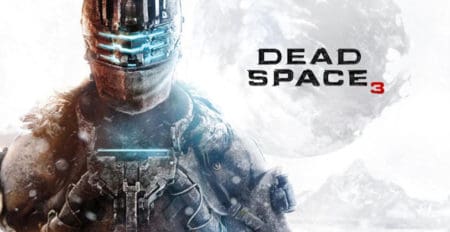 And then it all fell apart like a necromorph hit by a Handheld Graviton Accelerator. When Dead Space 3 came out, it was met with disappointment among the series’ fans, and for several valid reasons.

For one, Dead Space 3 was going towards a full-on flashy action movie approach, making the game feel more like a Dead Space skin slapped onto a generic TPS game with space zombies rather than an authentic Dead Space experience.

Dead Space 3 saw the introduction of a cover system, human enemies, a co-op mode, all the while it severely toned down the gore and the horror aspect of the game.

On top of that, the story felt bland and uninspired compared to the first two titles, something that ends up undermining the climax, which would have worked remarkably well if only the third game hadn’t gone so hard off the rails.

Granted, Dead Space 3 is not entirely without merit. It featured an exciting new weapon customization system, and it can be reasonably fun if we look at it merely like a regular co-op action game rather than a Dead Space game.

Unfortunately, poor sales led to the series being put on ice, and the studio, Visceral Games, got shut down in 2017, leaving the future of the franchise in limbo.

As to whether you should play the third game, it’s entirely up to you. You might enjoy it, but if you’re looking for more of what the first two games had to offer, you won’t find it in Dead Space 3.

Now, we get to the three spin-off Dead Space titles, all three of which are quite distinct though none ended up being as popular as the main series. 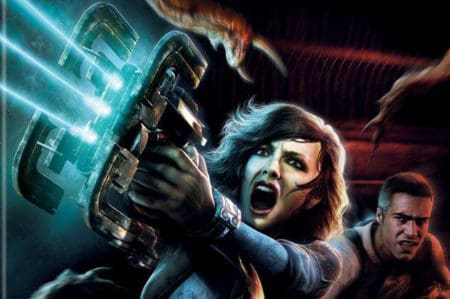 Dead Space: Extraction is a prequel to the original Dead Space, and it is a rail shooter developed primarily for the Wii.

Being a Wii title, it’s evident that the game made thorough use of motion controls, and it was met with positive reviews upon release. However, as good as it was, it was still a rail shooter initially confined to the Wii, so it sadly ended up not being very popular. 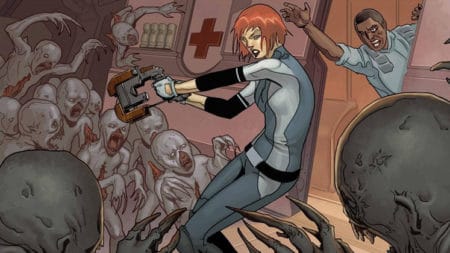 Ignition takes place during the events of Dead Space 2, although it is a puzzle game rather than an action game. The gameplay revolves entirely around hacking-themed logical puzzles, which is a far cry from what Dead Space is known for.

Overall, the game was criticized for being too simplistic and feeling too much like a set of minigames rather than an actual standalone game tied to a very popular survival horror game filled with action and gore.

And finally, we have the mobile game known as “Dead Space,” which was released back in 2011 for a variety of mobile platforms, including iOS, Android, and BlackBerry devices, as well as Sony’s short-lived Xperia Play phone/handheld console hybrid device.

Now, though we might associate mobile games with generic low-quality cash-grabs today, the 2011 mobile Dead Space game was met with positive reviews, as it did a fantastic job of bringing an authentic Dead Space experience to mobile platforms that relied mainly on limited touchscreen controls.

Sadly, it’s an old game, and it was pulled from both the App Store and the Play Store. If you’re using Android, however, you might be able to get it running by installing an .apk from a third-party site.

And there you have it, all the Dead Space games released so far! While the future of the franchise remains questionable, the series’ creator did express interest in developing a new Dead Space game. As he put it, he would probably ignore all the lore introduced in Dead Space 2 and 3.

Sadly, EA still owns the Dead Space IP, so the chances of a new Dead Space game being made are slim right now. There’s no guarantee that this won’t change in the future, but as things are now, the likelihood of there being a Dead Space 4 or any kind of reboot is low. 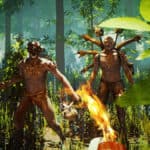