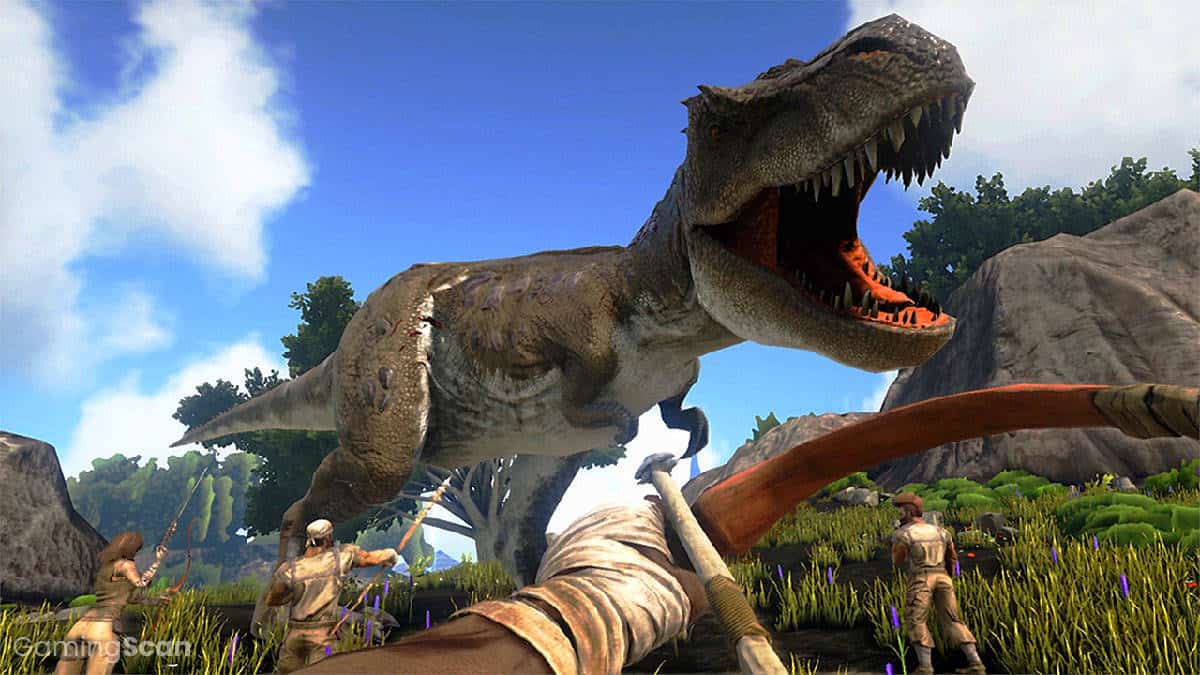 ARK is arguably the most complex open-world survival game on the market and, depending on who you ask, either plays great or terribly bad.

Regardless of where you fall on the game, ARK’s ambitious design cannot be overstated; from a wide selection of crafting materials and building tools to online co-op and monster taming, ARK has it all.

We’ll be updating this list in the future with new titles, so make sure to check back and let us know if we missed any of your favorite games similar to ARK: Survival Evolved!

Whereas most survival games center on a single player’s quest to stay alive in the face of harsh conditions, Eco throws time constraints and human greed into the mix.

The setup is as follows: a meteor is on a collision course with your planet and to survive, you must work with other players to research and create new technologies to save mankind.

However, the catch is trying to do so without destroying the environment along the way as Eco features a sprawling simulated ecosystem inhabited by thousands and plants and animals.

Maintaining balance is a challenge in of itself that, much like ARK, becomes a lot more fun when you’re joined by friends.

In Grounded, you play as the child of a scientist who gets shrunk down to the size of a pebble and must try and survive in the backyard of their suburban home, which is now a massive sandbox.

Along with finding food, water, and shelter, you’ll have to scavenge for resources that can be combined into armor, weapons, tools, and various other pieces of equipment.

Like most survival games, this is done by exploring different parts of the map and battling enemies, particularly a host of bugs and other insects that roam around the backyard.

However, similar to ARK, players can turn bugs into allies and even mounts that can be ridden around the world and brought into battle.

Easily the most popular game on this list, Minecraft provides players with limitless creative tools to make whatever their minds can imagine.

However, outside of the magic of creation mode, Minecraft features a dedicated survival mode that plays out similarly to games like ARK.

Players start on an empty piece of land surrounded by resources as well as enemies who attack at night and can easily overwhelm you if not prepared.

Like ARK, progression is measured by your ability to expand and strengthen your base while exploring the world and crafting new recipes either solo or with friends.

Of course, if you want a game like Minecraft that plays a lot closer to classic ARK, Studio Wildcard and Snail Games have you covered with PixARK.

This survival game mash-up sees you embarking on a blocky adventure to uncover the secrets of a mysterious island inhabited by dinosaurs that can be hunted down or kept as pets.

Additionally, the island is filled with a variety of resources to gather throughout its forests, caves, and underwater biomes where you can also encounter other players.

Where PixARK differs is the ability to reshape the terrain by adding or subtracting blocks and procedurally generated quests that continually offer new challenges.

Despite its comedic undertones, Radiation Island offers a comprehensive survival game experience that still holds up in 2022.

Instead of dinosaurs or extreme temperatures, the game puts radiation at the top of players’ list of obstacles to deal with, requiring you to stock up on gas masks and other supplies.

Just like ARK, Radiation Island’s map is composed of different environments inhabited by a host of enemies ranging from wolves and bears to mountain lions, crocodiles, and even zombies.

The game features a full day-night cycle, the ability to craft vehicles, and hidden treasure chests scattered throughout its world.

If you enjoy the PvP aspects of playing ARK, then SCUM’s brutal reality show setup where the world’s toughest criminals throw down on a remote island will likely pique your interest.

In it, you and several other players battle to be the last man standing as you overcome a host of dangers such as mutated animals, deadly machines, and rogue military operatives.

Unique to SCUM is its metabolism system in which your character’s health and overall performance depend on the macronutrients, vitamins, and minerals you consume by eating.

This close attention to detail bleeds over to SCUM’s combat, with bullets and other projectiles taking into consideration things like wind, gravity, and distance.

Based on the mythology of Conan the Barbarian, Conan Exiles is an open-world survival game that incorporates many of the same game mechanics as ARK: Survival Evolved.

This includes managing your character’s health, food, and water consumption in addition to crafting and equipping them with clothing, tools, and weapons.

The game’s fantasy-inspired setting sees you facing off against not only dinosaurs but also dragons and otherworldly monsters that require a great deal of preparation to bring down.

Like SCUM, there’s a close attention to detail regarding your character’s identity, with Conan Exiles featuring a robust character creator, religious belief system, and level-based progression.

The Forest is a survival game with a deceptively simple setup in which you play as the seemingly sole survivor of a plane crash as he looks for his missing child in a strange wooded area.

However, things quickly ramp up as mutated creatures, mysterious wooden structures, and other weird objects start to cross your path.

From a gameplay perspective, it has a lot of similarities with ARK: Survival in that the main focus is building shelter, creating makeshift weapons, and gathering resources from the wilderness.

Additionally, both games allow you to play with friends via online multiplayer, which can help reduce the grind and generally makes things more fun.

Often brought up alongside The Forest is Green Hell, another standout title in the survival genre that drops players in a lush rainforest teeming with danger.

Instead of massive dinosaurs, players are forced to contend with their just as deadly reptilian cousins, the crocodile, along with aggressive native tribes.

To stay alive, you’ll have to craft weapons and construct shelter from the surrounding resources while hunting for your next meal and trying to maintain your sanity.

Much like ARK, Green Hell encourages you to take risks and explore your surroundings by rewarding you with extra materials, upgrades, and bits of lore that elaborate on the story.

Next up we have 7 Days to Die, a zombie survival horror game that originally released in Steam Early Access in 2013 and has been worked on ever since by developer The Fun Pimps.

While returning players may find little to no new content to chew on, anyone fresh from ARK: Survival will have a ton of fun exploring everything 7 Days has to offer.

The gameplay is similar to ARK in that it combines elements of sandbox survival, tower defense, and RPG-based progression with an emphasis on crafting tools and building bases.

It also features an online PvP component, though the main source of combat comes from dealing with zombie hordes that become increasingly harder as you progress.

Don’t let Astroneer’s cute and colorful visuals fool you; this is an extensive survival game that’s constantly introducing new challenges every step of the way.

In it, you play as a synthetic organism tasked with creating and exploring new worlds to squeeze every inch of natural resources you can for your corporate bosses.

This mostly boils down to designing, building, and automating bases that will process raw materials while generating power and oxygen for you and your various stations.

Similar to ARK’s different biomes, each planet you travel to introduces a new set of problems to solve, most commonly rough terrain you’ll have to terraform or craft vehicles to get around more easily.

No Man’s Sky has come a long way since its controversial launch, largely thanks to the ongoing effort from developer Hello Games to make good on its promise.

In this space-faring survival game, you’re tasked with traveling to different planets with unique ecosystems and harvesting their resources to get to the center of the galaxy.

Similar to ARK, the game focuses on crafting and base-building, with players able to construct both ground and aerial vehicles for easier navigation.

It also features online co-op that benefits from an open-ended quest structure that lets you and your friends focus on the activities you enjoy most.

Instead of exploring a huge island overrun with dinosaurs, Raft drops players in a never-ending ocean where they’ll have to deal with powerful currents and a deadly shark.

Your vessel starts out small, consisting of just a few planks of wood that can be expanded by using a metal hook tool to reel in junk and other debris floating in the water.

The game gives you the freedom to set your own goals and combine different materials to create a variety of furniture, tools, weapons, and power sources for your character and raft.

This results in a satisfying loop where players are constantly going back and forth between expanding their base, collecting resources, and striking the shark before it causes trouble.

Another survival game that takes place primarily in water, Subnautica has won several awards and garnered a passionate following for its contributions to the genre.

In it, you take on the role of a survivor whose spaceship crashlands on an alien planet shrouded entirely in water and must try to stay alive while looking for a way out.

After establishing an underwater research base, you’ll get to work exploring the depths for crafting materials as well as your next meal before jettisoning to the surface for some air.

Similar to ARK, Subnautica’s world is largely unknown and inhabited by a host of menacing sea creatures that range from friendly to “avoid at all costs.”

Rust is another sandbox survival game that mirrors many of the same hardcore mechanics as ARK: Survival while placing a greater emphasis on PvP.

In it, players spawn into an unforgiving open world as vulnerable “nakeds,” with nothing but a sad rock to their name.

From there, it’s a never-ending battle to scavenge resources, rob enemy players, and hoard your wealth until a formidable opponent comes along.

Like ARK, players must monitor their health, hunger, thirst, and temperature as well as keep an eye out for supply drops in the form of weapons, vehicles, attack helicopters, and more. 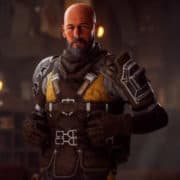