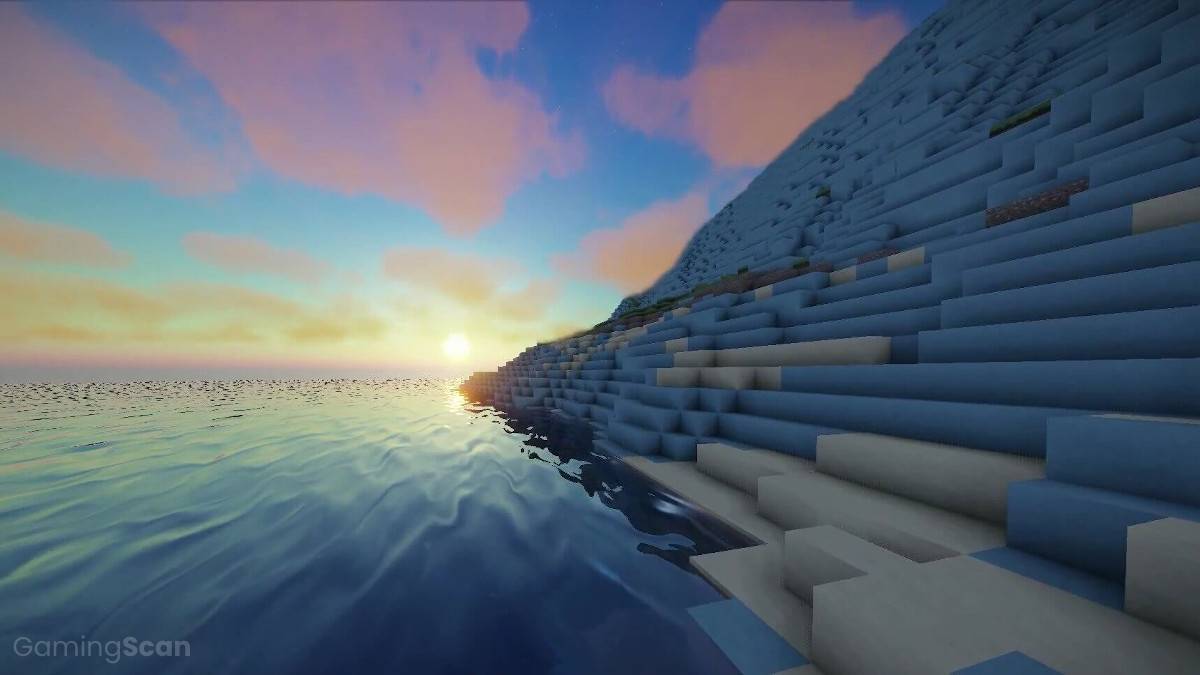 Minecraft has come a long way since its official release in 2011, having benefited from numerous expansions and updates.

However, one area that continues to feel neglected by Mojang is the game’s graphics, which have pretty much stayed the same for the last decade. Thankfully, the Minecraft modding community has picked up the slack and created a wide selection of the best Minecraft shaders tailored for different purposes.

Whether you’re looking to optimize performance, improve picture quality, or just give your game an exciting new aesthetic, shaders can drastically affect your gameplay experience.

Here, we’ll be highlighting the best Minecraft Shaders to enhance your game before setting out on new adventures. Most of these shaders are compatible with Minecraft 1.14 and higher while also supporting older versions. 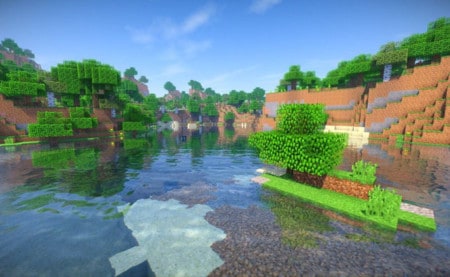 How To Install Minecraft Shaders

Before you can install shaders in Minecraft, you’ll first have to download and install a mod manager, which will make the entire process a lot easier. This tool will automatically check to see if the mods you’re trying to use are compatible with each other.

While Forge is generally the go-to mod manager, MultiMC is an excellent open-source alternative that also gives you the power to run multiple instances of Minecraft at the same time.

In addition to a mod manager, you’re going to want to install Optifine if you haven’t already. This program will remarkably enhance Minecraft‘s visuals and performance as well as let you alter your frames per second (FPS), reduce lag, and make graphical changes on a micro level. Just make sure to install the version matching that of your game, which by now should be 1.14 or 1.15.

Last but not least, remember to enable Java to run on both Optifine and your mod manager of choice. Once that’s done, you’re ready to start browsing for Minecraft shaders.

Where To Find Minecraft Shaders

There are plenty of ways to go about researching Minecraft shaders, whether it be visiting individual modder sites, asking the community on r/Minecraft and Minecraft forums, or watching shader demonstration videos on YouTube like the one above. The following sites are also great for perusing new and popular Minecraft shaders: 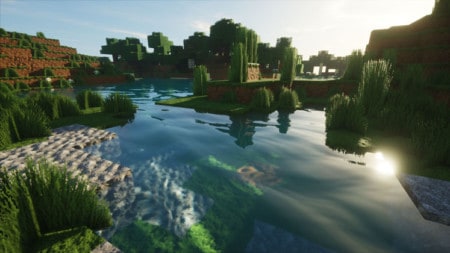 Since most shaders could be quite taxing on your PC, it’s important to know your gaming rig’s limitations. While a couple of these shaders are designed specifically for low-end ‘potato’ laptops and PCs, a majority will require you to have a mid to high-end graphics card (GPU). That being said, here are the best Minecraft shaders available in 2023. 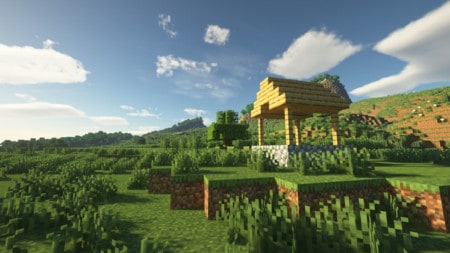 Sonic Ether’s Unbelievable Shaders (SEUS) has been around since the early 2010s and continues to be regarded as the most reliable high-end option for Minecraft players looking to get the most out of their shaders. More specifically, SEUS excels at adding some realism to the look of your game, touting characteristics like soft natural lighting, atmospheric rain effects, and more. However, this comes at the cost of it being one of the most resource-intensive shaders on this list, depending on the version you install: Renewed, PTGI, or Legacy. 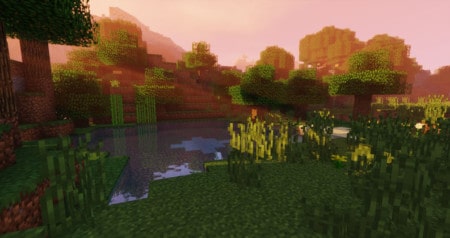 Similar to SEUS, Sildur’s Shaders have been around since Minecraft‘s official 2011 release and are highly regarded within the game’s community. Instead of focusing on realism, Sildur’s Shaders are designed to bring out Minecraft’s colors across three customizable presets: Basic, Enhanced, and Vibrant. It also happens to be a lot more performance-friendly than SEUS, allowing you to add features like light reflections without overwhelming your PC. 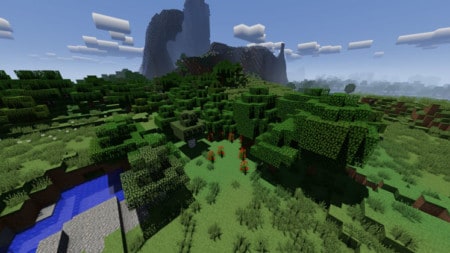 If you’re a fan of the classic Minecraft look but still want to reap the benefits of enhanced color and effects, RRe36’s Vanilla Plus Shaders strike a happy medium between the two. They boost the game’s overall saturation while adding godrays, dynamic shadows, and improved clouds/fog. There are three editions to choose from depending on how close or far you want to stray from vanilla Minecraft: ‘SE,’ ‘CE,’ or the default ‘Vanilla Plus.’ 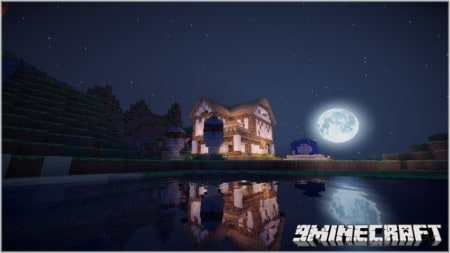 If you’re playing on a much older or low-end computer, you may want to consider installing the Lagless Shaders pack, which prevents your PC from lagging while its shaders do their thing. Although it may not have as many fancy visual effects as other packs, it will still add some vibrancy to your game while running at a smooth 60 FPS on slower machines. If you find yourself constantly having trouble getting shaders to function correctly, give this one a try. 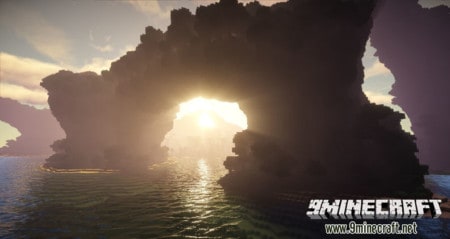 On the opposite end of the spectrum, we have the Continuum Shaders pack, which focuses on delivering cinematic-quality results at every turn. This includes volumetric lighting, highly-detailed clouds, and a procedurally generated weather system that does an excellent job of displaying its realistic effects. However, we can only recommend you install it if you have a high-end PC with a dedicated GPU capable of running its numerous effects. 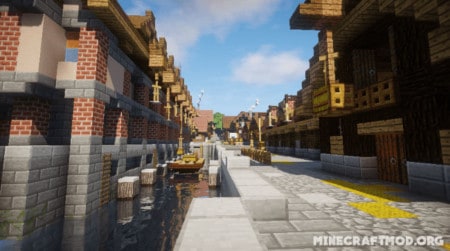 Chocapic13’s Shaders focuses on achieving hyper-realism while taking into account the limitations of mid-range PCs. It ends up striking a solid balance between performance and quality while offering more control over systems like lighting and weather. In addition to vibrant and more crisp-looking landscapes, this shader pack adds crystal clear effect to Minecraft‘s water, making rain droplets and standing bodies of water appear more life-like. 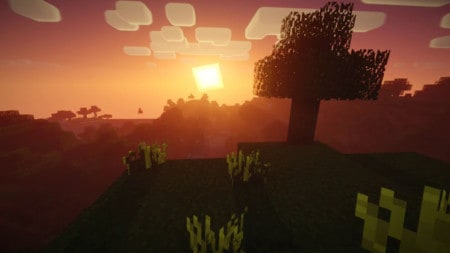 As its name suggests, the Nostalgia Shaders pack attempts to recreate a stylized-version of vanilla Minecraft while incorporating some modern amenities. What differentiates Nostalgia Shaders from RRe36’s Vanilla Plus Shaders is an emphasis on recreating how longtime players remember Minecraft looking versus what it actually looked like. Included are a custom skybox and lighting colors, dynamic shadow detailing, volumetric fog, and wind effects on foliage. 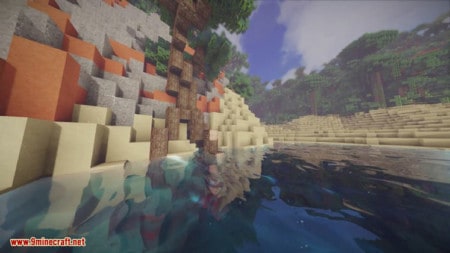 You’ll find that some shaders are designed to target specific parts of the game, such as lighting, weather, or color. One of the best hyper-focused shaders is Oceano, which completely overhauls the appearance of water in Minecraft while making smaller alterations to things like lighting and shadow details. As a result, it’s one of the best stylistic shader packs around and can have an amazing effect on the look and feel of your game. 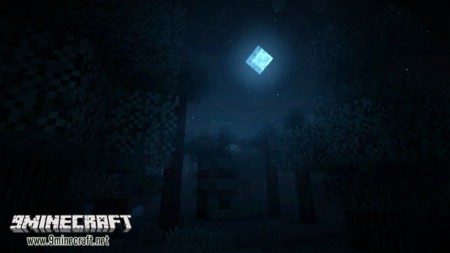 KUDA Shaders may be the newest entry on this list, having wrapped up its beta back in 2018, but is well on its way to positioning itself as the most versatile Minecraft shader pack. It sets out to completely reinvent Minecraft‘s distinct look with new shadow, lightning, and godray systems in addition to volumetric fog and higher texture resolutions. This is all backed up by players who report amazing results and a relatively bug-free experience getting KUDA Shaders up and running. 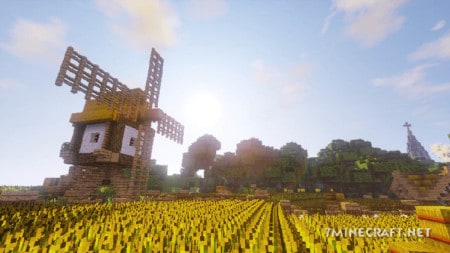 At first glance, CrankerMan’s TME Shaders appear to deliver the same result as just about every shader pack in this list. However, what separates it from the competition is it’s one of the few shader packs to receive consistent updates while still supporting older versions of the game (currently 1.15-1.9). Included is a vast array of graphical effects ranging from foliage movement in trees to realistic-looking clouds and shadows that give the game a greater sense of three-dimensionality. 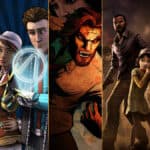