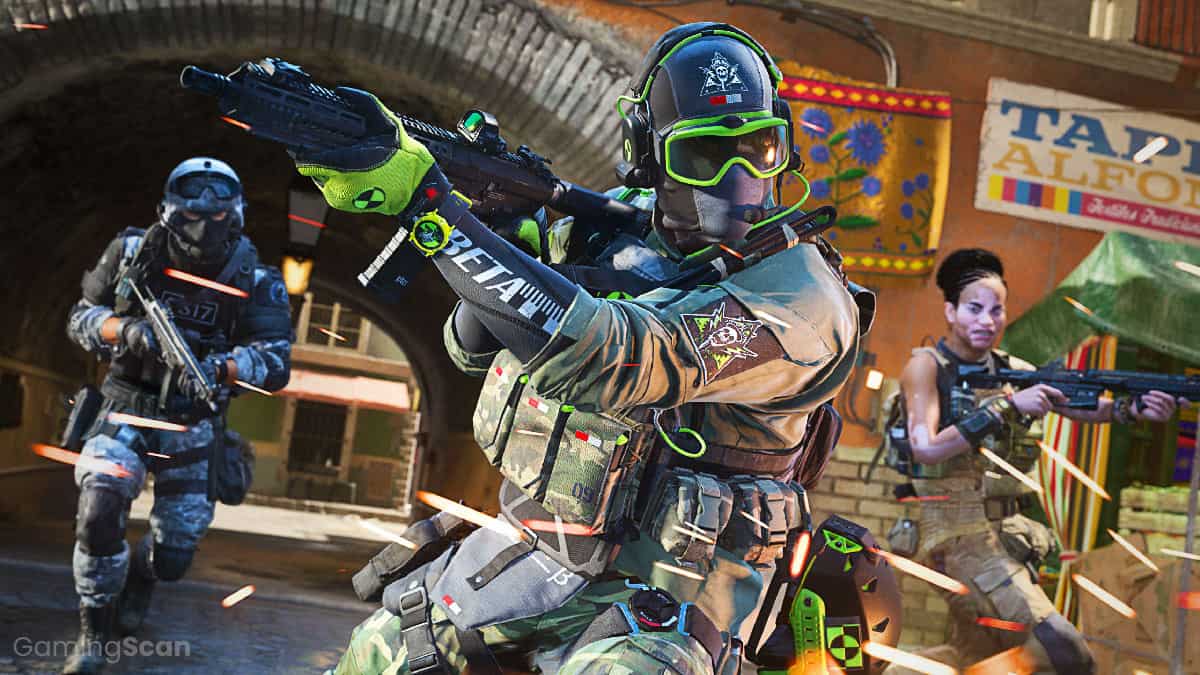 As much as we enjoy single-player games, there’s something so exciting and unpredictable about facing off against other humans in multiplayer games.

This applies to a wide swath of genres like fighters, shooters, and racing games that seem tailor-made for PvP gameplay but also some more obscure picks.

So if you’re in the mood to play something completely new, we’ve got you covered with the best PvP games on Steam, PlayStation, Xbox, and Nintendo Switch.

Now that we’ve set the stage, let’s get into our suggestions for fun and free online PvP games!

First on our list is V Rising, an isometric survival game that casts you as a blood-thirsty vampire on a mission to rebuild their dark kingdom in a dangerous world.

As a single-player experience, this means navigating a Gothic-inspired open world, building up a base, and preying on humans any chance you get.

However, on PvP servers, everything is dialed up to 11 as enemy vampires are thrown into the mix, forcing you to be more cautious as you explore the world.

One of this year’s best new card game releases, Marvel Snap sees you constructing powerful decks with iconic Marvel heroes and villains to battle against other players.

Matches are fast-paced and typically take about 5 minutes to complete, allowing you to earn rewards quickly while completing challenges and upgrading cards.

This is further accented by the “Snap” mechanic, which can be activated to double the number of rewards at the risk of losing just as much.

Switching over to more action-driven PvP games, Chivalry 2 is a bold and bloody first-person sword combat game that has you taking part in gruesome medieval battles.

After arming yourself with one of several deadly weapons at your disposal, you’ll take to the battlefield to slay opponents and lead your team to victory.

The sequel introduces a host of new features such as the ability to ride horses, more fluid combat animations, and up to 64-player matchmaking with crossplay support.

Reminiscent of games like Super Smash Bros., MultiVersus is a free-to-play platformer fighter with a growing PvP community and stable of characters.

In it, you and your opponents assume control of recognizable fighters under the Warner Bros. umbrella, including characters like Batman, Shaggy Rogers, Buggs Bunny, and more.

Each one has a distinct playstyle that’s further complemented by the ability to team up with another player to coordinate attacks and destroy the competition.

Still in Steam Early Access, it currently supports up to 8-player matches with over 90 draftable units that carry unique effects into each battle.

To take things even further, the game allows you to equip rare artifacts and perform sacred rituals to buff units and trigger explosive combinations.

In it, you’re tasked with spearheading an Ork invasion into the hive city to defeat a powerful warboss and his army of minions across 2D side-scrolling levels.

The game supports both online and local co-op as well as PvP arena battles where up to 4 players can duke it out as distinct characters with unique toolkits.

Omega Strikers is another free-to-play game that boasts competitive multiplayer and intense PvP battling with a MOBA twist.

Each round sees you picking from one of several class-based characters with explosive abilities that can quickly change the tide of battles.

Gameplay is structured around 3v3 matchups where the objective is to score points in the enemy’s goal while knocking out the opposing players.

Moving along, Marauders is a PvP tactical shooter that casts you as a space pirate either working alone or as part of a squad to traverse hostile war zones.

As you raid enemy vessels and explore abandoned stations for resources, you’ll have to defend yourself from other players looking to do the same.

There’s a level of tension and unpredictability that comes with each run, even when you have a coordinated team working like a well-oiled machine.

If you’re in the market for a PvP racing game, Forza Horizon 5 is going to be one of your best options that also supports crossplay between PC and Xbox consoles.

Following in the footsteps, or rather tire marks of previous Forza games, it offers a high-octane racing experience that strikes the perfect balance between sim and arcade racers.

While making your way around gorgeous recreations of Mexican deserts, towns, beaches, and forests, you’ll compete with other drivers in an assortment of racing challenges.

SpiderHeck is another platform fighter like Super Smash Bros. that puts a physics-based twist on brawling with other players online and locally.

In it, you control a lightsaber-wielding spider waging war with other arachnids to be the last one standing after all’s said and done.

To survive, you’ll have to be mindful of your surroundings while dodging attacks before firing back your own with an arsenal of powerful melee weapons.

One of the more creative PvP shooters to come out in recent years, Hunt: Showdown sees you stepping into the shoes of a bounty hunter tasked with killing high-paying targets.

The twist here is you’re not the only one gunning for your mark, as other players will spawn into the map and try to beat you to the punch.

To ensure you get the kill, you’ll have to keep an eye out for these rival hunters and shoot anything that gets too close to your target’s location.

Combining both co-op and PvP gameplay, Sea of Thieves is an action-packed pirate game about traveling across the high seas searching for treasure.

Together, you and your crew of buccaneers will find yourselves face to face with a host of threats ranging from giant sea monsters to skeletons and enemy pirates.

Coordination is the name of the game as divvying up tasks among your crew will give you a leg up on solo players and less organized squads.

Valorant consistently ranks among the top PvP shooters on PC and deservedly so, as it distills the best parts of popular shooters while introducing its own roster of diverse heroes dubbed “Agents.”

Best described as a 5v5 tactical shooter, the game assigns you to either Defending or Attacking sides before letting you loose on the battlefield.

Relying on your team, you’ll compete in objective-based rounds to secure parts of the map and eliminate opponents using an arsenal of weapons and unique abilities.

Another free-to-play PvP shooter with rolling seasonal content, Destiny 2 has seen its share of ups and downs throughout the years.

These days, the game is generally in a much place as the recent Witch Queen was well-received and next year’s Lightfall expansion looks just as promising.

While most of Destiny’s content is PvE-focused, players looking for a dose of healthy competition can focus their efforts on the Crucible’s extensive PvP playlist.

Respawn’s committed efforts to supporting Apex Legends have led to it becoming one of the best free-to-play shooters on the market.

Standing toe-to-toe with big names like Fortnite and PUBG, the game manages to hold its own thanks to the diversity of its roster and game modes.

This coupled with a host of quality-of-life improvements ranging from crossplay to solo matchmaking, the ability to respawn teammates, among more, make it worth picking up.

While you’re more than welcome to drop down with friends and get to work looting, shooting, and building your way to victory, these days you have a lot more to explore.

This includes an endless amount of user-generated modes that incorporate fun new mechanics along with seasonal crossover content from popular movies, shows, and games.

Regarded by many as one of the best competitive shooters, Overwatch received a massive update with its numbered sequel, Overwatch 2.

This standalone sequel carries with it a new battle pass-style progression system to level up using both existing and new heroes like Sojourn, Junker Queen, and Kiriko.

Each one adds a different flavor to Overwatch’s robust class system while allowing for new strategies, show-stopping plays, and PvP mayhem.

Focusing on large-scale PvP battles, Hell Let Loose is a tactical military shooter that demands coordination from its players.

It injects a heavy sense of realism wherein each unit is assigned a certain role to fulfill throughout the course of a battle to aid their team and win the war.

Coinciding with the release of Modern Warfare 2, Call of Duty: Warzone received a massive 2.0 version update that breathed new life into the free battle royale game.

This includes a new map, gulag, vehicles, third-person playlist, and DMZ mode that sees you and your crew completing missions before racing to extract.

Whether you’ve stepped away for a while or it’s your first time diving into the Warzone, now is the best time to see what this shooter has to offer.

Another longstanding free-to-play game that offers crossplay support and competitive PvP multiplayer, Rocket League is a worthy addition to any gaming library.

Blending car combat and competitive soccer to perfection, the game sees two teams facing off across a variety of modes where the goal is to outscore your opponent before time runs out.

While this seems simple enough on the surface, the skill ceiling is practically limitless for players willing to put in the hours and practice necessary to pull off insane high-flying shots.

If you’re the kind of player who doesn’t shy away from a challenge, Rust’s hardcore PvP multiplayer sandbox just might be yours for the taking.

In this unforgiving survival game, you’ll spawn completely naked on a beach and have to scavenge for supplies to stay alive while avoiding a host of threats.

From wild animals to enemy players, death is around every corner so you’ll need to be careful with who you trust, where you store your gear, and how you engage with other players.

To wrap up this list, we’re including another PvP shooter that’s been around for quite some time but seems to only get better with age.

However, the core gameplay experience remains largely the same: two 5v5 teams clash in tactical skirmishes to secure an objective over multiple rounds. 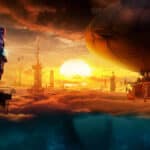