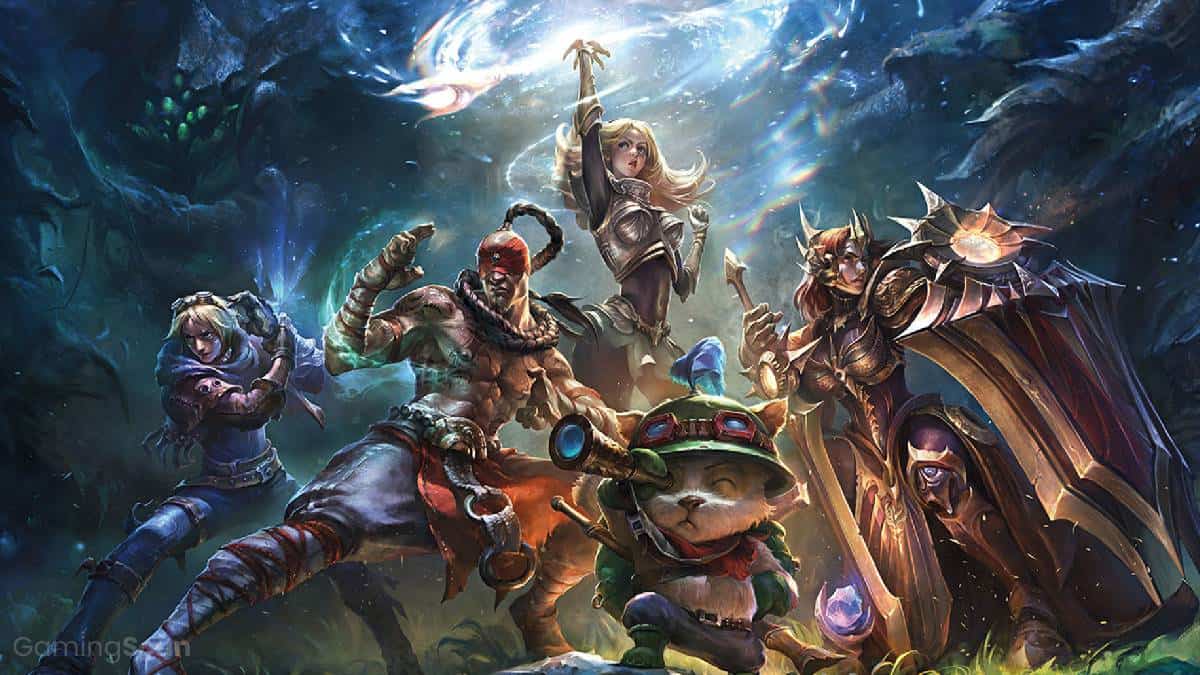 Although they’re considered one of the most niche genres of gaming, MOBAs actually make up a significant portion of the gaming population. Chances are even if you’ve never played a ‘Multiplayer Online Battle Arena’ firsthand, you’ve at least heard of one of the three biggest names: League of Legends, Dota 2, and Smite.

Inspired by real-time strategy games such as Blizzard‘s Warcraft and StarCraft series, MOBAs were originally designed as mods within existing games but have continued to evolve over the years

Nowadays, there is an exhaustive number of new MOBAs cropping up, making it one of the most competitive spaces for game developers.

Here, we’ll be highlighting the best MOBA games which have managed to find success and foster a community of players despite how overcrowded the genre has become. 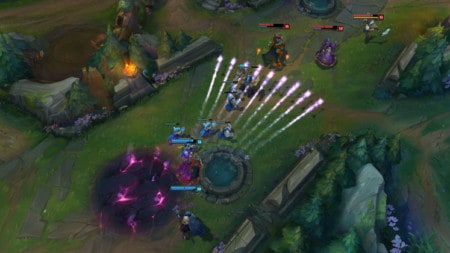 League of Legends has garnered a reputation for being one of the most competitive MOBAs around, featuring fast-paced gameplay in which the objective is to destroy the opposing team’s nexus before they destroy yours.  With a roster of 140+ Champions divided up into seven distinct classes, LoL caters to just about every playstyle.

This is further complemented by the fact that each match is self-contained and starts with an even playing field, requiring you to use skill and strategy to unlock new abilities and items as things progress.

Given LoL‘s been around for more than a decade, it’s playerbase has fluctuated over the years; however, it continues to be one of the most streamed games on Twitch and YouTube, a reliable indicator of its lasting appeal. 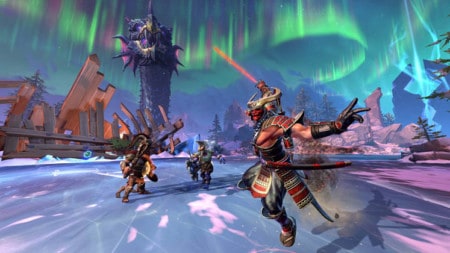 With a combined estimate of over 30 million registered users across all gaming platforms, Smite is one of the most popular MOBAs at the moment, partially due to Hi-Rez’s decision to port the game to traditional gaming consoles.

In it, players take on the role of over 100 different gods, goddesses, and similar figures based on various cultures but primarily Greek mythology.

Played from a third-person perspective, the game’s most popular mode is Conquest, in which 5v5 teams spend resources buying weapons and upgrades before the start of a round and then compete to kill the enemy’s ‘Phoenix’ and ‘Titan.’

This structure will sound familiar to anyone who’s played Counter-Strike. What separates Smite from the competition is its customization, which offers a wide selection of cosmetic items to help players stand out. 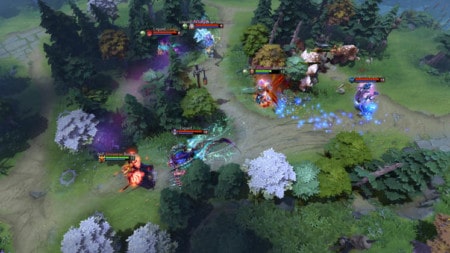 Dota 2 is the sequel to the first official MOBA and runs on an upgraded version of Valve’s Source 2 engine. Similar to other MOBAs, it sees two teams of five players facing off against each other in highly-detailed environments divided into three lanes.

While the goal is to defeat the enemy by racking up the most kills, Valve has included additional mechanics that allow players to strategize and build momentum.

The game’s current roster includes 100+ heroes designed to be flexible enough to fulfill multiple different roles. This results in more dynamic matches that never play out quite the same.

However, this comes at the cost of alienating new players who may find themselves easily overwhelmed by the sheer number of tactical and build options necessary to master to excel at the game. 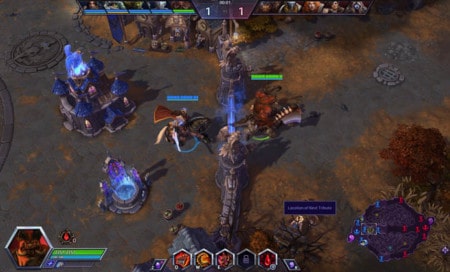 Heroes of the Storm

In 2015, Blizzard finally set out to capitalize on the MOBA craze they originally inspired by releasing Heroes of the Storm. However, for some reason, they decided to shy away from the term MOBA and instead refer to the game as a ‘hero brawler.’ This may have been the right call considering how many cameos from heroes belonging to other Blizzard properties have been featured in HotS.

Over the years, several characters from Overwatch, Diablo, and WoW have appeared in the MOBA, each with a unique kit based on their existing abilities and moves.

Running solely on Blizzard’s Battle.net launcher, the game sees players facing off in 5v5 battles across 15 separate maps, whose environments can be traversed using mounts, a feature that’s not typically present in most MOBAs. 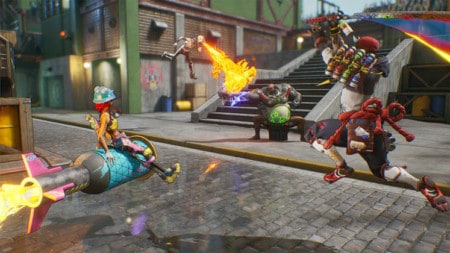 Bleeding Edge is an up and coming multiplayer game that’s backed by Xbox Game Studios and developed by Ninja Theory. While it may be a bit late to both the MOBA and hero shooter crazes, the game manages to combine elements from both genres while still injecting its own personality. This can be mostly attributed to the unique designs and backstories of BE‘s diverse roster of heroes.

Each character has an original backstory that factors into their abilities and roles, of which there are currently three: Damage, Support, and Tank. Matches are 4v4 and see players competing in two modes: Objective Control and Power Collection.

While the game had a rocky launch, its presence on Xbox Game Pass has helped attract new players while Ninja Theory continues to work on new content and improvements to BE‘s progression systems. 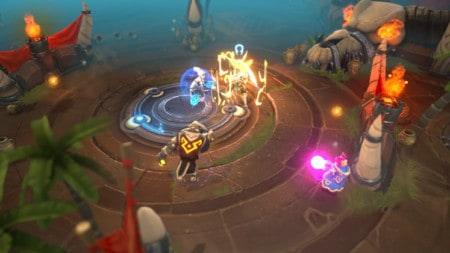 Battlerite made its debut in fall 2017 as the spiritual successor to Bloodline Champions, a pretty solid game that was just unable to attract enough players. The game quickly managed to set itself apart from other MOBAs by emphasizing quicker match times with more minute-to-minute action. In it, players select one of 25 unique ‘Champions’ defined by three main attributes: offense, defense, and movement.

The game strips the MOBA genre of many of its identifiable objectives, such as destroying an enemy structure or defeating AI fodder for resources. Instead, matches revolve around PvP combat with either 2v2 or 3v3 team structures.

While Battlerite‘s community may not be as large as it once was, it’s free-to-play model makes it worth checking out if you’re frequently turned off by the length of games in traditional MOBAs. 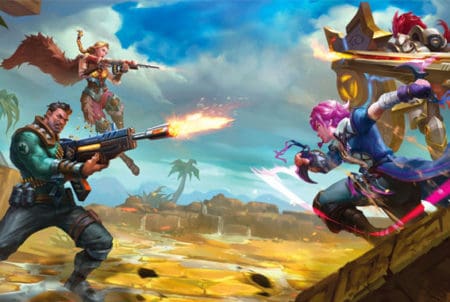 Releasing worldwide in 2018 for PC and consoles, Paladins has gone on to amass over 25 million registered users. While it focuses more on being a hero shooter, the game also includes a MOBA-inspired game mode called Siege, in which two 5v5 teams compete to capture and hold points as the stakes continuously rise.

Teams are broken down into four roles: Front Line, Damage, Support, and Flank. Each role must be fulfilled before the start of a match, ensuring that teams are properly balanced and well-rounded.

What differentiates Paladins from other hero shooters is its ability customization, allowing players to create unique load-outs for each of the game’s 40+ ‘Champions.’ 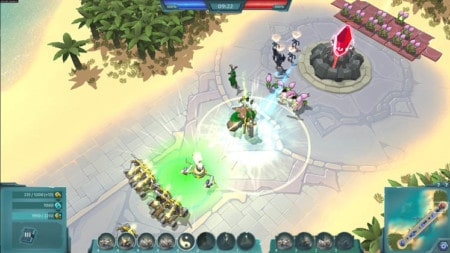 Rise of Legions takes the best parts of MOBAs, tower-defense games, and deckbuilders to deliver an exciting strategy game experience. This is further complemented by the game’s straightforward, easy-to-grasp mechanics which still offer plenty of room for mastery and min/maxing.

Supporting both solo and 2v2 co-op, the game sees you defending your nexus while attacking the enemy’s and battling for control over a neutral territory.

Matches are best described as a constant game of tug-of-war, with both sides using Mana to summon units that can carry out attacks in addition to Essence, which allows you to spawn defenses for your nexus.

To avoid matches dragging on for too long, Rise of Legions features a ‘Showdown Mode’ which causes mortars to begin firing at each team’s nexus after a certain amount of time has passed. 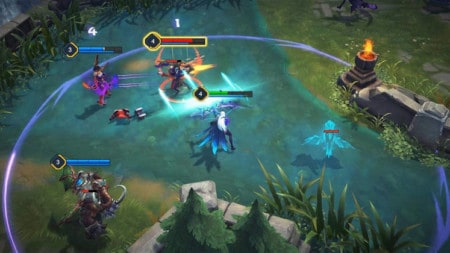 Arena of Valor is a Western adaptation of the Chinese MOBA Wangzhe Rongyao and quickly rose to become one of the most popular mobile games following its 2016 release.

Although the game was initially pitched to Riot Games, Tencent would ultimately develop AoV themselves. In it, players select from one of 100+ different heroes, many of which are inspired by Chinese historical figures.

Included are several game modes, the most popular being Grand Battle, or ‘Ranked.’ In it, players have to coordinate to destroy enemy towers in addition to a central base to secure a win.

Heroes start at a low level and can be upgraded throughout a match by destroying structures, defeating AI-controlled minions, and eliminating other players. Over the years, the game has garnered a cult following and amass over 200 million registered players. 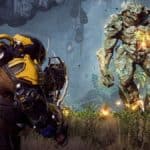