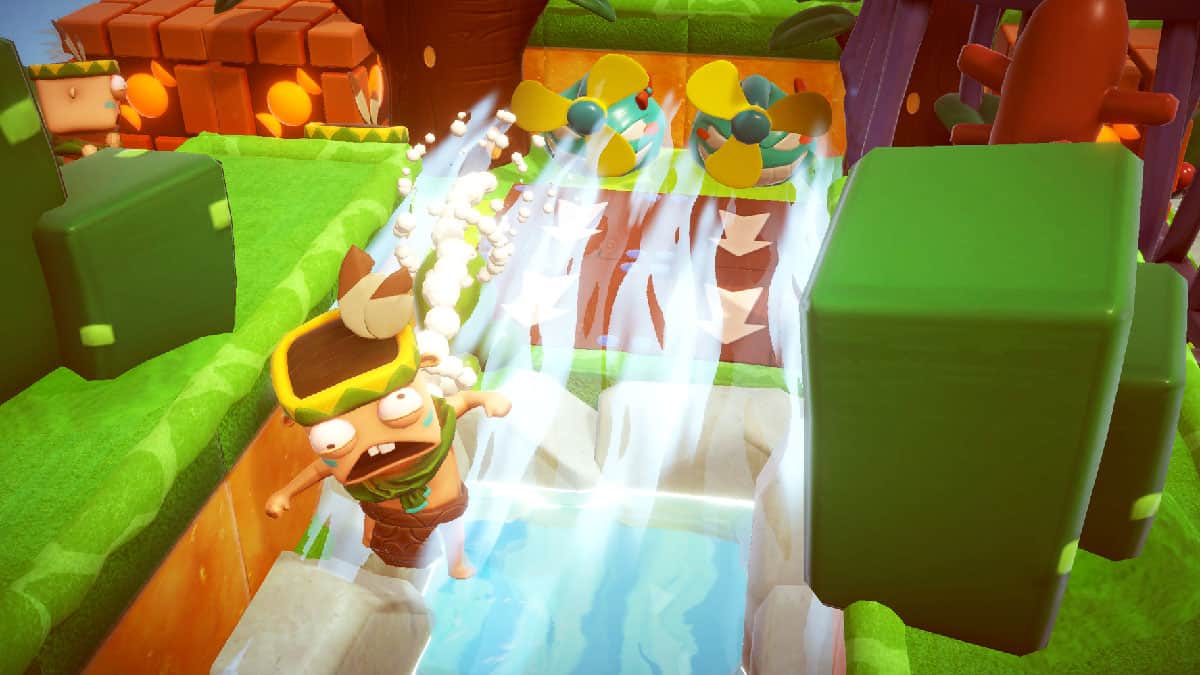 Few things are as satisfying as successfully standing your ground while waves of enemies get crushed by a cacophony of spikes, turrets, and other defenses.

Tower defense games challenge us to explore different strategies and come up with the best solutions for surviving in the face of danger.

Candy Disaster is a 3D tower defense game that looks to combine ridiculous traps with infinite strategies to stop the candy zombies from invading your base.

In it, you take on the role of Jick, a mad scientist on a mission to help their mysterious partner collect Energy Candies scattered across different planets.

However, to gather them all, you’ll have to ward off waves of undead enemies using a wide array of traps with unique effects.

The game uses procedural generation to ensure every session feels distinct, with even the zombies changing their tactics to try and catch you off guard.

A somewhat hidden gem of the TD genre, Barricadez offers a mix of tower defense and survival gameplay in one clever little package.

In it, you control a robot assigned to protect a baby from waves of zombie-like creatures by crafting defenses such as barricades to ensure you both make it through the night.

This requires you to explore nearby underground locations to gather resources for building traps and discover new blueprints.

It’s a simple yet addictive blend of action and exploration that makes for a satisfying gameplay loop that has only gotten better via post-launch updates.

If you’re looking for a strategy game you can play in short bursts, 3 Minute Heroes is an enticing choice that combines tower defense gameplay with deck building and rogue-like progression.

Each run sees you selecting a champion, organizing your deck, and heading into battle with the goal of keeping your home safe for 3 minutes.

During battles, vicious monsters will constantly try to flank your base, forcing you to summon units onto the field that vary based on your hero’s skill and deck type.

There are over 20 characters to pick from and a total of 400+ unique cards that can turn the tide of battles across increasingly difficult stages.

Bloons is one of the most popular free-to-play tower defense games around and Bloons TD Battles 2 shows why the franchise is still so beloved.

In it, you gather a hero, assemble a team of powerful Monkey Towers, and enter into battle against other players and never-ending waves of Bloons.

Much like its predecessors, TD Battles 2 focuses on competitive tower defense gameplay in which players must outwit and overwhelm their opponents head-on.

There are countless strategic combinations to explore, as well as an abundance of unique arenas and a rank system to chronicle your rise to victory.

One of the unique properties of tower defense games compared to other genres is their ability to turn deceptively simple mechanics into compelling gameplay.

Such is the case with Vectorio, a rather basic-looking strategy game with vector graphics and top-notch tower defense gameplay.

In it, you’re tasked with claiming resources around a map and using them to research new weapons and technology to survive attacks from an onslaught of enemy shapes.

The Riftbreaker is a new tower defense mech game released in 2022 by EXOR Studios in which you take on the role of a scientist/commando named Ashley.

Ashley is joined by her mech Mr. Riggs as the pair try to establish a settlement on an alien planet whose natural inhabitants aren’t too keen on visitors.

Alien creatures will frequently invade settlements, forcing Mr. Riggs to step into action and blast them away using his machine gun, rocket launcher, sword, and more.

When They Are Billions first released in Steam Early Access in 2017, it was immediately clear that Numantian Games had big plans for the Steampunk-inspired strategy game.

In it, players are tasked with guiding the last remaining humans as they fight to reclaim civilization from massive swarms of flesh-eating zombies.

Included are two modes: Campaign, in which you defend colonies from the undead while researching new technologies, and Survival, which focuses on staying alive for as long as possible.

One of the game’s most unique features is the ability to pause the action and give yourself time to build new structures, issue orders to troops, or just catch your breath.

If you’re a longtime fan of tower defense games, chances are you already know about the Dungeon Defenders series.

The game’s roster of heroes is fairly diverse and includes some interesting playstyles such as the popular Gunwitch, a blunderbuss-wielding-mage with a broomstick.

While it can feel a bit grindier compared to the original DD, we consider that a fair tradeoff for upgraded visuals and more playable characters.

If you’re a fan of games like Satisfactory and Factorio, you may enjoy Mindustry, a resource management-focused tower defense game.

In it, players chain together multiple conveyor belts to supply turrets with ammo, produce building materials, and defeat waves of enemies.

A powerful map generator tool lets you modify the shape of the terrain, ore generation, placement of rivers and resources, and even enemy wave layouts.

Repetition has always been an issue for tower defense games, particularly those with a limited number of defenses, enemy types, and maps.

Dungeon Warfare II shakes things up by incorporating procedurally-generated assets to aid you in your mission as Dungeon Lord.

In an interesting role reversal, the game sees you trying to prevent greedy adventurers from robbing dungeons blind by placing deadly traps and obstacles all throughout.

This is made even better by the game’s simulated physics, which can see enemy heroes flung across the map by swinging death balls or knocked off ledges into burning pits of lava.

In it, you control an entire village, assigning townsfolk different tasks such as chopping trees for wood and exploring mines for valuable ores.

These resources allow you to expand your village and upgrade its defenses, which you’ll want to do sooner than later if you plan on surviving come nightfall.

At night, monsters will appear and try to invade your village, requiring your townsfolk to combine their strengths and hold off the enemy until the morning.

Orcs Must Die! 2 maintains the action-packed strategic tower defense gameplay of the original while focusing more on online co-op.

The game sees you and a friend taking on the role of a powerful War Mage or Sorceress as you protect fortresses, dwarven mines, and more from droves of monsters.

The sequel also sees the return of popular defenses from OMD, in addition to new traps and game-changing magical trinkets.

Those who prefer to do all their Orc-hunting solo will be happy to hear the game is still fully playable in single-player as long as you don’t mind a bit more challenge.

In it, you’re tasked with defending your small island kingdom against hordes of Viking invaders alongside the last remaining soldiers.

Islands are procedurally-generated and completely unique in layout and appearance, providing the perfect opportunity to develop battle-tested soldiers and crush the Vikings once and for all.

Minion Masters offers fast-paced, MOBA-inspired tower defense gameplay in which players use cards to summon minions to do their bidding in battle.

In addition, players are assigned a Legendary Master with special abilities that can be further enhanced with a deck of spells that complement their playstyle.

Once minions are summoned, their movement and attacks are controlled by AI, allowing you to focus on planning your next move.

It’s perfect for both competitive and casual battling and features online matchmaking with 1v1 and 2v2 co-op modes.

Kingdom Two Crowns expands upon the success of the award-winning 2D building sim while featuring a brand-new campaign tailored for both solo and co-op play.

In it, you’re tasked with establishing a powerful nation capable of defeating an army of enemies known as the Greed.

To do so, you’ll have to travel throughout the land acquiring gold and recruiting loyal followers to help your kingdom reach its full potential.

As your kingdom continues to expand, more villagers will request to join you, lending their unique skills and abilities in exchange for a safe haven. 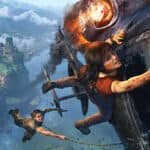