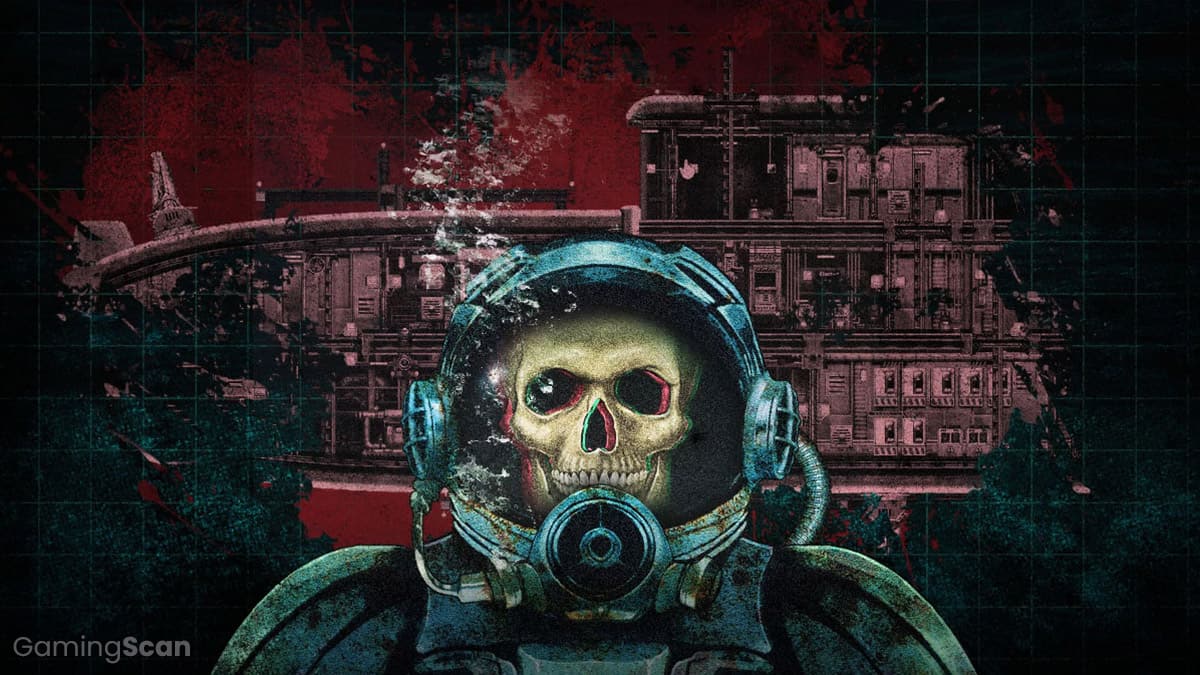 The game is best known for its brutal difficulty and unpredictable gameplay that gets crazier the more players you have on your submarine crew.

Anyone looking for more games like it is welcome to come along as we count down the best games like Barotrauma on Steam, PlayStation, Xbox, and Nintendo Switch.

For more games similar to Barotrauma, check out our growing library of curated gaming lists, and comment below with your favorite survival horror or co-op game like Barotrauma!

First up on our list of Barotrauma-like games is Hidden Deep, another side-scrolling sci-fi horror game with a similar art style and challenging gameplay.

Instead of operating a submarine, you’re tasked with exploring a sprawling sub-oceanic mining and research facility overrun with monsters.

Commanding a rescue team, you’ll have to carefully navigate the facility while looking out for researchers, repairing equipment, and firing your gun at anything that moves.

The game is heavily influenced by the movie Aliens and The Thing as well as games such as Half-Life and is published by the same company as Barotrauma, Daedelic Entertainment.

We Need To Go Deeper

If you come to Barotrauma for the co-op aspect, then you and your friends are sure to enjoy We Need To Go Deeper, a 2-4 player cooperative submarine roguelike survival game.

In it, you and your crew voyage into the deepest oceans of a Jules Verne-inspired undersea universe teeming with dangerous creatures and hazards.

To stay alive, you’ll have to communicate and assign each person a role to successfully pilot, repair, and defend your vessel from whatever lurks in the water.

Similar to Barotrauma, the game tries to keep you on your toes with unpredictable threats that force you to react quickly while on high-risk expeditions in randomized biomes.

While mostly thought of as a meme these days, Among Us can also be a pretty serious game with the right group and has a lot more in common with Barotrauma than one might think.

For one, it’s designed around cooperation as most of the players in your party are on the same space crew trying to carry out their tasks before the alien imposters take over.

Secondly, like Barotrauma, each person is in charge of completing certain tasks and notifying the rest of the crew of any suspicious behavior.

You can even play the game with designated roles and introduce different gameplay modifiers to tailor the experience to your liking.

Want another game like Barotrauma where you command a spaceship with friends? Allow us to put PULSAR: Lost Colony on your radar.

This co-op space adventure title sees you teaming with up to five players to operate a starship as it travels across a randomized galaxy and falls into chaos.

Taking on the role of Captain, Pilot, Scientist, Weapons Specialist, or Engineer, your crew will have to coordinate and man different stations to keep things running smoothly.

This includes exploratory missions where you have to investigate abandoned stations, scavenge for components, and survive against extreme weather conditions and dangerous creatures.

Sea of Thieves is another sea-faring co-op game, though admittingly not as dark and dreary in its atmosphere as Barotrauma.

With that said, there’s still plenty of danger and adventure to be had out on the open seas with your crew of rascally buccaneers.

Aside from sea monsters, reanimated skeletons, and other surprises in the water, Sea of Thieves throws PvP naval warfare into the mix between enemy ships and pirates.

To have any hopes of holding onto your treasure, you and your crew will have to divvy up tasks, keep an eye out for enemy vessels, and keep spirits high with a nice sea shanty every once in a while.

Seeing as a large chunk of Barotrauma revolves around management gameplay, we thought why not include another hardcore space game with complex systems and a steep learning curve.

In Stationeers, up to ten players can come together to build and operate giant space stations while also taking care of their character’s needs by providing food, warmth, and power.

To this point, it puts a big emphasis on resource-gathering and automated production via programmable machines you encounter in the world.

There’s also a creative component to designing the look and layout of each of your stations just don’t forget to monitor your oxygen levels lest you turn into a frozen popsicle out in space.

If there’s anything Barotrauma’s taught us, it’s that space and the ocean have a lot in common, with the biggest similarity being that they both want to kill us.

However, anyone who’s managed to overcome the perils of Barotrauma’s hellish waters should have no trouble staying alive in Raft, another co-op-driven survival game.

Designed for 1-8 players, the game tasks you and your friends with building a vessel from debris and other scavenged materials you encounter in the water and on islands.

The biggest threat comes from the deadly shark that’s constantly pursuing your crew and trying to snap off pieces of your ship for a tasty snack.

For recommended single-player games like Barotrauma, we suggest checking out Iron Lung by David Szymanski, best known for the retro-style FPS game Dusk.

In it, you’re cast as a prisoner with a shot at freedom so long as they can successfully pilot a tiny submarine through an ocean of blood on an alien moon.

Much like Barotrauma, the game’s world is both terrifying and mysterious and will have you asking questions like, “Why is there an ocean of blood on the moon?” and “What’s that scary noise?”

While many of the answers are left up to the player’s imagination, there are enough unsettling reveals to get your heart racing and make you jump out of your chair.

If you’re going to make a list of underwater survival games, Subnautica has to be included somewhere by default.

Revered for its robust toolbox and open-ended gameplay, Subnautica is more than just “underwater Minecraft,” and takes players on an adventure equal parts mesmerizing and terrifying.

Players set out to explore an alien ocean inhabited by strange and bizarre marine life, many of which want to turn you into their next meal.

Furthermore, anyone looking to get close to Barotrauma’s level of challenge is encouraged to play Subnautica on Survival or Hardcore difficulty.

Arguably the most out-of-place title on this list, Arkane Studios’ immersive sim RPG shooter Prey does feature some elements that will resonate with fans of Barotrauma.

For one, the story sees you taking on the role of a science researcher aboard a space station that becomes overrun with hostile extraterrestrials.

Secondly, a lot of the gameplay revolves around exploration, including the ship’s exterior where useful items and resources can be found guarded by said aliens.

The RPG elements allow you to shape the outcome of missions and the overall story as well as determine your character’s playstyle by prioritizing certain skills over others.

Going back to 2D side-scrollers, Oxygen Not Included is another challenging space survival game like Barotrauma that’s strictly single-player despite giving you control over multiple characters.

In it, you play as the commander of a space crew living beneath an alien planet’s surface where oxygen is not so easy to come by.

To make up for this, you’ll have to get creative by manipulating pockets of breathable air and other dwindling resources that can only be replenished by researching new technologies.

Similar to Barotrauma, pretty much everything in this game wants you dead, including the crewmates themselves who are prone to making mistakes.

We’re of the mind that you can never be too safe or prepared in Barotrauma, so a game all about readying yourself for a world-ending catastrophe seems like a natural fit.

Strapped for cash and struggling to stay free, Mr. Prepper has a limited number of days to prepare for the apocalypse by building an underground shelter with all the amenities one could want.

From a gameplay perspective, this means exploring every angle by repurposing everyday household items, trading with shady neighbors, and breaking a few laws.

Did we mention there’s an authoritarian government with secret police out to get you? We would much rather deal with that than a pack of Crawlers in Barotrauma. 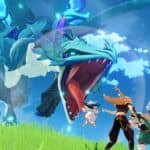