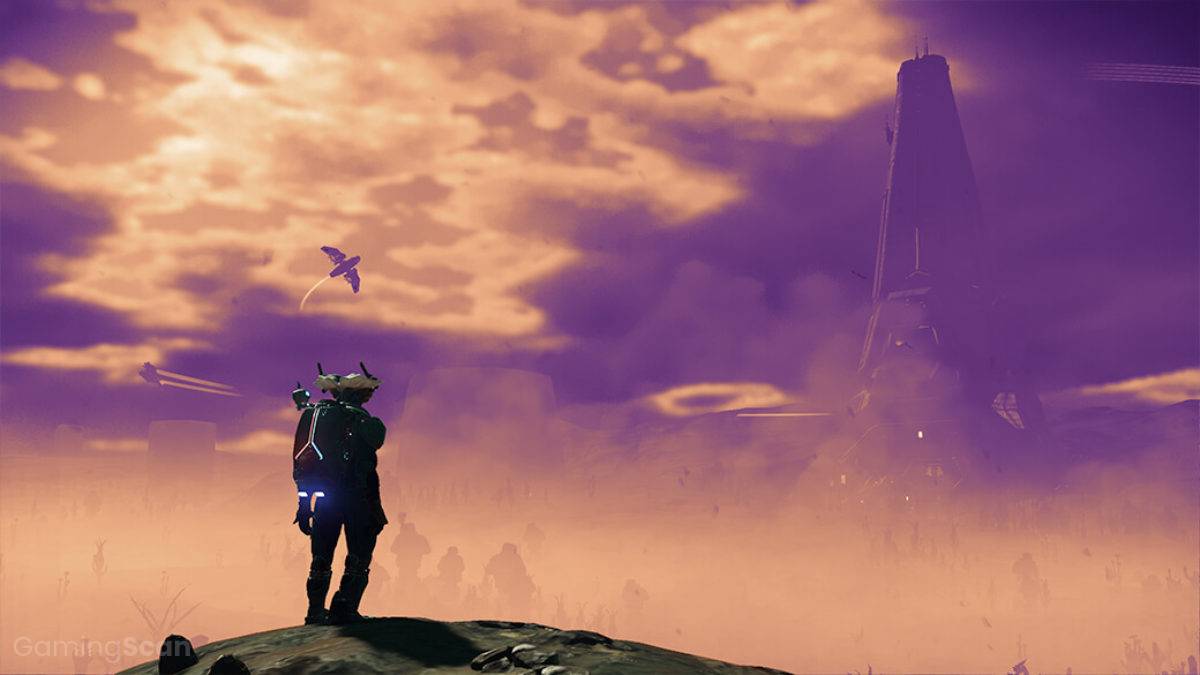 Following a rocky launch in 2016, No Man’s Sky has gone on to become one of the most impressive redemption stories in the gaming world.

Developer Hello Games has remained committed to delivering on their original promise—a large-scale space exploration game packed with mysteries to unravel and opportunities to interact with other players.

Here, we’ve highlighted a selection of games that manage to scratch that same intergalactic itch as NMS.

We’ll be updating this list in the future with more titles, so make sure to check back. 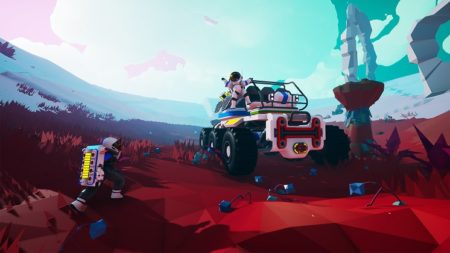 Astroneer is similar to NMS is many ways; the two share many of the same exploration, base-building, and survival mechanics in addition to having an outer space setting.

The game sees players colonizing an alien planet and mining its resources to craft different tools and vehicles. While it may not have an official story aside or any scripted events, there’s still plenty of opportunities to carve out your own adventures.

This is where the game’s online multiplayer proves useful, with up to four players able to join-up and set goals for themselves. Fans of NMS will appreciate Astroneer’s bright and poppy visuals which blend nicely with its low-poly graphics.

Additionally, a recent 1.0 update added a new solar system to explore in addition to new environmental hazards, suits, vehicles, and items to craft. 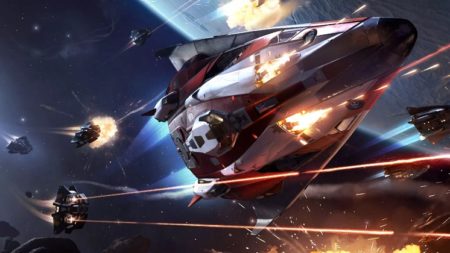 Elite Dangerous is a space sim set in a realistic recreation of the Milky Way galaxy. At the start, players are given a humble starship, a few credits, and the opportunity to carve out their own galactic adventures across an array of different activities.

While the game may not include the ability to land on planets and explore their surfaces in-depth like NMS, it makes up for this by having a wide selection of quests and massive, multiplayer-supported environments.

Whether you enjoy exploring star systems, trading with other players, transporting passengers, mining resources, or entering all-out dogfights with other ships, Elite Dangerous always has something to offer. 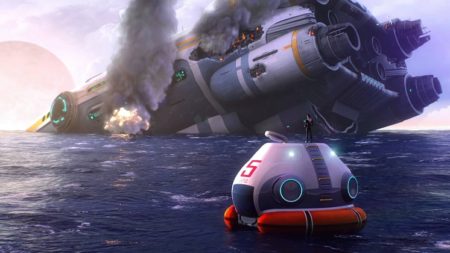 Subnautica is essentially No Man’s Sky, except set almost entirely underwater. Players are still tasked with managing their oxygen usage and maintaining hunger/thirst levels while exploring an alien planet.

In Subnautica, resource gathering is critical for upgrading tools, expanding your base, and crafting submersibles that allow you to reach new areas.

Just like NMS, the game gives you free reign to invest in the parts you enjoy most, whether that be exploring the ocean, advancing the main story, or crafting bases and submersibles.

If you don’t mind occasional run-ins with giant squids or schools of piranhas, Subnautica is definitely worth checking out. 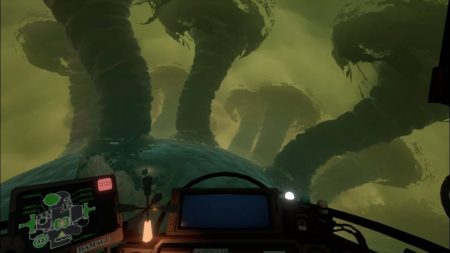 Outer Wilds is a mystery game that sees your character trapped in a perpetual Groundhog Day-style time-loop.

In it, you play as the newest recruit of Outer Wilds Ventures, an up-and-coming space program looking to expand its knowledge of the solar system and its ancestors. Your journey sees you explore historically-rich planets with unique weather conditions and hidden locations to discover.

However, unraveling the mysteries of your alien ancestors won’t be easy as black holes, oxygen deprivation, and other environmental hazards are all part of this reality.

While it may not have as many planets to explore as NMS, the game’s unique story and hand-crafted universe do a great job at creating a strong sense of atmosphere. 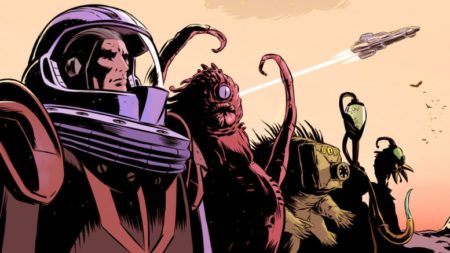 Space Engineers is a solid alternative for players who enjoy the base-building component of NMS. While there are some survival mechanics, a majority of the game is spent gathering resources in order to build an assortment of different spaceships, wheeled vehicles, stations, and planetary outposts using a volumetric-based physics engine that lets you destroy and rebuild every structure you encounter.

Although the game’s dedication to realism can feel a bit overwhelming for anyone deeply entrenched in NMS’ sci-fi inspired alien universe, it makes for an overall more immersive experience.

If you enjoy building things with other players and setting unique goals for yourself, Space Engineers may be the perfect game for you. 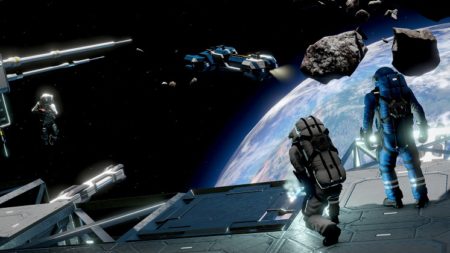 Out There: The Alliance

Out There is a Roguelike space exploration game that, much like NMS, has players managing resources and exploring a procedurally-generated galaxy filled with a variety of strange and interesting alien planets.

In it, you take on the role of an astronaut awaking from cryonics only to discover you’ve left your home solar system and are now lost in space.

In order to survive, you’ll have to keep an eye out for useful materials floating in space such as oxygen and fuel tanks, while also engaging with various forms of alien life.

The game doesn’t feature any combat, however, every decision you make carries an immense amount of weight and can end up determining whether your astronaut lives or dies. 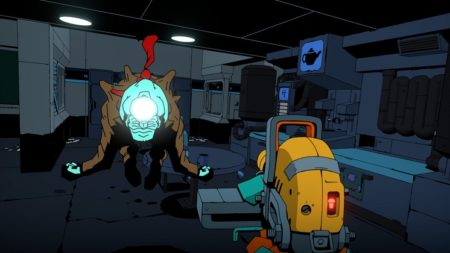 Void Bastards is a Roguelike, strategy first-person shooter with a bold cel-shaded, comic book presentation. In it, players are tasked with planning a space prison escape by exploring derelict spaceships and scavenging for any supplies they have to offer.

Although it doesn’t offer as much freedom as NMS when it comes to exploration, it does place a big emphasis on resource management.

How long you survive is entirely dependent on your ability to collect valuable items to replenish health, upgrade and craft new tools, and exploit each character’s unique traits.

Unlike most shooters, Void Bastards doesn’t require you to approach every battle “guns blazing”; a number of traps and tools prove useful for distracting or deterring enemies, allowing you to slip past them without spilling a single drop of alien blood. 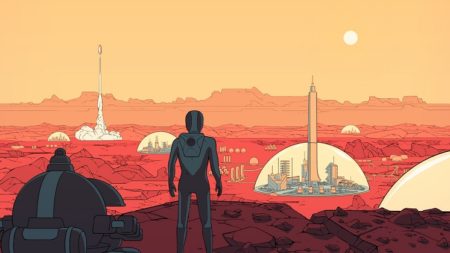 Surviving Mars is a sci-fi strategy title that’s equal parts survival game and city-builder. In it, you are tasked with establishing and raising a colony on Mars.

The game takes the base-building features of a game like NMS and cranks it up to 11, allowing you to construct superstructures to house colonists, factories for managing resources and production, and commercial buildings for researching new technologies.

Each of your colonists is a unique individual with strengths and weaknesses that can either speed up or hinder your progress and have a lasting impact on the rest of the community.

Although the game doesn’t give you multiple planets to explore like NMS, the sheer amount of different technologies to unlock, and strategies for developing your colony provides a sense of wonder and discovery with every decision made. 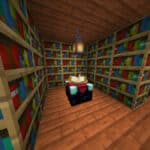 How To Make A Minecraft Enchanting Room
Related Topics Tags