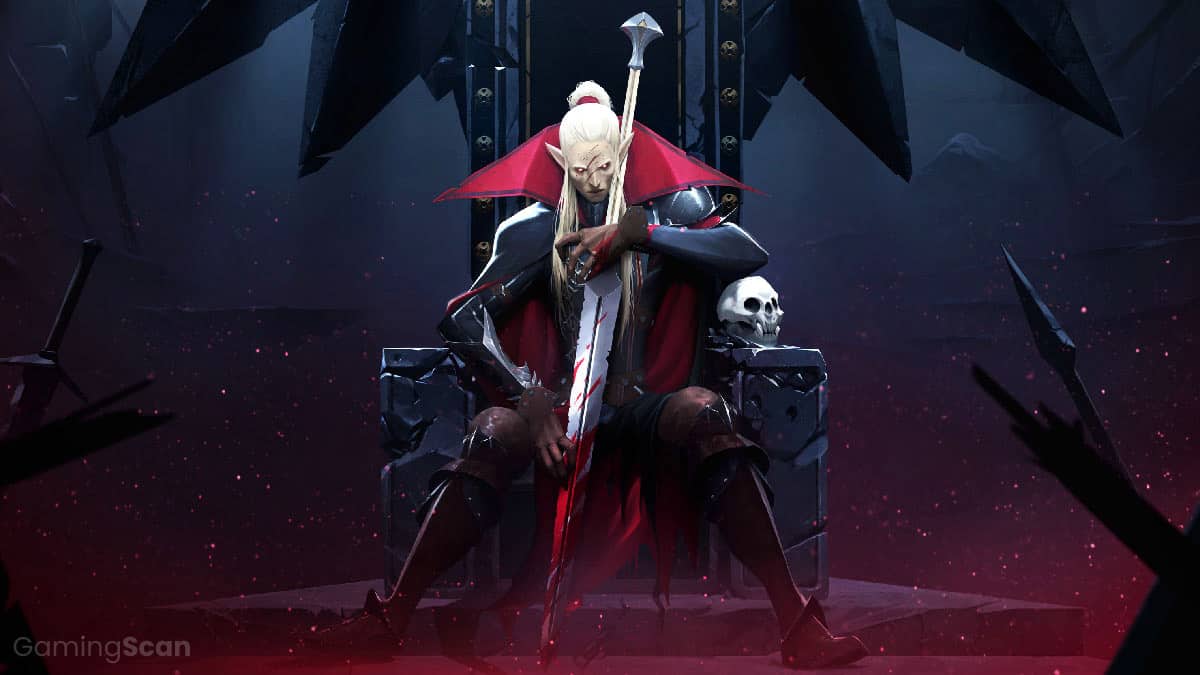 V Rising is an indie survival game that casts you as a blood-hungry vampire on a quest to rebuild their dark kingdom in an ever-changing world filled with danger and mystery.

It offers a blend of open-world, base-building, and action-driven combat gameplay with a gothic aesthetic that’s not too common in these types of games.

This can make finding similar titles tricky if you don’t know where to look but rest assured we have you covered with the best games like V Rising on Steam, PlayStation, Xbox, and Nintendo Switch.

If you would like to see more recommendations, check out our growing library of gaming lists, and comment below with your favorite vampire game like V Rising!

First up is SurrounDead, an open-world survival game that sees you traveling across a desolate post-apocalyptic landscape overrun with zombies.

In this game, players must gather weapons and equipment by scavenging through buildings and houses and trading with other survivors.

Like V Rising, it has a base-building component in which players try to protect themselves from zombies by barricading buildings housing all their loot.

A game that needs no introduction, Elden Ring is one of 2022’s biggest releases and a worthy addition to FromSoftware’s extensive catalog.

Best described as an open-world action RPG, the game shares many similarities with V Rising in terms of exploration, gameplay, and thematic elements.

Combat is a lot more robust and supports an even wider pool of playstyles including long-range, melee, and magic builds along with many more.

What’s more, Elden Ring’s open world has been meticulously hand-crafted to entice players to get out and explore its staggeringly large castles, decayed ancient ruins, and everything in between.

Continuing on, Medieval Dynasty is an open-world survival game like V Rising that also incorporates a squad management component.

The game takes place in Europe during the Early Middle Ages where players are tasked with establishing a colony in the hopes of it becoming a successful dynasty.

From a gameplay perspective, this means keeping your people safe from wild animals, providing them with food and shelter, and turning your humble settlement into a thriving village.

Along the way, you’ll have to keep an eye out for your character’s needs and gather resources to survive run-ins with deadly bears, wolves, and a host of other threats out in the world.

If you would like to play a PvP survival game that shares V Rising’s dark aesthetic, then Bloodhunt is a great alternative that will satisfy your inner vampire.

Set in the beloved Vampire: The Masquerade universe, it sees players facing off in battle royale-inspired vampire fights for control over the European city of Prague.

Players can wield different weapons and supernatural powers against opponents as well as customize and expand their vampire’s wardrobe with cool cosmetics.

Considering it’s free-to-play and well-supported on both PC and PS5, there’s really nothing to lose by checking the game out and seeing if it’s right for you.

Although it may not feature any vampires, Valheim is still similar to V Rising in that it focuses entirely on open-world survival crafting gameplay.

In it, players take on the role of a Viking exploring a Norse mythology-infused sandbox ripe with resources and mythological creatures.

The goal of the game is to build a house, craft weapons and tools, and hone your skills both in and out of battle by exploring the world and defeating enemies.

It’s already received countless amounts of praise and is perfect for players who want to commit hundreds of hours to a single game.

Tribes of Midgard is another Viking game that explores Norse mythology and shares a similar isometric perspective as V Rising.

Billed as an action RPG with fast-paced combat and colorful visuals, it sees players working together to defend the World Tree from giant bosses and deadly spirits.

Like V Rising, the game incorporates survival mechanics along with some roguelite elements that make each run feel different from the last.

Each in-game day introduces new challenges for players to overcome by gathering resources, building up defenses, and crafting tools to stay alive.

If your favorite aspect of V Rising is its robust character customization, then you’ll likely enjoy playing an MMO game like Lost Ark.

This is because it offers several customization tiers that allow players to craft the ultimate character and grow stronger as they progress through the story.

To this point, the game features an extensive number of classes designed around different playstyles with unique abilities and weapons.

Lastly, Lost Ark is played from an isometric POV that will feel very familiar to players coming from V Rising.

Next up on our list is the anime-inspired action RPG Code Vein from Bandai Namco Studios.

Set in a dark fantasy setting, the game casts you as a Revenant, living beings infected by a parasite that forces them to consume blood or risk turning into a demon.

Furthermore, Code Vein features a rather unique class system called Blood Code that lets you level up several class types all at once.

In Conan Exiles, players must try and survive in an unforgiving hellish world by making do with the resources at their disposal.

This entails building fortified bases, exploring the world to discover new materials and gear, and progressing by fighting enemies and crafting tools.

Like V Rising, the game provides you with plenty of ways to customize your character and class to carve out your own playstyle.

Only instead of building up a powerful vampire empire, your end goal is to create a barbaric kingdom worthy of a warrior.

Despite not living up to players’ expectations upon release, Vampyr is still a solid vampire RPG experience that’s sure to appeal to fans of V Rising.

In it, you play as a doctor-turned-creature-of-the-night as he learns to navigate the streets of London and make choices as a blood-thirsty vampire.

While much of the story is wrapped up in the moral implications of feasting on other living beings, many of the gameplay elements are similar to V Rising.

The biggest is your character’s access to an assortment of skills and abilities designed to aid them in hunting prey, traversing the city, and avoiding detection.

If you enjoy the base-building aspect of V Rising’s gameplay, then Dragon Quest Builders may be worth looking into, namely the second game in the series.

In Dragon Quest Builders 2, players reprise their role as the legendary builder tasked with remaking civilization by exploring the world and crafting items for various characters.

While it takes place in the same universe as the rest of the series, it features a post-apocalyptic twist that sees you navigating a desolate world overrun with mythical monsters.

To this point, the game features a dynamic day/night system in which stronger enemies emerge from the shadows to try and invade your base.

Players searching for more games to play as a vampire in are encouraged to give The Elder Scrolls Online a chance with the role of Bloodfiend, feral vampires that have gone insane from bloodlust.

Taking on this role can change how you approach the long-running MMO and requires a very different approach than most other playstyles in the game.

This includes scaled-down health regeneration in exchange for improved stealth and the ability to drain enemies of their life force.

Even if we’d like to see this class expanded further in future updates, there’s enough to explore at the moment to warrant checking it out for yourself.

Rust is another PvP-focused survival game like V Rising that revolves around unforgiving mechanics and random encounters with other players.

It can be tough to get going at the onset, especially since once bad call can see you starting over from scratch with nothing but a rock to your name.

With a little luck, patience, and combat experience, you’ll eventually work your way up to building a base of operations to store your precious loot from nosy players.

Even if most players aren’t too friendly, you can always bring along a squad to help guard your base while you’re offline.

If you want a survival horror experience on par with V Rising while being a lot scarier, you can always try your luck with the indie game Darkwood.

In it, you play as a silent protagonist stranded in a hostile wilderness teeming with danger and enemies of both natural and supernatural kinds.

Like V Rising, gameplay is structured around a continuous day/night cycle in which players explore and gather resources before hunkering down.

The only difference is in Darkwood, the world is much safer to explore during the day whereas, in V Rising, it’s best to only go out at night and stick to the shadows during the day.

Last but not least, Don’t Starve is a critically-acclaimed indie survival game that’s sure to challenge V Rising players in more ways than one.

This is because it’s extremely open-ended and does little to hold your hand as you explore a harsh wilderness inhabited by strange creatures.

From gathering resources to uncovering mysteries, crafting tools, and defending yourself from threats, you’ll have no shortage of tasks and goals to work towards.

Finally, the game also includes a day/night cycle, with some of the most fearsome enemies rearing their ugly heads after dark. 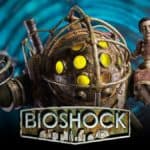