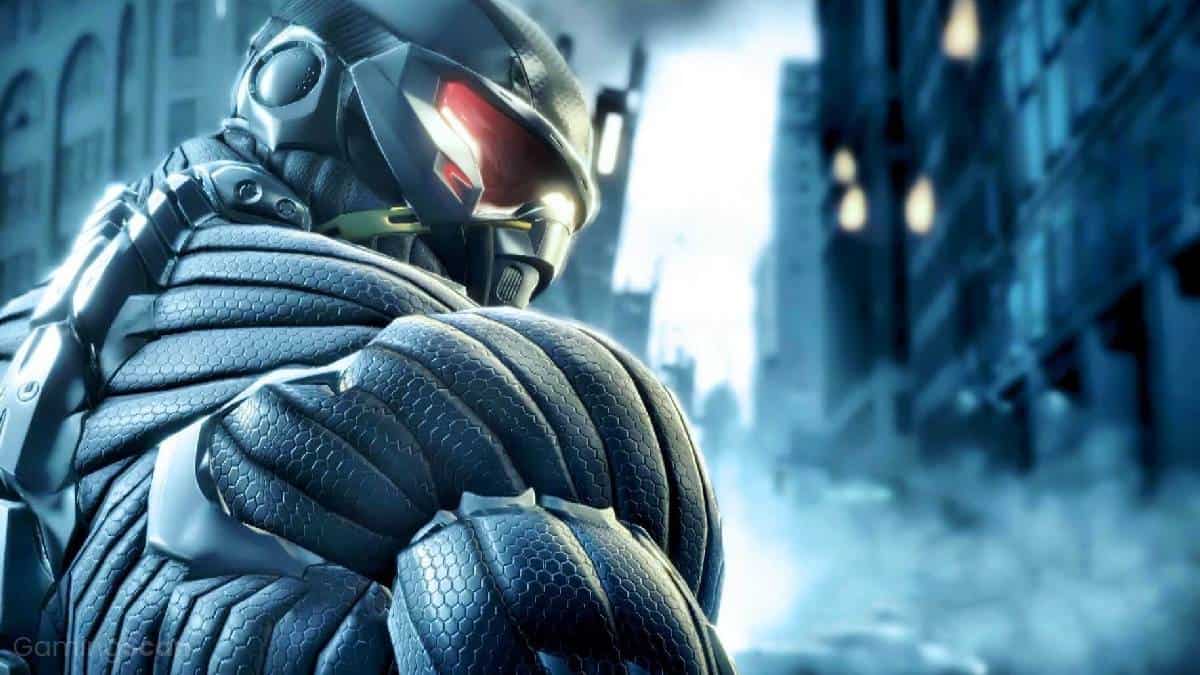 “But can it run Crysis?”

This phrase became a very common meme in the PC gaming scene of the late 2000s, poking fun at the ridiculously high hardware requirements of Crysis, one of the most recognizable titles in gaming history.

But Crysis did not become famous because of any major gameplay innovations or because of inventive new storytelling techniques like, say, BioShock did. Rather, what made it stand out was its groundbreaking graphics that few PCs could handle at maximum settings back in 2007 and beyond.

In this article, we’ll provide a brief overview of each Crysis game released thus far, and we’ll also take a look at what the future holds for this iconic but seemingly forgotten franchise.

Released in 2007 along with many other notable games such as BioShock, Mass Effect, Half-Life 2: Episode Two, Portal, Call of Duty 4: Modern Warfare, God of War II, S.T.A.L.K.E.R.: Shadow of Chernobyl, and others (yes, 2007 was a very good year for gaming), the original Crysis was the inception of the franchise. It introduced the world to some of the best graphics that have ever been seen in a video game.

The game features vast semi-open levels comprised mainly of large swaths of stunning tropical wilderness, allowing the player a multitude of different approaches when it comes to handling enemy forces.

The player can take them head-on, utilize heavy weapons and vehicles, take a stealthy approach, and whittle their numbers down slowly, or just avoid conflict entirely when possible.

The most notable gameplay mechanic that facilitates all of the abovementioned approaches is the signature nanosuit. The player can manually switch between four different modes during play:

While the nanosuit doesn’t really provide a lot of variety, using the appropriate mode for the situation is a must on higher levels of difficulty.

Despite what the trailers might suggest, Crysis isn’t exactly a fast-paced close-quarters shooter – even on normal difficulty, the nanosuit’s power supply is limited, so the player has to pick their fights and be smart about which mode to use.

The whole high-tech commando approach works exceptionally well in the first half of the game, though when the aliens come into the mix, the game becomes more like your regular on-rails FPS game, with less freedom and with enemies that feel much less satisfying to fight.

But all in all, as mentioned above, Crysis was mainly known for its graphics, and sure enough, this 2007 game looks better than some 2023 AAA releases.

Sure, the facial animations aren’t the game’s strong suit, but the textures, environments, and most importantly, the shadows and the lighting are what makes Crysis look so stunning. 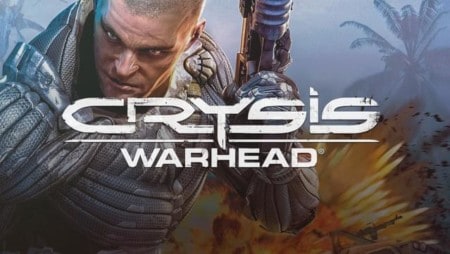 Not so much a game, more as a standalone expansion, Crysis Warhead was developed by Crytek Budapest, and it follows the same events seen in the base game, albeit with a different protagonist and from a different angle.

Seeing as Warhead is an expansion, there were no major changes to the gameplay formula, although there are several new weapons added to the mix.

Overall, Warhead is more fast-paced than the base game, with more intense enemy encounters. In this respect, many feel that it actually makes for a better gameplay experience than Crysis.

That said, we feel that Warhead, despite being a seemingly unremarkable expansion at first glance, is actually a very strong entry in the franchise that is definitely worth playing if you liked the original game. 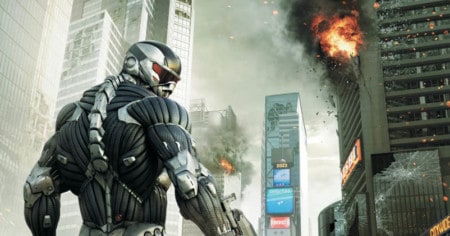 After the enormous success of the original Crysis, a sequel inevitably followed. And sure enough, Crysis 2 came out four years after the first game, although it wasn’t exactly what hardcore fans were expecting.

The game takes place after the events of Crysis and introduces some major changes to the story and the gameplay formula.

The story picks up well after the events of Crysis and Crysis Warhead, throwing pretty much all of the familiar characters out of the mix, and featuring a new silent protagonist.

There is a major setting alteration, too, as Crysis 2 moves away from the tropical jungle of the first game in favor of the “concrete jungle” of New York City.

The change to the gameplay formula is very obvious, as Crysis 2 plays less like a tactical FPS and more like a conventional fast-paced console shooter.

This was to be expected, considering that the developers tried bringing the sequel closer to a wider audience, which meant appealing to console gamers and creating more console-friendly controls.

That said, the levels are more linear, and the nanosuit powers are now activated contextually instead of being presented as separate modes that needed to be activated and switched between manually.

So, for example, maximum strength is activated by holding down the melee or jump button to hit harder or jump higher, and maximum speed activates faster when sprinting. Of course, switching between cloak and the default armor mode is still manual.

Now, while there is less freedom than in the original Crysis, many feel that the combat of Crysis 2 is more engaging overall. The more carefully designed levels make for better arenas, and aliens (now called the Ceph) are much more fun to fight here than in the first game due to their more humanoid mech suits and combat tactics.

However, one area where Crysis 2 inevitably suffered was in the graphics department. Naturally, the game doesn’t look bad, but the graphics were still downgraded to make Crysis 2 viable for consoles, as the first game suffered from serious FPS drops on the PS3 and the Xbox 360.

This was most apparent when it came to the lighting effects. Moreover, there is less foliage, and rendering distance is lower, which is understandable given the setting and the level design, but there are also fewer destructible environment objects, along with simpler reflections and light refraction.

Overall, while we feel that Crysis 2 is a good game in its own right, it never really matched the fame of its predecessor. 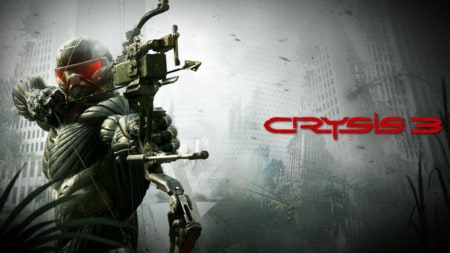 After the limited success of Crysis 2, Crytek tried to appease both the PC and the console fanbases by creating a game that would implement the best elements from both the first and the second game. And so, Crysis 3 was released in 2013.

As a result, the fans were presented with a game that took place in the more distant future in an overgrown New York City—thus allowing for level design that implements not only the more linear and tense environments of the second game but also more open ones with lots of foliage and more space for maneuvering.

When the gameplay mechanics are concerned, Crysis 3 keeps the controls more or less the same as in Crysis 2, allowing for more fluid and more controller-friendly input.

On top of that, the graphics were taken to another level, and while they weren’t quite as revolutionary for 2013 as the graphics of the first Crysis were for 2007, the game still looked downright amazing.

All things considered, Crysis 3 shaped up to be a good game that did a great job when it came to integrating the best elements from the first two games into a cohesive whole, providing the player with freedom of movement and making stealth more viable than in the second game, all the while also boasting more engaging action sequences than the first game did. 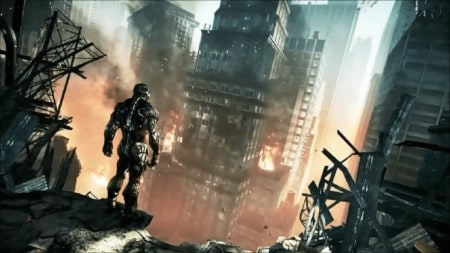 Crysis 4 and the Future of the Franchise

After the conclusion of the Crysis trilogy with Crysis 3, Crytek originally planned to continue the series, although the story presented across the first three games was definitely concluded. However, following some heavy restructuring in 2014, the studio shifted its focus to online gaming.

So far, Crytek has published two online shooters: Warface, a good-looking but bland game met with mediocre reception, and Hunt: Showdown, a more recent 2019 release that is probably their best game since Crysis 3.

Apart from that, they also released two VR titles (The Climb and Robinson: The Journey) and a third-person action game called Ryse: Son of Rome, all three of which felt more like graphics demos than games with actual depth.

At the moment, there are, unfortunately, no official plans to continue the Crysis franchise.

And those would be all the Crysis games released so far! Whether Crysis 3 was the definite end of the franchise as a whole remains to be seen, and we doubt that we’re the only ones hoping it wasn’t. 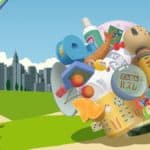