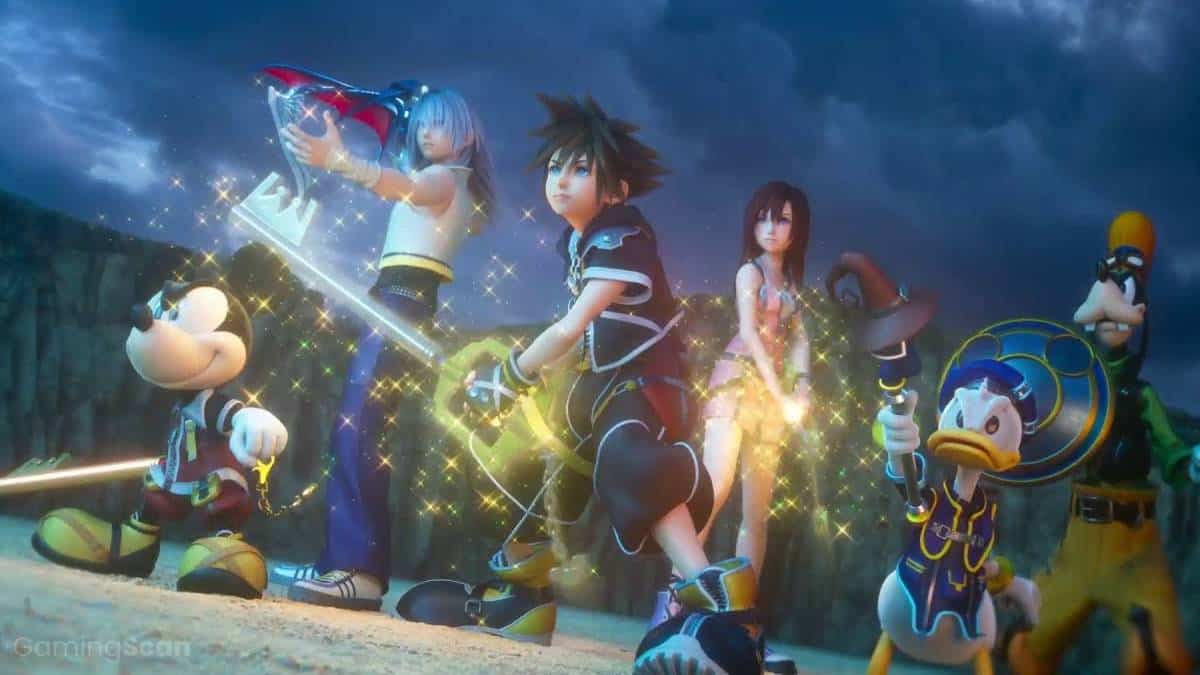 Four crucial elements go into the process of making every Kingdom Hearts game: cameos from recognizable Disney characters, an overly complicated plot revolving around “light” and “darkness,” an infinite supply of anime hair, and various key-shaped weapons with unique attributes.

Of course, we’re only poking fun at the series’ notoriously convoluted narrative, which sometimes manages to get in the way of an otherwise enjoyable action RPG.

However, an even bigger obstacle to overcome is KH’s release timeline, with many entries switching platforms between games. Combine this with Square Enix’s affinity for assigning the most random title to each game, and you have the perfect recipe for a series that’s hard to get into.

Thankfully, we’re here to make things simpler by breaking down each Kingdom Hearts game in order of release, which is the recommended way of experiencing the story.

We’ll be updating this list in the future following any new KH releases, so make sure to check back.

And if you’d like to receive more gaming recommendations, consider reading through our other curated lists: 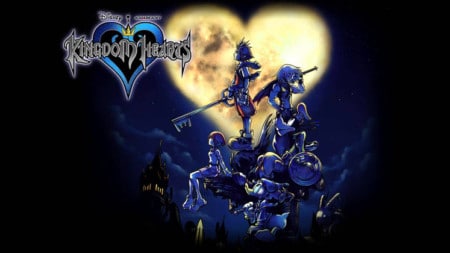 At the very start of the series, we have the first entry, Kingdom Hearts, which released for the PlayStation 2 in the early 2000s and sought to blend the worlds of Final Fantasy and Disney for a thematically dark action RPG with some surprisingly mature undertones.

The game was praised for its art direction and the cinematic presentation of its cutscene animations, which was truly impressive at the time.

The story was a bit complicated and hard to keep track of sometimes, but not to the point that it would detract from the overall experience.

Kingdom Hearts would go on to establish a cult following and see the release of numerous sequels and spin-offs, which introduced new characters and locations while expanding upon the series’ confusing and often convoluted timeline. 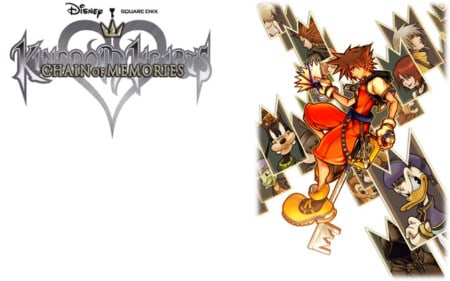 Chain of Memories marks the beginning of Square Enix’s decision to release KH games on multiple systems, as the game initially launched on Game Boy Advance and later come to PlayStation 2.

Shifting from the action-based combat of the first entry, Chain of Memories introduced a new strategic card battling system that players would execute in real-time.

Although the game introduced new characters, locations, and plotlines while setting the stage for Kingdom Hearts 2, it’s remembered as one of the worst entries in the series due to its gameplay structure.

Unfortunately for fans, Chain of Memories is one of the essential KH games for understanding the series’ overarching story and certain character motivations. 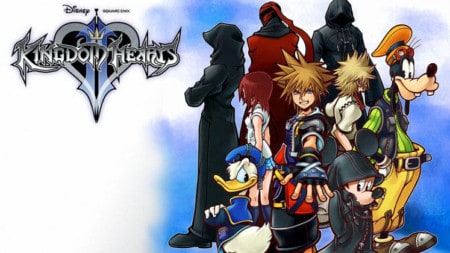 Widely considered to be one of the best games in the series, Kingdom Hearts II was released for the PlayStation 2 one year after Chain of Memories and saw the return of the original’s hack n’ slash style combat.

It was highly-praised for providing answers to numerous looming questions fans had been asking in regards to the story but still had its fair share of confusing moments, especially for fans that had skipped over Chain of Memories.

However, if you were one of the few players who had already done their homework on KH’s lore, chances are you would have been head over heels in love with everything KH2 had to offer, including superb voice acting and upgraded 3D graphics which were remarkable at the time.

Other new features, such as combat interactions between party members and a “Drive Gauge,” would go on to become series staples that were adjusted and repurposed in later games. 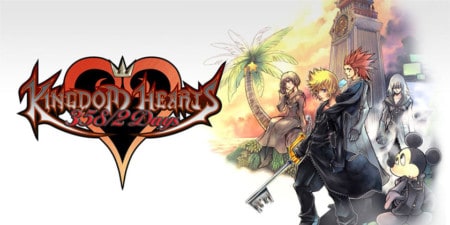 Four years later, Square Enix would pull the wool over fans’ eyes by releasing the next KH game on the Nintendo DS in place of Sony’s platform lineup, which at the time included PlayStation 3 and PlayStation Portable.

Kingdom Hearts 358/2 Days is a prequel to KH2 that explores the origin of certain characters such as Axel and Roxas, who reprises his role as the main protagonist while filling in some of the missing gaps between KH and KH2.

While its graphics were ultimately held back by the limitations of the Nintendo DS, 358/2 Days was praised for pushing the hardware to new heights that had previously never been achieved.

Experiencing the game’s story today is a lot easier thanks to the release of Kingdom Hearts 1.5 ReMIX, which includes roughly three hours of cinematics from the original game. 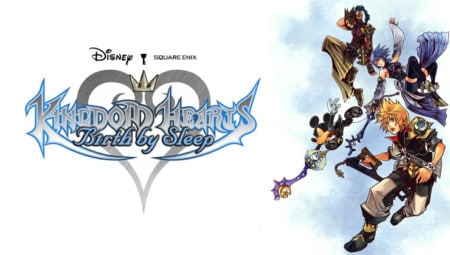 A year later, Square Enix would flip flop yet again, switching from the DS to the PSP for the release of 2010’s Birth By Sleep.

Instead of propelling the series forward, the game looked to examine the events leading up to the original Kingdom Hearts from the perspective of three playable protagonists, one of whom shared a striking resemblance to Roxas from KH2 despite being referred to as a completely different character.

This is where a bulk of the series’ confusing and convoluted plot points were first introduced in an effort from Square to make sense of Kingdom Hearts timeline of events.

However, considering each playable character would go on to play critical roles in later games, playing Birth By Sleep is absolutely necessary for understanding the entire KH’s story. 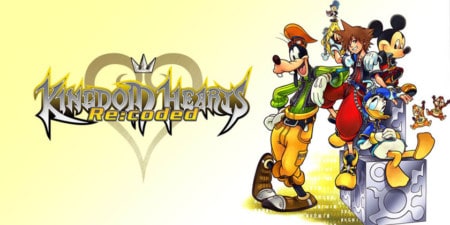 That same year, Square Enix would release a second KH game on DS titled Kingdom Hearts Re:Coded, which is a remake of the mobile game Kingdom Hearts Coded.

Although the game features some critical plot elements for the series going forward, a majority of them aren’t revealed until the very end, resulting in the majority of Re:Coded feeling largely forgettable.

The game has been frequently criticized for its camera issues, clunky controls, and a plethora of frustrating platforming sections.

Thankfully, players today have the option to skip the entire game and instead experience Re:Coded’s narrative via a movie version included in Kingdom Hearts 2.5 ReMIX. 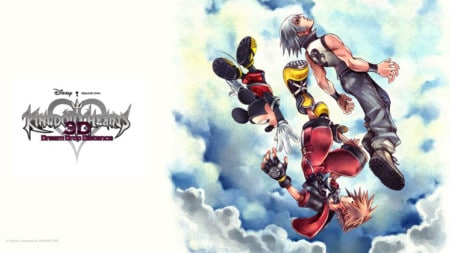 The next KH release would be for the Nintendo 3DS and greatly benefited from the handheld’s superior graphical capabilities over the DS.

The game builds upon many of the systems that were introduced in Birth By Sleep by incorporating more action-based gameplay. It also happens to feature some of the best boss fights throughout the series.

Its story set up the events for what would ultimately become Kingdom Hearts III. Today, Dream Drop Distance is best experienced through an updated version available in Kingdom Hearts 2.8 Final Chapter Prologue.

Playable through web browsers and on mobile devices, Kingdom Hearts χ (pronounced “chi” or “key”), stands out as one of the few games in the series not available on either Sony or Nintendo’s platform.

It’s one of the most important spin-offs for understanding the series’ overarching story as its set centuries before the first game and details the events leading up to the Keyblade War.

In it, players take on the role of a Keyblade wielder assigned to one of five rival factions fighting for control over the world’s remaining “light.” KHχ would later be converted into a short movie that’s accessible within Kingdom Hearts 2.8.

Aside from taking home the crown for weirdest/longest video game title, Kingdom Hearts: Birth By Sleep – A Fragmentary Passage also served as a tech demo for the long-awaited KH3.

As a result, the game is only a few hours long and features a story centered on Aqua and her continued journey through the Realm of Darkness.

Intended to prepare players for the upcoming sequel, A Fragmentary Passage introduced new gameplay mechanics such as “Situation Commands” while renaming existing ones (“Command Styles” would now be referred to as “Style Changes”).

While the game has been criticized for artificially extending its replayability via optional objectives, it ultimately served its purpose as a way for players to familiarize themselves with the new mechanics and systems. 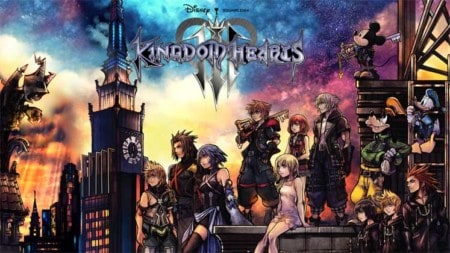 At last, we have finally arrived at the newest entry and third main installment, Kingdom Hearts III. Launching for both PlayStation 4 and Xbox One, KH3 is the first game in the series to appear on an Xbox console and would go on to become the fastest-selling and best-selling entry to date.

Considering it had been nearly 15 years since the release of KH2, Square had their work cut out for them in tidying up the series’ notoriously messy timeline for newcomers and returning players.

Even with all of the game’s quirks and awkward cutscenes, KH3 is one of the most accessible entries to date and arguably the most forgiving in terms of combat. A downloadable expansion titled KH3: Re:Mind was released in 2020 and introduced a new scenario connected to the ending of the main game. 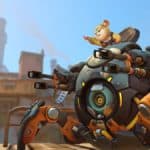