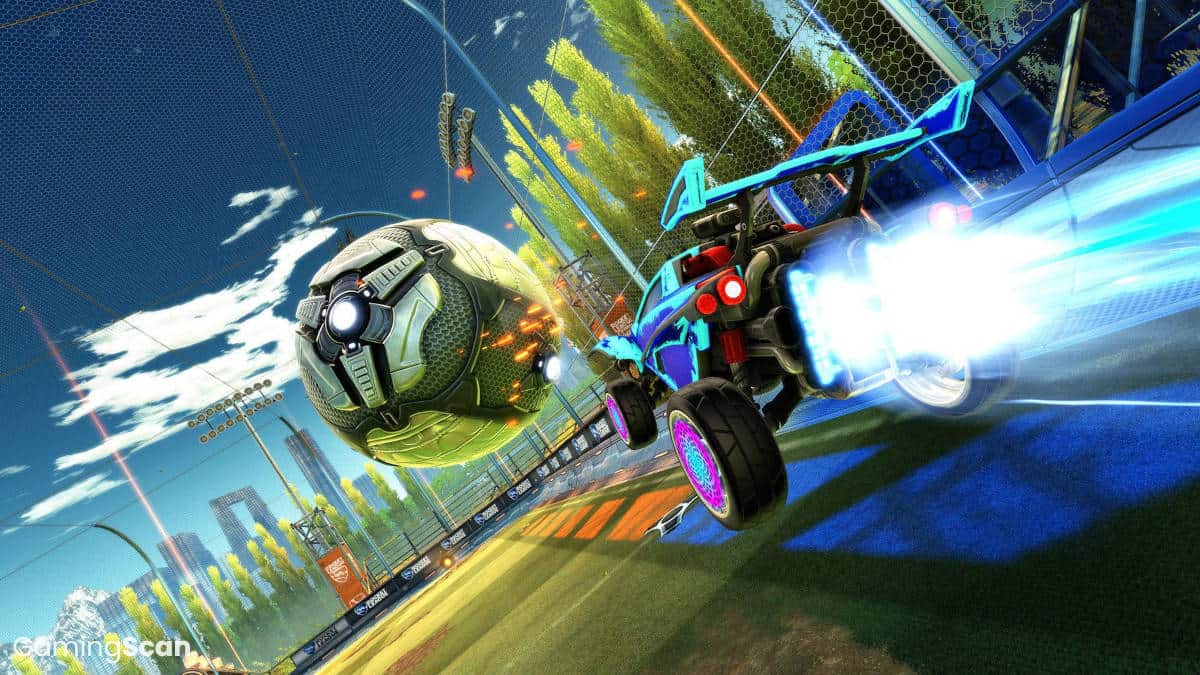 If you’re a new player looking for tips, tricks, and strategies on how to get better at Rocket League for beginners, then you’ve come to the right place.

Rocket League’s soccer-meets-rocket-powered-cars gameplay is just as satisfying and challenging to master in 2022, so the best way to get better is to practice and learn from the pros.

In this guide, we’ll share the most important tips, tricks, and strategies for Rocket League beginners to help you climb up the ranks and hone your skills.

We’ll cover many topics, including tips for adjusting Rocket League game settings, learning the basic controls and mechanics, and coordinating with your teammates out on the field.

After you’ve spent some time practicing or even completed a few matches, you may realize you’re not content with Rocket League’s default camera setup.

Thankfully, the game allows you to go in and fine-tune a large number of different settings, such as field of view, camera distance, angle, height, stiffness, and swivel speed just to name a few.

In some cases, camera settings can make or break your in-game performance, so take the time to mess around with different setups and head over to the practice area to see how they look.

While every player has their preferences regarding camera positioning, you can refer to wikis, fan sites, and YouTube videos to see how pro Rocket League players set up theirs.

Another important step on the road to mastering Rocket League is coming to grips with the game’s controls, which will serve as the foundation for more advanced techniques and tricks.

The main things you’ll be doing are accelerating, boosting, dodging, braking, reversing, jumping, and flipping, so make sure to spend some time practicing with each of these in the practice area.

Boosting requires you to drive over pads scattered throughout the field to fill your meter while dodging makes your car perform a sideways flip by jumping once and then again while pushing the left stick either left or right.

Braking and reversing are fairly straightforward, though if you need to stop or turn around quickly, hold down the power-slide (handbrake) button and tilt your left stick in the desired direction you wish to turn.

Building off the last tip, there are several core movement mechanics in Rocket League you’ll want to practice before heading into ranked matches.

We briefly touched on boosting and dodging, so all that’s left is double-jumping, flipping, demos, and performing basic aerial maneuvers.

Double-jumping is exactly like in other games, press the jump button once, then again to increase your height; flipping is similar to dodging, only instead of going left or right you flip forward or backward to go faster.

Demolitions, or demos, occur when you crash into an enemy car at full speed using boosts; lastly, aerials require you to jump, tilt your car back by roughly 45 degrees, and hold down boost to soar across the field.

Don’t Be Afraid to Demo

Demos are among the most controversial and divisive mechanics in Rocket League, with many players avoiding them altogether and even looking down on players who seek out demos in-game.

Regardless of personal preference, they are a core mechanic built into the game and can provide a lot of value to your team or headaches if you’re on the receiving end.

If done correctly, demos will open up holes in your enemy’s defense and allow you to score while the opponent is respawning and their lone teammate scrambles to defend the goal.

Some players even take it upon themselves to act as enforcers, cruising around looking for opportunities to blow up the opposing team any chance they get.

Learning how to utilize the ball cam is an extremely useful skill in Rocket League that can help you stay focused on the ball’s location at all times.

You can switch between ball cam and car cam by pressing Y, triangle, or whatever input it’s mapped to in your control scheme and different situations will require you to prioritize one over the other.

With the ball cam switched off, you’re able to move around the field more freely, allowing you to race back to defend your goal more easily, or line up demos on the opposing team.

That said you’ll probably want to keep the ball cam switched on for the majority of matches until you feel more comfortable swapping back and forth between the two.

Get Into the Habit of Rotating with Your Teammates

When you’re first getting started in Rocket League, positioning is critical to developing good player habits and avoiding becoming the kind of player who just charges after the ball constantly.

The best way to prevent this from happening is to actively rotate defending duties with your teammate(s) to ensure the goal is never left unattended.

If you notice your teammate pushing the ball towards the enemy’s goal, position yourself in front of your own goal in the likely event they miss and the opposing team gains control of the ball.

Things get a bit trickier during 2v2 and 1v1 matches, but a general rule for 3v3 and 4v4 is two players on offense, one on defense at all times; communication is key!

Communicate with Your Teammates

Unless you’re exclusively running 1v1s, you should get into the habit of communicating with teammates either via voice chat or using Rocket League’s built-in text chat.

Ideally, you’re in a call with friends working together to get that win, but the default text chat can do you some good depending on how receptive your teammates are.

Something as simple as saying “Defending…” before kick-off can let your teammates know the ball is all theirs and you’re more than happy to play goalie for a bit.

“I’ve got it!” also works when you’re in the ideal spot to take the kick-off, though unfortunately, you can’t always count on your teammates to look at or even cooperate with your suggestions.

Everyone’s first instinct in Rocket League is to attack the ball anytime it comes near them, or even worse, constantly look for a shot even when their teammate is in a better spot to do so.

This is less likely to happen if you’ve committed to rotating with your team to ensure someone’s always on defense but in the heat of the moment, it’s okay to make mistakes.

Just try to get into the habit of quickly assessing whose better suited to take the shot, you or your teammate, factoring in your current positioning and where the opposing team is situated.

In many cases, you’re better off just hanging back and defending until you see your teammate setting up a pass you’re confident you can crush.

Good boost management can often make or break your performance during a match, so get into the habit of monitoring your boost usage from the beginning of your Rocket League career.

Having no boost can mean failing to capitalize on an open net, or even worse, being unable to reach your goal in time to prevent the enemy from scoring (remember to rotate!).

Instead of keeping your finger glued to that boost button, use forward and backward flips to quickly accelerate without using up any precious boost.

Another good strategy is to steal boosts from your opponents’ side to make things harder for them, but only if you can do so without going out of your way or breaking your team’s rotation.

Use Every Surface to Your Advantage

A lot of your time in Rocket League is spent trying to recover after a failed shot causes the enemy to gain control of the ball, forcing you to scramble back to your goal to defend.

As a result, you won’t always have enough time to get into the “ideal” positioning on the field and will often have to improvise and work with what you have.

Rocket League is pretty flexible when it comes to which surfaces you can drive on, with basically everything up for grabs, including walls, ceilings, and even your own goal.

Use this to your advantage to get to a higher elevation and block an incoming goal by combining other moves in your repertoire such as dodges, double jumps, and power slides.

The fact that Rocket League features so many different vehicles, both free and paid DLC ones, may lead you to believe some perform better than others.

While it’s true that each car has a different hitbox and a slight edge in performing certain maneuvers, they more or less function the same, making their differences almost entirely cosmetic.

If you want to get super in-depth about the pros and cons of each vehicle, there are YouTube videos and guides that break down the minute stats for every Rocket League car.

Many pros like to use Octane, the first car you start the game with, though we encourage you to try them all out and see what works best for you; some other great options are the Dominus, Breakout, and ‘16 Batmobile.

Get Better by Using Training Packs

To wrap things up, our final suggestion is to set aside some time in the practice area and go through different Rocket League training packs.

The game already includes some basic tutorials designed for varying levels of experience, but you can find more simply by browsing or getting recommendations from fan sites and YouTube videos.

They each run through different aspects of the game and can go a long way towards refining your skills and game sense logic regarding positioning, shot angles, aerial maneuvers, and defending.

It’s honestly surprising how much you can improve simply by spending ten or so minutes in the practice area at the start of each session, allowing you to warm up and prepare for the real thing. 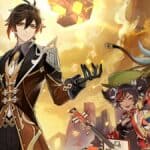 How To Get Characters In Genshin Impact?
Related Topics Tags