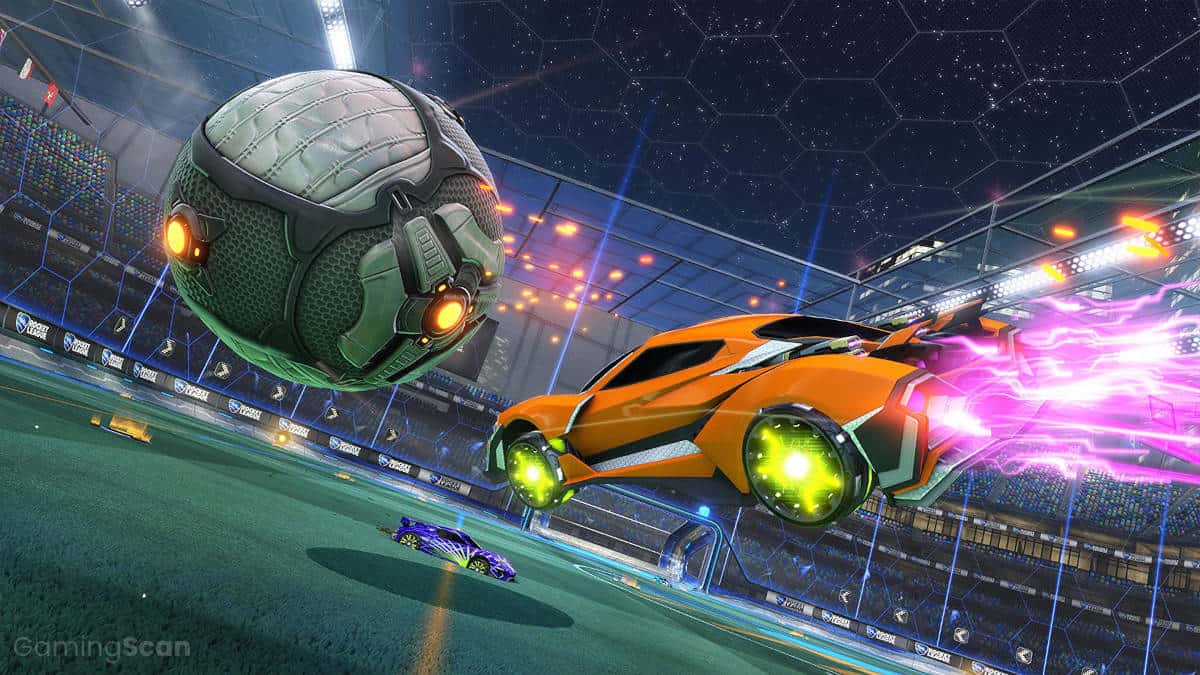 Rocket League has gone through a lot of changes since its release, including going free-to-play, adding crossplay support, and becoming a competitive eSports staple.

Its simple ‘soccer meets vehicular combat’ gameplay can provide hours of enjoyment and there are a bunch of cosmetic options for customization your car and standing out from the competition.

We’ll be updating this list in the future with new titles, so make sure to check back and let us know if we missed any of your favorite games like Rocket League!

The premise is as follows: legendary chefs from around the world come together to compete in a sports tournament and prove their culinary skills.

It’s basically Rocket League if you swapped out the cool-looking cars with themed food trucks based on different cuisine and used a giant tomato as the ball.

Can’t Drive This is a competitive multiplayer racing party game that sees one person attempting to drive through tracks created by their opponent in real-time.

If you’re the driver, your goal is to survive anything the track-builder throws your way, including obstacles like ramps, wet roads, rings of fire, and more.

Like Rocket League, there are plenty of mind games to be had as both the driver and builder try to outmaneuver and surprise one another in hopes of winning.

There are a ton of unlockable parts and cosmetics to pimp out your ride, and the game supports 2-player online multiplayer and up to 4-player local split-screen.

Our next recommendation is a spiritual successor to the FlatOut series and uses soft-body damage modeling to take vehicular combat to new heights.

Wreckfest sees you crushing, smashing, and ramming your way to victory across different game modes where the goal is to either come in first place or be the last car standing.

Similar to Rocket League, winning requires a careful balance of offense and defense since your vehicle is also vulnerable to damage.

Supraball is another action-packed competitive football sports game where the objective is to get the ball into your opponent’s goal.

It features a first-person POV with each player wielding a device that lets them catch the ball midair before charging and releasing it to either pass to teammates or shoot at the net.

Like Rocket League, the game centers around basic controls and objectives that provide a surprising amount of room for creative strategies, including trick shots.

Additionally, both games are free-to-play and have large communities, meaning you have nothing to lose by giving Supraball a shot.

Although Knockout City is still finding its footing in the online multiplayer sports arena, the fast-paced dodgeball game has already proven itself as a viable alternative to RL for competitive players.

Gameplay focuses on catching and throwing various balls with unique characteristics at your opponents in hopes of knocking them out, though the tables can easily turn if they manage to catch your ball.

Thankfully, your options aren’t limited to what you can do with a ball in your hand, with your character able to summon an air glider, tackle enemies, or roll themselves into a ball for an ally to throw.

Knockout City includes several game modes that introduce new ball types, environmental hazards, and objectives across each of its maps, along with unlockable cosmetics and a battle pass reward system.

Another free-to-play combat racing title, Heavy Metal Machines feels like a cross between Rocket League and League of Legends with an emphasis on MOBA game mechanics.

In it, 4v4 teams compete to score goals on each other while controlling vehicles outfitted with lethal weapons reminiscent of the power-ups in Rocket League’s Rumble Mode.

However, since Heavy Metal Machines is a MOBA first and foremost, each vehicle type is assigned unique powers and stats which lend themselves to a certain playstyle.

Additionally, like Rocket League, the game can be played both casually or competitively across Ranked and Colosseum Tournament modes that offer exciting prizes and bragging rights.

If you want an arcade racing experience with Rocket League’s ability to blow up other cars, then Burnout Paradise Remastered is a great alternative with up to 4-player online multiplayer.

It’s essentially an enhanced version of the original Burnout Paradise released in 2008 with a host of technical and visual improvements as well as extra content.

This includes the original’s 150 vehicle roster and eight DLC packs that add over 100 cars, ten tracks, and extra challenges for you to take on.

As one of the few racing games to feature a fully explorable open-world, Burnout Paradise is littered with hidden shortcuts, ramps, and destructible billboards that reward you for smashing through them.

While it may be a far cry from Rocket League’s football-centric gameplay, Mario Kart 8 Deluxe really nails the concept of chaotic car combat thanks to an abundance of power-ups and great track designs.

Originally released for the Wii U, this modified port is the definitive way to play MK8 in 2022 and includes all post-launch DLC along with some extra features.

This includes an expanded roster that adds Bowser Jr., Dry Bones, King Boo, Gold Mario, and Inklings from the Splatoon series as well as a revamped Battle Mode.

Like Rocket League, the game supports both local and online multiplayer for up to 4-player split-screen or 8-player online racing.

Gameplay has you and an opponent hitting a baseball that travels more quickly each time it’s struck until it eventually reaches Mach speeds.

If you can maintain your composure long enough, you’ll eventually start to see the ball freeze mid-air as mind-bending visuals play out on screen.

Like Rocket League, Blaze features basic controls and straightforward objectives that can be easy to learn but hard to master at the pro level.

Designed for 1-4 players, it sees you competing to rescue victims before your opponent can, using your trusty rescue helicopter and an assortment of game-changing power-ups.

Instead of hitting a ball into a goal, you’ll have to pick up rescue victims and transport them to a safety net while the opposing team tries to snatch them up.

It offers a wide selection of pilots to play as, multiple levels in distinct settings, and numerous helicopters you can customize with stickers.

Coming from Pathea Games, the team behind the farming sim RPG My Time at Portia, Super Buckyball Tournament is an upcoming action sports title currently in development.

It takes place in a near-future cyberpunk world where athletes from all backgrounds compete in a modified version of soccer that emphasizes character abilities and real-time physics.

In Super Buckyball Tournament, each character is assigned a unique toolkit that lets them approach challenges in their own way, whether on attacking or defending.

Like Rocket League, there’s a lot of room for mastery, including lining up trick shots and strategizing with teammates in order to secure goals.

The last unreleased game we’ll be highlighting is Roller Champions, Ubisoft’s upcoming free-to-play online sports game due out this year.

It’s best described as roller derby with a splash of Rocket League and a cartoony, colorful aesthetic reminiscent of titles like Fortnite.

Related:Best Upcoming PC Games 2022 (And Beyond)

Each match sees two teams battling for control over a ball as they try to score goals on a wall-mounted hoop while passing, tackling, and performing stylish tricks.

As players win matches and improve their reputation, they’ll earn new fans and unlock gear customizations for their character. 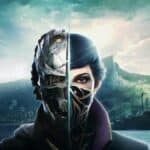